Monday marks the 10 year anniversary of our road trip through North, Central, and South America. That’s 3,653 days of full-time travel in the Americas. It’s been a great decade full of the kinds of ups and downs that come with life on the road. We mean that literally and figurative. A couple of weeks ago we reached our highest point on the road so far at 15,916 feet (4,851 meters) on the drive from the Paso de Jama border crossing from Argentina into Chile. After around 183,000 miles (28,000 km) we’re getting pretty good at this and we’re looking forward to many, many more years on the road as we continue south to Tierra del Fuego, then back up again. However, in one important way we fear we’re going backward. 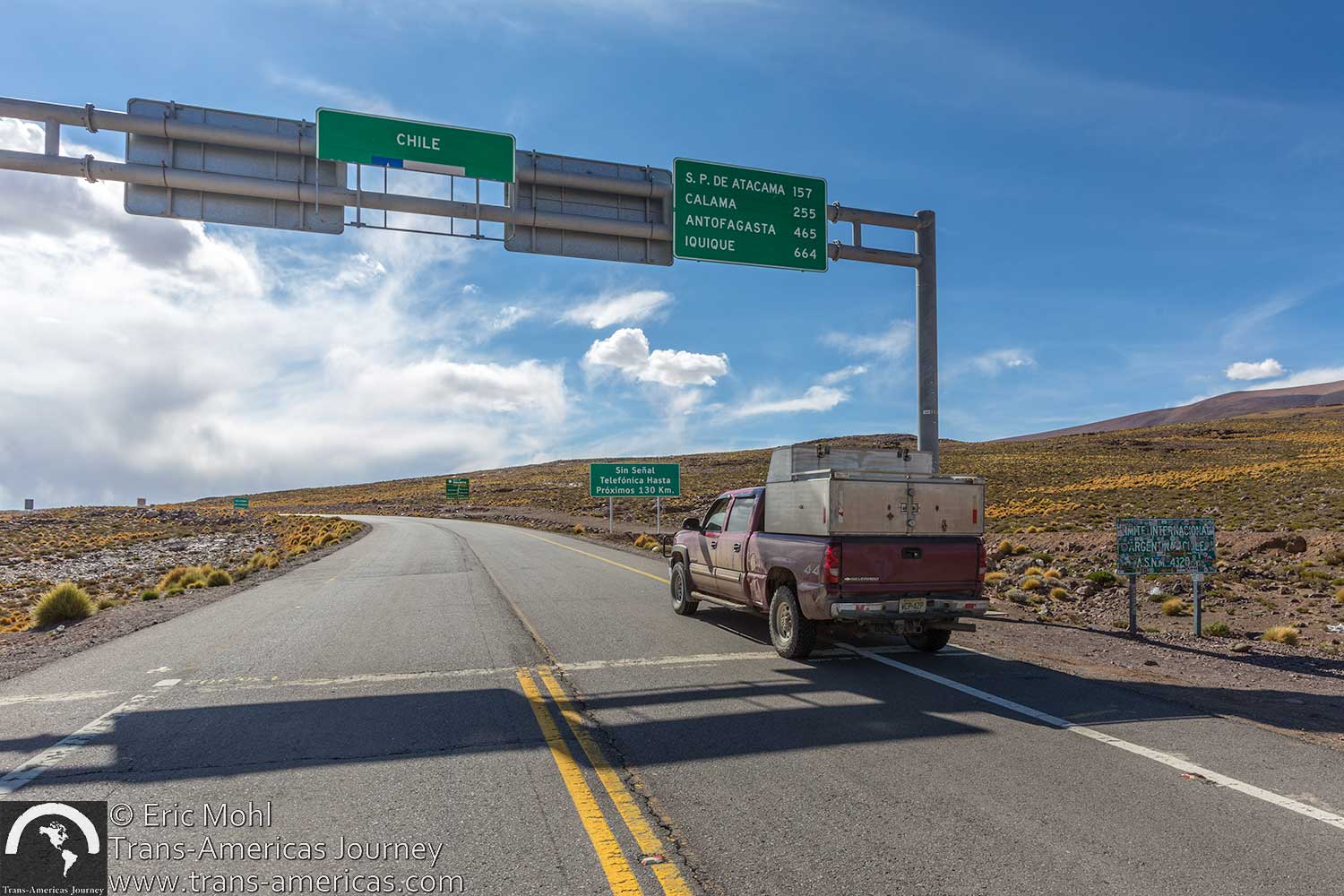 A couple of weeks ago we crossed from Argentina into Chile and headed to the highest point on the road (so far).

The main goal of the Trans-Americas Journey is to take our careers as travel journalists on the road to be better at our jobs and better at life. But our little road trip has always had a trickier subtext.

On September 10, 2001 we were focused on building a long-term working trip through Africa. Then the attacks of September 11 happened. We lived three blocks from the Twin Towers and when then President George W. Bush stood on a pile of debris in our backyard, picked up a megaphone, and vowed to get “them” it struck us as blindly jingoistic and dangerous.

Somehow “they” were going to get “us” if “we” didn’t get “them” first. Those vague divisions only got more pronounced: if you weren’t with us you were against us and that went for anyone outside or inside the US. Red states and blue states weren’t far behind.

We realized that we didn’t understand our own country and questioned why we’d spent so many years traveling so far from home. We put our Africa plans on the shelf for another day and decided to focus on the US and her neighbors instead. The Trans-Americas Journey was born. Feel free to read more about how the attacks of September 11 inspired our Trans-Americas Journey.

We’ve come close to losing this iconic symbol of US freedom once before.

Even as we were laying the considerable ground work needed to create a working road trip through the Americas, we had a larger goal in mind: to look at what it means to be good global neighbors as the United States of America seemed to be getting more and more isolationist. Who is “us”? Who is “them”? And what about a more global or even regional concept of “we”?

After all, everyone from North, Central, and South America is American, not just those of us from the United States. There are many Americas and many Americans and there’s strength in that. The ‘S’ after the word America in the name of our project? That’s not a typo. 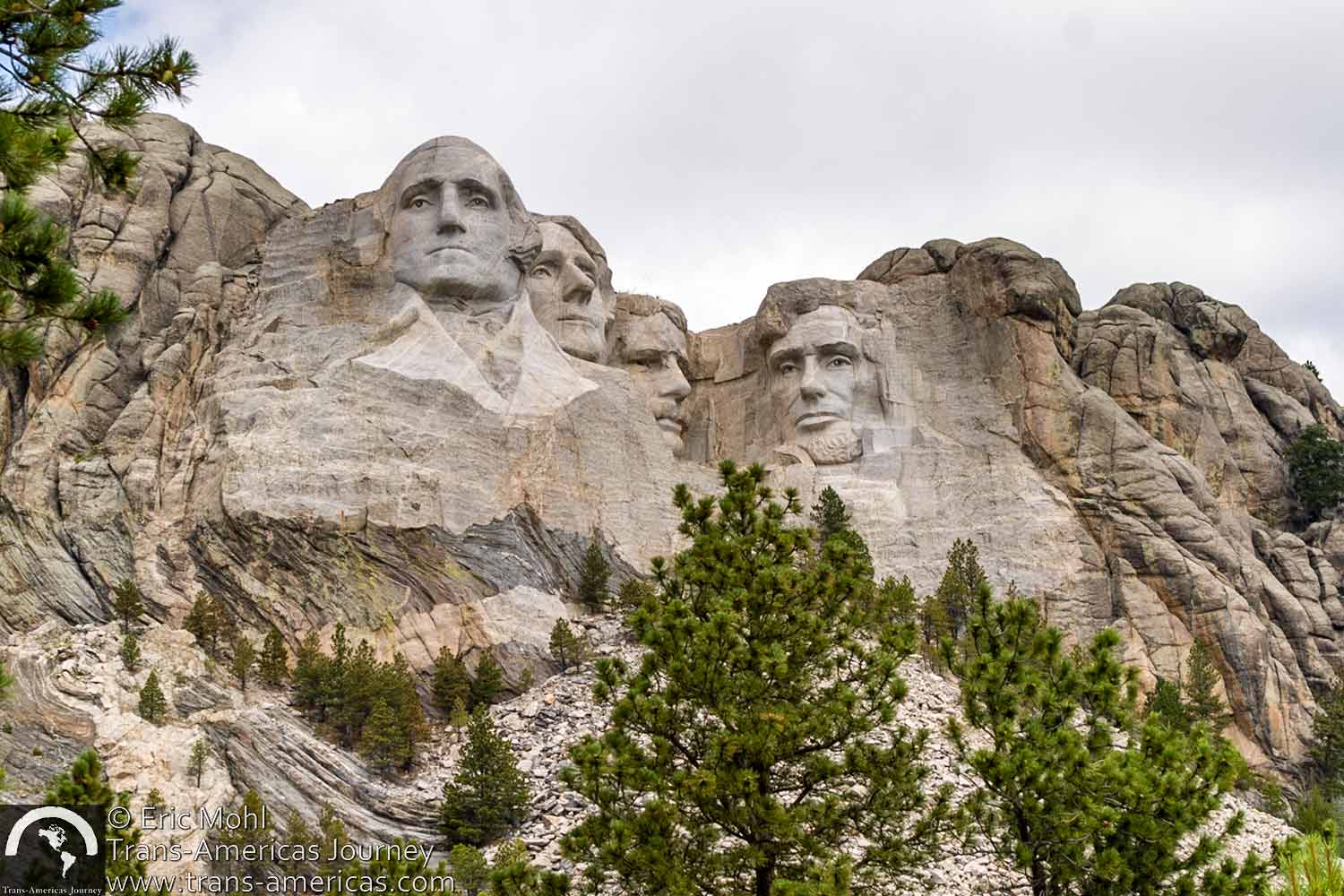 If this wall could talk…

We believe that understanding that small detail creates a crucial shift in perspective which turns the idea of “us and them” into the much more beneficial idea of “we.” Anyone who’s traveled knows this already because many of the most fundamentally good elements of travel come from the fact that it’s an act of being together, not apart.

On the road through three Presidents

We spent the first 2.5 years of our Trans-Americas Journey road trip primarily in the US where George W. Bush was in his second term. Slowly, tentatively US citizens were coming to terms with new fears about domestic terrorism (fears much of the rest of the world had been grappling with for years).

Some people we met were becoming more and more insular. Others, however, believed that disengaging from the world or going to war with it weren’t the only options, or even the best ones. Those people wanted a middle ground where they could have security without fearing everything and everyone around them. 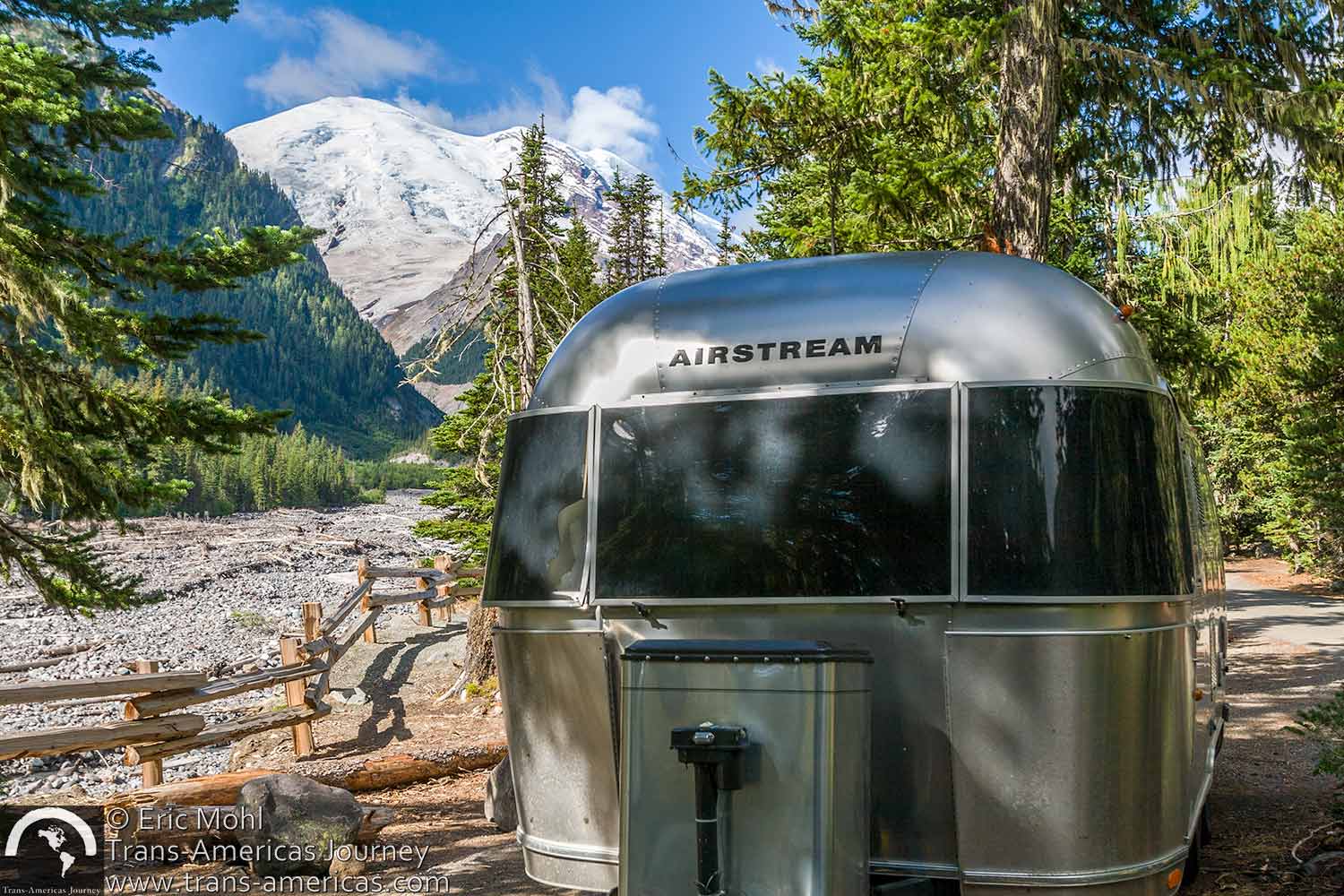 We listened to the historic nomination of Barrack Obama as the Democratic Presidential candidate in 2008 in this Airstream in this campsite in this US national park.

We listened to the 2008 Democratic National Convention on satellite radio in an Airstream in a campsite in Mount Rainier National Park. By the time we’d crossed south into Mexico President Barrack Obama was well into his first term and we felt that the search for middle ground was growing in the US, like a pendulum becoming less and less polarized as it slows down and lingers in the mid-swing.

During Obama’s second term, our road trip moved further south through Central America and we traveled with a feeling that, despite clear and present problems, the world was predominantly on the right track. The pendulum was still slowing and finding its sweet spot somewhere in the middle.

We followed the most recent US Presidential election cycle on TVs throughout South America. We voted at the US embassy in Brasilia, Brazil. We watched the results come in at our friend Mauro’s apartment in São Paulo. Now, rather than settling down to find middle ground, the pendulum of “us and them” in the US seems to be swinging more wildly than ever. 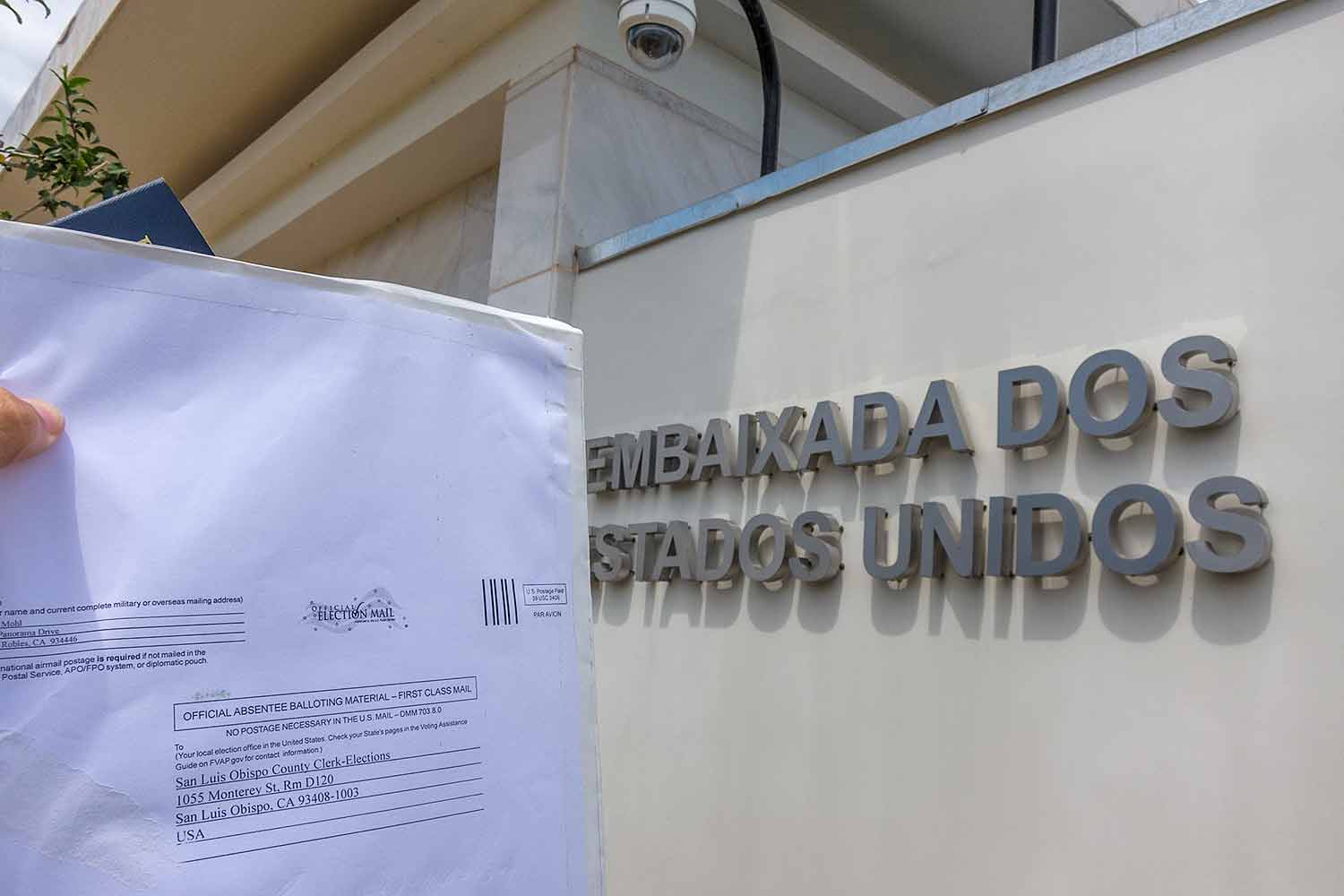 Our 2016 Presidential election ballots being dropped off at the US embassy in Brasilia, Brazil.

The blind, jingoistic rhetoric of “we” better get “them” before “they” get “us” is back and it’s louder than ever. It also now applies to more than just suspected terrorists and comes with a fresh coat of racism put on with a very wide brush.

Because of our 10 years anniversary, journalists have been asking us a lot of questions including questions about what we’ve learned in all that time on the road. That one always stumps us. However, one thing we’ve learned is that we all need “we” and we’re all better together than we are when we’re divided.

Also, we’ve still got a long, long way to go.