There’s a reason phrases like “past-its-prime” and “back in the heyday” are trotted out when describing Acapulco, Mexico. But there’s also a new cool emerging in Mexico’s original beach resort town. Let’s get into it in our Acapulco travel guide. 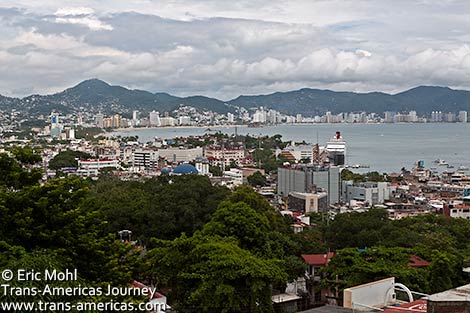 Acapulco past and present

In the 1950s Acapulco became a much-publicized playground for the likes of Elizabeth Taylor and John Wayne and almost every other star of the era worth his or her salt.

Today, Acapulco has a weird rudderless feel with old and new, good and bad, slum and slick, tourism and terrorism (15 decapitated bodies were discovered in Acapulco as we post this) all mixed up in a haphazard way that gives the impression that no one is at the helm. The main drag is teetering dangerously close to becoming a kind of Mexican Vegas strip (or, worse, an even lower-rent Cancun) with an increasing number of big resort hotels and chain restaurants and nearly constantly clogged traffic. There’s no apparent downtown or center. The beaches are nowhere near Mexico’s best.

Yet there’s still a whiff of what used to be and a few investors and entrepreneurs are slowly working to breathe new life into Acapulco without discarding its still-marketable history. Increasingly, Acapulco is attracting Mexico’s hyper-hip jet set (it’s within easy long-weekend distance of Mexico City) and when we were in town we got a taste of some old cool, some new cool, and some truly delicious (and historically correct) food.

What to do in Acapulco, Mexico

This town is all about water, so head to the beach or the hotel pool and do not miss the famous (and rightly so) La Quebrada cliff divers. The world’s coolest divers still leap off a very high cliff into the tumultuous water below.

Where to eat and drink in Acapulco, Mexico

While eating on a budget in Acapulco can be a challenge, the only challenge you’ll face if you’re splurging is choosing which world-class restaurant to try. Eduardo Wichtendahl, owner/chef of Restaurant Zibu and the son of Susanna Palazuelos (a top caterer and author of Mexico: The Beautiful Cookbook) made the decision easy by inviting us to his Zibu restaurant. Eduardo is an accomplished chef and the Acapulco native has blended food and history in tempting and surprising ways that preserve authentic and unsung aspects of Acapulco’s past while feeding the present. 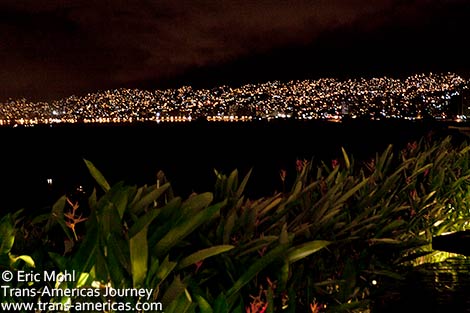 “Elizabeth Taylor did not discover Acapulco,” Eduardo said over dinner. Then he took us to school, explaining how Acapulco originally came into prominence and power as a port that received spices and other exotic ingredients from the Philippines and other  Asian countries including Thailand.

These foods eventually made their way into the local cuisine and that historic melding is why Eduardo opened a “MexThai” restaurant. The fusion cuisine (Eduardo has lived and cooked in Thailand) at Zibu earned Eduardo a Mexican presidential award for innovation in 2008.

We can’t actually hand out any awards, but Eduardo’s octopus carpaccio with cilantro and thinly sliced green apple, jicama soup (served cold, it reminded us of Indian raita), a desert of fried carrot strips over house-made coconut ice cream,  jaw-dropping views over Acapulco Bay and his charming commitment to honor the past 100 years of Acapulco’s history earned rave reviews from us.

Where to sleep in Acapulco, Mexico

If you want a crash course in the who’s who of Acapulco’s star-studded past just wander around the Hall of Fame Saloon at Hotel Mirador. Ann Miller, John Wayne, Bridget Bardot, Eddie Fisher, Rock Hudson, Maureen O’Hara, Tito Puente, Susan Hayward, Harry Belafonte, Eartha Kitt, Elizabeth Taylor plus various princes, kings, and queens…They all signed the walls with chalk and their inscriptions were later carved out and painted white. 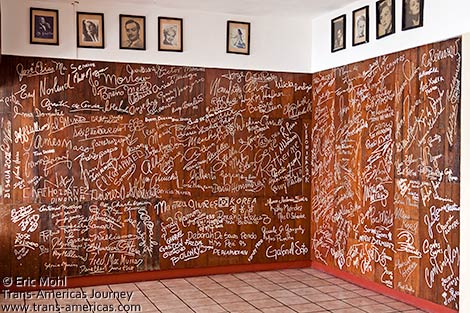 Just some of the autographs on the walls of the Hall of Fame Saloon at Hotel Mirador–part of Acapulco’s star-studded past. 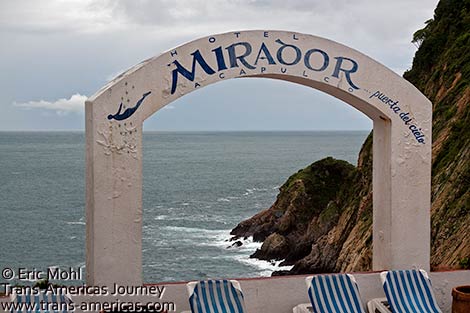 Iconic Hotel Mirador in Acapulco which, unfortunately, seems to be running on the fumes of its glittering past.

The Hotel Mirador is still regularly used as a location for movies and commercial shoots but that’s about as close to star-studded as the place gets these days. While we appreciate being put up at Hotel Mirador, it must be said that the hotel has become a damp, dirty, poorly-staffed shadow of what it was when Frank Sinatra had his own private suite there (if you’re a Frank Fan, ask for room #131).

It’s a shame that someone with vision (and cash) hasn’t snapped up this cliff side has- been and put some new polish on what could absolutely be a gem once again. 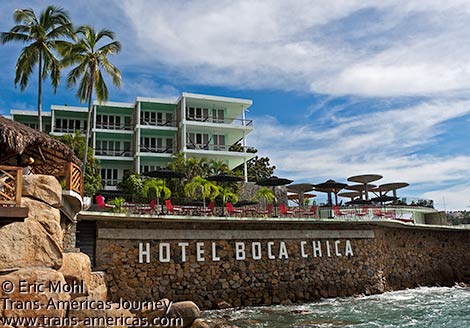 Hotel Boca Chica in its latest and greatest incarnation.

First opened in the 1950s (yep, we’re back to Acapulco’s heyday), the Boca Chica featured the city’s first sushi restaurant and provided the location for the opening shots of the movie Fun in Acapulco starring Elvis Presley. After struggling for years the hotel finally closed its doors in 1997. 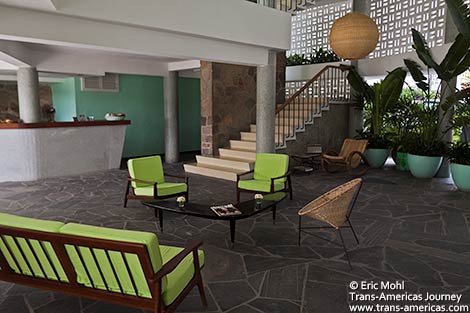 The open-air ’50s-fueled lobby of the re-invented Hotel Boca Chica in Acapulco.

After months of meticulous restoration, with the help of one of Mexico’s most famous ’50s era architects, the Boca Chica (which is part of Grupo Habita) re-opened in 2010 and now offers a thoroughly modern and completely hip version of its 1950s self at surprisingly reasonable rates. Read our full review of Hotel Boca Chica for iTraveliShop. 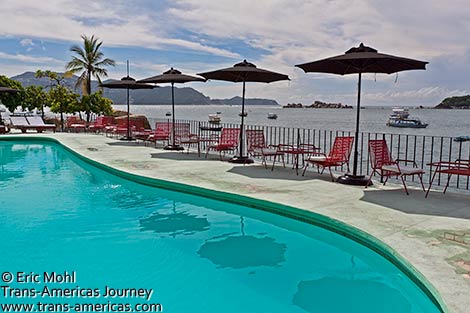 The starlet-ready pool at Hotel Boca Chica in Acapulco.