Hiking the Inca Trail in Peru (finally), exploring a wild area of Colombia that used to be off limits, visiting the remote archaeological site where the Incas made their last stand, and more. Welcome to part 1 in our Best of the Trans-Americas Journey 2018 series, our guide to the Top Travel Adventures of the year in Peru and Colombia. Part 2 covers the Best Hotels of 2018, part 3 covers the Best Food and Beverages of the year, and part 4 tells you all about our Top Travel Gear of the year. 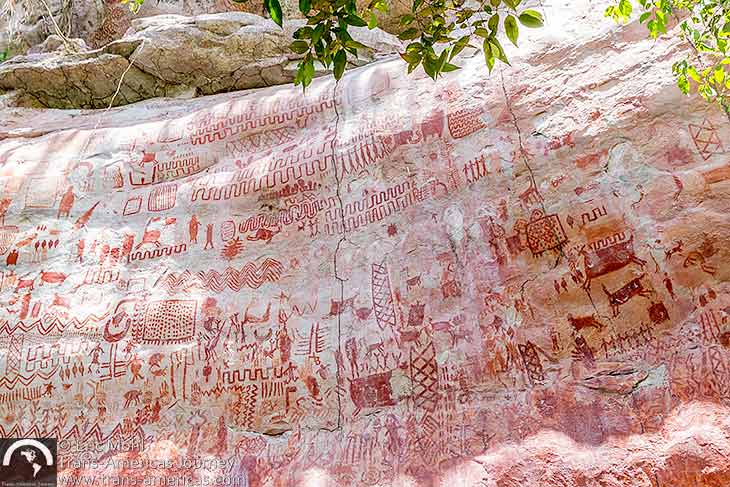 Best formerly off-limits adventure: Travelers to Colombia are benefiting as peace spreads (slowly but surely?) through the country following the signing of a peace deal between the government and FARC guerillas. Case in point: San Juan del Guaviare which has only recently fully opened to foreign travel after a long history in the hands of the FARC. We got there, along with dozens of Colombian travelers, with Outlanders and spent a few days hiking around the landscape which includes savannah and rocky mesas called tepuis (it looks a lot like neighboring Chiribiquete National Park which remains closed to visitors), swimming in the area’s many rivers (including a protected stretch that’s like a mini version of Colombia’s famous Caño Cristales), and seeing abundant and well-preserved rock-face pictograph paintings which are believed to be thousands of years old. Learn more in our full post about this physical and cultural adventure. 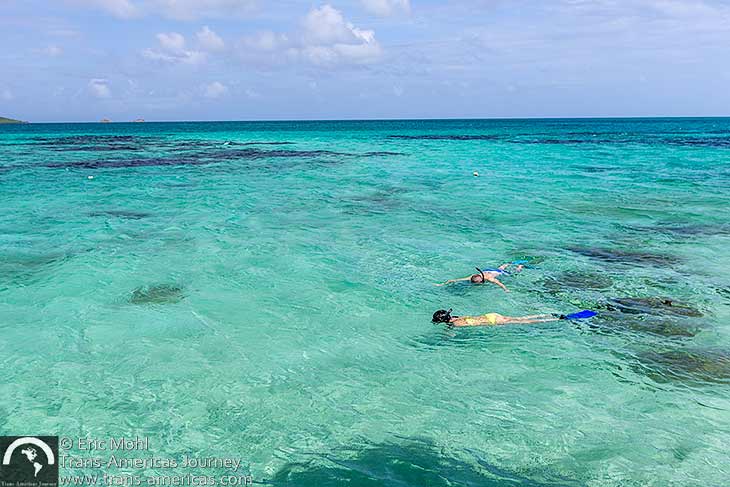 Snorkeling around Crab Caye off Providencia Island in Colombia. We believe that dark spot toward the left of the image is a sea turtle.

Best snorkeling: Can snorkeling be an adventure? Yes, when you’re snorkeling around Crab Cay, part of McBean Lagoon National Nature Park (17,500 COP or about US$5 per person), off Providencia Island in Colombia. The tiny islet is located so close to the island itself that you can kayak there (or take a boat which will provide masks and fins, run you out to Crab Caye, then pick you up when you’re done). The water around Crab Cay, named because of its shape, is shallow, warm, and clear. It’s favored by many types of fish and sea turtles, all of which you can watch up close as you snorkel around. Tip: head to Crab Cay as early as possible. The place gets crowded from about 10:30 am onward. Also, be aware that the local government has been experimenting with closing Crab Caye for one month out of the year to let the habitat rest and recuperate so ask about closures during the time you want to visit. 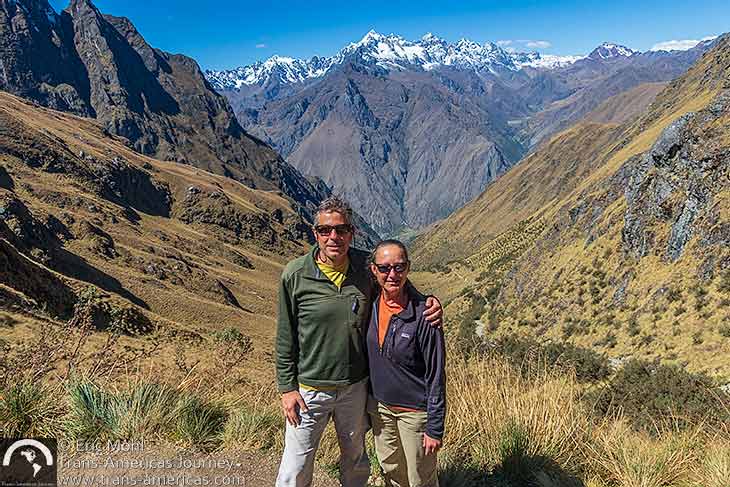 Us on the Inca Trail in Peru.

Best surprise on the trail: We’ve done plenty of hiking and trekking in Peru including the Ausangate trek (which remains our favorite), the Lares trek, and the Santa Cruz trek. But the country’s most famous trek, the Inca Trail, was not high on our list. Still, it’s a classic and you have to do it and so we did. To our surprise, our four-day Inca Trail trek with Apus Peru was not too terribly crowded, offered just the right amount of physical challenge, and really did culminate in a dramatic moment at Machu Picchu. Sometimes things are a classic for a reason. Get more information about the most iconic trek in Peru in our detailed day-by-day post about hiking the Inca Trail. 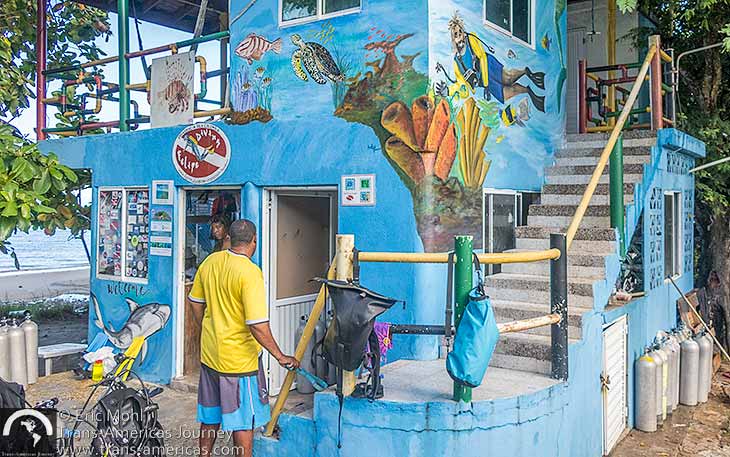 The beachfront office of Felipe Diving on Providencia Island in Colombia.

Best SCUBA diving: Back on Providencia Island in Colombia we also had the chance to go SCUBA diving. On the recommendation of friends, we went with Felipe Diving which has been offering diving around the island for years. It’s a bare-bones beachfront operation, but their gear was good, our group was relatively small, and the boat trip to the dive sites we visited was short. Even better? Great visibility, plenty of living coral and reef life, and lots of sharks. Oh, and NO WETSUIT. The water around the island was warm enough for us to complete 50-minute dives in just our UV Skinz rash guards without getting cold.

Best cultural adventure (plus a bonus jaguarundi): Hiram Bingham, the Yale South American history professor and Inca addict, is most commonly associated with Machu Picchu. However, he was actually in Peru looking for a place called Espiritu Pampa where Manco Inca, the last Incan ruler, retreated to as Spanish conquistadors moved in. It’s still an adventure to get to Espiritu Pampa. From the Sacred Valley, we drove for about nine hours over high mountain passes then down into a valley to cover the 180 miles (290 km) the small town of Kiteni (don’t believe the Google Maps timings – it’s rougher and slower than they predict). From Kiteni we drove for nearly four hours to cover just 31 miles (55 km) along sometimes rough, steep, and rocky dirt roads to reach the site itself. Though the Wari people may have settled here first, archaeologists have found Incan stonework, painted stucco, pottery fragments, and what’s thought to have been the home of Manco Inca. An intricate viaduct and stone spout are also at the site and that’s what convinced Bingham that he was finally in the right place. On our way out of the site, a jaguarondi with something in its mouth came down the trail. It saw us, sniffed the air, got to within 20 feet (6 meters) of us, then veered off into the undergrowth.