Today Alamos is part of Mexico’s elite group of Pueblos Magicos and is considered a national historic site, but it almost ended up as nothing more than a collection of ruins. 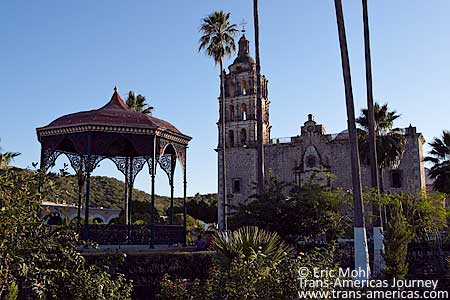 Getting to Alamos, Mexico

After driving across the Copper Canyon from Creel to El Fuerte, we veered off the pavement once again and hit the back roads headed for Alamos. Sure you can get there on the highway but there’s also a network of good dirt roads that connect El Fuerte and Alamos on a route that takes you through the Sonoran desert and past a few isolated villages, often on stretches of the original Camino Real.

The trick is knowing which way to go. It seemed like everyone suggested a slightly different route (frustrating) but we headed out anyway and only ended up making one wrong turn. 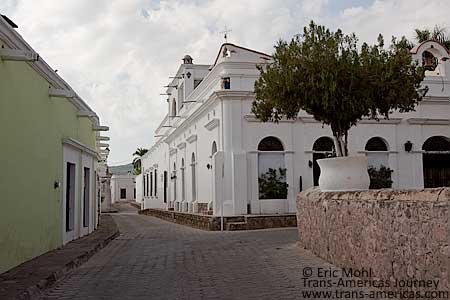 Wonderful architecture and pretty lanes abound in this Pueblo Magico.

The dramatic history of Alamos

In 1540, Alamos was the encampment of Francisco Vasquez de Coronado who was there as part of Spain’s efforts to turn the whole region into Nuevo Galicia. In 1683 silver was discovered in Alamos which was invaded again, this time by prospectors.

Town boomed to more than 30,000 people, then busted just as fast when the deposits became harder to mine. During the revolution in the 19th century Alamos was invaded many more times and by the 1920s most people had left and most buildings were in terrible shape. 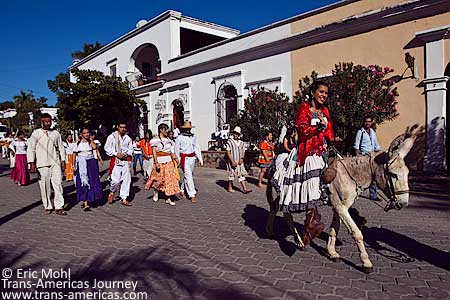 Children dressed up in period costume for the Revolution Day parade in Alamos.

Enter a new invader, this time a gringo, one William Levant Alcorn of Pennsylvania who arrived in the 1940s, saw potential in the ruins and decided to resurrect Alamos one building at a time, buying them up for $50 or $100 a piece. Alcorn eventually made a killing by publicizing Alamos and selling real estate in the town. There are still a number of streets and buildings that bear his name. 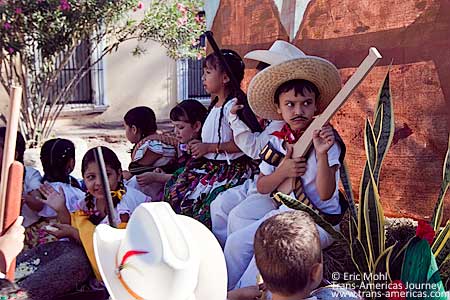 Today real estate agents still make a killing in Alamos which is a charming network of bright white buildings, cobblestone streets, and lots and lots of Americans and Canadians who (thankfully) seem to have as much pride in the town itself as they do in their lovely winter homes. By all accounts the expats here devote a lot of time, energy, and money to the local community providing funds and materials for everything from school tuition to costumes for local fiestas like the Revolution Day parade which we watched as it snaked its way through town. 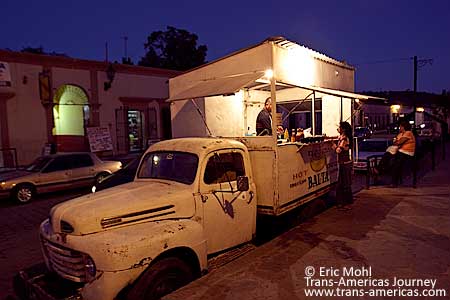 Despite the growing number of expats and artists and a mish-mash of B-list celebrities and socialites (including the late actor Carroll O’Connor, still-living actor Rip Torn, and an heiress to the Pabst Blue Ribbon fortune) who call Alamos home for at least part of the year, Alamos somehow manages to avoid feeling gringo-fied. Unlike other expat towns like San Miguel de Allende, the Americans and Canadians in Alamos seem genuinely invested in their Mexican neighbors and genuinely friendly to visitors just passing through, like us. (Thanks, again, for dinner Elizabeth! We had a blast!)

Another Alamos miracle? The Hacienda de los Santos Resort & Spa which we check into for three blissful days. The Hacienda is not so much a hotel as a personal dare owners Jim and Nancy Swickard imposed upon themselves back in late ’80s when they retired and bought not one but three neighboring haciendas and an 18th century sugar mill and set about renovating, connecting, and decorating them. 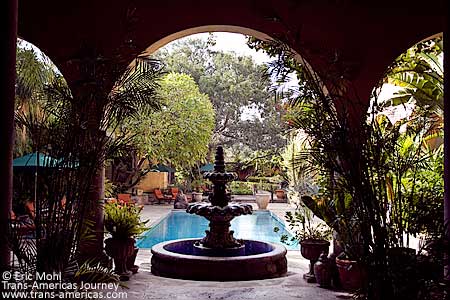 The entrance to Hacienda de los Santos in Alamos.

The result is a seamless melding of the once separate buildings thanks in large part to the Swickard’s incredible attention to detail and stubborn insistence on perfection and the fact that the hotel has remained in the family’s hands (daughter Jamie is now heavily involved too). From the collection of Spanish Colonial art and antiques to the four (count ’em) pools to the lush gardens and private 75 seat movie theater and small putting green there are marvels at every turn. 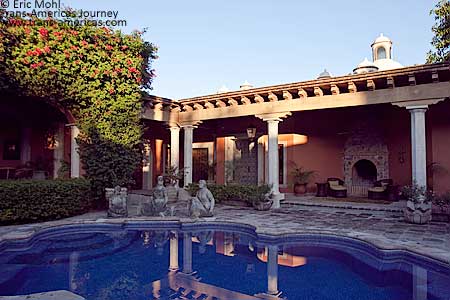 We celebrated Eric’s birthday with a wonderful rooftop dinner at Hacienda de los Santos serenaded by the Los Haceandados, the resort’s house band which features Jamie Swickard’s husband, Ramon, on guitar and vocals. 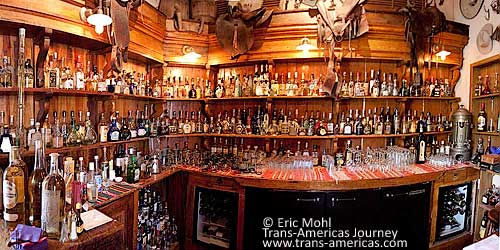 Just a portion of the more than 500 different tequilas on offer in the Cantina Zapata bar at Hacienda de los Santos Resort & Spa, even though owner Jim Swickard doesn’t drink. 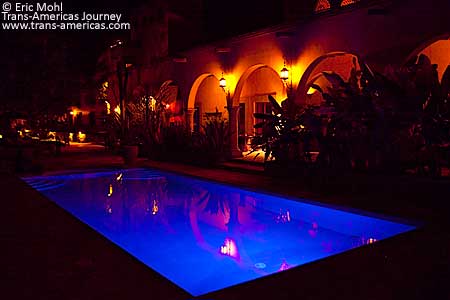 The pool in the main courtyard of the Hacienda de los Santos Resort & Spa–one of four pools at the hotel.

The Swickards also opened the more affordable (and kid and pet friendly) Posada Tacubaya B&B right around the corner.