We spent almost two weeks exploring the Amazon Basin in Ecuador near Yasuní National Park and along the mighty Napo River which is a major tributary to the Amazon. Start finding your Amazon adventure in Ecuador with a look at the serious community tourism and wonderful wildlife at Napo Wildlife Center Ecolodge. 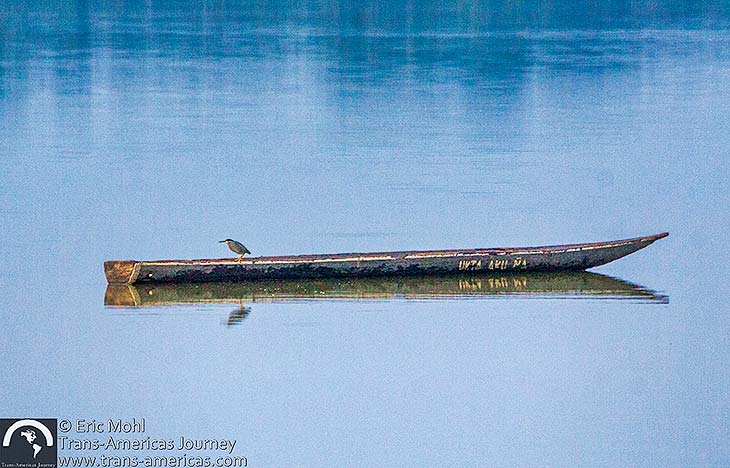 A bird and its boat on the Napo River in the Amazon Basin in Ecuador.

The world is full of so-called “community tourism” projects, especially in places like the Amazon where members of indigenous groups still live in YasuníNational Park. Too often there’s a token “community” element, but the management and even ownership have nothing to do with the community. 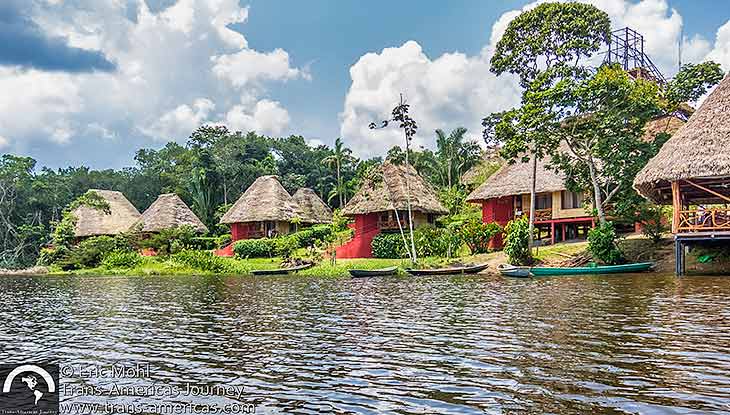 Napo Wildlife Center Ecolodge in the Amazon Basin in Ecuador.

At Napo Wildlife Center Ecolodge you can rest assured that the area’s Kichwa Añangu community is 100% in charge. And they’re doing a great job. There are 16 simple but very comfortable rooms and suites. Food is traditional and excellent. Truly eco measures abound (solar power, a ban on outboard motors, a low energy elevator, and more). But the lodge’s location on a remote oxbow lake and the animals that live there also make this place outstanding. 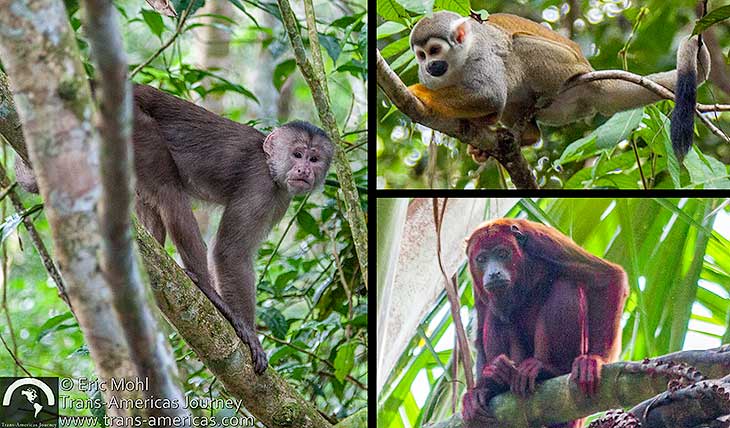 We saw many different species of monkeys during our stay at the Napo Wildlife Center Ecolodge. 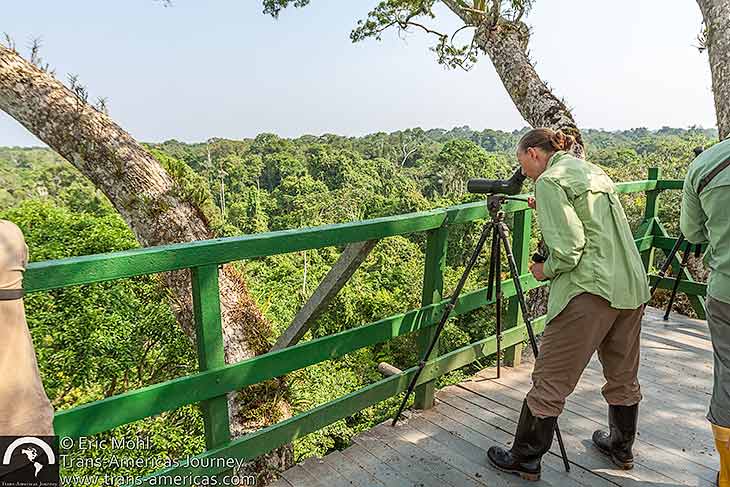 Guests can go on guided canoe trips or take a short hike to a nearby observation platform built 130 feet (40 meters) up a tree. This gives you an unobstructed view over the treetops where it’s easier to observe animals in the canopy, especially at dawn and dusk. 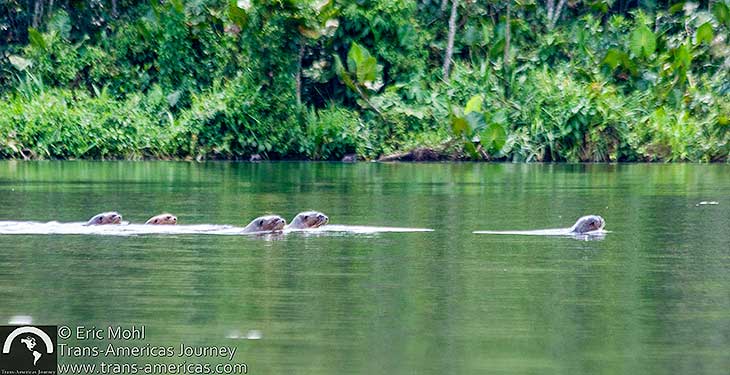 River otters may look cute, but they are fine-tuned predators and it’s humbling (and a bit frightening) to see them in action.

During canoe outings, we saw giant river otters (pictured above), white-fronted capuchin monkeys, snail kites, a porcupine with a long tail, red howler monkeys, and pygmy owls. From the canopy observation tower, we saw a three-toed sloth and more birds than we could name. 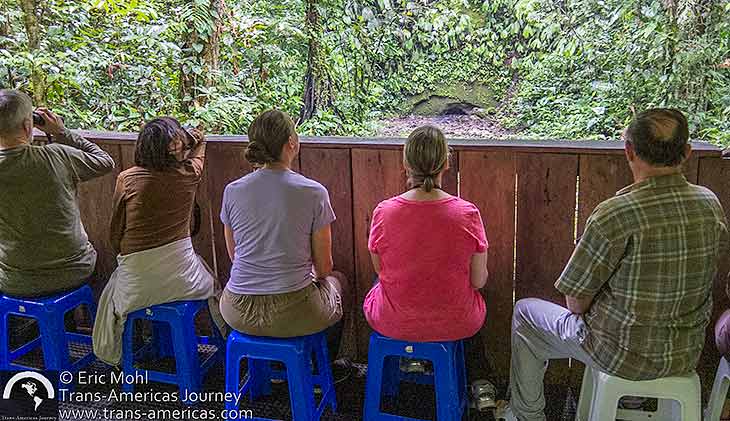 Waiting quietly and patiently for the birds to appear at a clay lick.

Clay licks are areas where the soil naturally contains high concentrations of minerals. Birds like parrots, parakeets, macaws, and parrots need to eat this enriched soil periodically so that the minerals can absorb harmful substances found in their everyday diet. 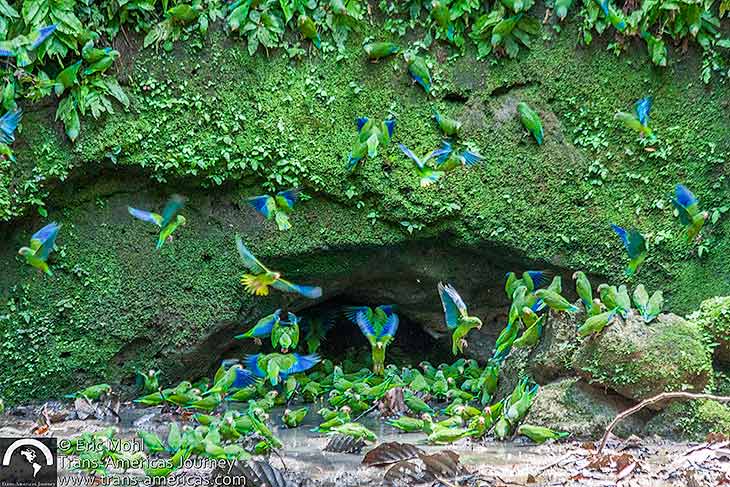 Parrots descend on a clay lick.

Clay licks are an exercise in silence and patience. Birds are shy and skittish and they may not come at all if there’s too much activity around the clay lick or if the weather is bad. We were very, very lucky at both clay licks that we visited with Napo Wildlife Center Ecolodge. 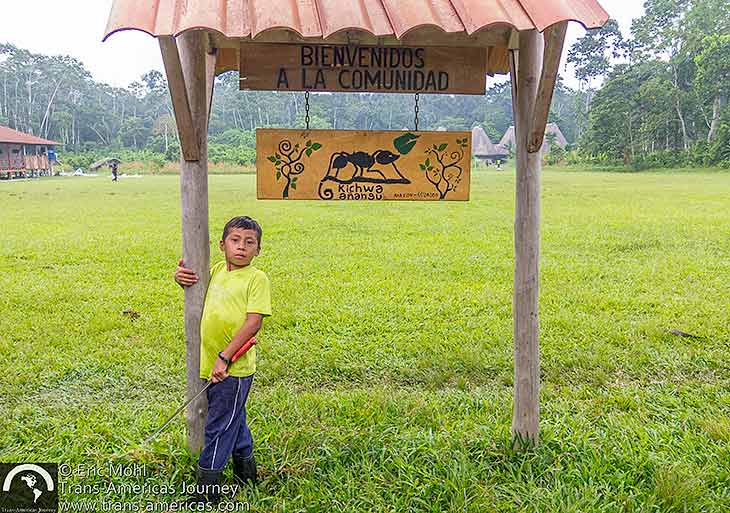 Welcome to the Napo Cultural Center.

And consider spending a night at their sister lodge the Napo Cultural Center. Located inside Yasuní National Park, this lodge is simpler (though still offers comforts including private rooms, electricity, satellite Wi-Fi, and great food). 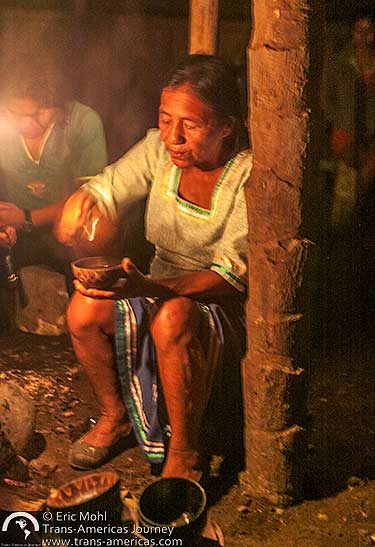 A Kichwa woman leads a pre-dawn wayusada ceremony at the Napo Cultural Center.

At Napo Cultural Center, the focus is on the Kichwa culture including the chance to take part in the pre-dawn wayusada ritual during which participants drink a natural (non-hallucinogenic) beverage called wayusa and talk about their dreams from the previous night. This is a common Kichwa morning bonding experience and a lovely way to wake up with the jungle. 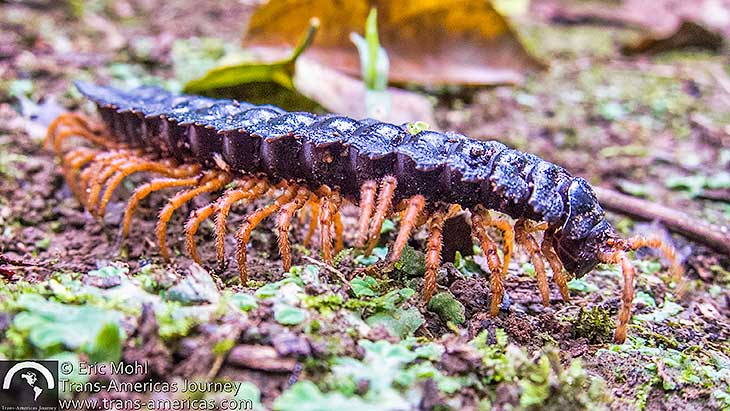 Pros: Guests of Napo Wildlife Center Ecolodge get access to not one but two clay lick access. It also feels pretty great to be part of such a strong community project and it’s nice to feel immersed in legit culture but with plenty of comforts too including private bathrooms with hot water showers, great beds, ceiling fans, 24–hour electricity, window screens, mosquito nets, and private porches with hammocks and furniture. 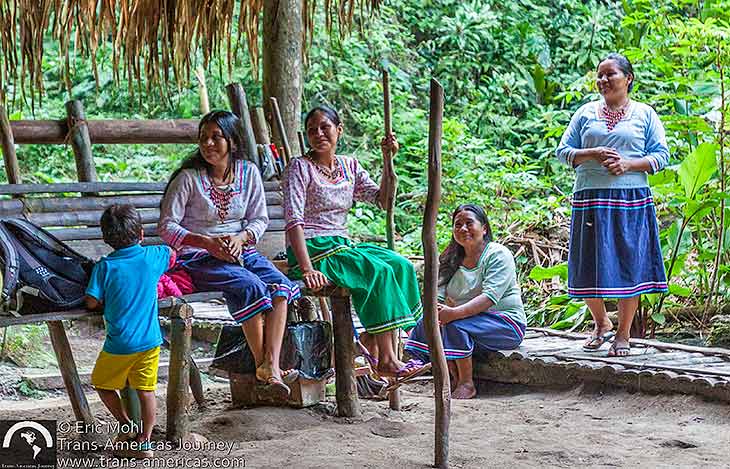 Residents of local villages in the Amazon Basin in Ecuador.

Cons: It takes a long time to reach Napo from Coca. First, there’s the two to three-hour speedboat ride on the Napo River away from the port town of Coca. Then guests transfer to long canoes which are paddled by very able-bodied staff members along a small, meandering tributary for another hour and a half. But there’s also a pro to this con: with no motorized transport to frighten wildlife away, guides easily point out birds and monkeys during the relaxing canoe journey to the lodge. 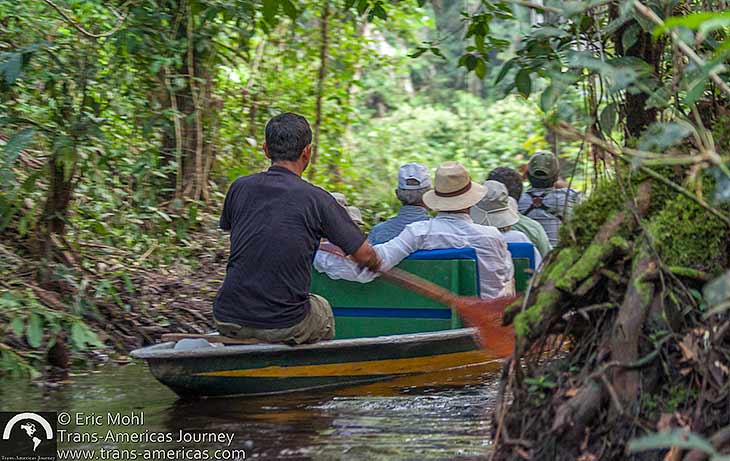 The final leg of your journey from Coca to Napo Wildlife Center Ecolodge is a peaceful canoe ride along this narrow creek.