Some of the most unusual churches we’ve seen in all of Latin America, including one called “the Sistine Chapel of the Andes,” can be visited on the Andean Baroque Route (Ruta del Barroco Andino) near Cuzco, Peru. Here’s how to explore this short but culture-packed travel circuit which includes four churches, built by Spanish Jesuits in the 16th and 17th centuries. All are outstanding examples of Andean Baroque art and architecture which combines European Christian elements with Andean natural elements. 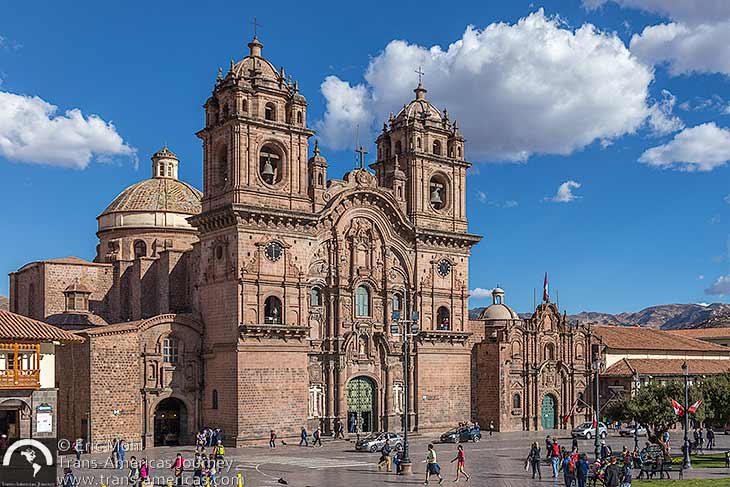 The Andean Baroque Route begins in Cuzco (spelled Cusco locally) at the Iglesia de la Compañía de Jesús which was built by the Jesuits on top of an Incan palace and is full of sculptures and paintings. Don’t miss the alabaster windows. It costs 10 soles (about US$3 to enter the Iglesia de la Compañía de Jesús. At the same ticket window, you can buy a pass for the remaining three churches in the Andean Baroque Route (15 soles or about US$4.50 covers all three) or you can buy that joint ticket at any of the churches on the route. 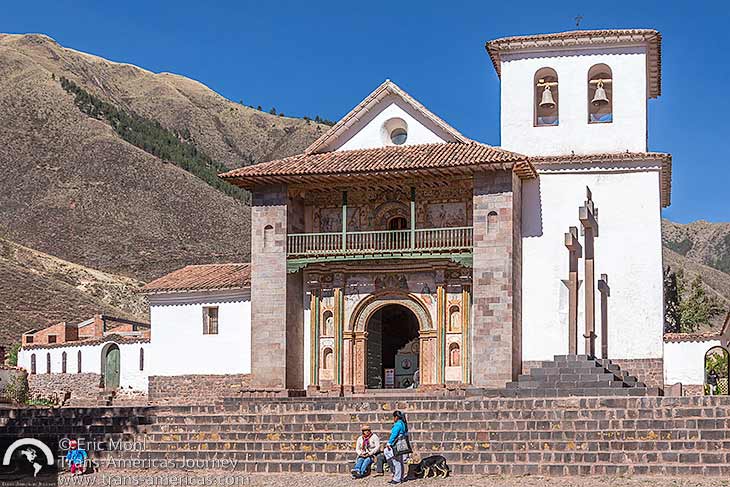 The Renaissance facade of the Saint Peter the Apostle Church in Andahuaylillas, Peru is simple but the interior is so ornate that some call this church the Sistine Chapel of the Andes.

Saint Peter the Apostle Church, on the central plaza in the small town of Andahuaylillas about 25 miles (40 km) from Cuzco, is sometimes called the Sistine Chapel of the Andes and you can see why the moment you walk in. The walls have original restored murals. There are also enormous paintings (at least one by famous Peruvian painter Luis de Riaño), some with gold-leafed frames, and the ceiling is an elaborate masterpiece. The church’s organs are among the oldest in the Americas. The art here is so valuable that some say the church is guarded 24 hours a day. 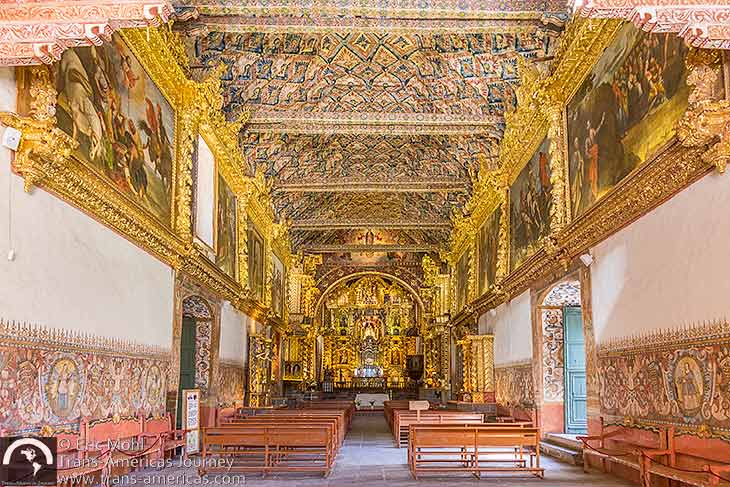 Wall murals and an extremely ornate ceiling inside the Saint Peter the Apostle Church in Andahuaylillas.

Near the church is a shop with a good selection of souvenirs and gifts including alpaca hats and mittens, local organic chocolate, postcards, jewelry, and more. Your purchase funds social programs run by the Jesuits in the area. The peaceful village of Andahuayillas is charming with quiet streets, colonial architecture, terracotta roof tiles, and a leafy plaza in front of the church. That’s where we tried ricotto relleno (stuffed, battered, and deep-fried peppers) for the first time. 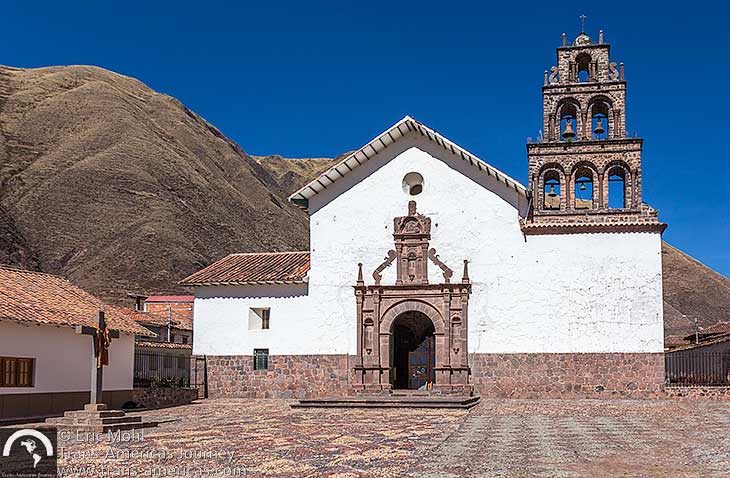 The Saint John the Baptist church in Huaro.

The Saint John the Baptist church in the town of Huaro, about a 10-minute drive past Andahuayillas, is a large chapel with elaborate paintings including murals of the Last Judgement by 19th-century mestizo artist Tadeo Escalante. 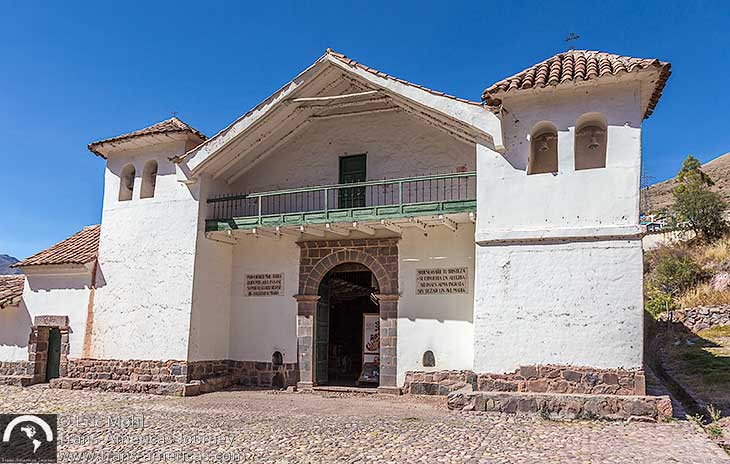 The Chapel of the Purified Virgin of Canincunca near the town of Urcos has a single, spectacular nave.

The Chapel of the Purified Virgin of Canincunca, just outside the small city of Urcos, was built in 1620 on what was originally a Wari site before the Inca conquered the Wari and, ultimately, the Spanish conquered the Inca. The chapel, dedicated to the patron saint of travelers, has two bell towers and a single nave that’s decorated with murals inspired by nature which were painted using plant and mineral-based dyes. 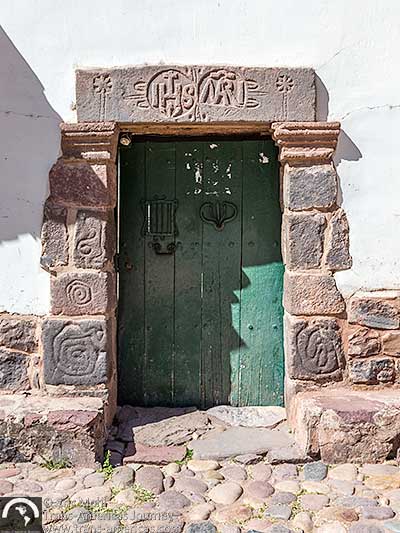 Incan stones repurposed around this doorway at the Chapel of the Purified Virgin.

The Immaculate Virgin Temple in the town of Checacupe is not technically part of the Andean Baroque Route, but its elaborate interior is noteworthy nonetheless. 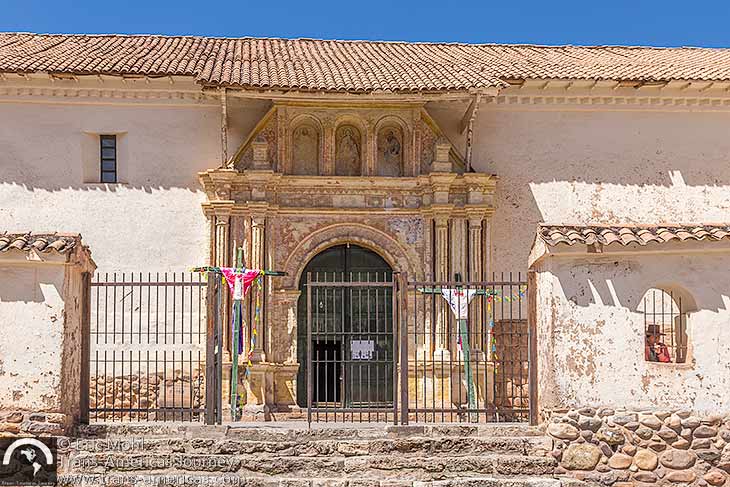 The Immaculate Virgin Temple in the town of Checacupe contains treasures every bit as impressive as the churches on the Andean Baroque Route. 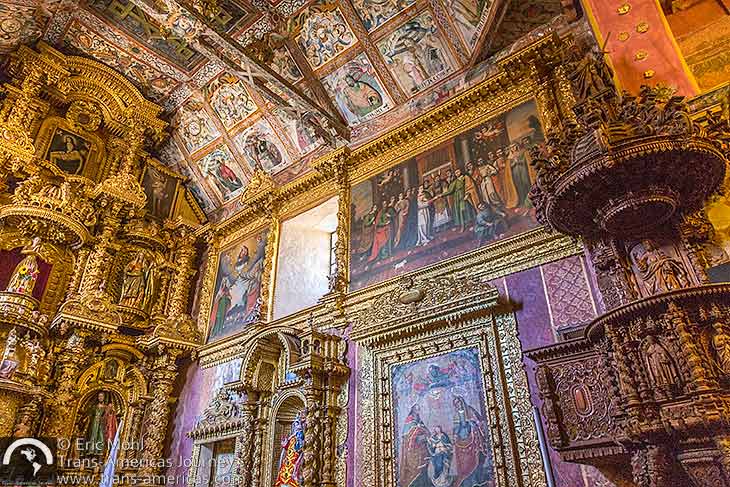 Every possible surface inside the Immaculate Virgin Temple in the town of Checacupe is painted, gold-leafed, or carved.