Because penguins are adorable and no one believes we were THIS close to killer whales or that icebergs get to be the size of skyscrapers, we’re sharing even more of Eric’s photos from our recent Antarctic adventure aboard the M/V Antarctic Dream. 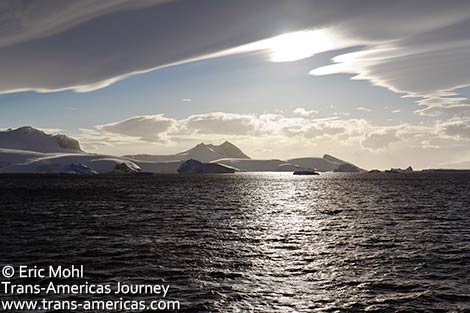 The beauty of Antarctica. 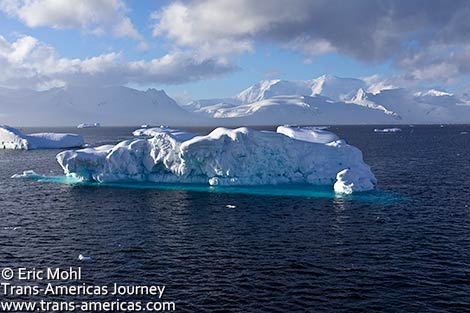 The crazy blues created by icebergs in Antarctic water. 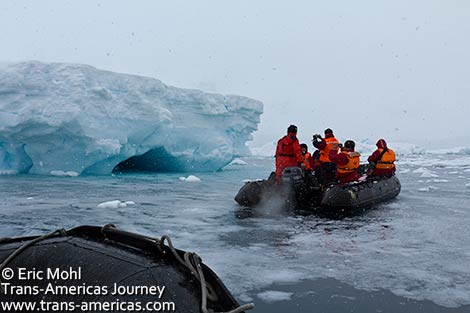 An excursion away from the M/V Antarctic Dream in small zodiacs to get closer to wildlife and icebergs. 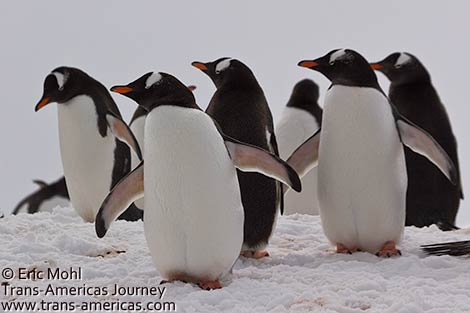 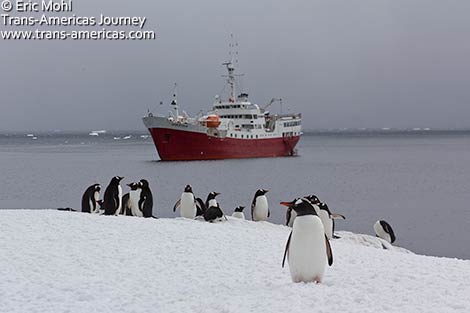 Gentoo penguins with our home for 11 days, the M/V Antarctic Dream, in the background. 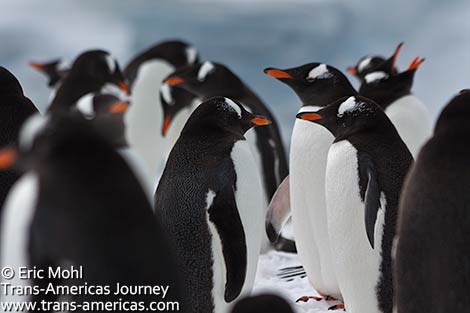 Gentoo penguins in Port Lockroy, one of the shore excursions on an Antarctic adventure. 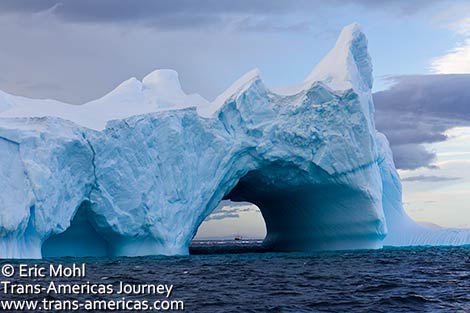 It was tempting to travel through this arch created as wind-eroded away an iceberg, but that’s strictly forbidden since icebergs can capsize at any moment. 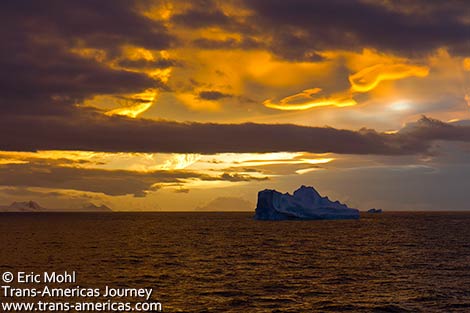 Antarctica, land of the midnight sun. 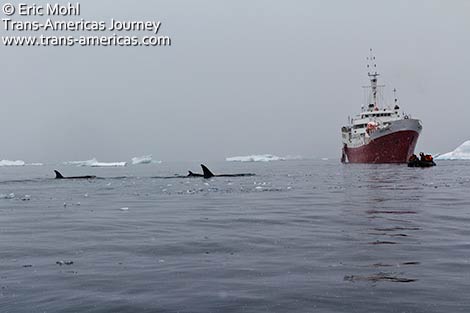 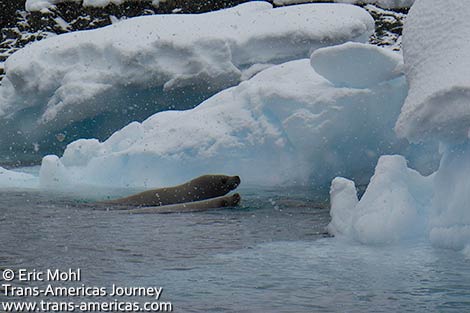 The crabeater seals were curious but cautious. 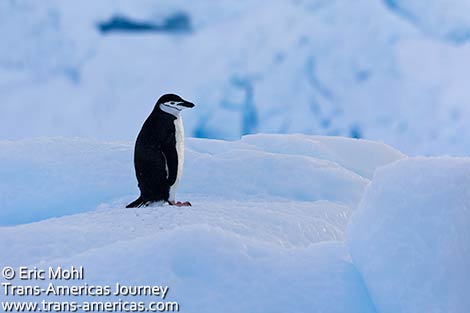 It’s clear how chinstrap penguins got their name. 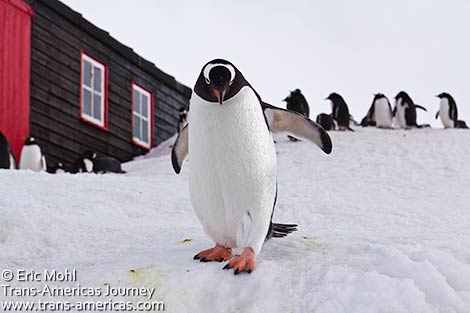 Gentoo penguins at Port Lockroy, one of the land excursions during an Antarctic adventure. 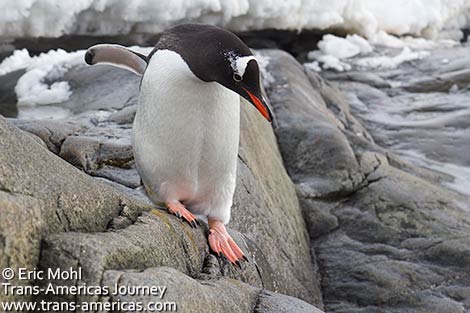 Gentoo penguins were busy collecting small stones to construct their nests with when we were in Antarctica. 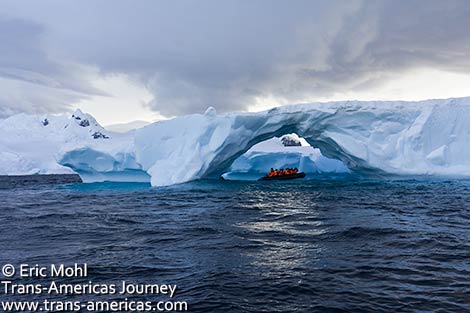 It was tempting to travel through this arch created as wind-eroded away an iceberg but that’s strictly forbidden since icebergs can capsize at any moment. 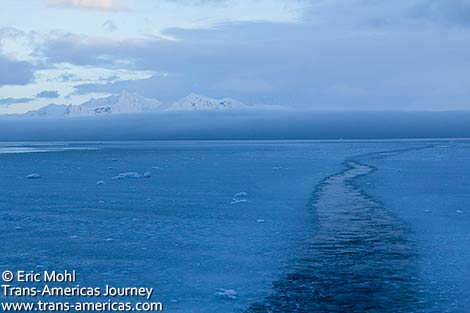 A change in the weather had us traveling through surface ice that was clearly beginning to re-form. 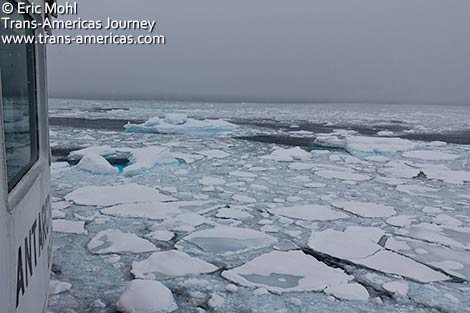 Colder temperatures created conditions that made us glad our M/V Antarctic Dream ship was built as an ice-breaker with a reinforced hull. 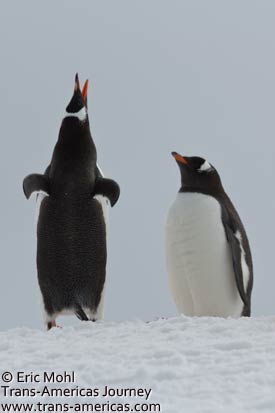 …which they are not shy about at all. 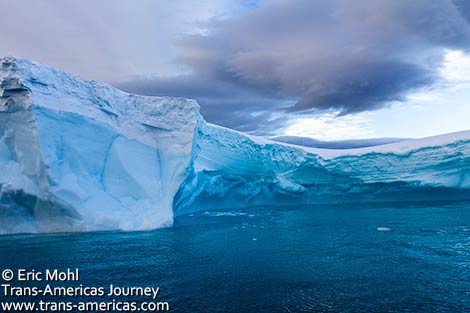 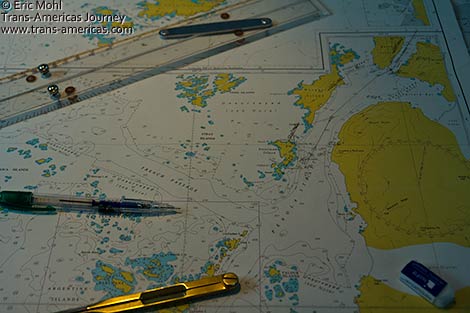 Navigation charts keeping us on course and away from the bergs in Antarctica.

Check out the feature we did for the Dallas Morning News including tips for making the most of your trip to Antarctica and our feature for the Minneapolis Star-Tribune about all of the onboard adventures you’ll have.

Here’s more about travel in Antarctica