It’s fitting that the name Aracataca does not sound Colombian or even Spanish for that matter. Aracataca sounds like a word that exists in a world all its own and, in a way, it does. Aracataca is the birthplace of author Gabriel Garcia Márquez, Colombia’s Nobel Prize-winning author and champion of a form of literature he called “magical realism”. Called Gabo or Gabito by fans and friends, the author, who died in 2014, drew on the his time in Aracataca as inspiration for perhaps his best known novel, One Hundred Years of Solitude. The place is still full of magical realism and will likely inspire you too. 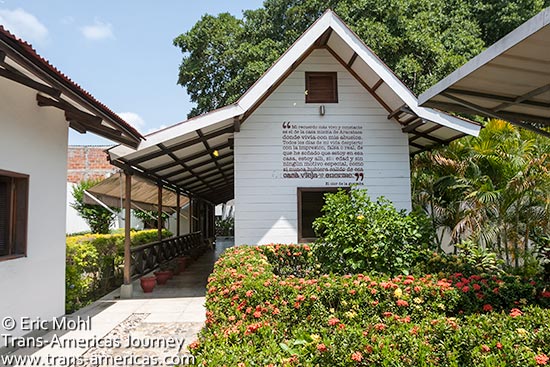 The house that Colombian author Gabriel Garcia Márquez grew up in is now a museum in Aracataca.

Honestly, there are few reasons to travel to hot, dusty, sleepy Aracataca except to go in search of Gabo. Even on the town’s festival days, there’s not much going on as old men play tile games at plastic tables set up to catch maximum breeze. Things do not appear to have changed much since Garcia Márquez was born here in 1927 and raised by his grandparents after his mother and father moved to Barranquilla. 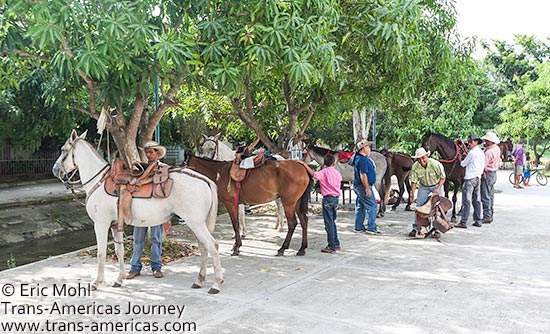 A busy day in Aracataca, Colombia.

“I feel Latin American from whatever country, but I have never renounced the nostalgia of my homeland: Aracataca, to which I returned one day and discovered that between reality and nostalgia was the raw material for my work,” reads a quote from the author that’s reprinted on a huge hand-painted mural on the edge of town. 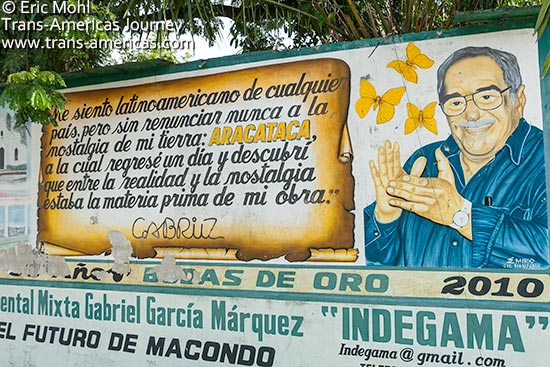 This sign, containing an ode to Aracataca written by Colombian author and Aracataca native Gabriel Garcia Márquez, is proudly displayed in town.

Though Garcia Márquez left Aracataca when he was 10 years old, he lived there long enough to create a notebook full of impressions of the place. He called the notebook “La Casa” and he kept it for years. When Garcia Márquez returned to Aracataca in the ’50s as a young man and aspiring writer, the town and his childhood notebook became the basis for One Hundred Years. 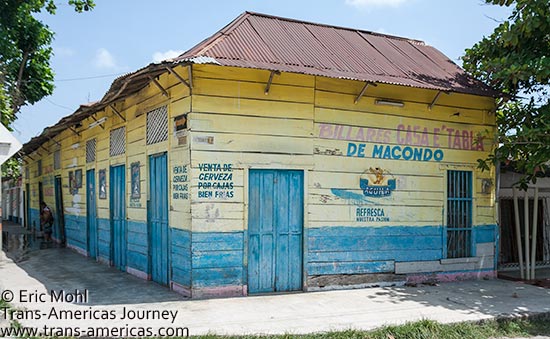 The town of Aracataca inspired the town of Macondo in Gabriel Garcia Márquez’s novel One Hundred Years of Solitude and the name of the fictional town can be seen on some local businesses.

Aracataca is called Macondo in One Hundred Years and in 2006 residents voted down a measure that would have officially re-named the town Macondo-Aracataca. Still, their most famous son, and his work is revered. The charming Caribbean style home where Garcia Márquez was born and lived is now a museum. Gabo’s school is still standing as is the Church of San Jose where he was baptized. The church is now a national monument and there was a rumor going around that the ministry of tourism was going to pony up some renovation funds. 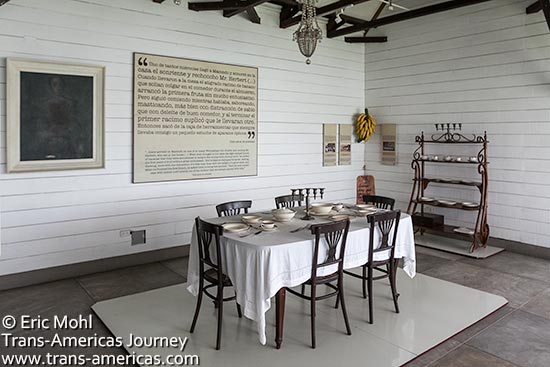 Sights most directly linked to One Hundred Years of Solitude include Aracataca’s renovated train station and a statue of Remedios the Beauty, which immortalizes the character from the novel who was so beautiful that she ascended to heaven.  Aracataca’s telegraph office, central to the novel, is now an unmarked and cluttered museum. Yellow butterflies are painted on walls and sidewalks all over town and you can also still see the twisted ruins of the local ice factory. 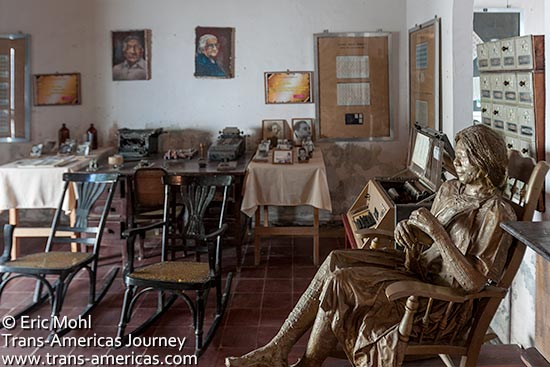 Artifacts displayed inside the old telegraph office in Aracataca, a place that inspired many scenes in One Hundred Years of Solitude.

Speaking of ice, as we write this a group is planning to have an artist install an interactive ice room sculpture made of perspex and resin in front of the Church of San Jose in homage to the book’s dream of houses made of ice. 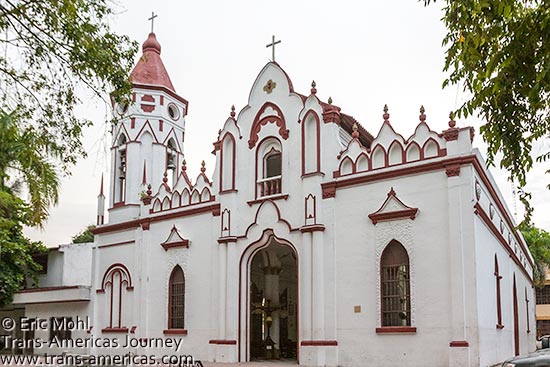 Colombian author Gabriel Garcia Márquez was baptized in this church in Aracataca.

Would you change your name and move to a different country out of love for an author? That’s exactly what one man from Holland did when he moved to Aracataca in 2008 and changed his name last name to Buendia (after the central family in One Hundred Years of Solitude). Tim Buendia says the first Garcia Márquez work that he read was a short story, followed by One Hundred Years which he admits he didn’t immediately understand (neither did we). But he was hooked and he now lives in Aracataca with his wife and their son. 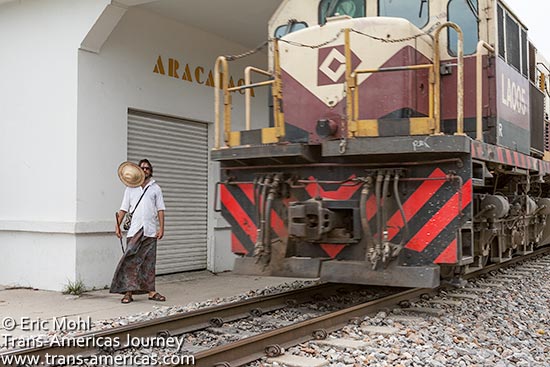 This Dutchman changed his last name to Buendia after the family depicted in One Hundred Years of Solitude and now leads Gabriel Garcia Márquez tours in Aracataca and around Colombia.

Tim spent a day showing us the sights in Aracataca wearing his signature hat, sarong, and pink sunglasses. He carried a walking stick tipped with paint which he twirled as we walked. He was constantly giving friends the thumbs up or a fist bump as we moved through town. It took a while to get anywhere.

Tim now offers two Aracataca tours. The first is a three-day package including guided tours of Aracataca and the area, art workshops, and accommodation at Gypsy Residence, the homey guesthouse he opened in Aracataca in 2011 (US$240 per person).
UPDATE: The Gypsy Residence appears to be under new management.
Book Now

He calls his second tour the Legend of Gabriel Garcia Marquez tour and the two-week itinerary (which can be customized) starts and ends in Cartagena and includes Garcia Marquez related sights in that city before traveling on to Barranquilla, Santa Marta, Tayrona National Park, the Guajira region, Palomino, Minca, Aracataca, and back to Cartagena (US$3,450 per person including 4-5 star accommodation, tri-lingual guide, ground transportation and most meals but excluding airfare). 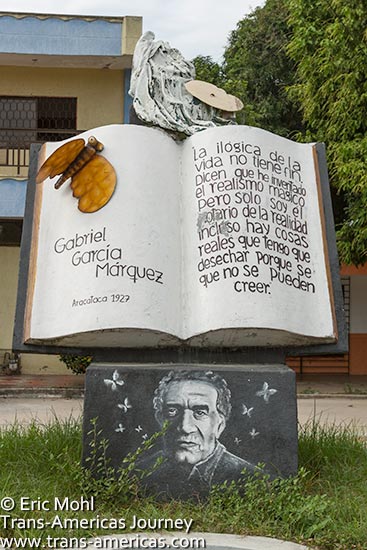 Gabriel Garcia Márquez inspired giant books and yellow butterflies can be seen all over Aracataca.

Gabo drew inspiration from all over Colombia and you can too using our travel story about Gabriel Garcia Marquez’s Colombia for the Biography’s Channel’s website as your guide. For a more esoteric take on the lasting legacy of Gabriel Garcia Márquez, check out the new book Was Gabo and Irishman? which is a collection of essays from 26 writers who have lived in Colombia, each recounting their own moments of Magical Realism in the country. 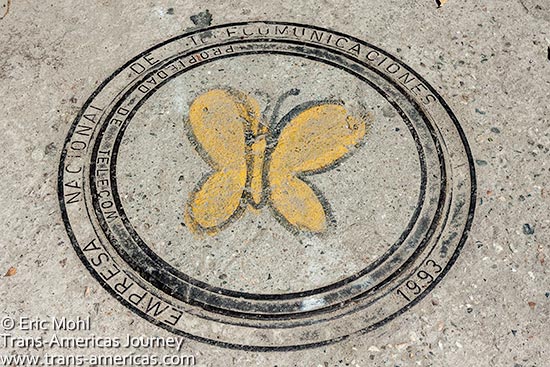 Magical realism is alive and well in Aracataca, Colombia.