Visitors to Lima, Peru will find architecture spanning more than 2,500 years–from pre-Incan to Spanish colonial to Neo-Classical to ultra-modern there’s something for everyone. This photo essay presents some of our favorite examples of architecture in Lima including stunners in the city’s historic center which was named a UNESCO World Heritage Site in 1988. 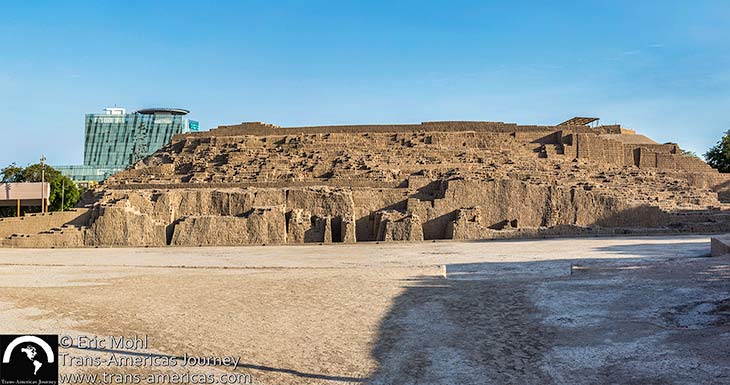 There are a number of pre-Incan sites scattered throughout the city of Lima, including Huaca Pucllana, which give visitors a glimpse of ancient architecture in the region. 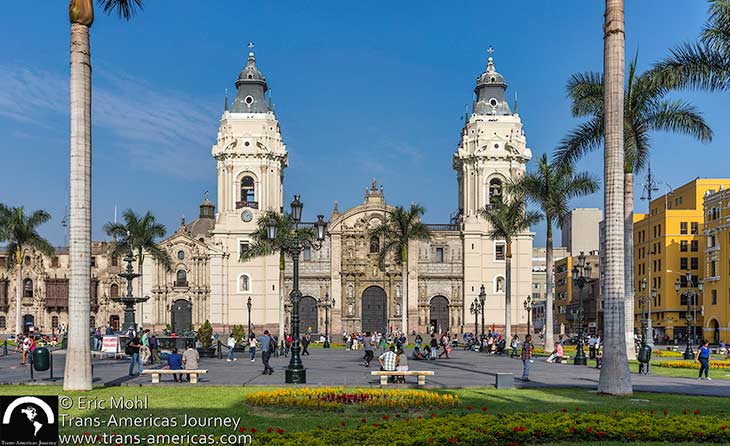 The Metropolitan Cathedral of Lima, which was constructed in the Renaissance style with Neoclassical elements between 1602 and 1797, is on Lima’s Plaza de Armas aka Plaza Mayor where it’s part of the Historic Centre of Lima which was declared a World Heritage Site in 1988. 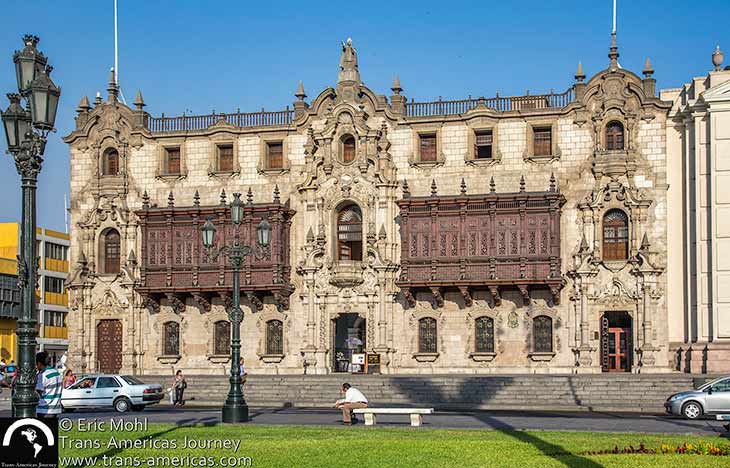 Construction of the Archbishop’s Palace, next to the Metropolitan Cathedral, started shortly after the founding of Lima in 1535. The structure you can see today was rebuilt in 1924 and endures as a Baroque masterpiece. 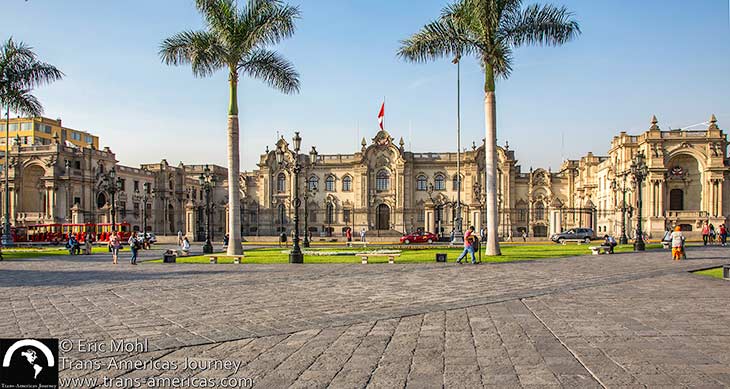 The Government Palace, also facing the Plaza Mayor, was built by Spanish conquistador Francisco Pizarro in 1535. The original structure was renovated and enlarged many times and the current renovation dates to the 1930s with elements of Neo-Baroque architectural styles. 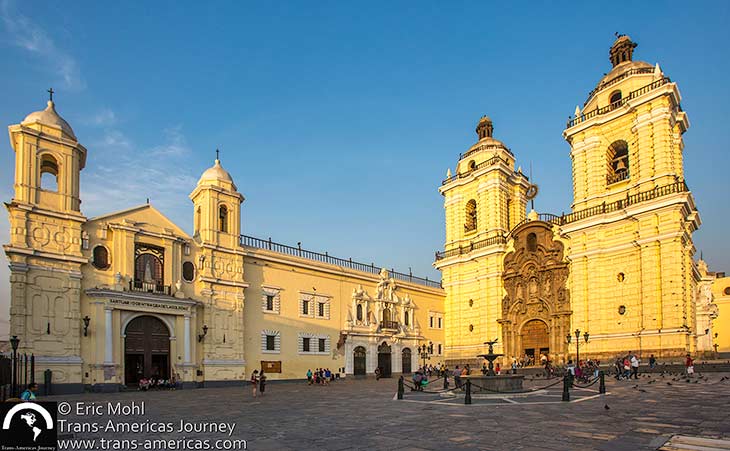 The Basilica and Convent of San Francisco was constructed between 1657 and 1669 in the Historic Center of Lima where it still draws attention with its massive size and architectural elements including towers, naves, and cloisters. 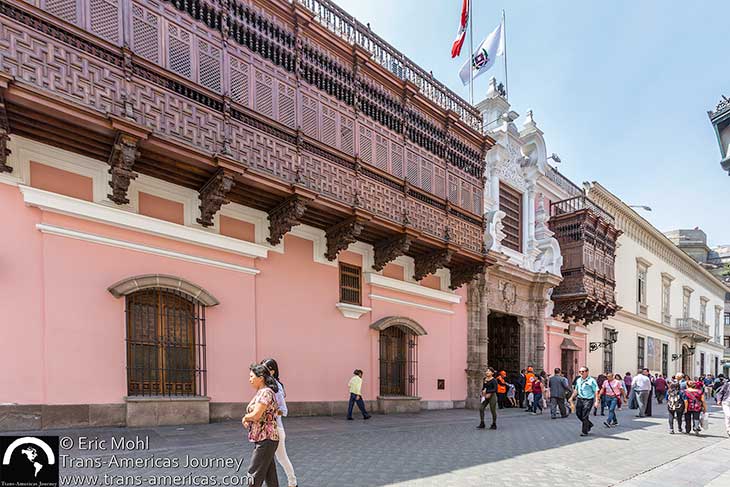 The Palacio Torre Tagle, in the Historic Center of Lima, was completed in 1735 and is now home to the Ministry of Foreign Affairs of Peru. 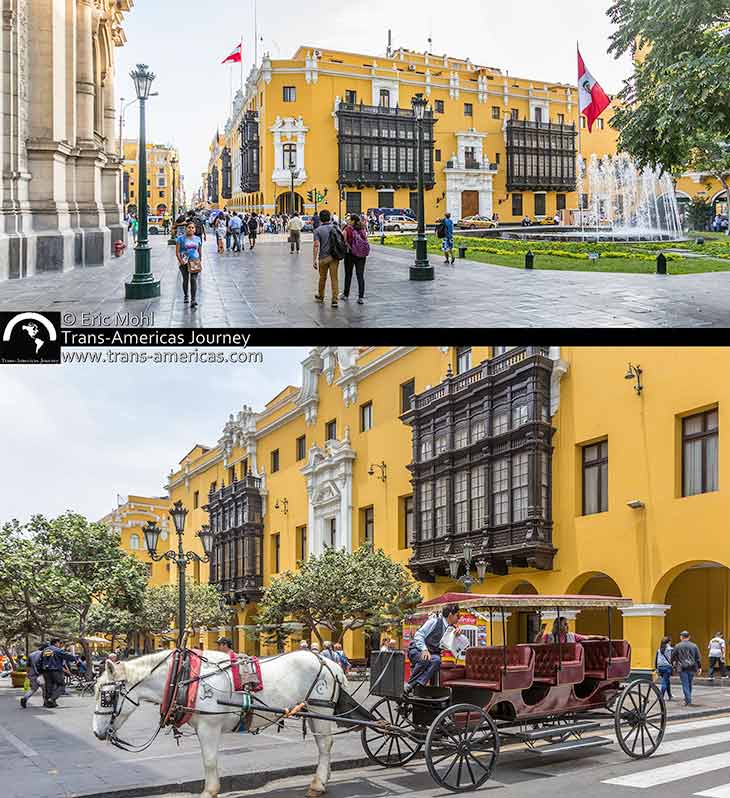 Lima’s Municipal Palace is built on the site of Lima’s first town hall which dates back to the early 17th century. The structure was destroyed by fire and earthquakes numerous times and the building you see today is from 1944. 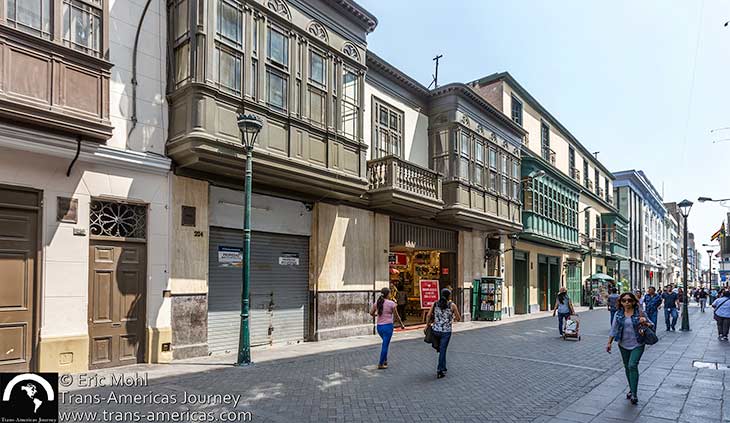 Many buildings in Lima, also known as the City of Balconies, have enclosed wooden patios like the one pictured above on a building that dates back to the 17th century. These architectural elements are particularly common in the city’s Historic Center and they’re one reason that UNESCO named this part of the city a World Heritage Site. 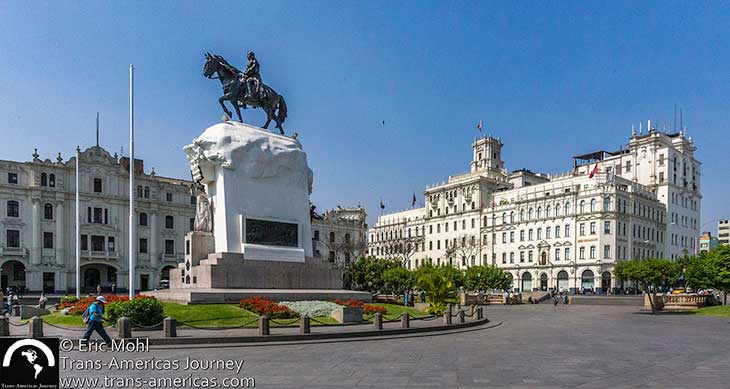 Plaza San Martín anchors the Historic Center of Lima which was declared a World Heritage Site in 1988. 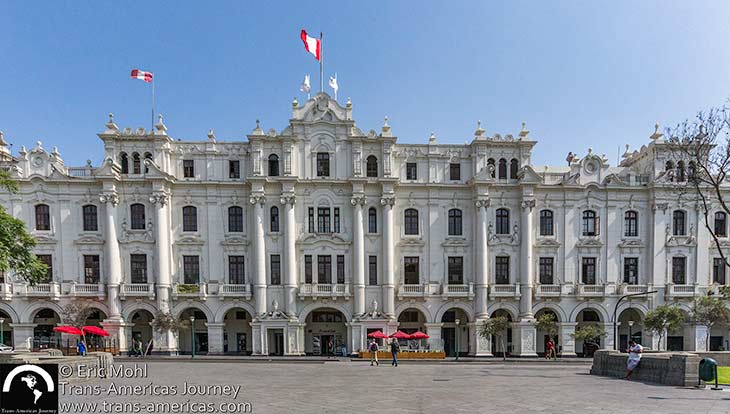 One of many impressive buildings on Plaza San Martín in the Historic Center of Lima. 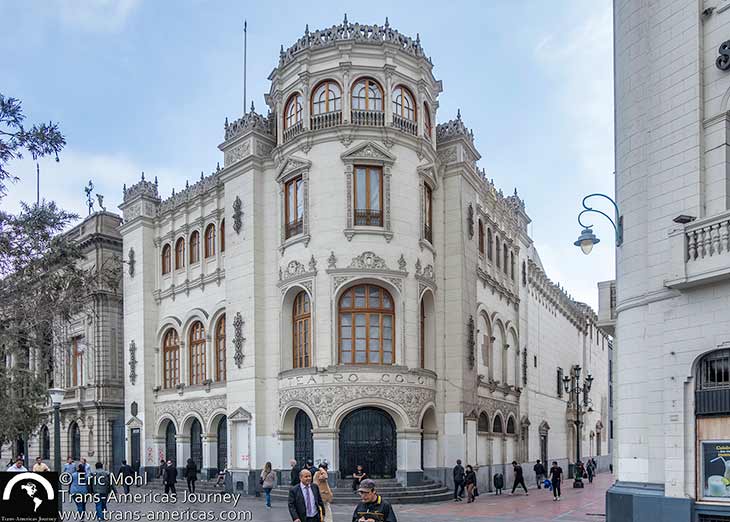 Teatro Colon was completed in 1914 in the Historic Center of Lima. 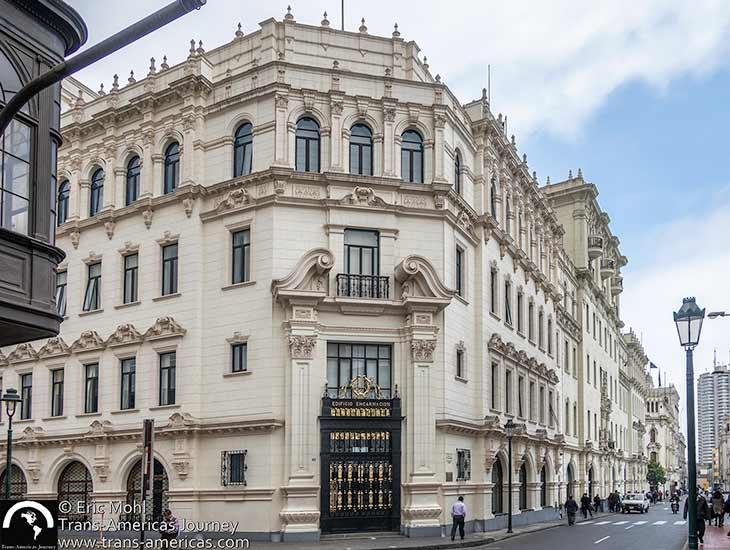 Neo-classical architecture in the Historic Center of Lima. 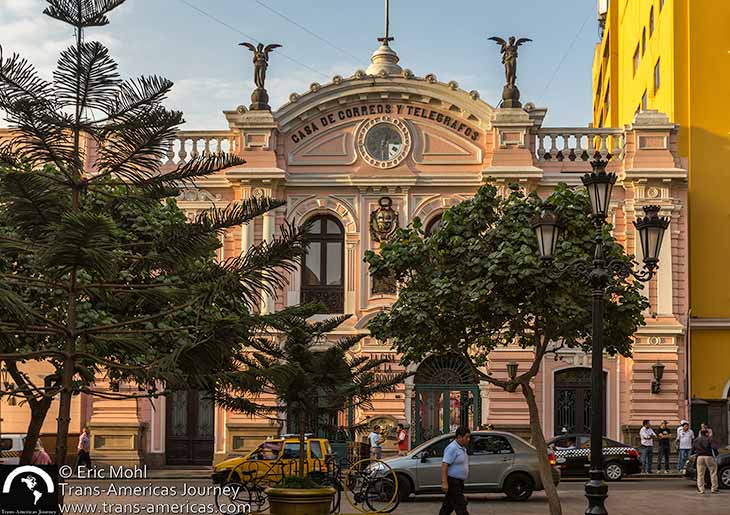 Lima’s Central Post Office opened in 1897 and is still a stately presence in the city. 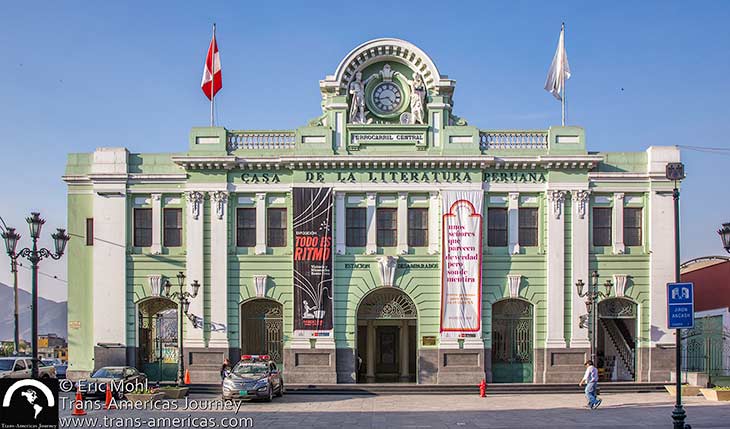 Lima’s Desamparados train station in the Historic Centre of Lima. 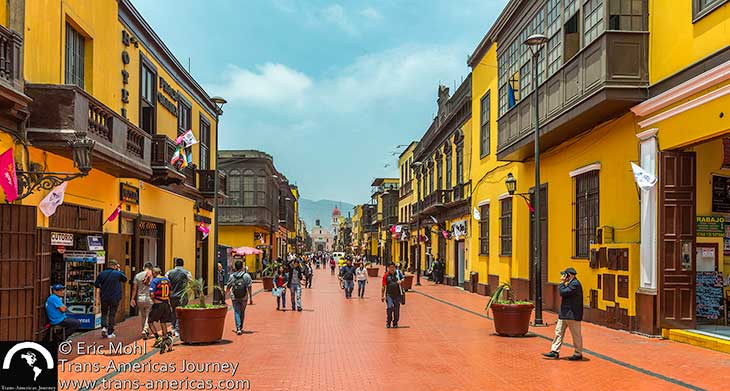 The Rimac neighborhood, located across the river from Lima’s Historic Center, displays its own architectural style. 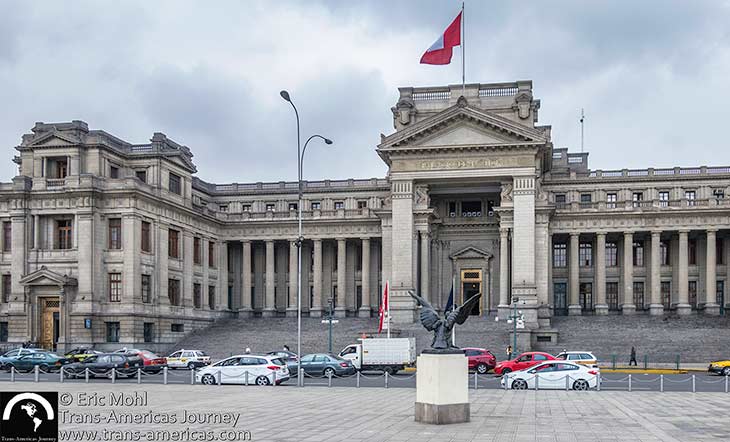 Lima’s Palace of Justice was completed in 1938. 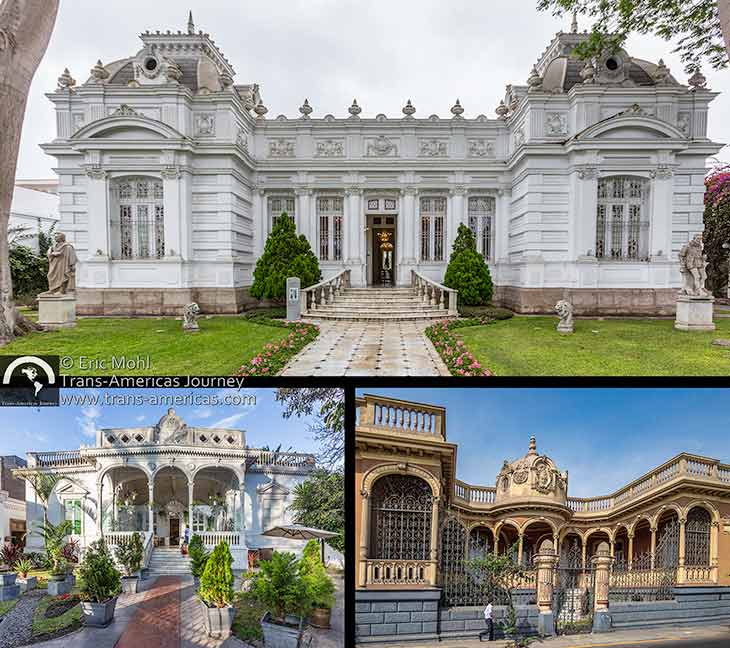 Barranco, now Lima’s artsiest neighborhood, flourished in the 19th century when well-off Limeños built lavish summer homes there. Through the years many mansions have fallen into disrepair but many have also been restored. 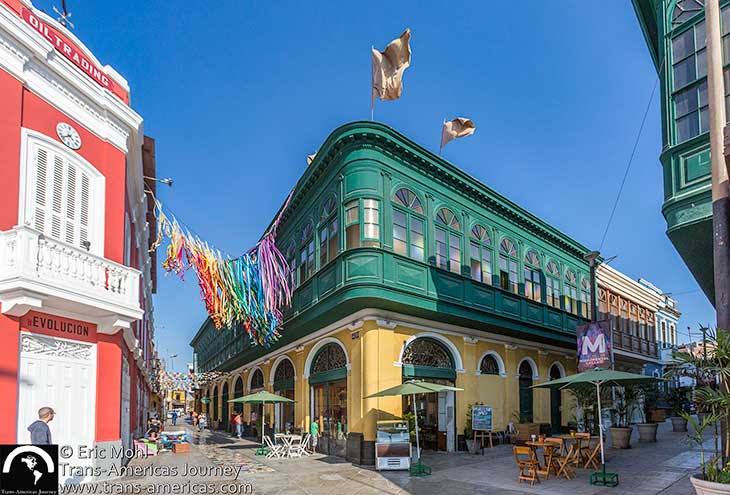 Urban renewal in Callao is saving architectural beauties like this. 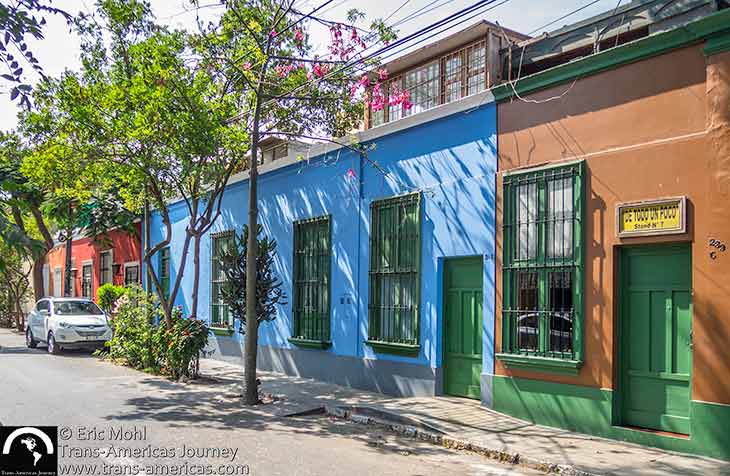 A residential street in Barranco. 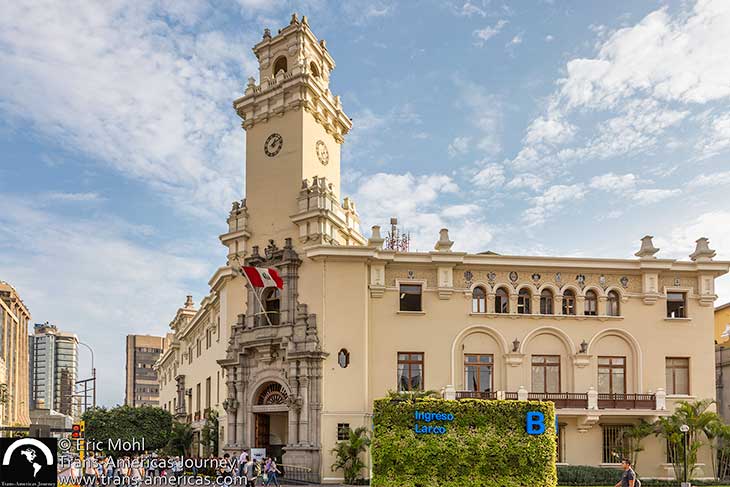 The Municipal Building in the Miraflores neighborhood of Lima. 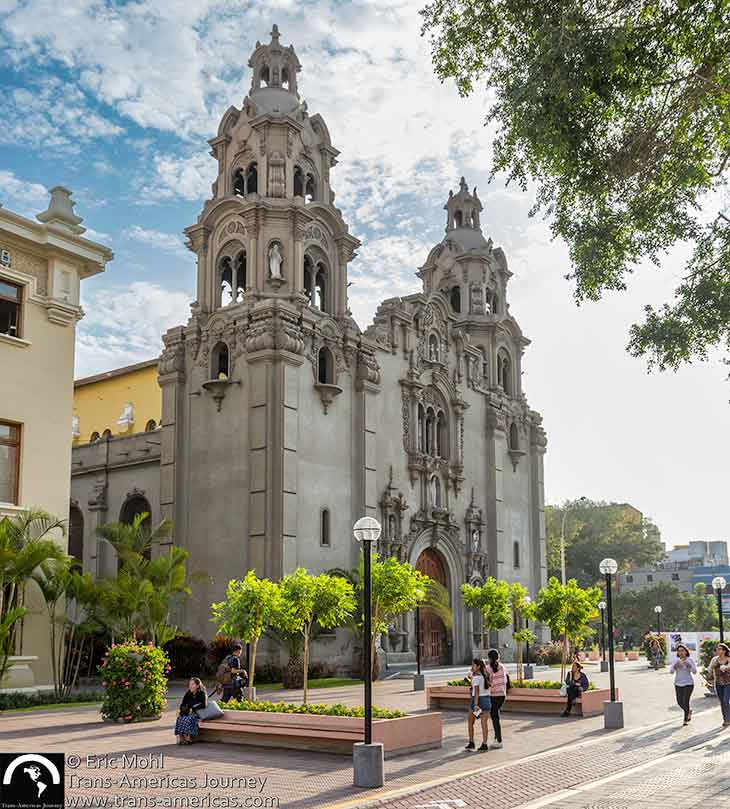 The Iglesia Virgen Milagrosa in the Miraflores neighborhood of Lima. 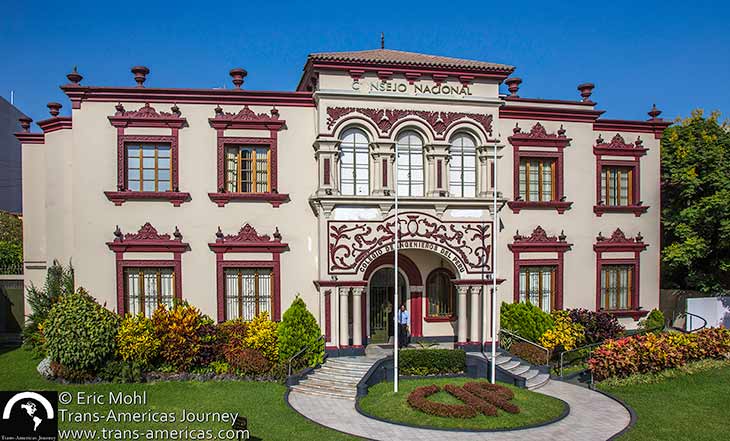 A typical restored building in Miraflores. 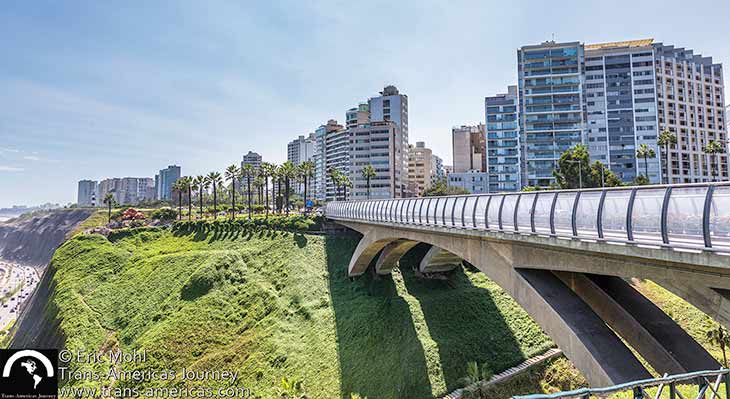