In the summer of 1989 Berlin was a city divided. There was “The East” and there was “The West” with the Berlin Wall dividing the “island” of West Berlin from East Berlin and the East German and the Soviet controlled Eastern Bloc. Cracks were forming, however, as Eric witnessed. These photos and travel memories are from his time in Germany just a few months before the fall of the Berlin Wall on November 9, 1989. 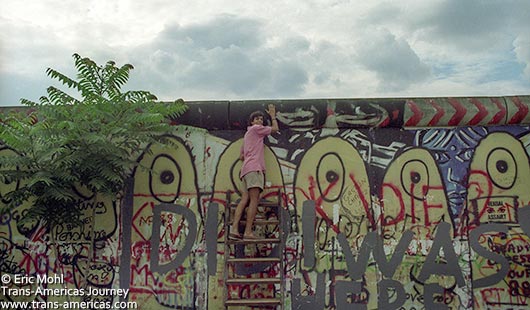 Eric climbing a ladder to peek over the Berlin Wall just a few months before the wall came down in 1989.

Before beginning law school Eric took his first long-term backpacking trip through Europe and the Middle East. During late June and early July of 1989 he traveled to Berlin and the former Eastern Bloc countries of Czechoslovakia and Hungary. Berlin was far from the city filled with shiny new towers that it is today. The now-unified capital of Germany still had empty lots and ruined buildings left over from the ravages of World War II, including the sealed up and abandoned Reichstag.

Checkpoint Charlie was the only gap in the Berlin Wall that was open to foreigners who wanted to cross between East Berlin and West Berlin and it stood like an exclamation point on the island of western culture (West Berlin) which was surrounded by the Soviet East. 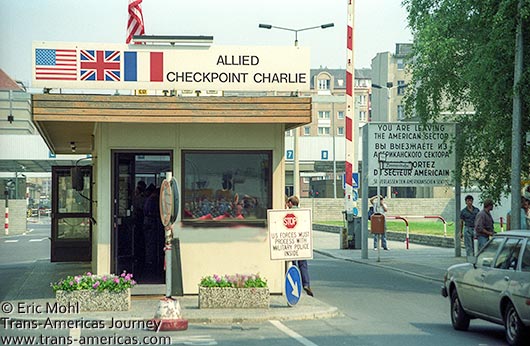 Checkpoint Charlie in 1989. Its days as an active checkpoint were numbered.

Cracks in the Berlin Wall

The wall itself, all 87 miles (140 km) of it, was nearly invisible from the East Berlin side, blocked from access and from public view by official buildings or sealed and condemned structures. On the West Berlin side the wall was a giant, open wound clearly visible for anyone to see though outside of the commonly visited areas around the Brandenburg Gate, Reichstag and Checkpoint Charlie much of the wall was a dirty, urine drenched, sketchy area often filled with gypsy squatters or drug addicts. 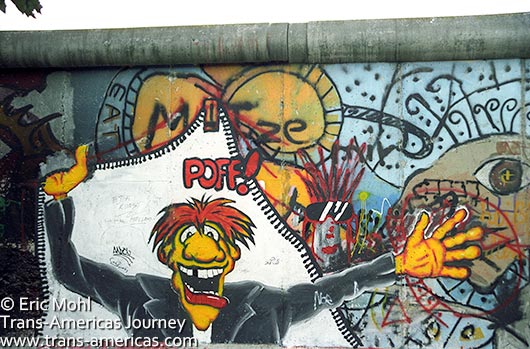 Berlin Wall graffiti from 1989 when the best political and satirical work was quickly covered by random, angry, inarticulate tags. 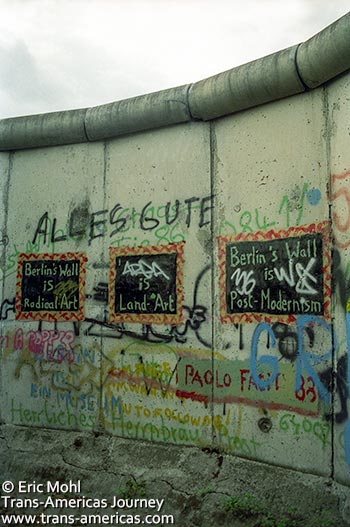 Graffiti was an established part of the Berlin Wall in 1989 – some of it profound, some of it mere vandalism.

Berlin Wall graffiti has become famous and in 1989 some of it had strong political messages or was very clever. However, very little of the good stuff was visible since new wall art was immediately covered with dozens or even hundreds of ragged “tags” within days.

There were a few platforms along the wall which you could stand on to see over the barrier. A quick peek was all you needed to be grateful that you didn’t live on the other side where a heavily armed, well-guarded 50 to 100 yard no-man’s land known as the “death strip” provided a physical buffer between the haves and have-nots. The guards in the guard towers were not there to keep the West out but to keep the East in and they were backed up by orders to shoot. 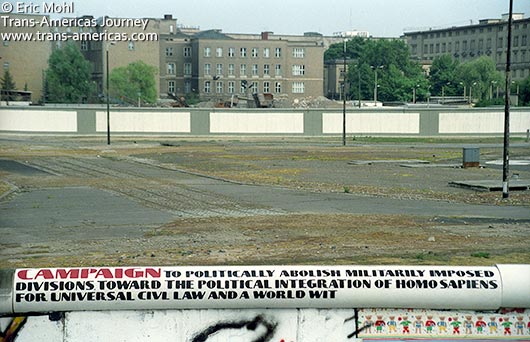 Eric’s view of the “death strip” patrolled by armed guards on the East Berlin side of the Berlin Wall in 1989. 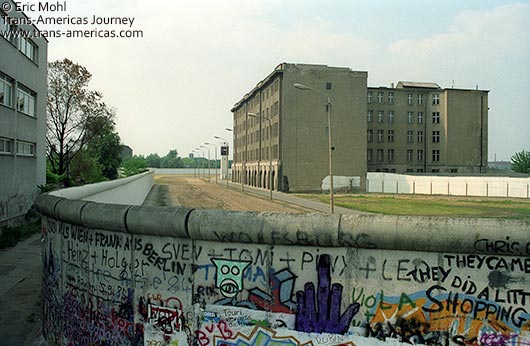 Looking over the Berlin Wall from West Germany into East Germany in the final days of the wall in 1989.

Few realized it at the time, but Hungary’s decision in May of 1989 to dismantle its border fence with Austria, effectively opening the first hole in the iron curtain, represented the first cracks in the Berlin Wall. By mid-August, just one month after Eric had toured Hungary, the country completely disabled its defenses along the border with Austria.

The Berlin Wall stood, but Hungary’s moves created a literal and figurative loop-hole which more than 13,000 East Germans used, crossing into Hungary on “vacation” then defecting to the West.

A chance encounter in East Berlin

When Eric passed through the intimidating Checkpoint Charlie border crossing into East Germany (DDR) he spent a day wandering the streets. He saw the world-class museums on Museum Island, the overly militaristic soviet-style monuments, and a great statue of Marx and Engles but he also saw shops with mostly empty shelves except for the well-stocked duty-free shops near the border where only foreigners could shop using either Deutsche marks or dollars. 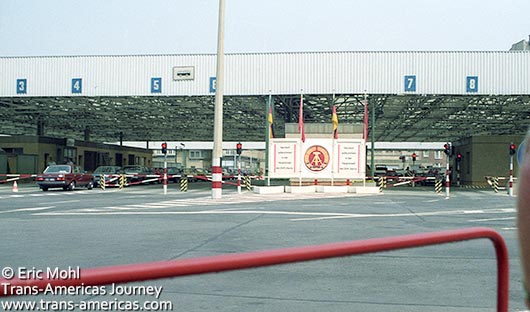 A secretly snapped shot as Eric crossed into East Berlin and East Germany at Checkpoint Charlie in the summer of 1989.

Outside of the center, the streets were filled with decrepit buildings usually with large piles of coal in front of them. The only vehicles on the streets were the notoriously bad Trebant cars which looked like they were designed in the ‘50s because they were and there had been no changes made to the vehicle since then.

If you didn’t have a day pass to tour the city of East Berlin, the only other way to enter the city was if you held a train ticket out of Berlin Friedrichstraße, then the main station in East Berlin, heading to an Eastern Block country. Back then parts of the West Berlin subway system (the U-Bahn and the S-Bahn) passed under East Berlin and traveled right past some stations that were sealed when the wall went up. The only East Berlin station that the subway actually stopped at was the Berlin Friedrichstraße station and there was a fully militarized border control point right on the platform which you could only exit if you had a rail ticket on to another Eastern Bloc country.

Eric was heading to Prague, then still in Czechoslovakia, on a night train and that ticket got him into the Berlin Friedrichstraße station. However, he missed his train and didn’t want the expense and hassle of returning to West Berlin so he figured he could hide out in the station and grab a train that was leaving a few hours later in the wee hours of the morning. 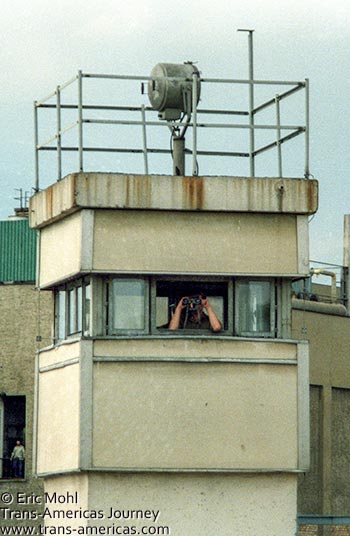 A guard in an East German guard tower on the Berlin Wall in 1989.

He headed to a bar tucked away in a dark corner of the station, ordered a beer, and that’s when a young man approached him. The next few hours were spent “talking” with this 18-year-old East Berliner. Despite the language barrier, they managed to cover complicated concepts of freedom and the kid’s belief that “Reagan Good” (something Eric could have argued, but under the circumstances the underlying meaning was easy to agree upon). 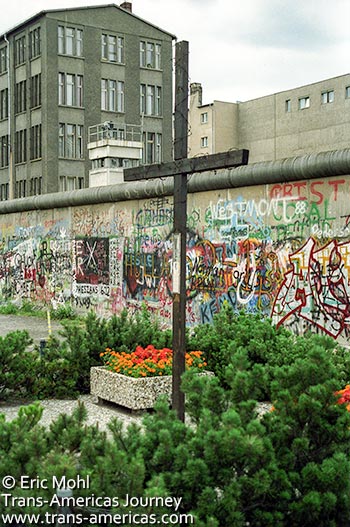 One of many memorials to those killed while trying to get over the Berlin Wall.

Then the kid asked to see Eric’s US passport and as he held it in his hands tears welled up in his eyes. In that moment Eric realized what freedom really meant. In a few hours he was going to head off to another country. This kid in the bar could not. The experience changed Eric’s perspective on freedom and liberty and made him appreciate the privileges those of us from free countries have, including our ability to travel nearly anywhere in the world.

In the summer of 1989 in that bar in the East German train station it seemed like the Berlin Wall, which started as a barbed wire fence, had always existed and would always exist. Back in New York City, Eric watched CNN in disbelief between November 6 and November 9th, 1989 as the wall officially came down. For 28 years it had divided East from West. Now we celebrate the 25th anniversary of the fall of the Berlin Wall and we wonder where in the world that kid in the train station is now. 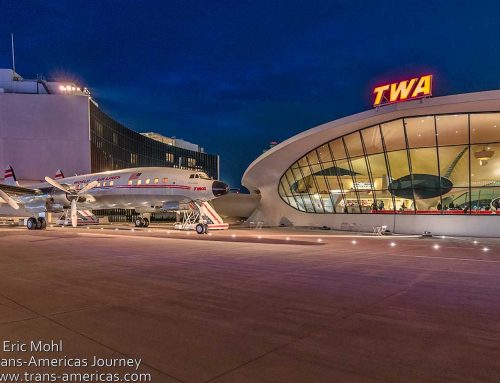 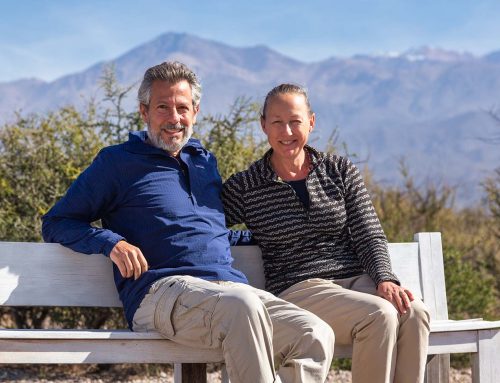 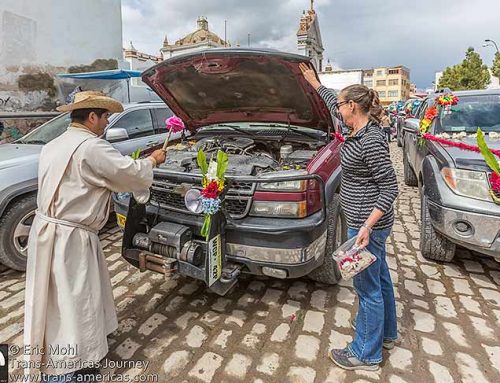 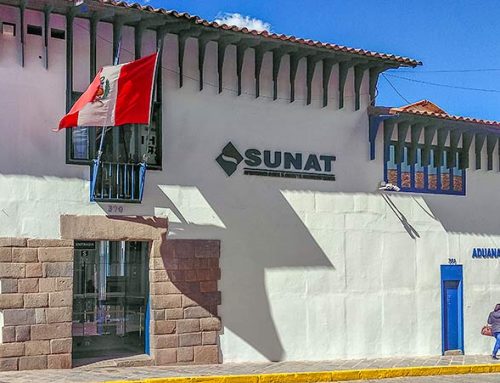 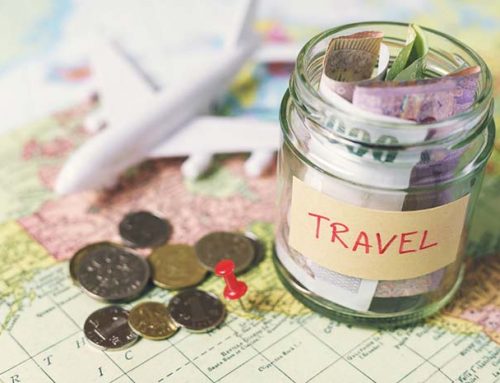 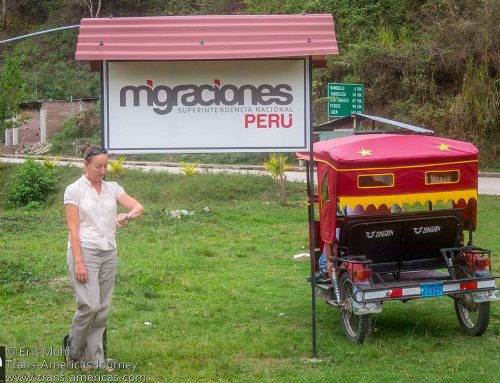 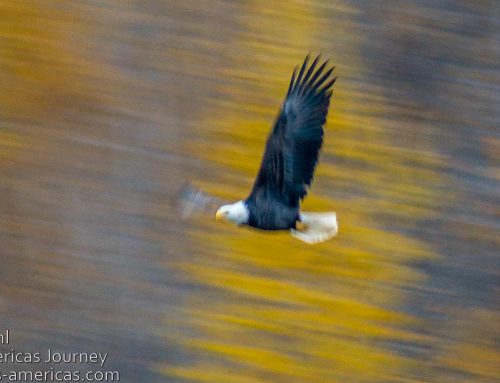 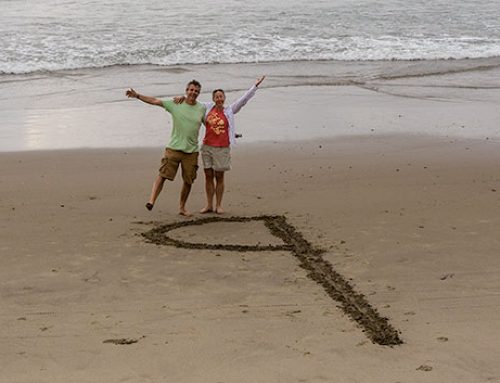 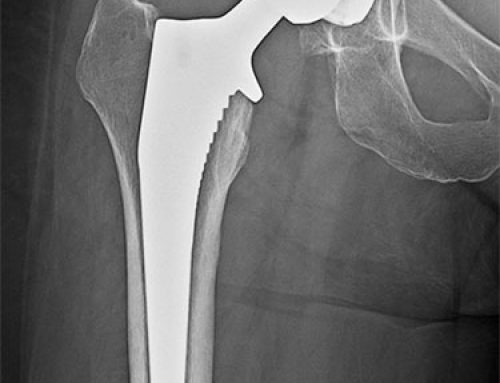 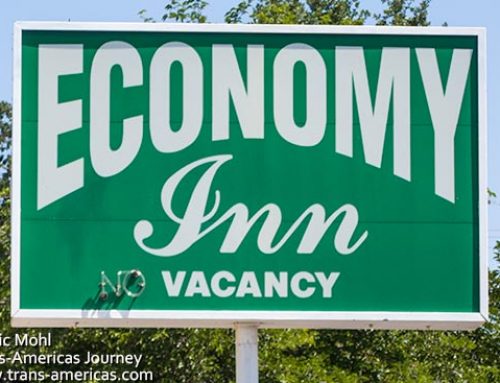 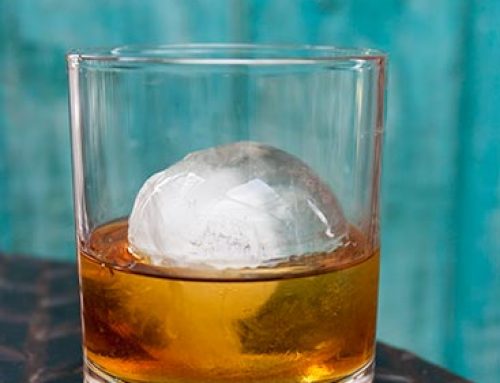 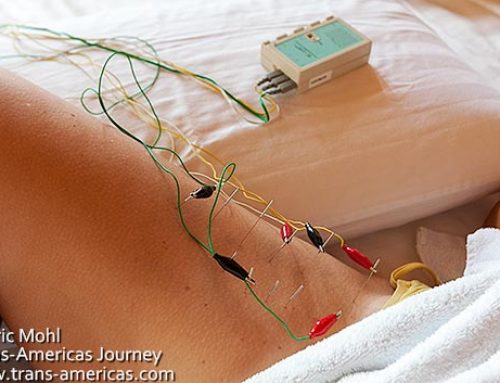