It’s a big deal celebrating 200 years of independence (remember 1976 in the US anyone?) and, as we’ve mentioned before, Mexico loves a party. So it’s a very big deal as the country gears up to celebrate Mexican Independence Day (September 16) and 200 years of its independence from Spanish rule. And we were there. 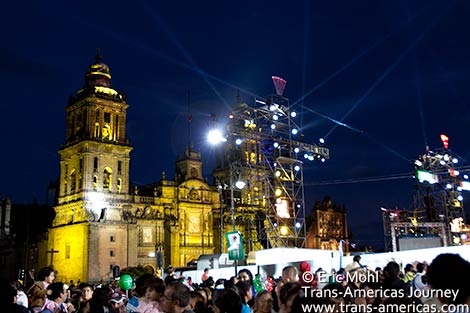 The Metropolitan Cathedral, on the edge of the Zócalo in Mexico City, is a witness to the city’s September 16 celebrations marking Mexico’s 200th anniversary of independence from Spain.

Bicentennial build up in Mexico City

The build up started years ago when the government installed enormous digital countdown clocks around the country which ticked away the number of left until this momentous bicentennial anniversary. 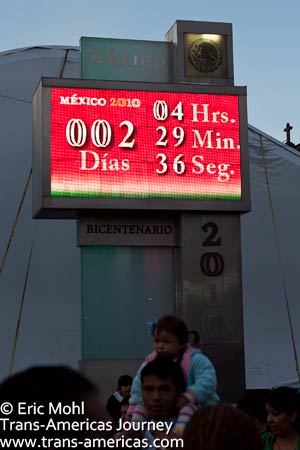 A bicentennial countdown clock in the Zócalo in Mexico City. 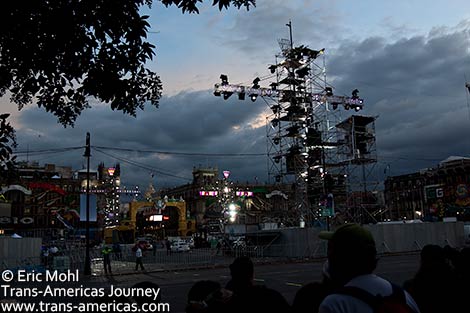 Final sound and light checks in preparation for celebrations on September 16 in Mexico City’s Zócalo to mark the 200th anniversary of the country’s independence from Spain.

Countdown clocks around the country are also winding down as excitement, and party preparation, builds. Cities and towns of all sizes will throw the biggest parties they can muster, but none will be bigger than the fandango planned in the capital whichwill include Mexican President Felipe Calderón’s re-enactment of Dolores Hidalgo’s famous grito (shout) that inspired the fight for independence.

It seems fitting that this will take place in the shadow of the city’s Metropolitan Cathedral, the oldest and biggest cathedral in the Americas which has seen (and survived) so much since construction started in the late 1500s.