Most of the drives that we include in our Epic Drives series of posts are long, remote, and arduous. But what the drive through Cañon del Pato in Peru lacks in length and difficulty it makes up for in sheer geographical wackiness as two major mountain ranges practically touch in this scenic canyon. Don’t miss our dramatic dashcam video. 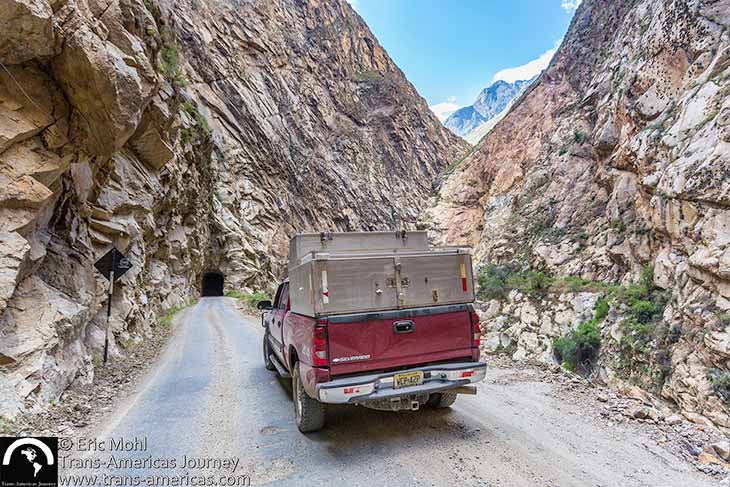 Our truck about to enter one of 35 tunnels on the drive through Cañon del Pato in Peru.

A stretch of road through Cañon del Pato (which may also be spelled Canon del Pato, Pato Canon, Canyon del Pato, or Pato Canyon) connects the town of Caraz to the town of Huallanco where there’s an important hydroelectric plant. 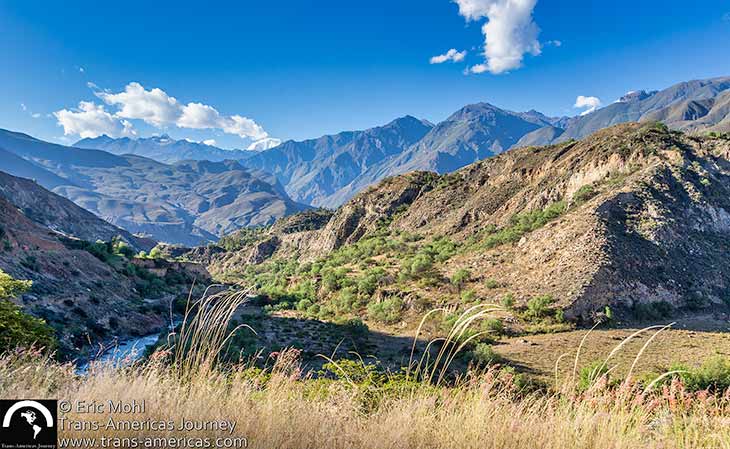 Views of the Huaylas Valley between the Cordierra Blanca and the Cordillera Negra.

The word pato means duck in Spanish, but this road is not named after tasty waterfowl–turns out, Huallanco used to be called Patos. 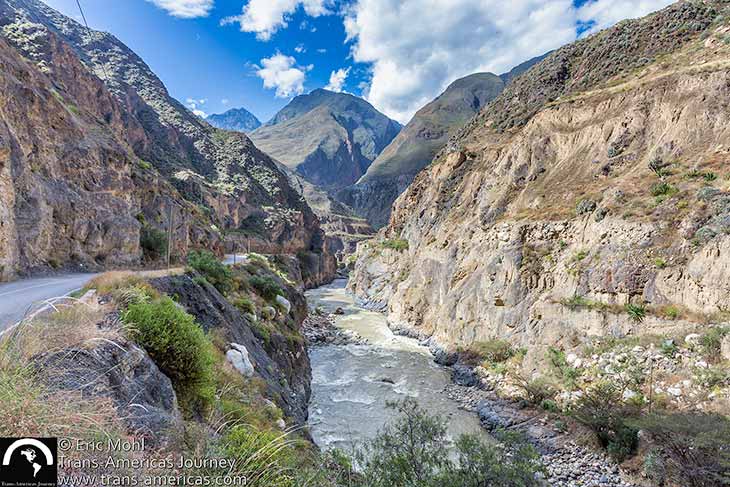 Entering the Cañon del Pato from Caraz toward Huallanco.

Some people morbidly refer to this area as the Valley of the Dead Nuns because a vehicle full of nuns went over the edge of this road which is narrow and has many sheer drop-offs (though there are some guard rails in place now).

And did we mention the tunnels? 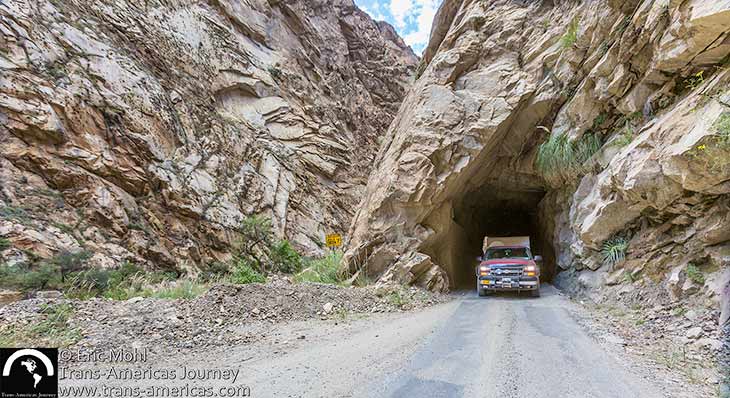 During sections of this drive it felt like we were constantly exiting or entering a tunnel. 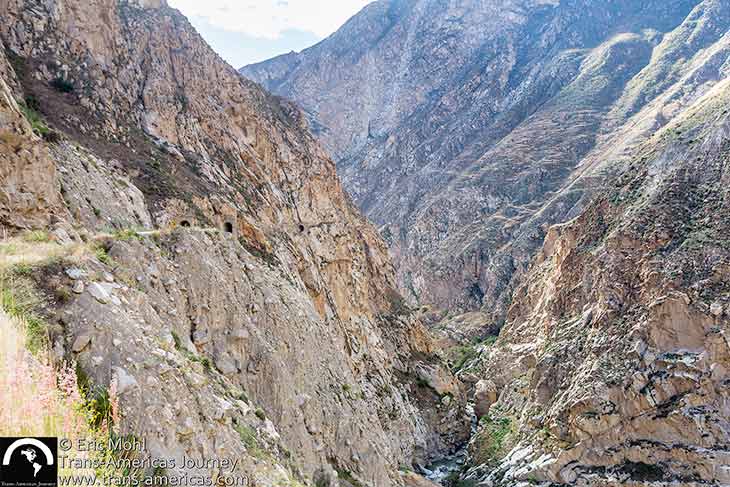 You can see three separate tunnels in this short stretch of road through Cañon del Pato.

It all makes the famous Going to the Sun road in Glacier National Park in the US state of Montana look like child’s play. Not surprisingly, the tunnels and the paved (but potholed) road seemed to be in a perpetual state of maintenance and we passed a lot of road workers who shouted hello to us as we drove by.

Tunnels, tight canyon walls, and rushing water were mainstays of this drive.

There are lots of waterfalls along the way including one predictably called Bridal Veil. There are also a bunch of manmade waterfalls that divert even more water to the hydroelectric plant in Huallanca. 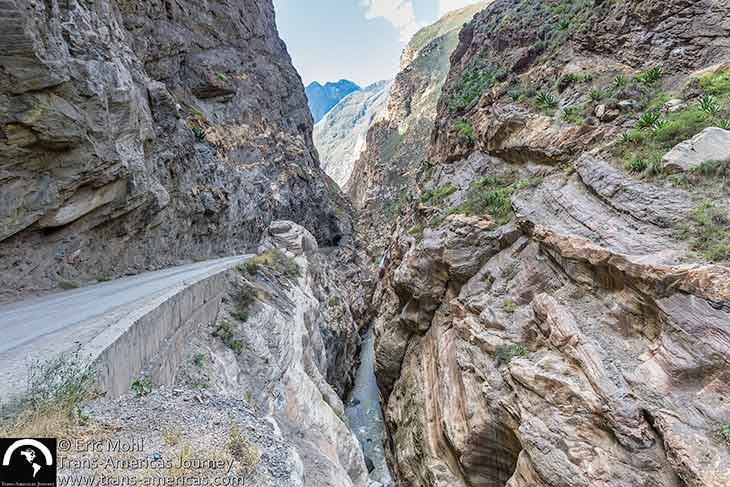 With 35 tunnels in a one-way length of just under 8 miles (12 km), that’s about four tunnels for each mile. Sometimes we were no sooner out of one tunnel than we were entering the next one. 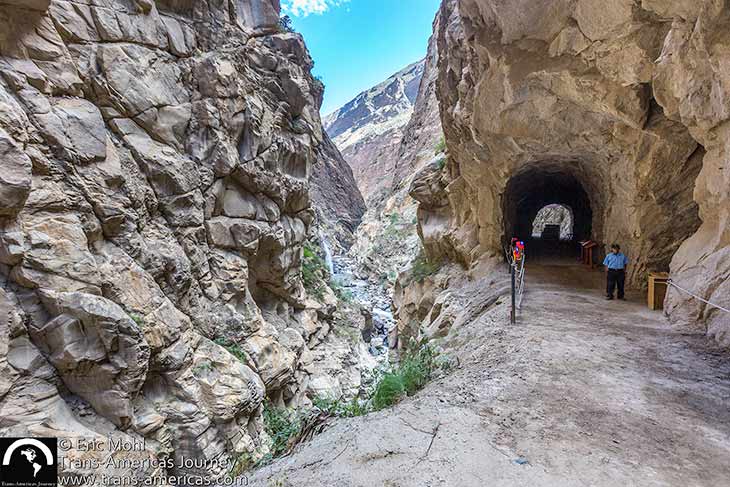 A maintenance worker on the trail that runs out of tunnel #11.

And, yes, we honked our horn a lot inside the tunnels, though no other drivers seemed to be doing that…Some of the tunnels are just rough rock inside and other tunnels have been nicely finished. 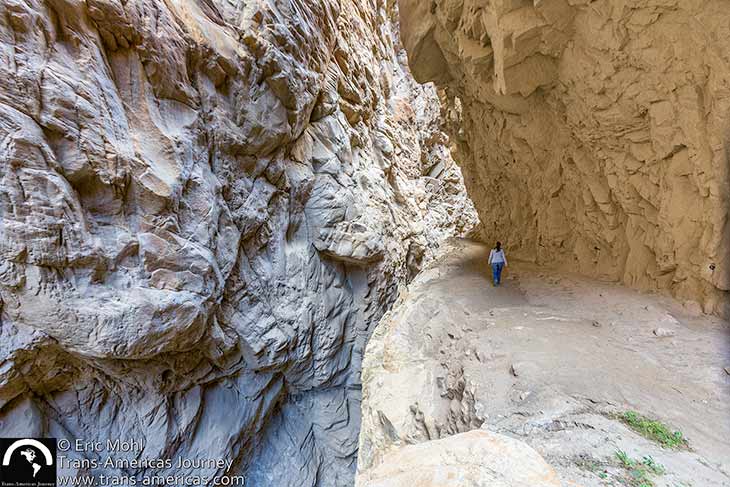 Inside tunnel 11, for example, there is a nice little siding you can park in before walking along a 650 foot (200 meter) trail to see the tightest point in this rugged and steep canyon as the Cordillera Blanca and Cordillera Negra mountain ranges come within 20 feet (6 meters) of each other. 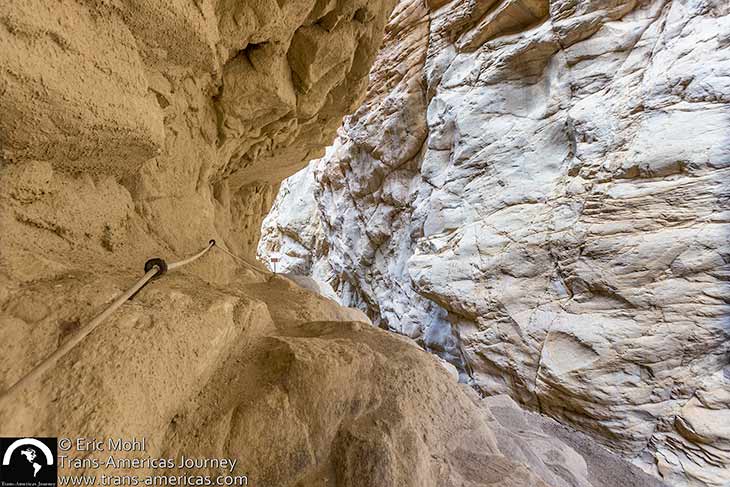 Don’t miss the very short walk to the union de las cordilleras (meeting of the mountain ranges) where the Cordillera Negra and the Cordillera Blanca are just 20 feet (6 meters) apart.

This point is called union de las cordilleras, or meeting of the mountain ranges and the trail that gets you to the viewpoint outside tunnel 11 is narrow in places with steep drop-offs. Use the safety ropes they’ve installed along the way. 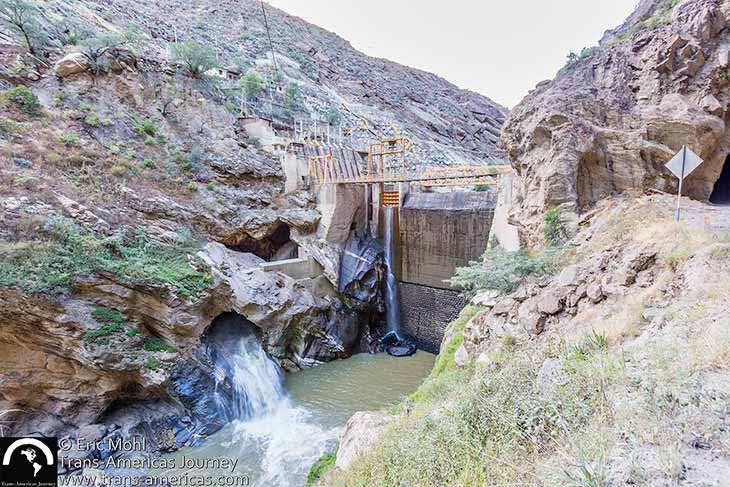 One of the water diversion tunnels that bring water to the hydroelectric plant in the town of Huallanco.

After admiring the hydroelectric plant down in steamy, low-altitude Huallanco (there’s really not much else to see there), we turned around and drove the road back up to Caraz. 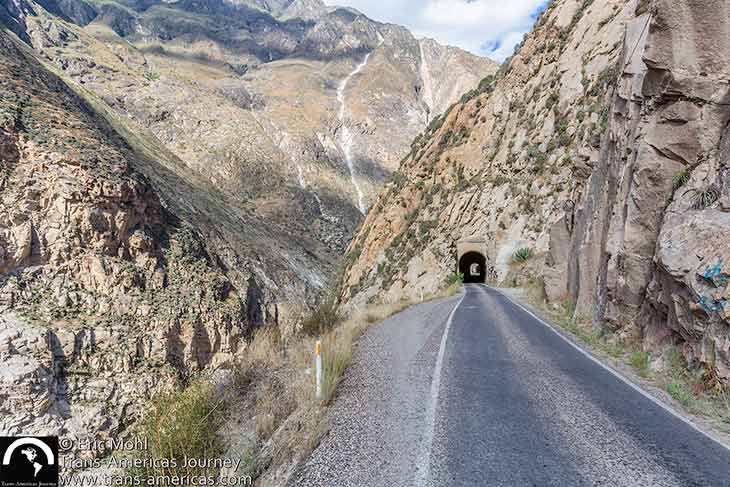 Get a dashcam view of our epic drive through Cañon del Pato in our drive-lapse video, shot with our Brinno camera, below.

Cañon del Pato by the numbers

Total round trip distance: 46 miles (74 km) from Caraz to Huallanco and back to Caraz