Capitol Reef National Park in Utah was founded on December 18, 1971 and it still puts on one of the best rock shows in the entire US national park system. 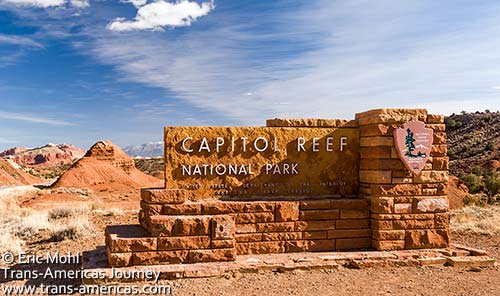 Fittingly, the sign for Capitol Reef National Park is made from some of the area’s stunning rock.

Capitol Reef National Park really does have a reef

The main attraction (and namesake) of Capitol Reef National Park is an enormous spine of sandstone that acts like a barrier, or reef, which is what olde timey travelers called any geographical barrier that got in their way. 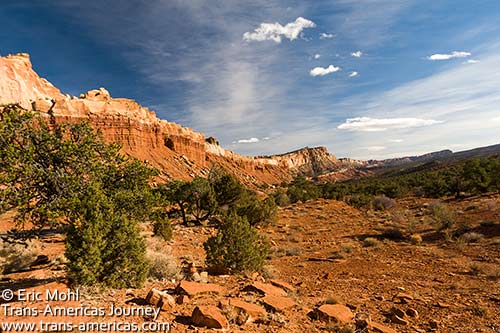 This section of undulating rock forms part of the “reef” from which Capitol Reef National Park gets its name.

As we drove through the park we were amazed at how the rocky terrain changed like neighborhoods in a city—now red Navajo sandstone walls, now beige flat stretches, now pure white pitted pillars, now grey sandy humps. 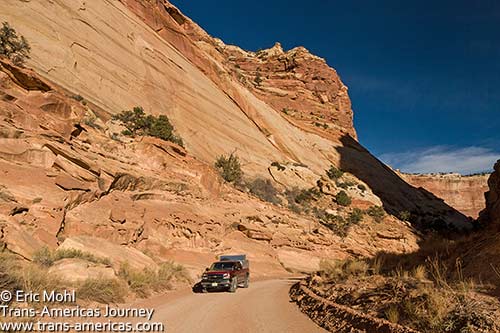 Our truck dwarfed by yet another breathtaking rock formation in Utah’s Capitol Reef National Park. 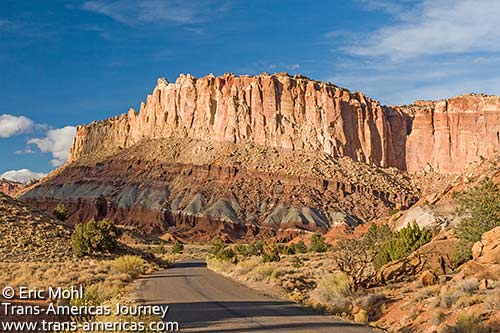 Part of Scenic Highway 12, one of the most beautiful stretches of road in this part of the United States and a great way to access Capitol Reef National Park. 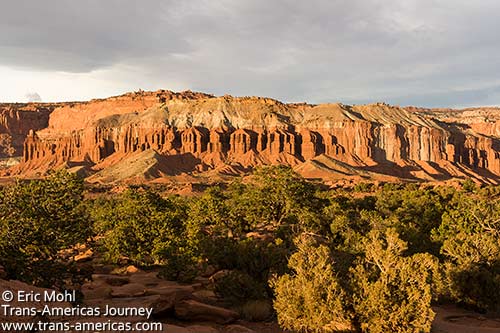 Go ahead and pick the fruit

The park is home to the remnants of cabins, schools and farms left behind by the area’s first white settlers who managed to find a way into the region. Weirdly, park visitors are allowed to pick the fruit that the settler’s old orchards still produce each season.

There was no fruit around when we visited so we focused on the park’s scenic drive along a mostly paved road past pockmarked sandstone formations, side canyons and run offs. The road saves the really dramatic scenery for the last unpaved miles and then dead-ends at Capitol Gorge, a pass through the imposing sandstone walls which Native American tribes and early settlers used like a road.

Beware of the chukars

The walls of Capitol Gorge still hold onto Indian petroglyphs and inscriptions from settlers who passed through in 1911. The gorge is also home to some more recent arrivals: strange birds called chukars that look like enormous quail but without the floppy head piece and with a hooked magenta beak and magenta colored legs. 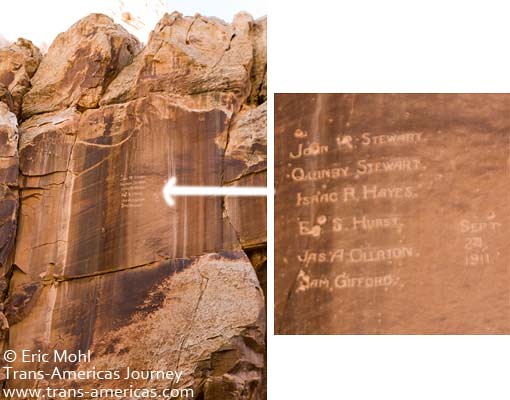 Inscriptions from settlers passing through the area of Utah now known as Capital Reef National Park in 1911 can still be seen.

We know all of that because the things are nearly tame. As we walked through the gorge a flock of a half dozen chukars walked right up to us, like dogs, and when we sat down on the ground they happily pecked and scratched all around us. We were charmed until a ranger told us that the chukars are an invasive species that’s slowly but surely pushing the native quail out. 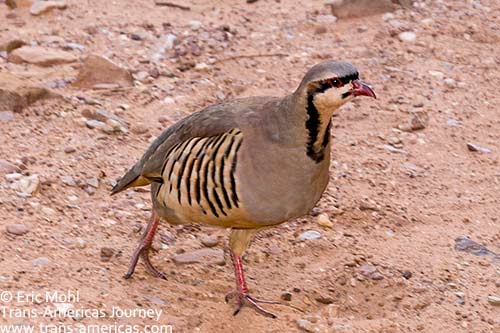 Do not be fooled by the charming friendliness of the chukars in Capitol Reef National Park. They are an invasive species that’s slowly wiping out the indigenous quail.

Scenic Highway 12 is one of the most, well, scenic stretches of road in this part of the United States and a fantastic way to access Capitol Reef National Park. Just drive it.