Map of all posts about travel in Costa Rica. Move around, zoom in or out, go full-screen, and click on any icon to see a post synopsis.

Pura vida (pure life) is the official slogan of Costa Rica and Ticos, as citizens call themselves, really do say it all day long–usually instead of goodbye. US dollars are accepted throughout Costa Rica almost as commonly as Costa Rican colones and dollars are dispensed from the ATMs at no additional charge. Logistics and linguistics aside, Costa Rica is best known as an early adopter of green travel and it’s nature—beaches, volcanoes, a dozen national parks, rivers, rainforest, and more natural beauty. We spent nearly 6 months driving 5,149 miles (8,286 km) through the entire country exploring all of that nature (and more) to produce nearly 70 blog posts about travel in Costa Rica. Start your own Costa Rica trip planning with the travel advice and hand-picked destination highlights in our Costa Rica Travel Guide.

On Your Costa Rica Itinerary

You may think you know where you want to go in Costa Rica. You may be wrong.

Skip the Pacific coast and head for the Caribbean coast instead if you’re after a chill beach scene with a wide range of hotels.

Manuel Antonio National Park gets a lot of attention (and thousands of visitors) as the spot to visit to see Costa Rican iconic wildlife including sloths and monkeys. But head to Corcovado National Park instead to see all of those critters and more, without the crowds plus two fantastic eco-lodges.

Costa Rica has plenty of big-name luxury hotel players, especially in the increasingly luxe Guanacaste Peninsula. But small-scale, top-shelf hotels can be found around the country.

Kura Design Villas is the chicest boutique hotel in the country and has the best infinity edge pool with an ocean view.

Selva Bananito Eco Lodge and Preserve delivers the luxury of comfort in a truly green environment with plenty of jungle adventures.

Le Caméléon Boutique Hotel is eclectic and sleek. Be prepared for the color scheme of your room to change daily.

Poas Volcano Lodge is the most stylish and comfortable accommodation near Poas Volcano National Park.

Dantica Cloud Forest Lodge in San Gerardo de Dota is the best boutique base camp for your cloud forest explorations.

Finca Rosa Blanca Coffee Plantation Resort is the most elegant, truly green resort in Costa Rica and has its own organic coffee plantation where an excellent coffee tour is offered.

Here are our top 22 Hotels in Costa Rica.

There are 12 national parks in Costa Rica. One of our favorites is Tenorio Volcano National Park where natural minerals from the volcano turn the Rio Celeste an eerie cloudy blue color. Recently improved trails and a great nearby eco hotel round out the appeal of this little-visited park.

Whitewater rafting on the Rio Pacuare is a beautiful and adrenaline-filled experience, especially during high water (October through December).

By far, the greatest adventure in Costa Rica is SCUBA diving in Cocos Islands National Park, one of the four UNESCO World Heritage sites in Costa Rica, where sharks congregate in huge numbers. If diving with huge schools of hammerheads plus tiger sharks, whale sharks, Galapagos sharks, reef sharks, and more isn’t enough for you, then sign up to get into a tiny submersible and travel 300 feet (100 meters) to 1,000 feet (300 meters) below the surface.

We call it extreme tubing and the place to do it is in the Rincon de la Vieja Volcano National Park.

Whale watching on the Pacific Coast of Costa Rica was impressive enough for us to post a photo essay about it.

And here’s how to have your own Costa Rican road trip adventure.

Coffee is king in Costa Rica where it’s illegal to plant Robusto coffee because it’s considered inferior to Arabica and growers are afraid Robusto plants could cross-pollinate with existing Arabica plants and affect the quality of Costa Rican beans. The best coffee plantation tour we’ve had on the Journey so far was at Finca Rosa Blanca Coffee Resort. You can take the tour even if you’re not staying there. Here’s what we learned about buying and brewing the best coffee.

Costa Rica’s craft beer movement started on the beach in Tamarindo and has expanded from there.

Created in San José, chifrijo is a bowl of white rice with red beans, a bit of tangy broth, chopped onion and tomato, cubed pork, a squeeze of lemon and, chicharron (fried pork skin) sprinkled on top. Look for excellent chifrijo on your way to Playa Jacó.

A new wave of restaurants and bars in San José continues to up the culinary game there.

Costa Rica’s calling card is nature, not culture. However, there’s a wide range of compelling museums in San José, from colonial to contemporary. 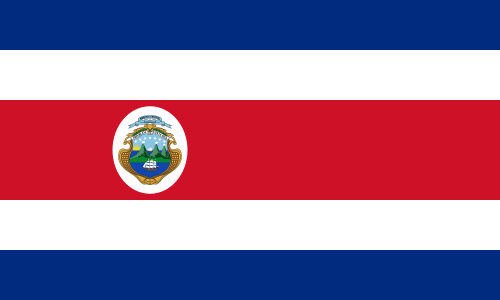 Ready for more? Read all of our posts about travel in Costa Rica.

Inside Our First House Sitting Gig in Matapalo, Costa Rica