Looking for ancient culture near the lovely city of Merida? Head for the Dzibilchaltún and Mayapán Mayan archaeological sites near the city. One was a stunning surprise. The other, not so much. 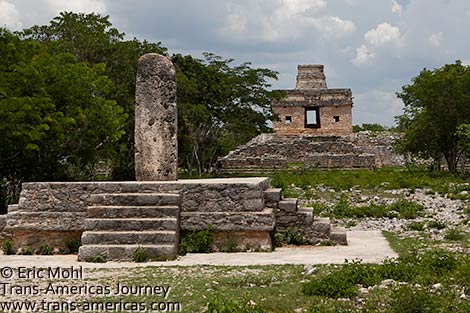 Every Spring Equinox the sun shines directly into and through the brilliantly engineered Templo de las Siete Munecas (in the background) at the Dzibilchaltún archaeological site, signaling the start of a new season.

As amazing as the culture was, sometimes Mayan sites just don’t live up to the hype. For us, Dzibilchaltún was one of those disappointments. Our expectations were high. After all, this is a Mayan archaeological site that not only has piles of rocks but its own private cenote and the brilliantly engineered Templo de las Siete Munecas (Temple of the Seven Dolls) which allows the sun to shine directly through a window every Spring Equinox, lighting up the whole building like a beacon and signaling the start of the new season. 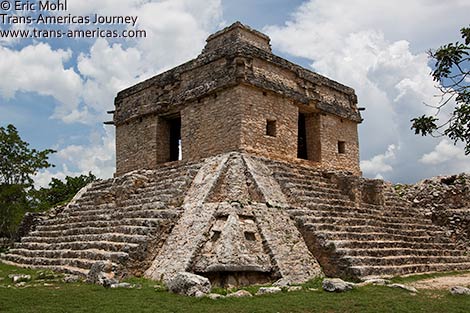 The Templo de las Siete Munecas (Temple of the Seven Dolls) at the Dzibilchaltún archaeological site.

That’s all pretty cool, but we found the site, overall, to be a bit of a dud and our experience was not enhanced by the fact that we were forced to pay the usual INAH admission fee plus a Yucatan state Cultur fee for use of the filthy toilets and closed museum. All told is cost 83 pesos (about US$6) per person to enter Dzibilchaltún which is more than double what other similar archaeological sites in Mexico cost.

South of Merida is the Mayapán archaeological site, which on the other hand, was a mind-blowing bargain. For just 31 pesos (about US$1.65 and no bogus Cultur charges here), this pre-Columbian Mayan site delivers a range of unusual features including a round building, gorgeous decorative carvings, and remarkably intact frescoes.

Did we mention that there were only six other people at the site during our visit? 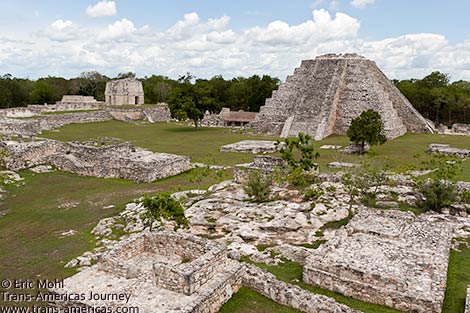 The Temple of Kukulkan at the Mayapán archaeological site. 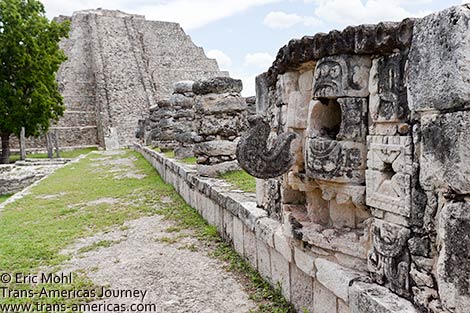 Gorgeous carvings at the Mayapán archaeological site. That’s the Temple of Kukulkan in the background. 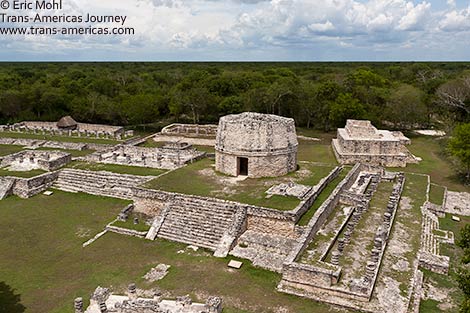 The unusual Templo Redondo (Round Temple) at the Mayapán archaeological site is reminiscent of El Caracol at Chichen Itza. 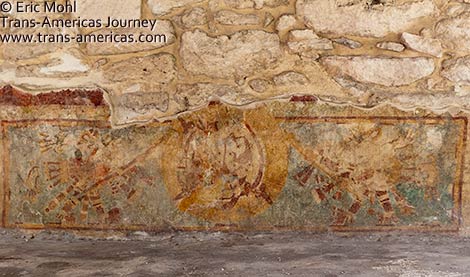 These frescoes at the Mayapán archaeological site were some of the best we’ve seen in Mexico.