Less than 20 miles (30 km) from the steamy city of Valladolid lies the Ek’ Balam archaeological site with the remains of a rich Mayan city. In the local Yucatec Mayan language, one of more than 30 different Mayan languages, the name Ek’ Balam means Black Jaguar. It’s a fittingly imposing name for a city that is believed to have been large and prosperous. 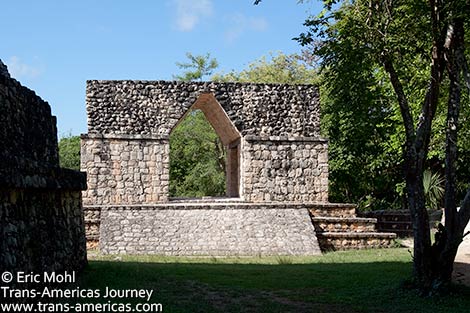 A classic Mayan arch at the Ek’ Balam archaeological site in Mexico.

Most of the structures of Ek’ Balam date back to the Late Classic period (600-900 AD), including an impressive tomb. Part of Ek’ Balam’s charm is that it’s such a compact set of ruins with a handful of buildings that can happily be explored in an hour or so. Here are some highlights. 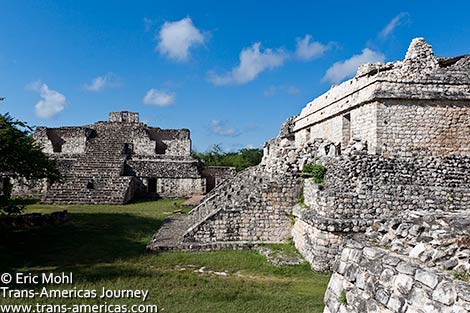 The Twin Pyramids (right) and the Oval Palace (left) at the Ek’ Balam Mayan archaeological site in Mexico. 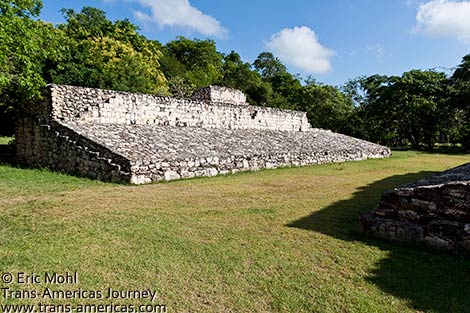 The ball court at Ek’ Balam. 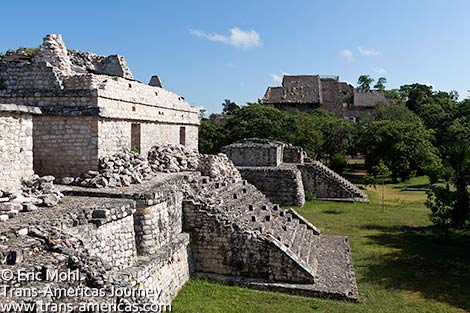 One of the Twin Pyramids (near), the ball court (middle), and the Acropolis (rear) at the Mayan ruins of Ek’ Balam.

Undeniably the most impressive features at Ek’ Balam is the Acropolis. At more than 520 feet (160 meters) long and more than 100 feet (30 meters) high it’s imposing. 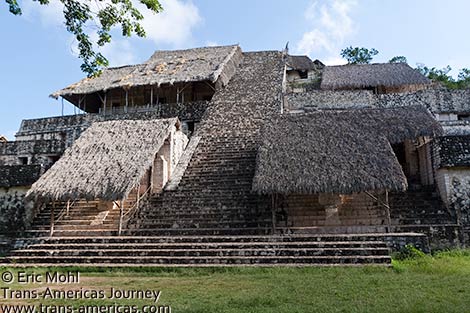 The Acropolis is the largest structure at Ek’ Balam and it contains the tomb of Ukit Kan Le’k Tok’ which is now protected beneath the palapa on the upper left-hand side.

About two-thirds of the way up the Acropolis, archaeological types recently uncovered the tomb of Ukit Kan Lek Tok, one of Ek’ Balam’s rulers. His final resting place is marked by amazing carvings including really menacing fangs around the tomb’s door. The tomb’s walls are covered with more intricate carvings and Mayan glyphs. A headless figure is seated above the door and some experts believe this is a depiction of Ukit Kan Lek Tok himself. 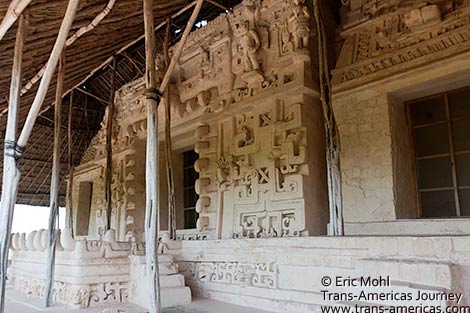 The elaborately-carved tomb of Ukit Kan Le’k Tok’ is the main draw of the Ek’ Balam archaeological site.

Another unusual aspect of the tomb are large statues of what look like winged warriors and also bring to mind Christian angels even though the figures were carved hundreds of years before Spanish conquistadors brought Christian iconography to the region. 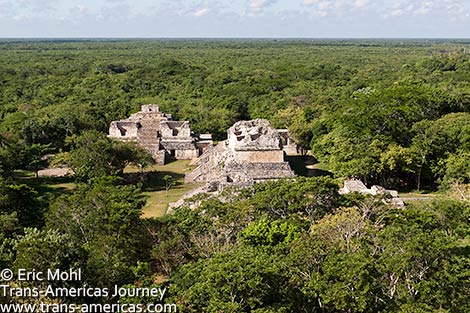 Climbing more than 100 feet (30 meters) to the top of the Acropolis is worth it for this view over Ek’ Balam and the surrounding jungle. 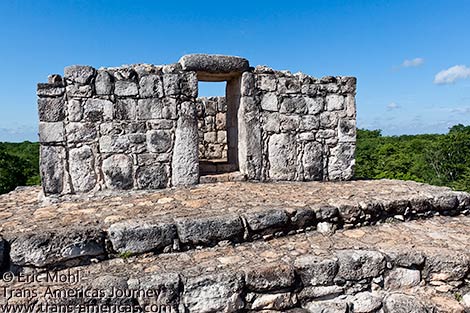 A temple atop the Oval Palace at Ek’ Balam archaeological site.