This part of the world is packed with archaeological sites featuring general and sundry piles of very, very old rocks. El Tajin is special in a number of ways including trippy architecture and a death-defying dance. 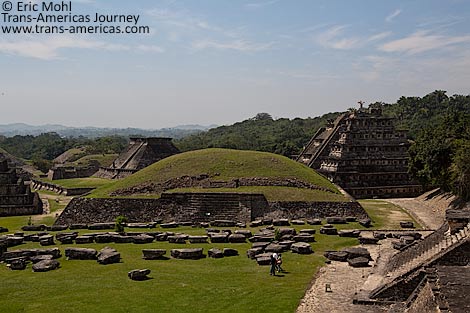 Excavated structures are interspersed with un-excavated mounds like this one which give visitors a sense of what El Tajin may have looked like when archeologists first got to work.

El Tajin (51 pesos, about US$3)  is a pre-Columbian site that’s estimated to have been inhabited as far back as 5,600 BC. El Tajin is also believed to be one of the largest and most culturally diverse settlements of the era. 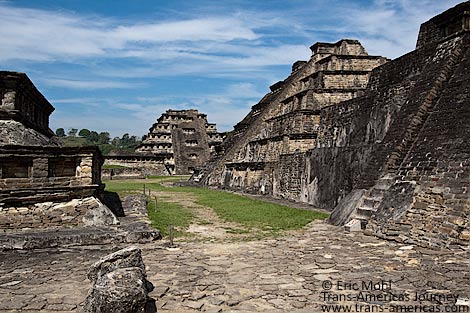 El Tajin is believed to be one of the largest settlements of the era and sections look a bit like city streets.

The El Tajin city covers more than four square miles (10 square km), but only a fraction of that is open to visitors. We walked through and photographed the entire public area in just over a couple of hours. 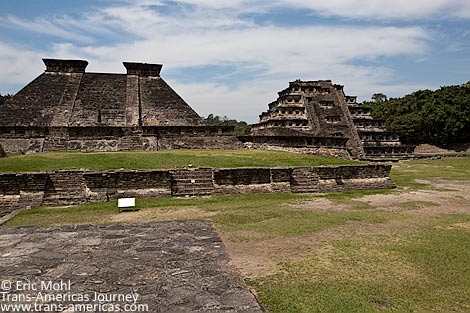 Every March, Tajin is the epicenter of the multi-day Cumbre Tajin Festival. Temporary tent cities are set up to accommodate the tens of thousands of visitors who come to see performances of traditional arts, visit the site at night, and enjoy concerts. 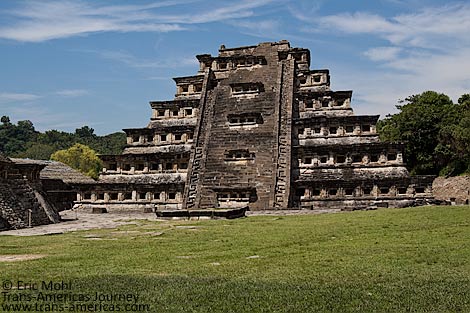 The distinctive Pyramid of the Niches at the El Tajin archaeological site in Veracruz state. 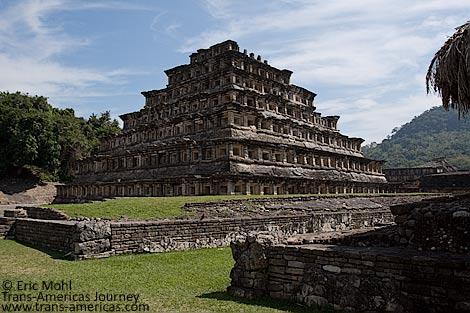 The distinctive Pyramid of the Niches at the El Tajin archaeological site in Veracruz state.

In 1992 Tajin became a UNESCO World Heritage Site. Maybe the most well-known of its structures is the Pyramid of the Niches where 365 individual boxes give it an Escher-esque “pyramid to nowhere” look. 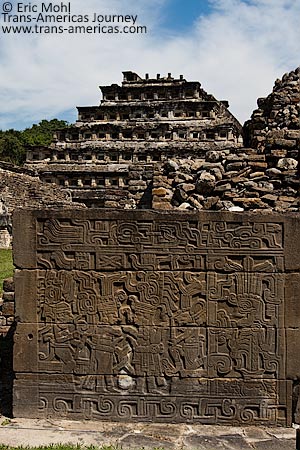 Many of the carved stones at El Tajin are in remarkably good shape, despite their age.

In addition to the ruins themselves, Tajin has a small museum which is nicely laid out and houses many carved pieces discovered at the site. 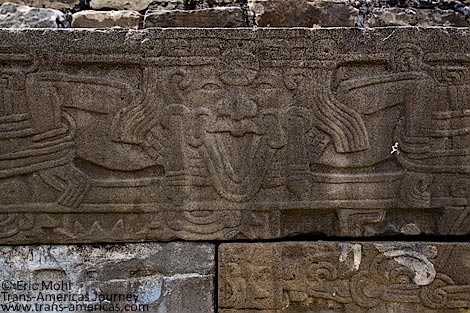 We loved the big old smile depicted on this face in one of the etchings at El Tajin archaeological site.

As we were leaving the site a group of traditional voladores were beginning their daily performance by climbing up a very tall pole in front of the main entrance. About midway through the dancer’s slow, zen-like spin head-first toward the earth we were “asked” for 30 pesos (about US$1.50) each. 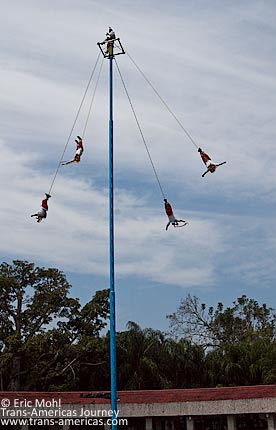 Check out this death-defying dance in our video, below.