After our own sort-of-miraculous recovery from our campsite robbery, we packed up and traveled onward to the town of Esquipulas where many people, including a Pope, believe real miracles occur. 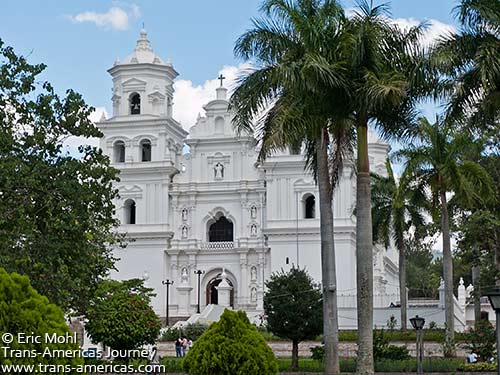 The gleaming white Basilica of Esquipulas in Guatemala is home to one of the world’s most revered images of a Black Christ.

Esquipulas is not the only town that has a church which features a depiction of Christ as a black man, however, the sculpture of the Christo Negro (Black Christ) in the Basilica of Esquipulas is credited with miracles and has become a major pilgrimage site even meriting a visit by Pope John Paul II. 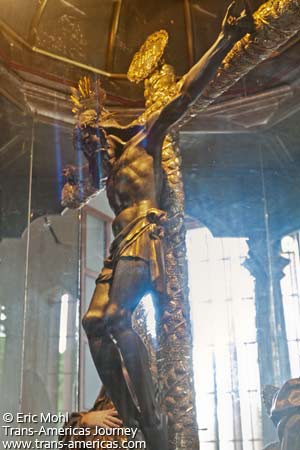 The Black Christ, or Cristo Negro, in the Basilica of Esquipulas in Guatemala.

Tens of thousands of devout Catholics cram into Esquipulas during the annual celebration of the Black Christ which happens on January 15th. They come to pray and ask for help in front of a religious icon which has been credited with miraculously curing Pedro Pardo de Figueroa, the Archbishop of Guatemala, from a serious illness in 1737. 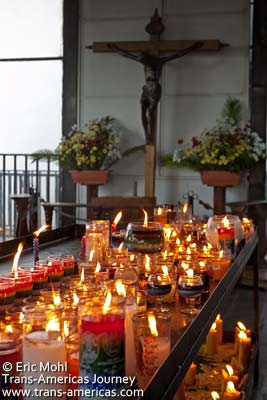 A copy of the real Black Christ of Esquipulas behind candle offerings from the faithful.

Perhaps an even more impressive miracle is the fact that Esquipulas was the site of a Central American peace summit which laid the groundwork for what became the Guatemalan Peace Accords of 1996 which ended the country’s ghastly 36 year civil war.

The Basilica de Esquipulas is such a major religious site that Pope John Paul II paid a visit in 1996 to mark the 400th anniversary of the church which the Pope is said to have called “the spiritual center of Central America.”

The church itself seemed weirdly extra-white and the Black Christ, which is carved from a nearly black piece of wood, looked just like White Christ. Other than the darker color, the features, hair, facial expression and general angst-ridden pose is exactly the same as every other depiction of Christ that we’ve ever seen. 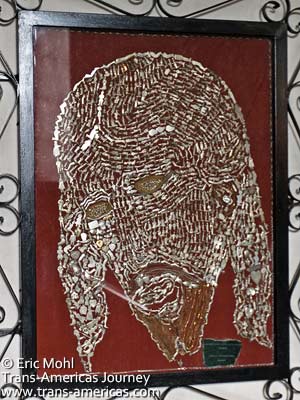 Milagros (tiny metal offerings left by those requesting a miracle) form an image of Jesus at the Basilica of Esquipulas in Guatemala.

A sloped walkway leads up to the image from a side entrance and allows worshipers to walk a 360 degree circuit around the sculpture which is placed behind the main altar. The trip up this ramp can literally take all day during the festival in January, but we moved along quickly with just a few other families. One woman was singing beautifully and everyone knelt and prayed intently when they reached the front of the Black Christ, each clearly asking for something specific and important. There were tears.

Then each person stood and slowly backed away down the ramp, never turning their back to the image that has come to mean so much to so many. 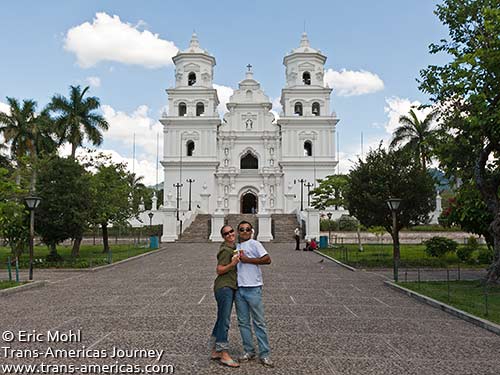 Karen and our friend George in front of the Basilica of Esquipulas in Guatemala.