There are articles all over the web offering advice about how to do, well, almost anything.  A recent series of encounters with Geiger & Associates, a public relations firm based in Tallahassee Florida which specializes in media marketing for travel destinations in the US, and its owner Debbie Geiger has inspired this “how NOT to” piece. 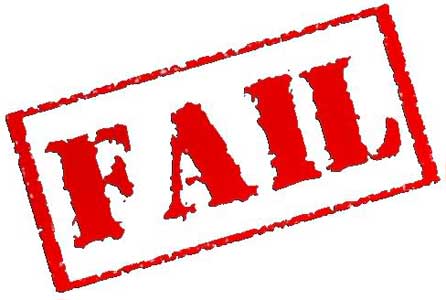 What is public relations?

Merriam-Websters defines public relations as “the business of inducing the public to have understanding for and goodwill toward a person, firm, or institution.” In other words, public relations firms are hired to help people, businesses, destinations, products, services, etc. promote themselves by gaining publicity often through media coverage of the client. In the tourism industry one major way PR agencies drum up coverage of their clients is by inviting journalists on press trips.

We get invited on press trips all the time. Usually we are not interested because the destination or attraction being featured is not the sort of thing we cover for the magazines and newspapers we freelance for or for the posts we do on our own blog.

In July the Geiger & Associates public relations firm invited us on a press trip to the  Fredericskburg region of Texas. This trip was of interest to us, but because we are in the midst of a road trip through The Americas (we were in Honduras when we got the invite) and we no longer reside in the US (or anywhere else for that matter) press trip travel arrangements are sometimes a bit complicated for us since it’s normally assumed that participating journalists are based in the US. In order for us to take part in most press trips we have to return to the US on our own.

We hadn’t planned on returning to the US when we got the press trip invitation. However, this press trip would allow us to expand our knowledge of a region of Texas that’s new to us. Additionally, one of the major publications Karen writes for recently mentioned they were looking for Tex-Mex stories so the itinerary had potential. The timing and location of the trip also opened up the possibility of visiting family and catching a friend’s wedding in the US and this trifecta of family, press trip and wedding suddenly made the purchase of our own return tickets from Honduras to the US for the press trip then back to Honduras after the press trip look worthwhile.

The day after we received the invite we replied to Geiger & Associates stating that we were very interested in this trip, but in order to attend we would have to be flown from California (where we’d be visiting family) to Texas for the press trip then on to New Orleans after the trip where our friends were getting married. We would then return to Honduras from New Orleans on our own dime.

This was all cool with Geiger & Associates who assured us that “you and Eric definitely have spots on the Fredericksburg trip and we’re looking forward to having you.”  Based on this commitment we purchased two tickets from Honduras to California, returning to Honduras from New Orleans with the Texas trip in between. These international tickets cost more than $1,800 but being able to accomplish a family visit, take part in a potentially fruitful press trip and attend our friends’ wedding justified the expense.

Three weeks after inviting us Geiger & Associates abruptly “dis-invited” us with only a vague explanation. We spent the following eight days sending emails and leaving phone messages with the public relations firm, anxious to discuss why journalists were required to incur a penalty if they backed out on their commitment to attend the trip but Geiger & Associates felt it was fine for them to back out and leave us out of pocket for the expense we’d incurred to return to the US from Honduras AND the additional expense of traveling from California to New Orleans on our own instead of via Texas as part of the press trip.

All of our messages went unanswered and it was clear that we were being willfully ignored. In not one but two emails we let Ms. Geiger, the owner of Geiger & Associates, know that if we did not get some response from her by the end of the day on the following Monday we would have no choice but to contact the client involved in this press trip. Monday came and went with no repsonse from anyone at Geiger & Associates so we contacted Fredericskburg, Texas officials who assured us that we would receive a reply that day.

We did, indeed, get a reply from Geiger & Associates that same day agreeing to purchase flights for us from California to New Orleans. Dispute resolved, right? Not quite.

Debbie immediately went on a campaign to ruin Karen’s name in the publishing industry by sending a very misleading email to many of Karen’s editors (and, in most cases, their bosses too) in which she misstated certain details and omitted most of the salient facts.

The intent was clear: employ classic “push poll” tactics to give editors the impression (unfounded and untrue) that Karen has somehow misrepresented or abused her professional relationship with their title. We are happy to say that all but one of the people contacted by Ms. Geiger saw through her attempts to manipulate them and have remained on excellent working terms with us.

We’ve been in the publishing industry for more than 20 years and we’ve worked with hundreds of public relations agencies around the world. We can honestly say that we have never seen (or even heard of) behavior this unprofessional, petty, disgraceful and vindictive from a public relations agency. And we hope we never do again.