We spent a total of 140 days traveling in Guatemala in Central America during our Trans-Americas Journey road trip. We trekked through the jungle to El Mirador archaeological site, witnessed drunken horse racing in Todos Santos, returned to lovely Lake Atitlan again and again, got robbed while camping at a lake inside a volcano, and fell in love (again) with Tikal. Here are our top Guatemala travel tips. 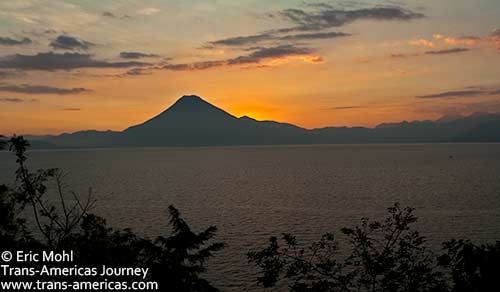 The word Guatemala means “land of forests” in one of the local Mayan dialects. Ironic, since deforestation is such a problem in Guatemala. We wonder what a Mayan word for “land of mudslides” is… 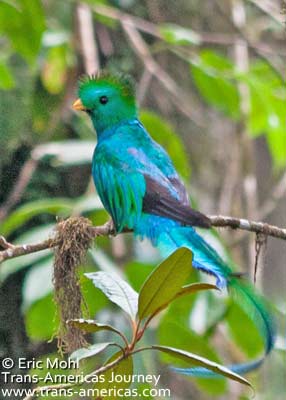 This male quetzal emerged from its nest inside a hollow tree trunk and posed for us on a nearby branch in the Chelemhá Cloud Forest Reserve in Guatemala.

The impossibly technicolor quetzal is the national bird of Guatemala. It’s also the name of the country’s currency and a really great reason to start planning a visit to Guatemala right now.

The awesome ceiba, sacred to the Mayans, is the national tree of Guatemala. The thing starts its life covered in enormous spikes and can grow more than 200 feet (70 meters) tall. 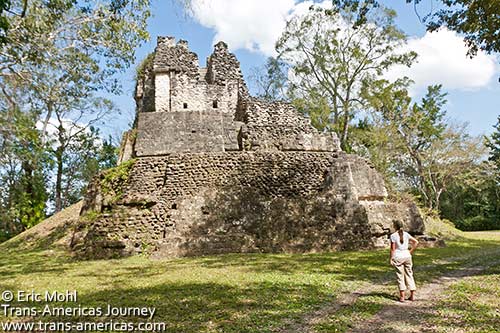 Karen at the Uaxactun Mayan archaeological site in Guatemala, one of our favorites.

Guatemala is part of the Mundo Maya (along with southern Mexico, Belize, and Honduras) and home to Uaxactun archaeological site just a few miles beyond Tikal. We’ve visited more than 60 Mayan archaeological sites since the Journey began and Uaxactun is our top spot for anyone interested in being part of authentic, less-crowded ceremonies marking the mysterious end of the Mayan long count calendar in 2012.

In the most recent Presidential election the wife of the then-sitting President  of Guatemala divorced him so she could, in her words, “marry the people.” This was widely seen as a blatant attempt to get around constitutional rules against family members of an outgoing President taking over the post. It took months, but Guatemala’s Supreme Court eventually saw it that way too and ruled that she had to abandon her campaign for the Presidency.

Postage to mail a postcard from Guatemala to the United States is a whopping 6.5Q (about US$0.84).

In October of 2011, Guatemala City introduced a few women-only buses.

We appreciate the no-nonsense language of our Lonely Planet guidebook to Guatemala in which the author wisely reminds readers that his guide (or any guide) “is not God talking.”

There’s a division of the Guatemalan Tourism Department called PROATUR and their sole job is to assist tourists with questions, problems, and conflicts. We can tell you from first-hand experience that this unique program gets results. 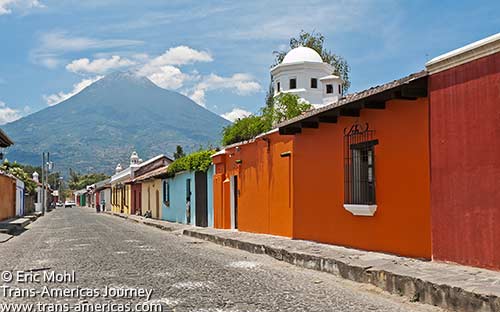 Colonial architecture lines a cobblestone street in Antigua with the Agua Volcano–one of three that ring the city– in the distance.

Antigua, Guatemala was settled by the Spanish as the capital of all of Central America. Today, the UNESCO World Heritage Site city just outside Guatemala City is famous for its Colonial charm and for its Semana Santa (Holy Week) processions and pomp. It’s the largest Easter celebration in the Americas and a must-see for the religious or the just plain culturally curious.

Guys reflexively put their thumbs inside the mouths of their beer bottles and pop them before drinking. As if your thumb is cleaner than the bottle???

It’s far from a foodie destination but for some reason, you can get great pesto sauce in Guatemala. Go figure. Also, they do a mean fried chicken and we had some of the best ceviche we’ve ever had in the midst of Guatemala City.

Guatemalans use the ancient “libra” measurement which weighs the same as a pound and is actually the Latin word from which we get the “lb” abbreviation.

Topes are called tumulos in Guatemala and these speed bumps in the road are just as ubiquitous and annoying as they are in Mexico and the rest of Central America. 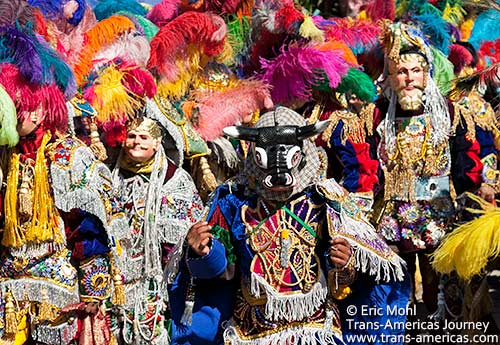 We thought the Mexicans were crazy for fireworks and noisemakers but Guatemalan festivals out-boom anything we ever saw (or heard) in Mexico. Don’t believe us? Check out our video from the Festival of Santo Tomas in Chichicastenango.

Guatemalans have butchered Mexican food, perhaps even more so than we have in the United States. US fast food chains, on the other hand, are amply represented in the cities.

Spanish is the national language in Guatemala, but words that are common in Mexico are not used here and vice versa. As if our language skills weren’t struggling already…

Guatemala is so small and sparsely populated that there’s only one area code for the whole country. And everyone seems to have a cell phone.

The grounds of the Mayan sites in Guatemala are extremely well-kept. We watched busy, busy caretakers literally sweep the paths at Yaxha (where a season of Survivor was filmed, by the way) and even remote and rarely visited sites like Dos Pilas (which averages about 30 visitors per month) were totally tidy and free of jungle debris. 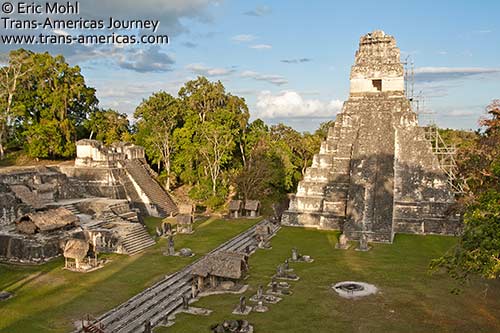 Temple 1 in the Gran Plaza at Tikal archaeological site, the most famous in Guatemala.

In Guatemala City, motorcyclists are required to wear helmets and reflective vests with their license plate number on them. It’s also illegal to carry a passenger on a motorcycle in an attempt to thwart a favored mode of transportation for thieves and assassins targeting people stuck in traffic.

Gas prices vary by up to 40 cents per gallon, so shop around.