These luxury hacienda hotels are housed in what were once the grand homes of the owners of sisal plantations which supplied natural plant fibers to the rope and twine making industry in the late 18th and early 19th centuries. When sisal was pushed aside in favor of cheaper and stronger synthetic materials most of these haciendas were abandoned and fell into ruin.

A few have been saved and restored, however, including the five haciendas that make up the Starwood Haciendas group. We recently stayed at all five of these atmospheric and history-filled hotels and here’s some photographic temptation. 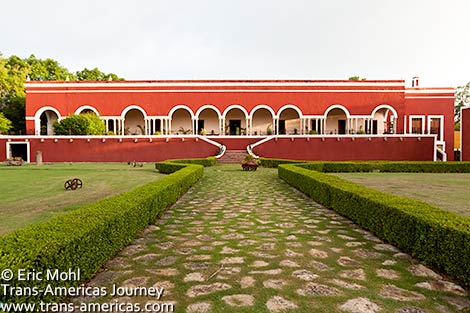 The grand entrance to Hacienda Temozon.

Presidents and celebrities have stayed at Hacienda Temozon. 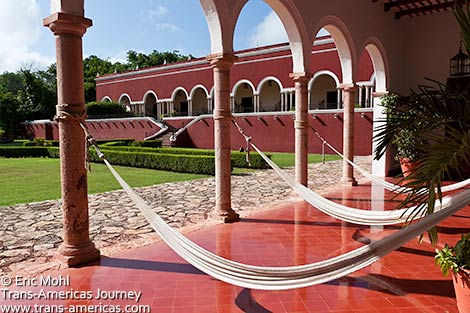 Hammocks are ready and waiting at Hacienda Temozon. 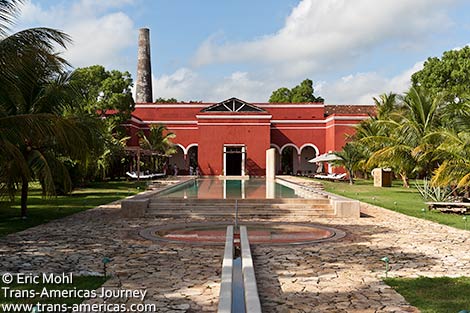 The swimming pool at Hacienda Temozon was built into part of the old sisal processing area.

Hacienda Uayamon is the most remote and the most sprawling of these hacienda hotels with stand-alone rooms dotted throughout its lush setting. 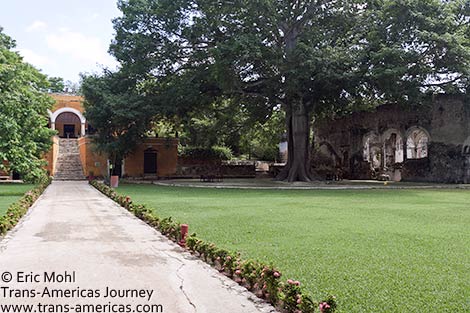 A massive ceiba tree and an elegant staircase greet guests at Hacienda Uayamon. 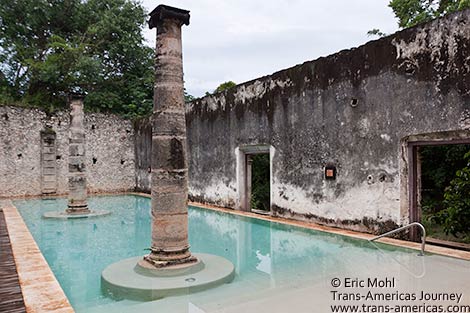 Original columns have been preserved and incorporated into the swimming pool at Hacienda Uayamon. 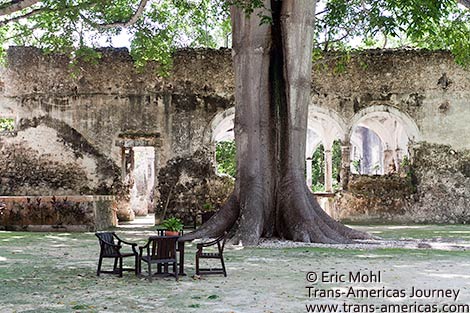 This massive ceiba tree at Hacienda Uayamon has seen many many decades of change–from sisal factory to near ruins to luxury hotel.

Hacienda San Jose is less than an hour away from the city of Merida and has just 15 rooms which ring a large garden and an open-air restaurant. 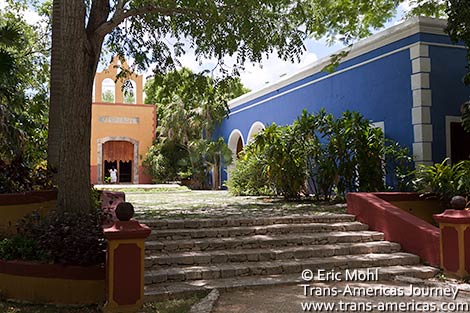 The garden and chapel at Hacienda San Jose. 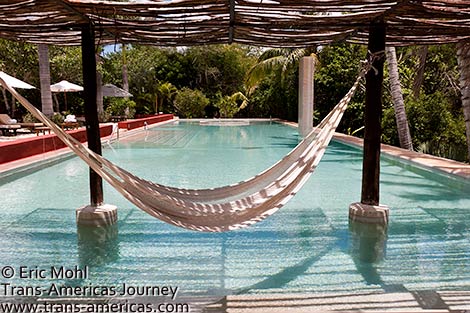 The pool at Hacienda San Jose was built in what was originally the water cistern.

Hacienda Santa Rosa was the most feminine of the haciendas with lots of color and intricate decorative painting throughout, some of it original. 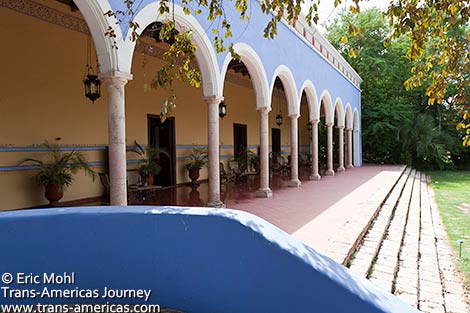 The broad and breezy veranda a Hacienda Santa Rosa. 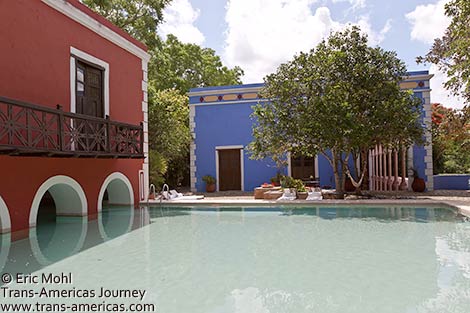 The pool at Hacienda Santa Rosa.

Hacienda Puerto Campeche isn’t actually a hacienda at all. Rather, it’s a series of buildings which were used to store sisal once it was brought from outlying haciendas into the city of Campeche. 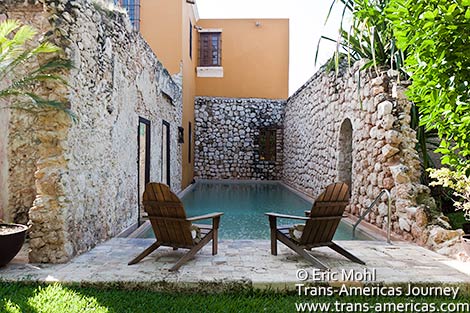 All of these hacienda hotels have amazing pools but the pool at Hacienda Puerto Campeche is a marvel that involved flooding part of the original sisal factory.

For full details about these luxury hacienda hotels, read our full profile of The Haciendas for iTraveliShop.