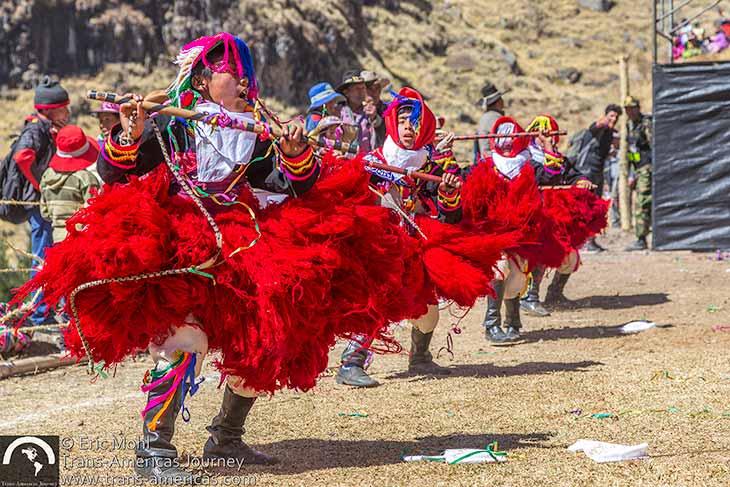 Children’s dance troupes kicked off the performances which marked the celebrations on the final day of the annual Q’eswachaka Festival in Peru during which community members rebuild one of the last remaining traditional Incan rope bridges. 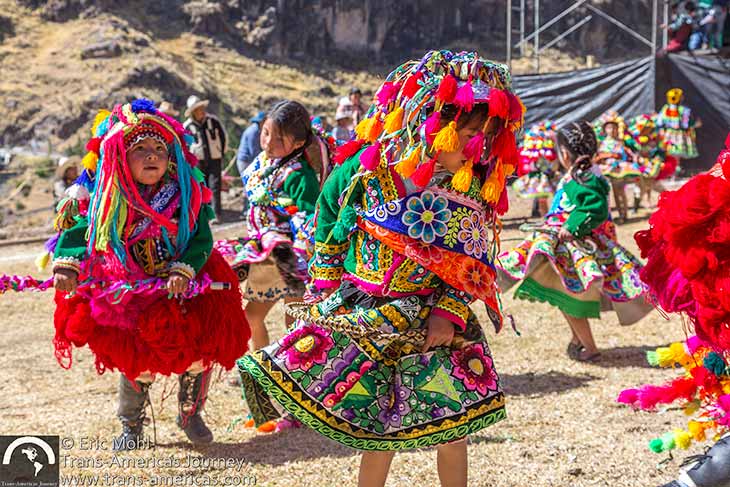 Of course, the smallest dancers were the cutest. 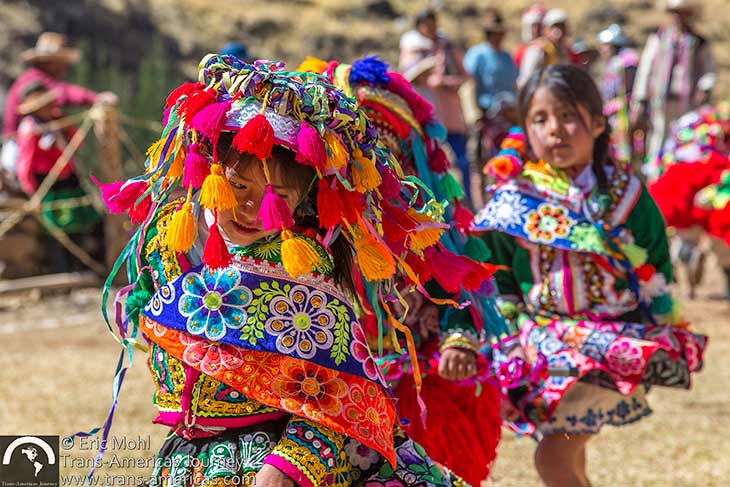 The more color the better. 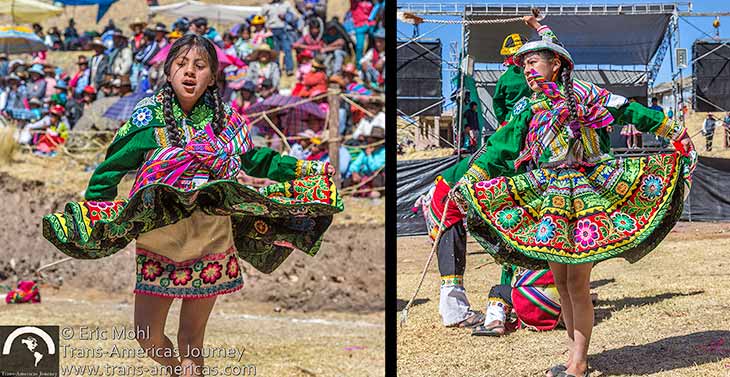 Each dance troupe seemed to have more elaborate clothing than the last and women’s costumes often included a decorated underskirt as well. 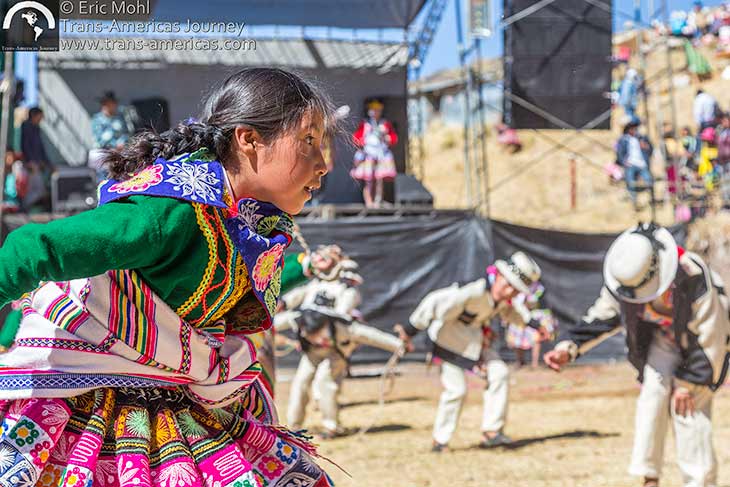 The choreography was often intricate and dancers of all ages were intensely focused. 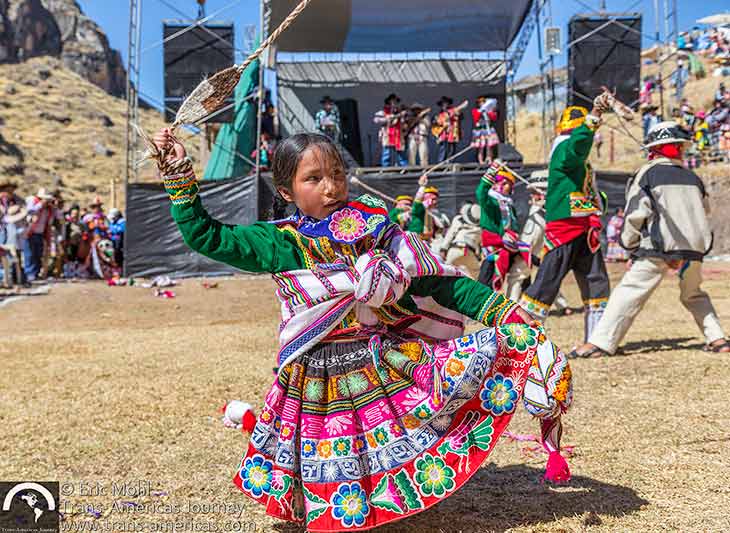 Many dances involved jumping and whipping. 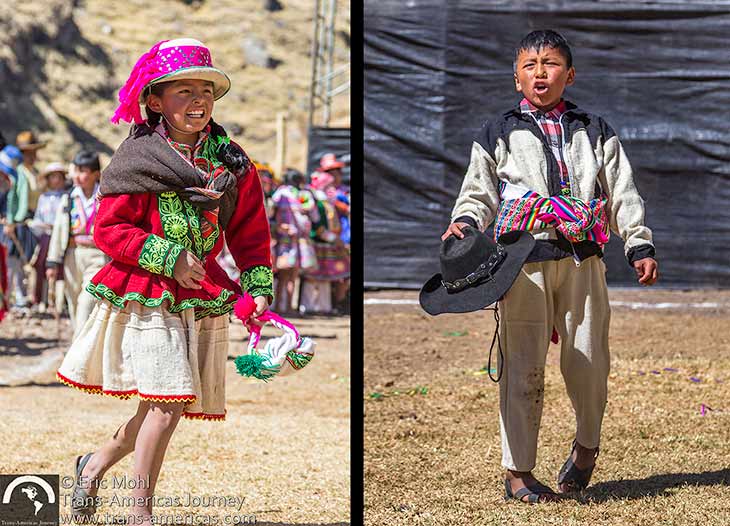 Traditional clothing was worn by both male and female performers. 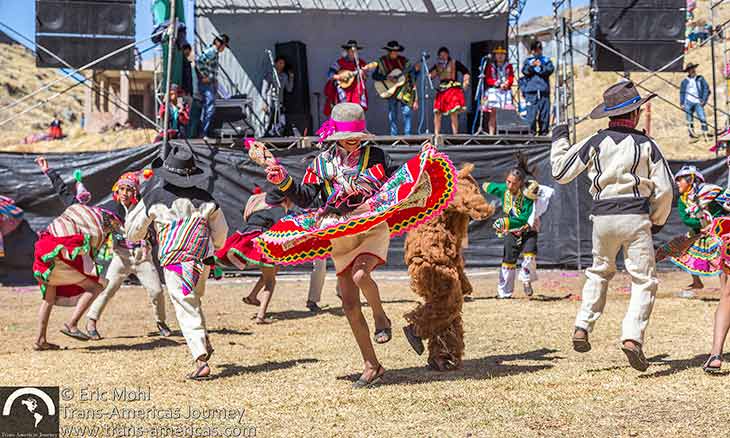 A few of the performances included people dressed in animal costumes. We’re not sure why. 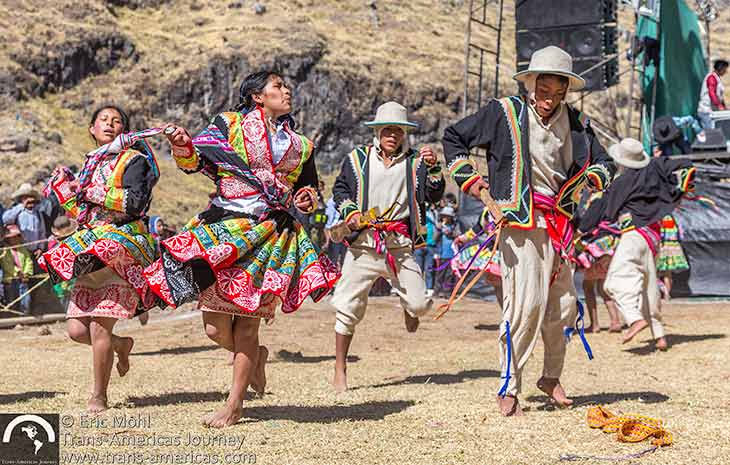 The choreography was so athletic and the dancers were so energetic that many lost hats, belts, and other parts of their costumes during their performances. 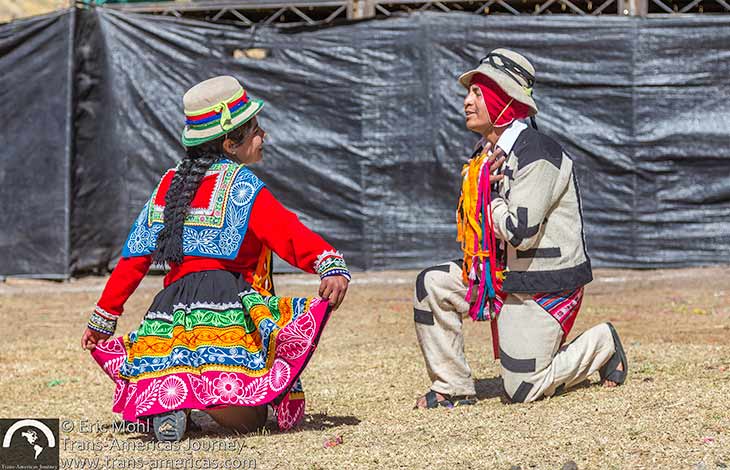 Much of the choreography, symbolism, and storytelling of the dances seemed to be about courtship. 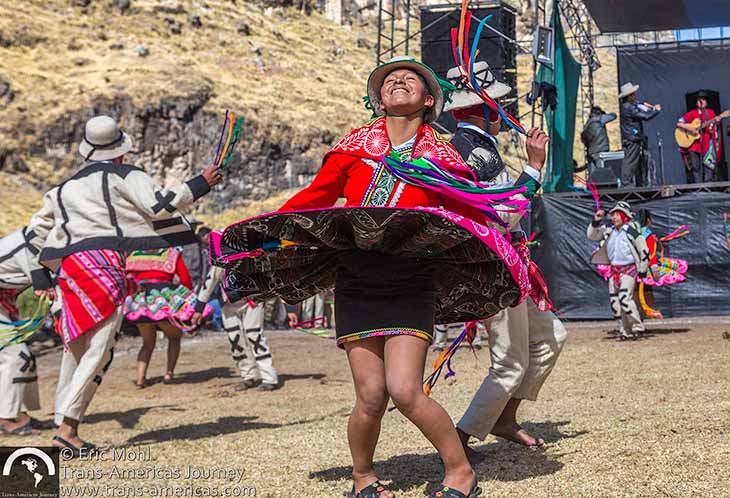 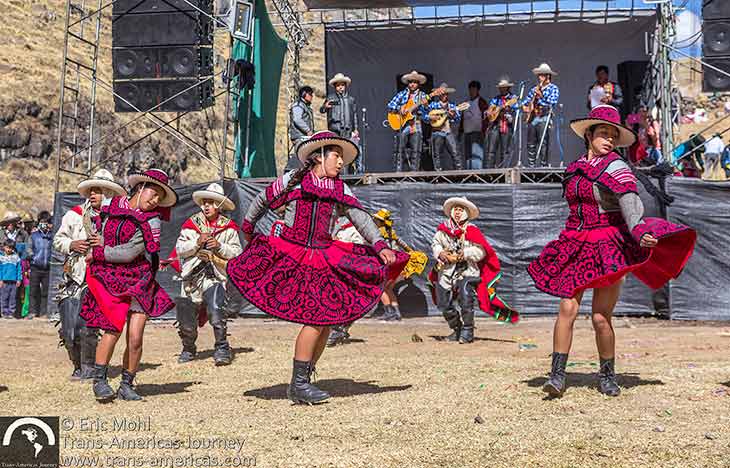 While most other performers wore slim sandals (or went barefoot) while dancing, this troupe stood out in black leather boots. 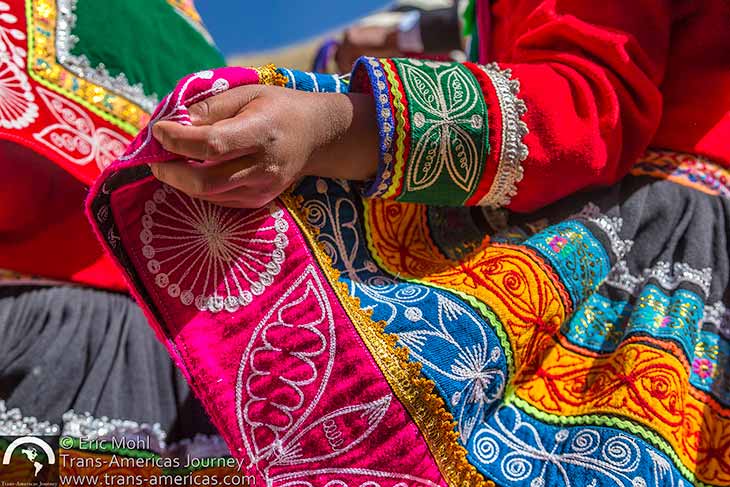 Each elaborate piece of clothing is handmade. 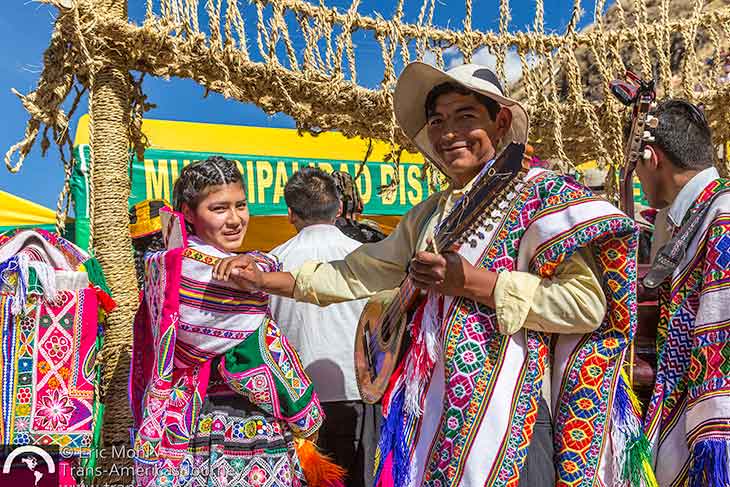 Performers pose near a mini version of the traditional Incan rope bridge that had just been rebuilt during the Q’eswachaka Festival. 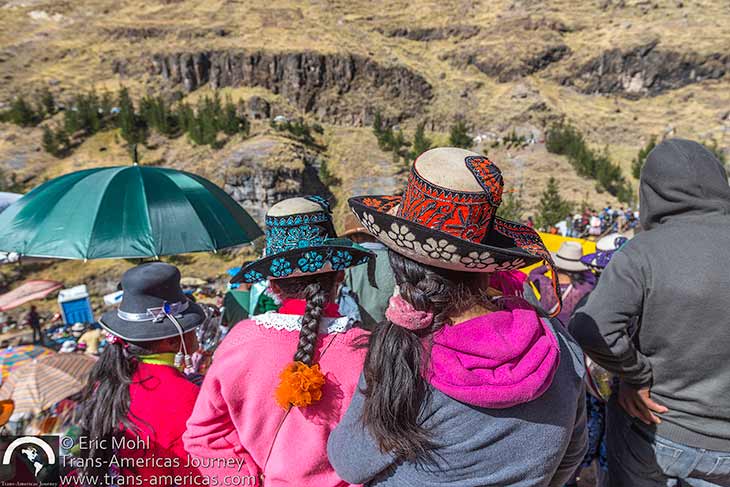 Locals filled bleachers set up around a temporary stage, sound system, and generator. All of that infrastructure was trucked in and assembled just for this celebration.

Experience the first three days of the Q’eswachaka Festival in Quehue, Peru in our full post about this annual event to rebuild one of the last remaining Incan rope bridges in the world including making the ropes, installing the ropes, and being among the first to walk across the finished bridge.

See some of the dancers in action during performances on the final day of the Q’eswachaka Festival in Peru in our travel video, below.