Ever notice how grand the descriptions get after a destination or attraction achieves UNESCO World Heritage status? In the case of the Joya de Ceren pre-Columbian Mayan archaeological site, that description is The Pompeii of The Americas. Let’s see. 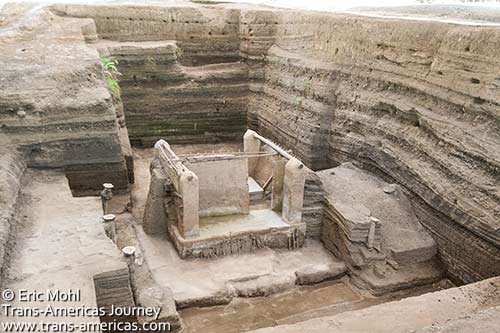 Preserved details, like these homes, are just part of the reason they call the Joya de Ceren archaeological site in El Salvador The Pompeii of the Americas.

Like Pompeii, the small city here was buried under 20 feet (6 meters) of ash in AD 529, and residents left behind a treasure trove of everyday items. However, the citizens here had enough time to escape and no human remains were found at Joya de Ceren, which was made a UNESCO World Heritage site in 1993, so it lacks that creepy feeling of witnessing the final moments of life which you get when you visit Pompei. 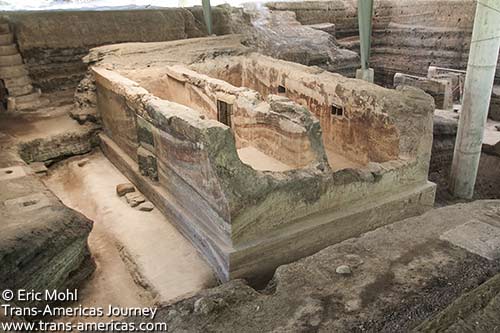 The Joya de Ceren archaeological site in El Salvador offers a unique chance to see how average citizens lived since their homes were preserved under volcanic ash.

Discovered by accident in 1979 and made a UNESCO site in 1993, many of the household and farming items unearthed here are now on display in the interesting on-site museum and they’re a welcome change from the usual pottery shards. 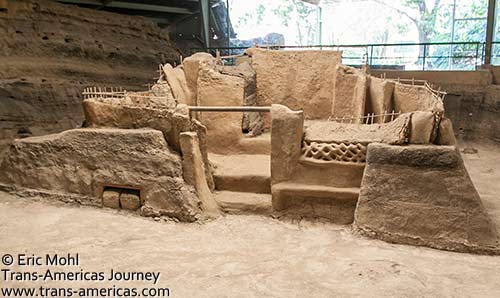 At Joya de Ceren archaeological site in El Salvador, we got an interesting glimpse of how common people lived since their mud and twig dwelling were preserved under volcanic ash.

Like Pompeii, the Joya de Ceren site really does offer a glimpse of how the people lived. At most archaeological sites only the royal dwellings and temples remain since they were made of stone. But because Joya de Ceren was preserved under ash, even the mud and twig dwellings of the citizenry remain.