Through the years we’ve celebrated Independence Day in many different ways in many different places. Here’s a retrospective of our favorite July 4 fests from the Trans-Americas Journey archives including Airstreaming at a music festival, Nathan’s Famous Hot Dog Eating Contest, and fireworks over Mount Rushmore.

The first 4th of July of the Journey was in 2006 and we spent it gawking at fireworks over Mount Rushmore in the Black Hills of South Dakota. Sadly, at the time of writing, fireworks were banned at Mount Rushmore because of fire concerns. Check out our full post about Mount Rushmore. 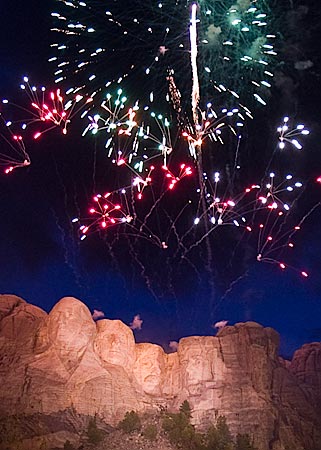 On July 4, 2007, we were back in NYC briefly and decided to finally check out the Nathan’s Famous Hot Dog Eating Contest at Coney Island. It did not disappoint. 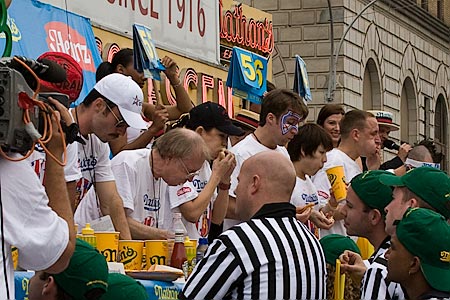 Joey Chestnut beat six-time winner and reigning hot dog eating champ, Tekeru Kobayashi, by eating a record-breaking 66 hot dogs versus Kobayashi’s 63 in 10 minutes. In case you were wondering what 66 hot dogs looks like, take a look at the platter in the photo above. On the right is the 98-pound female world champion Sonya “The Black Widow” Thomas, who set a female world record with 39 hot dogs. 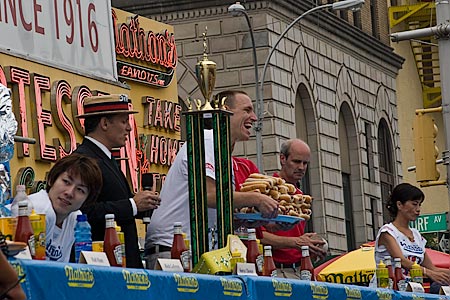 That’s a lot of dogs…

Airstream for Independence Day at the High Sierra Music Festival

In 2008 we met up with some friends and heard lots of great music during our third visit to the High Sierra Music Festival in Quincy, CA. Unlike previous years, we did it in style in our borrowed Airstream. 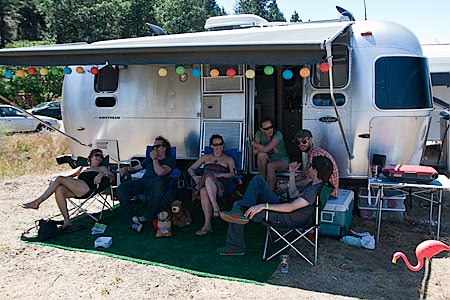 July 4, 2008: Our Airstream and friends at the High Sierra Music Festival which is held over July 4 weekend every year.