For a tiny town, Leymebamba in northern Peru has a lot to offer including a massive collection of mummies and one of the most eclectic boutique hotels in the country. 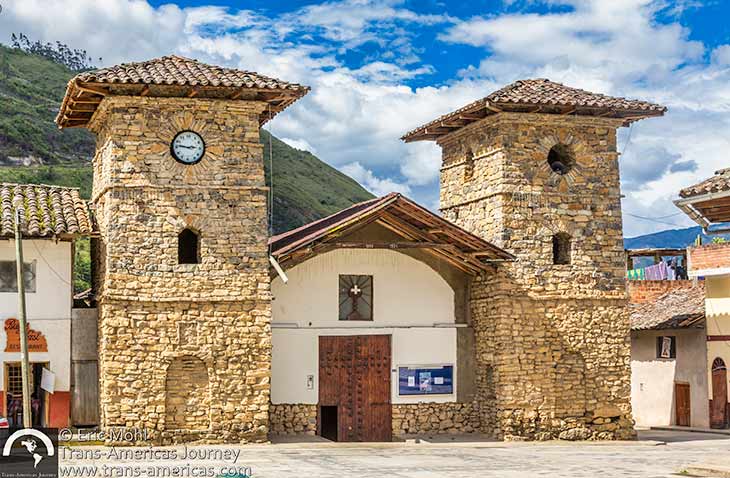 The church in Leymebamba, Peru.

The Museo Leymebamba (15 soles or about US$4.50 per person) is located on landscaped grounds and includes indoor and outdoor exhibition spaces. Most display descriptions are in Spanish and visits are self-guided. 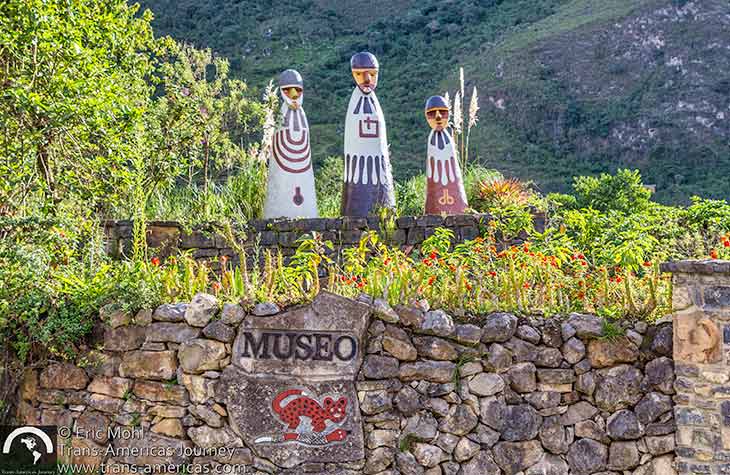 The entrance to the excellent Museo Leymebamba.

The museum, which was inaugurated in 2000 and is run in partnership with the Bioanthropology Foundation Peru-Centro Mallqui, houses a wide range of artifacts found in the region from the Chachapoyas culture including pottery, textiles, feathered adornments, and more.

Museo Leymebamba protects more than 200 mummies from the Chachapoyas culture in a climate-controlled display room.

But the museum was created to protect the contents of its star exhibit: A sealed and climate-controlled room that houses more than 200 mummies. In 1997, the mummies were unearthed during the excavation on an archaeological site near Laguna de los Cóndores. To protect the Chachapoyas mummies from vandals and looters, they were carefully removed and installed in the museum. 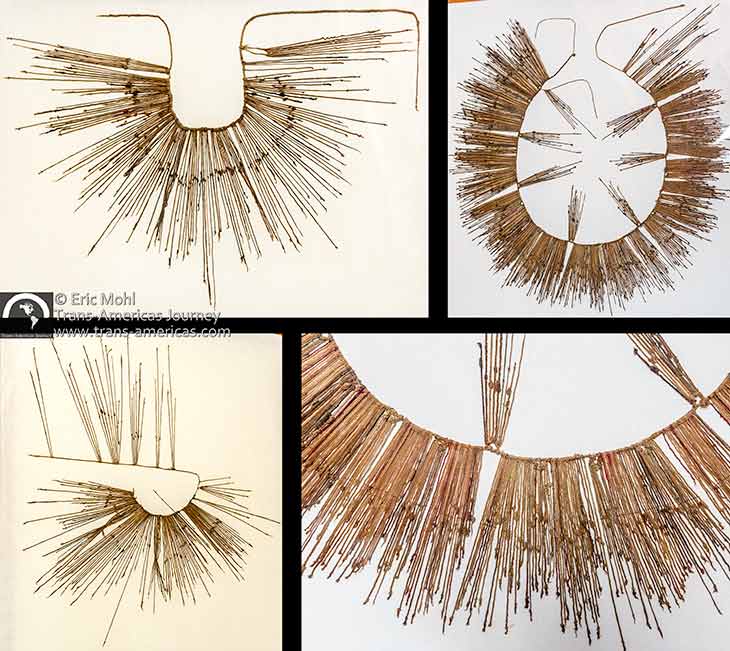 Part of Museo Lemaybamba’s collection of quipus, a knotted fiber thread system that may have formed part of the Incan counting system.

We’d never seen so many mummies in one place before and the sheer volume was initially overwhelming. After a  few minutes, we were able to start looking at the details including very well-preserved fabric that the bodies were wrapped and aspects of the bodies themselves. Wrapped in a crouching fetal position, you can still see some skin, teeth, and, most disturbing of all, facial expressions.

Where to sleep in Leymebamba

The indigenous Quechua word “kenti” means “hummingbird”. The Quechua word “tambo” means inn. The Kentitambo Hotel, right across the street from the museum, lives up to the name with a hummingbird filled garden where cobblestone paths wind through lush flowers. 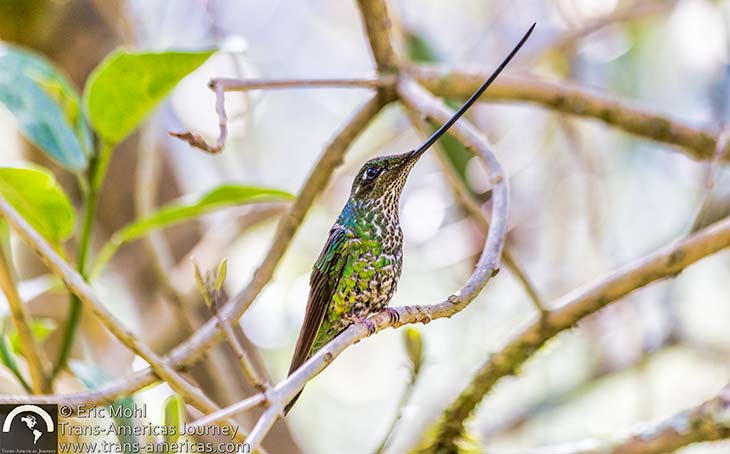 A sword-billed hummingbird, the only species of bird that has a beak that’s longer than its body, on the grounds of the Kentitambo Hotel.

The owner of Kentitambo, Adriana Von Hagen (who is also instrumental in the museum), spent years creating this bird watcher’s paradise on a once-barren piece of land. 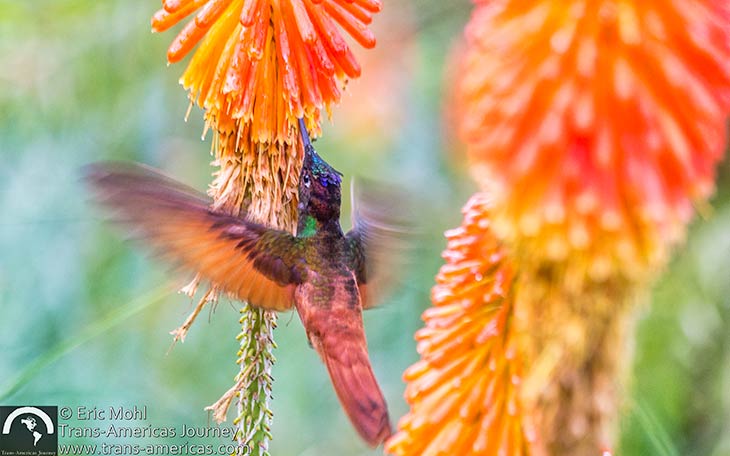 A rainbow starfontlet hummingbird enjoying the garden at the Kentitambo Hotel.

Today, all that natural beauty surrounds a range of accommodations including suites and cabins which feature vibrant textiles, lots of sunlight, porches with a hammock, eclectic touches like small deer antlers used as towel hooks, and gleaming wood floors. 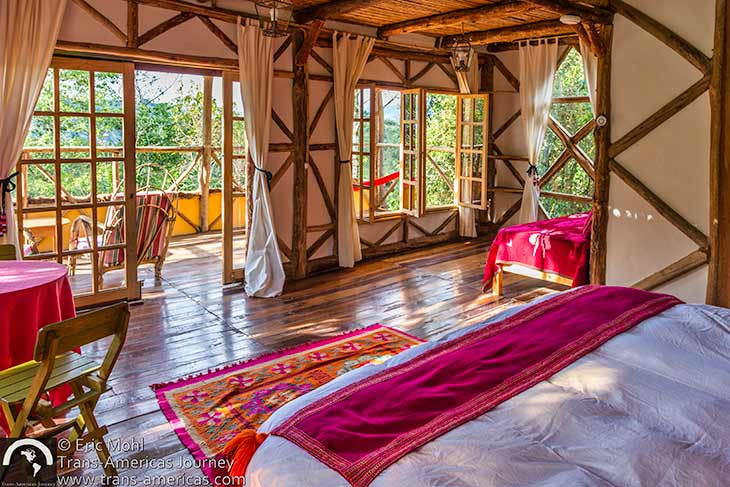 The atmosphere at Kentitambo is peaceful with a bohemian touch. The onsite restaurant, where dishes are prepared with produce from the pesticide-free kitchen garden, is also excellent. 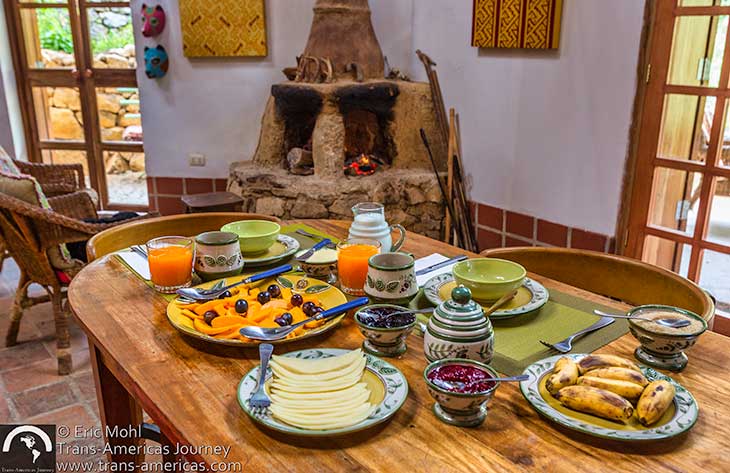 The restaurant at the Kentitambo Hotel uses produce from an on-site kitchen garden.