The Los Altos Region of Jalisco is the second major tequila producing area in Mexico after the town of Tequila. It’s also part of the country’s Ruta del Tequila and some of the most famous premium tequilas in the world come from the Los Altos Region including Don Julio and Patron. We had to check it out. 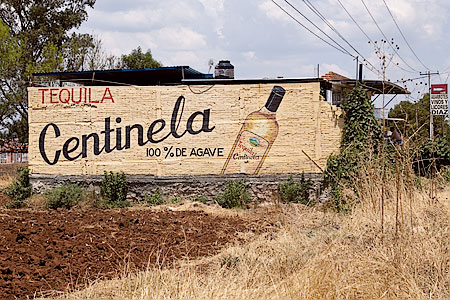 It seemed every available space in the Los Altos Region was covered with an ad for one of its many tequila distilleries.

Tequila from the Los Altos Region of Mexico

Patron, the brand which pretty much single handedly changed the way people in the US think about tequila and helped created a booming premium tequila market, comes from the Los Altos Region. Patron is not available for sale in Mexico and is not well-known inside the country. The blue agave is grown in the Los Altos Region and the tequila is distilled there, but the liquid is then trucked to the US where it is bottled and sold.

Don Julio, comes from the the town of Antotonilco el Alto along with many other big brands come from the area too, including Cazadores, Centinela, Siete Leguas, Corazon, Tequila El Charro, Tapatio, and Hacienda Vieja.

So where’s all the tequila?

So why didn’t we see any tequila being made while we were in the Los Altos Region? Most of the distilleries were strangely offline. Local authorities blamed a dip in demand as a result of the recent swine flu “Snoutbreak” for the distillery shut downs. However, if you ask us, the swine flu was just an excuse for companies to send their employees home for a few weeks and save some bucks in the bad economy. 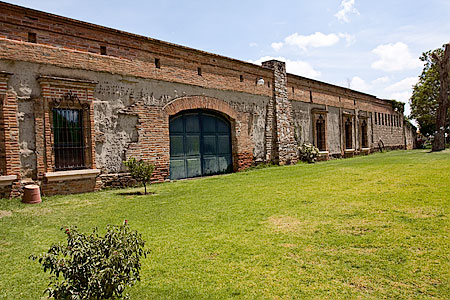 This old factory building outside of Arandas is now a beautiful house. However, in the late 1800s this is where tequila was first distilled in the Los Altos Region. The brand became known as Cabrito, which is now a brand made by Centinela.

For whatever reason, production at all of the major tequila distilleries in Arandas was shut down when we were there. We still wanted to visit them all even if they weren’t up and running, but we had little luck getting in even with the direct assistance of the Mayor of Arandas who made a few calls for us.

In the end, we visited the Don Julio gift shop in Atotnilco el Alto (where we scored a bottle of reposado for US$23) and Tequila El Charro and Centinella in Arandas. Only El Charro allowed us to take pictures. 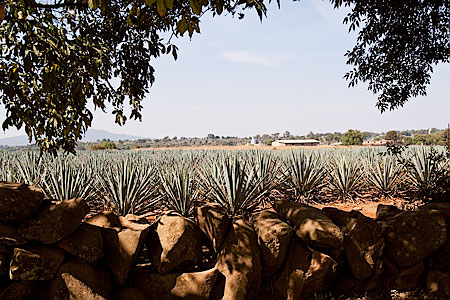 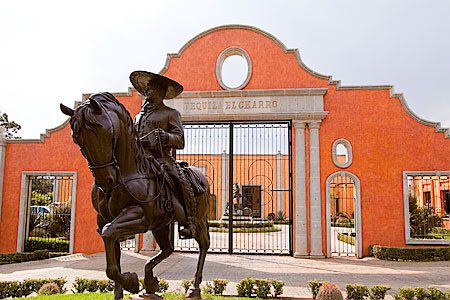 The most interesting thing about Tequila El Charro, besides their gorgeous facility and wonderful cowboy sculpture (charro means cowboy in Spanish), is their innovative use of both old and new methods and machinery. 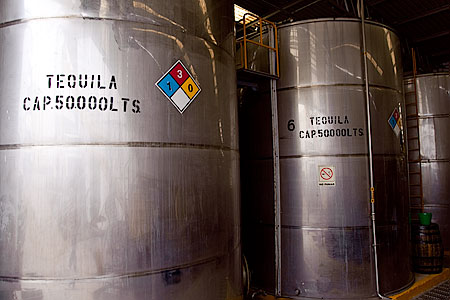 There are 12 of these 50,000 liter storage tanks at Tequila El Charro. 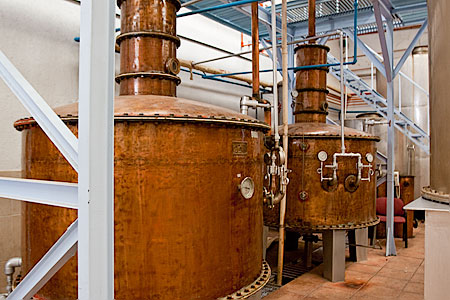 For example, they use wonderful old-school copper stills right next to rows of ultra-modern stainless steel versions. And instead of steaming the blue agave hearts in a traditional oven, Tequila El Charro tosses them into enormous autoclaves where the sweet nectar is extracted in record time.

Centinella also has some twists and turns in its tequila production, including aging the stuff in old Jack Daniels barrels which give their top of the line reposado and añejo tequilas a distinctly whiskey-like roundness and earthiness. 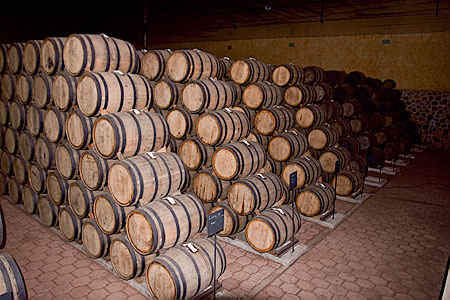 The barrel room at Tequila El Charro was as big as an airplane hanger and the most orderly we’ve seen.

No matter which brand of tequila you drink, look for 100% agave on the label, otherwise you will be drinking tequila that’s 51% agave plus a headache-inducing mix of sugars and fake color. If the tequila is made with pure agave and no sugary filler it will say 100% agave right on the label and is much less likely to produce a hangover.