Mexico’s Fat Tuesday celebrations may not be as huge or as raucous or as naked as others, however, the annual Mardi Gras parade in Ajijic did have its madcap moments. 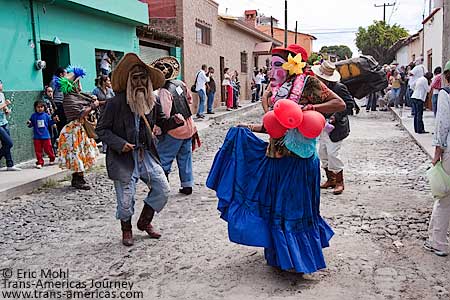 Male paraders traditionally dress up like old men or gaudy women. Sometimes it’s hard to tell which look they were going for. 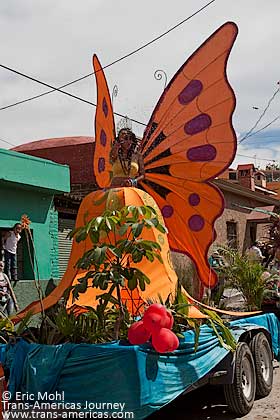 A guy with a long stick with a hook on the end of it had to follow Miss Mariposa and move the many low-hanging power lines out of the way so her tall float could safely pass.

What’s a parade with banda music and some bovine love? Check it out in our video, below. 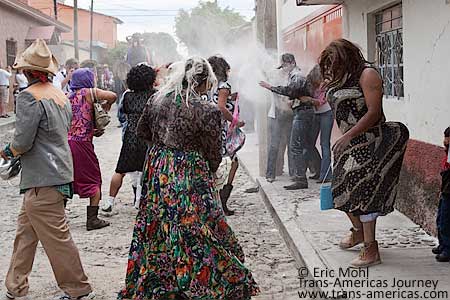 Check out our video of a paper mache bull going after some (intentionally bad) drag queens, below. 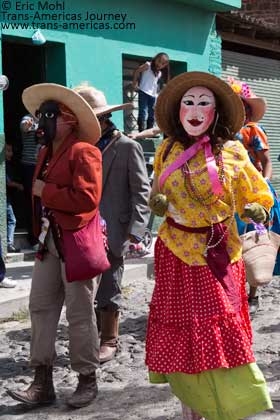 A Mardi Gras moment during the parade in Ajijic, Mexico.

Watch superheroes and supercharros mingle during Ajijic’s Mardi Gras parade in our video, below. 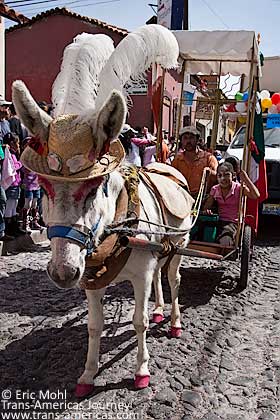 This tiny white burro is a fixture of Ajijic and the fancy pedicure isn’t just for Mardi Gras. Its owner paints its hooves a different color every week or so. 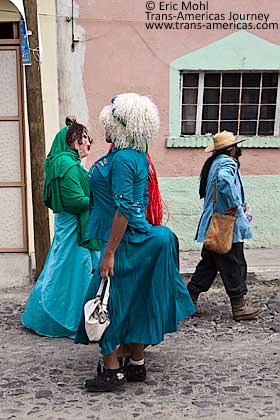 The “ladies” of Mardi Gras in Mexico.