Tuesday is market day in the small town of Silvia which is about two hours from Popayán in southern Colombia. If you’re looking for cheap souvenirs, look elsewhere. If you’re interested in seeing why local markets remain a vital way of life for so many people in Colombia, check it out. 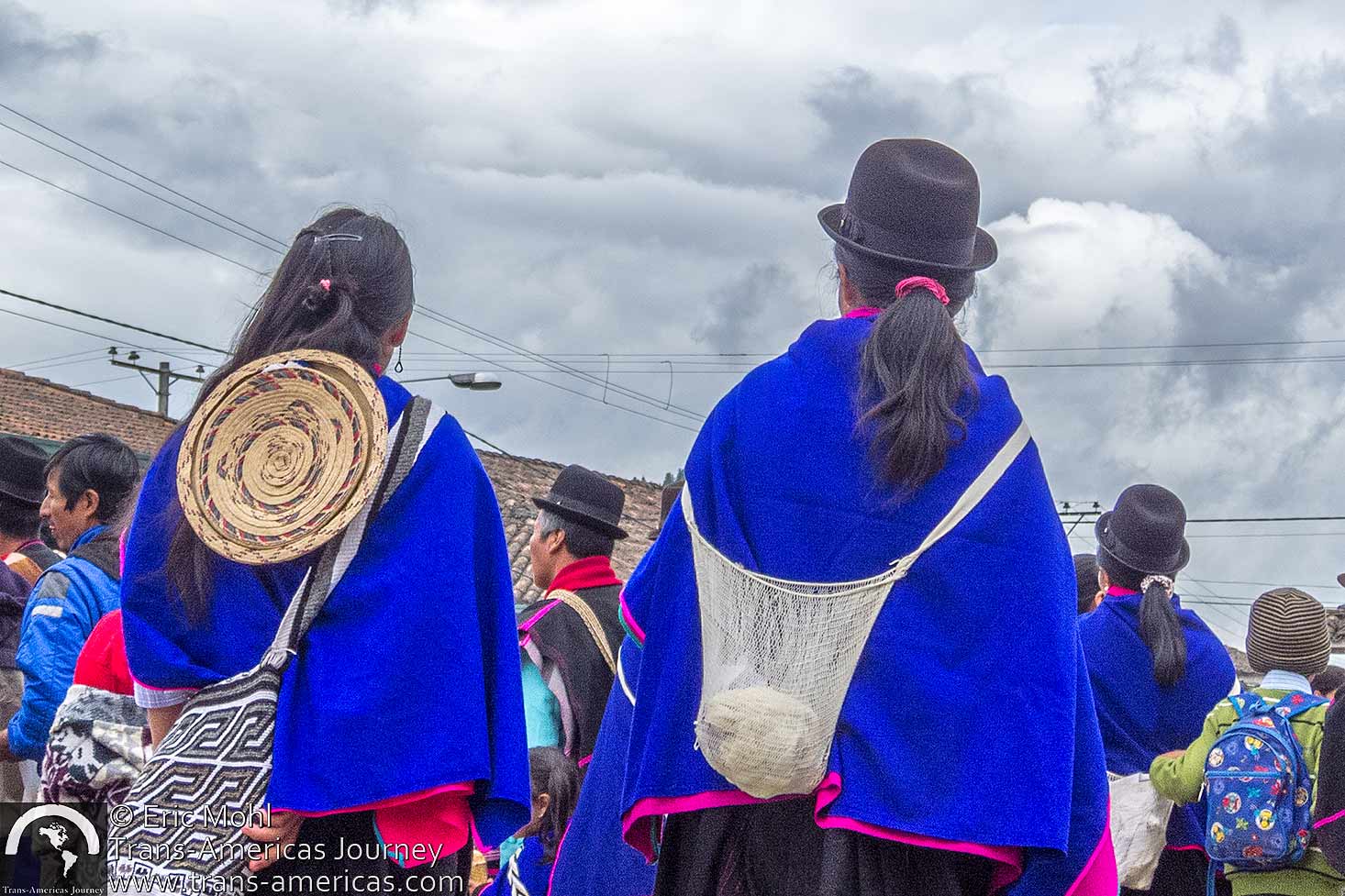 Women heading to the Tuesday market in Silvia, Colombia. You can see the two distinct types of hats that Guambiano women wear.

Every week, sleepy Silvia fills up with Guambiano indigenous people who come to “town” from their nearby villages to sell what they’ve grown or made and buy what they need in the very traditional market. Some tour companies bring travelers to Silvia to see the weekly market, but we only saw one or two other travelers during our exploration of the market. 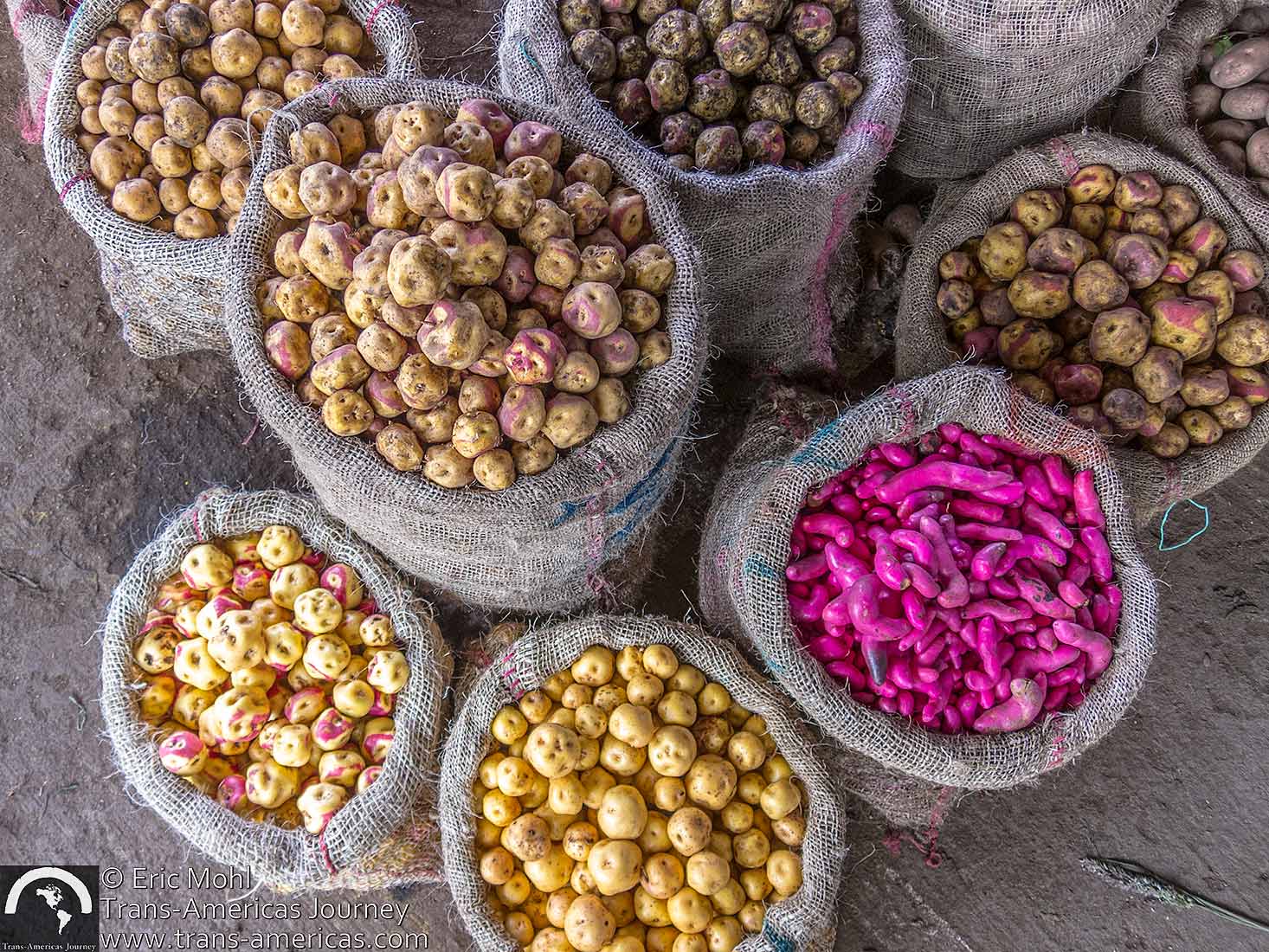 Potatoes and tubers for sale included those hot pink stunners which are naturally that color.

What we did see was plenty of fruit and vegetables (including long, thin, impossibly hot pink tubers), meat, cheap clothes, hardware, medicinal plants, and all kinds of other everyday needs. 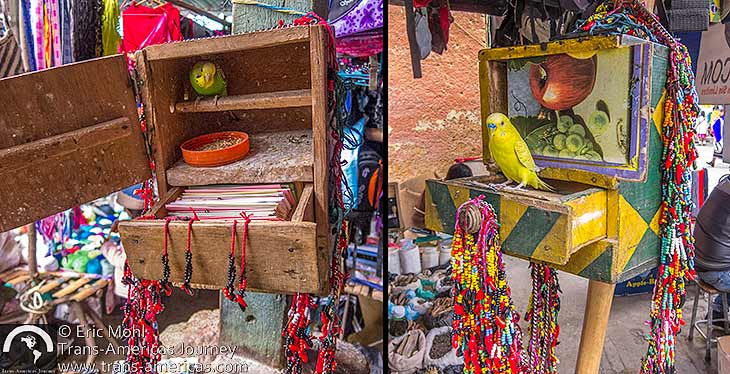 For a few pesos these birds will pick your fortune out of a drawer.

Perhaps not an every day need, but interesting nonetheless, were the parakeets that, for a fee, will choose a fortune for you. Also intriguing: the proliferation of glow-in-the-dark shoelaces on offer. We were looking for something much more mundane: a sheath for our machete. However, they are all too short, perhaps sized for the local population. 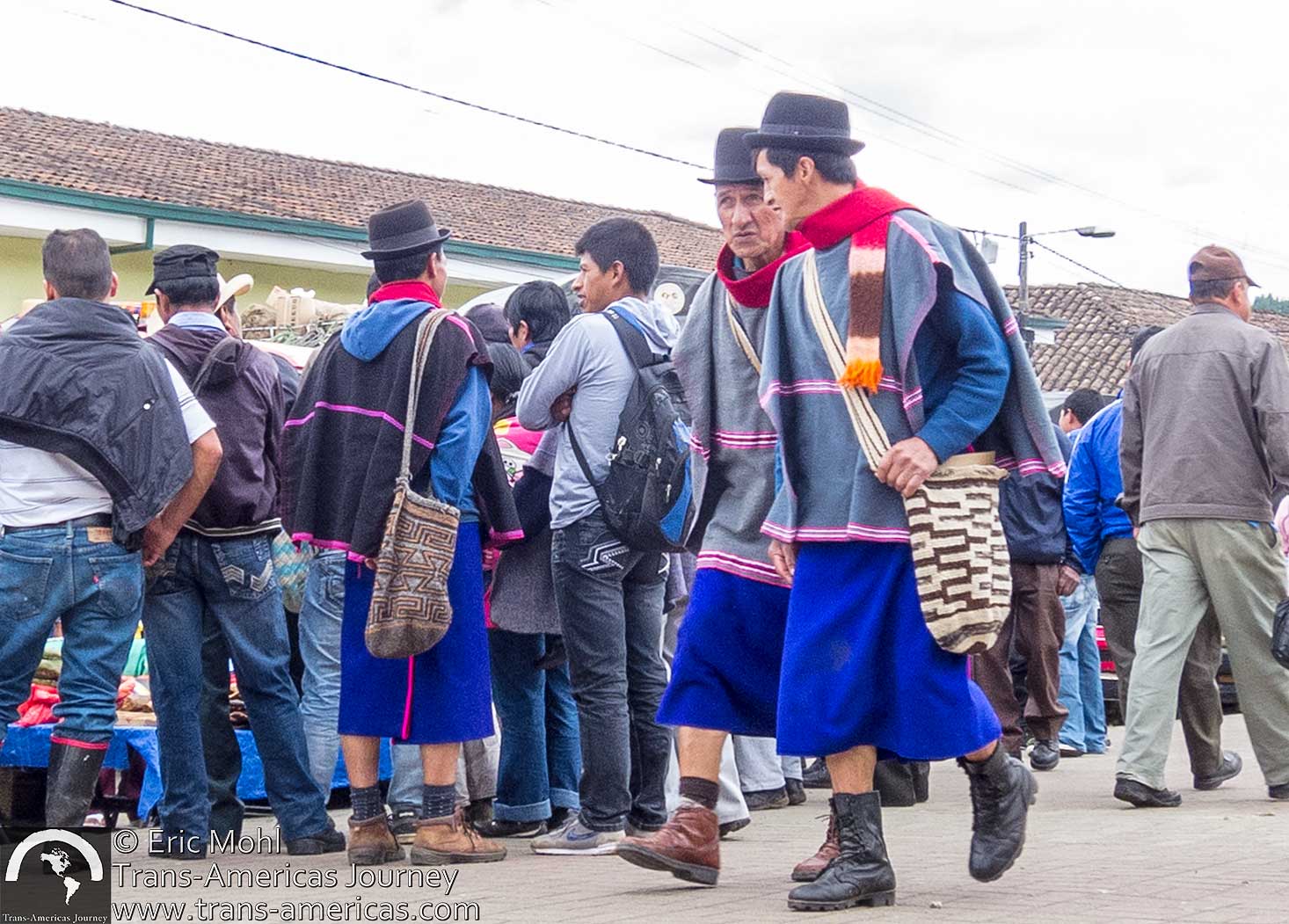 As usual, the shoppers were the most interesting part of the market in Silvia. Around the world it’s increasingly unusual to see men in traditional dress. Many have moved to jeans and t-shirts even in places where women and girls still wear traditional clothing. But in Silvia we saw many Guambiano men in traditional bright blue, heavy, sarong-like wrap-around skirts. 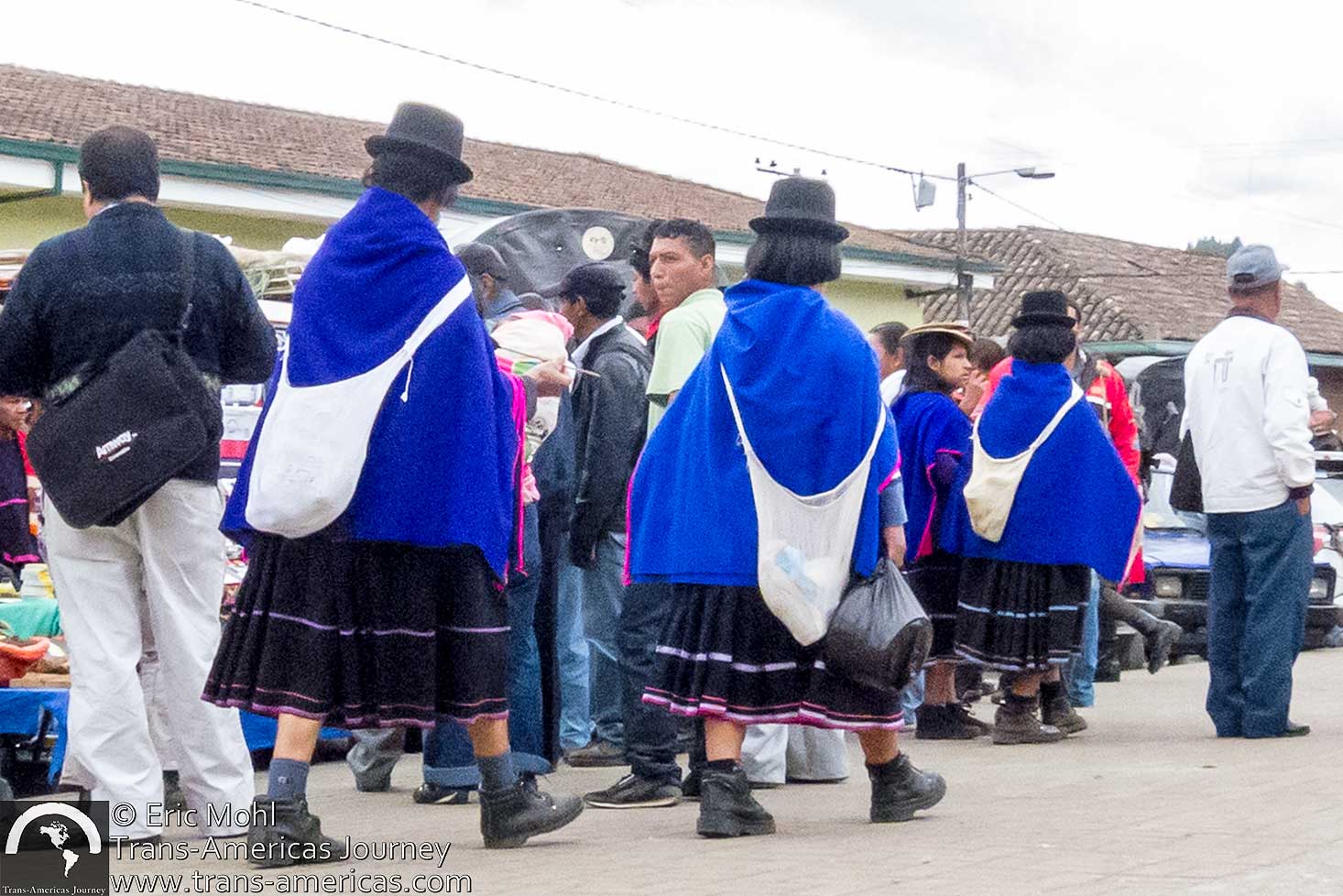 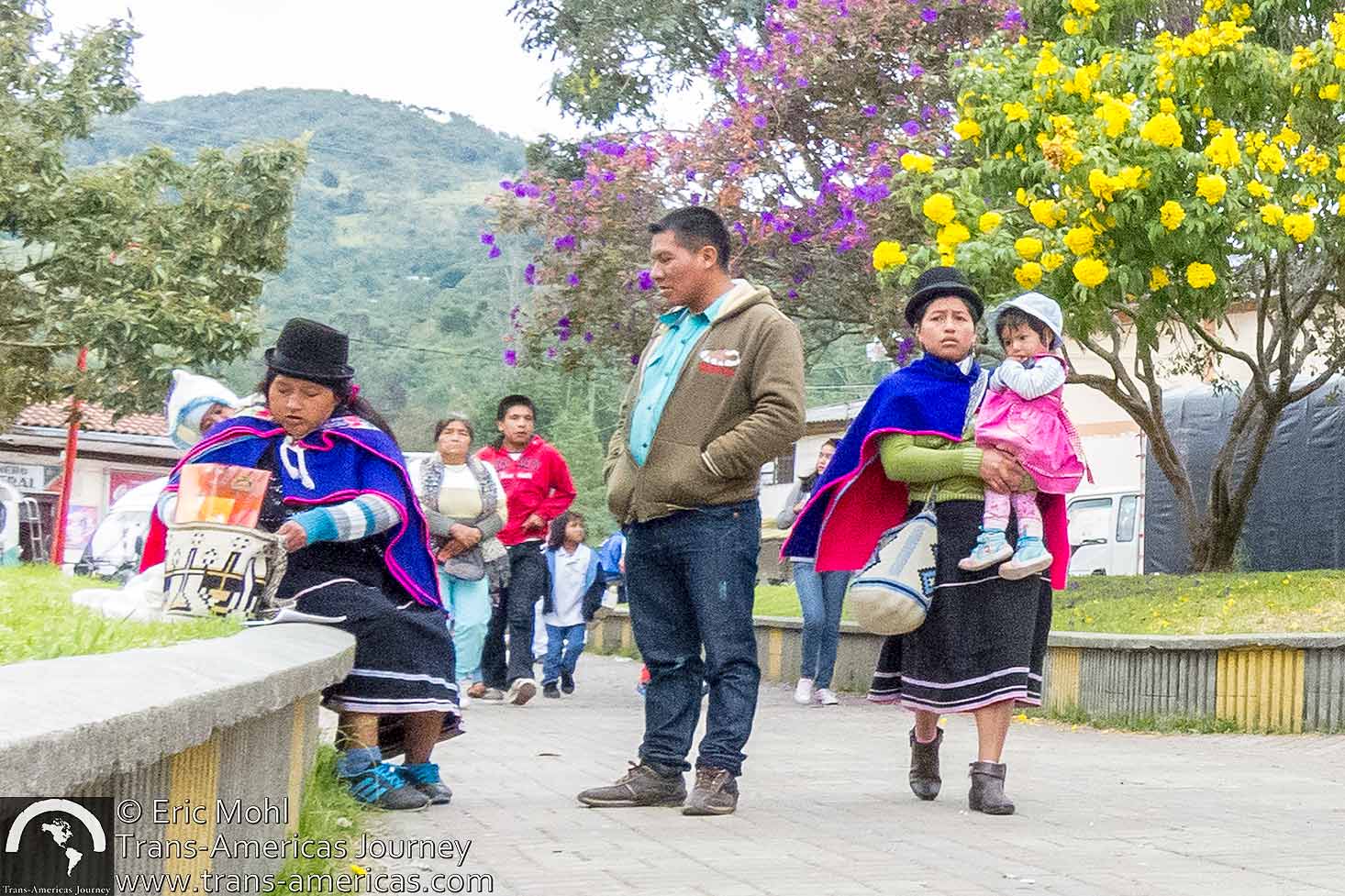 Socializing in the central square is a big part of market day in Silvia, Colombia.

Older Guambiano women, whose hands were perpetually busy spinning wool, also had unusual short haircuts that gave them poufy bobs. Many women also seemed to be in a contest to see who could wear the most white beaded necklaces. 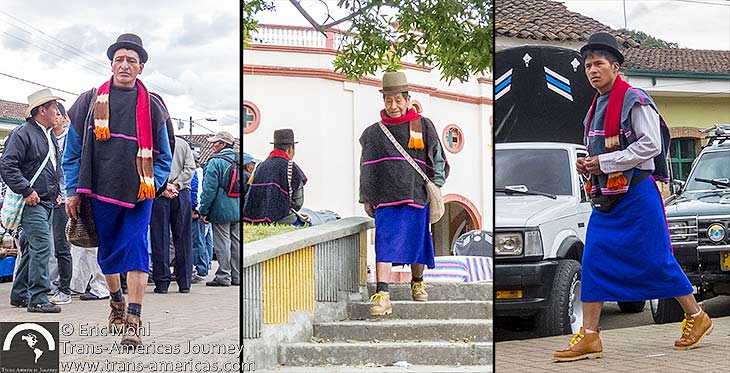