Photo of the Day: Maroon Bells near Aspen, Colorado

In 1965 eight climbers died on the two peaks that make up the Maroon Bells in five separate accidents. Since then the Forest Service has referred to the Maroon Bells (both peaks are above 14,000 feet/4,267 meters) as the Deadly Bells. Despite the macabre nickname, the Maroon Bells, near Aspen, are among the most photographed destinations in Colorado. 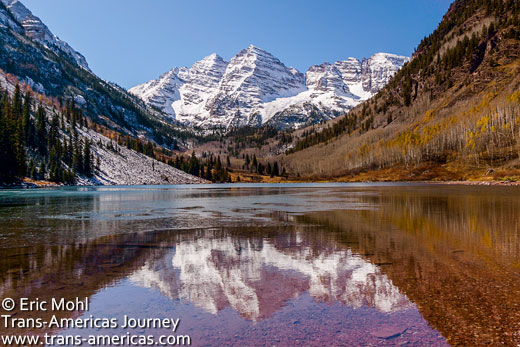 The Maroon Bells, near Aspen, Colorado, with Maroon Lake in the foreground.