Visitors to this part of southern Mexico (including ourselves) are usually pretty impressed by the beauty of the three valleys near the city of Oaxaca which are collectively known as the Central Valleys. They are wide and majestic and the indigenous Zapotecs were pretty fond of this are too and they left behind impressive cities which are now the Monte Alban, Yagul, and Mitla archaeological sites. 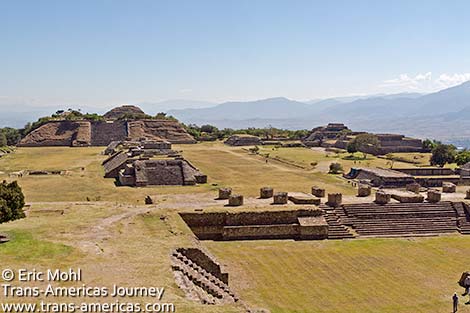 The Gran Plaza at the Monte Alban archeological site just a few miles from the city of Oaxaca.

The Zapotecs built their capitol, which dates back to 500 BC, in the Etla Valley just a few miles from what is now the city of Oaxaca, the capital of Oaxaca state. What remains of Monte Alban is an impressive collection of temples and plazas on a flattened hilltop with million-dollar views and, more importantly, a good vantage point for spotting approaching enemies. The attractions here are relatively close together (a blessing since there’s very little shade) and can be toured in under two hours including a ramble through the on-site museum. 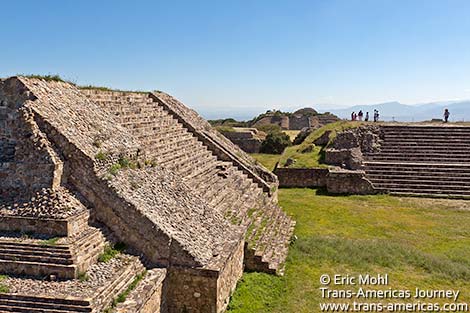 The North Platform at the Monte Alban archeological site. 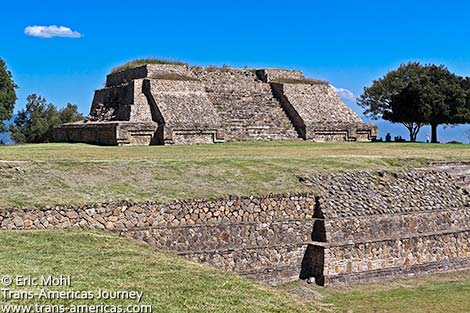 The Sunken Plaza at the Monte Alban archaeological site.

The first thing that’s odd about the Mitla archeological site is that it’s located right in the middle of a large town that is also named Mitla. The second oddity is the Catholic church smack in the middle of the site. It was built there by the Spanish maybe in an attempt to expunge the place of its past as a major sacrificial site.

But the most remarkable thing about Mitla, which was made a UNESCO World Heritage site in 2010, are the 14 distinct and recurring intricately carved patterns that decorate almost every stone surface in the city. If it could be carved, the Zapotecs decorated it with one of these core patterns which are thought to symbolize the sky, feathers, the earth, and other important elements. 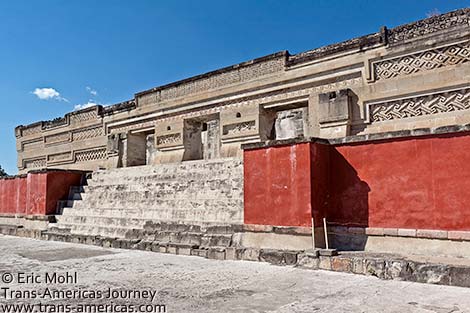 The Room of Columns at the Mitla archaeological site in Mexico. 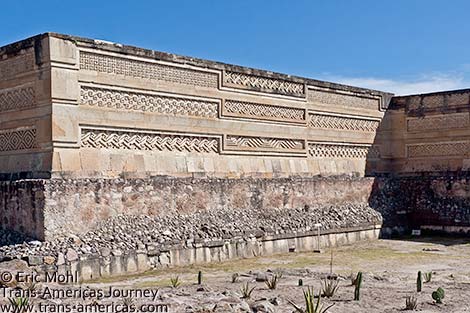 The Group of Columns at the Mitla archaeological site in Mexico. 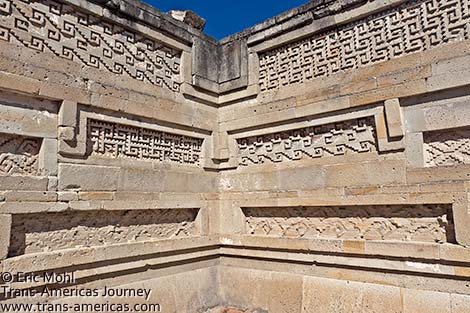 Some of the 14 recurring patterns that distinguish the Mitla archaeological site. 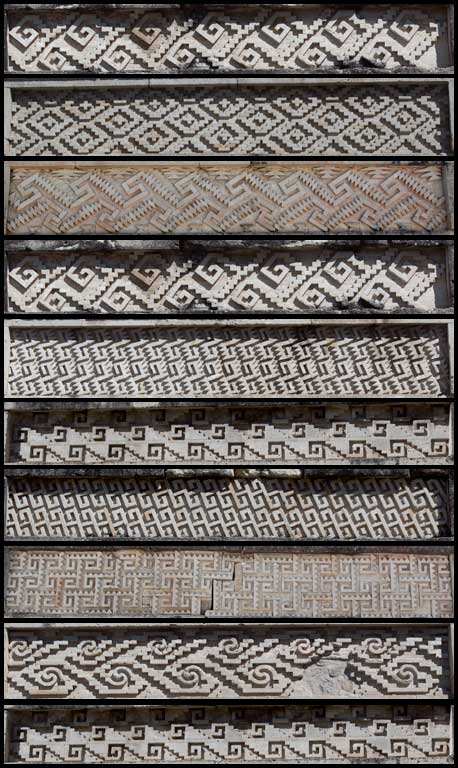 Some of the 14 recurring patterns that distinguish the Mitla archaeological site.

While touring the Yagul archeological site, which was made a UNESCO World Heritage site in 2010 (this explains the flurry of restoration work that was going on when we were there), we bumped into a guy from the US named Greg. He explained the “rule of three” theory about the site which was ruled concurrently by three kings who are now buried in three underground tombs which are the site’s main attractions. Bob also told us about the Rana Reina (frog queen) and we might have missed the stone carving of this frog queen, located in the plaza that houses the three tombs if he hadn’t pointed it out. It’s also well worth climbing up the trail that leads above Yagul so you can check out another underground tomb. 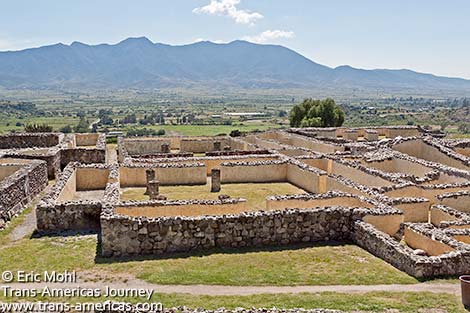 The Yagul archaeological site in Mexico. 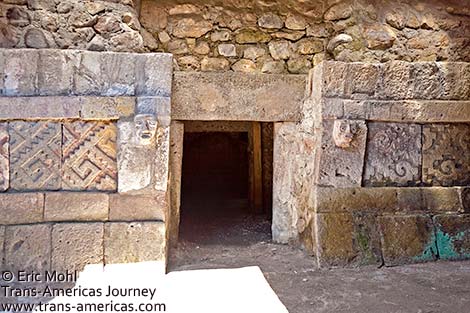 One of the three tombs containing the remains of three kings who once ruled the Zapotec city of Yagul. 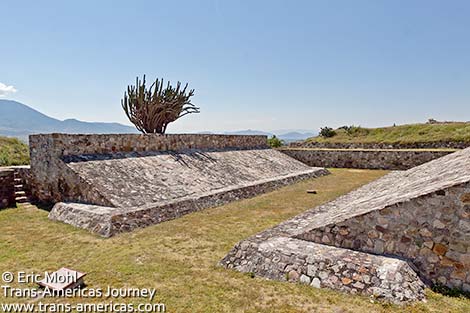 Experts believe this ball court at the Yagul archaeological site is one of the largest ever unearthed.