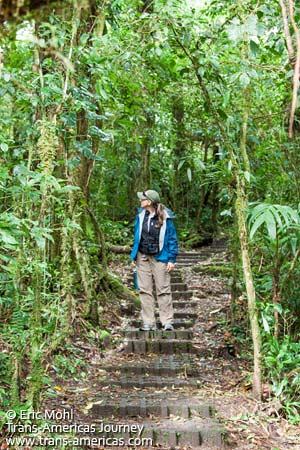 Karen on one of a handful of trials open to visitors to Monteverde Cloud Forest Biological Reserve in Costa Rica.

What started out as a right-headed attempt to protect one of the most diverse ecosystems on earth has “developed,” largely unchecked, into something that looks and feels like Disneyland, only damper.

Santa Elena, the main town servicing the reserve, is a jumble of sushi joints and Italian restaurants (though we were grateful for our awesome meal at Pizzeria Tramonti). Then there are the wall-to-wall serpentariums and ranariums with captive snakes and frogs on display amidst tacky gimmicks only outdone by the souvenir shops hawking shot glasses and beer bottle openers and t-shirts and overpriced bags of coffee.

It wasn’t always this way.

Before the tourists trampled Monteverde

The Monteverde Cloud Forest Biological Reserve was pioneered by Quakers and the park, which is now administered by the Centro Cientifico Tropical (CCT), created in 1972 to keep development from spreading unchecked. Only 3% of the 1,000 acre (4,000 hectare) park is open to visitors. That’s great since it truly protects the lion’s share of the park. That’s bad because the tens of thousands of people who visit the park every year are crammed into a very, very small area on just a handful of trails. 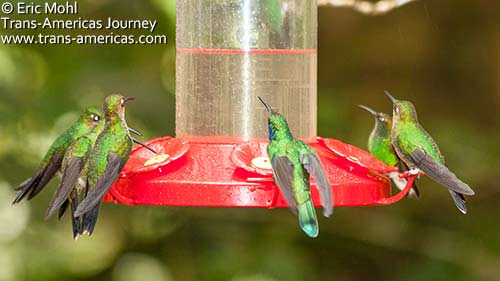 These hummingbirds are just one of the more than 400 species of birds that are seen in Monteverde Cloud Forest Biological Reserve in Costa Rica.

The reserve is home to 100 species of mammals, more than 400 species of birds have been sighted, 120 different amphibians and reptiles, tens of thousands of insects and 3,000 species of plants including 500 different orchids, the highest diversity in the world. However, human traffic has surely caused any wild animal with half a brain to retreat to the other 97% of the park by now. 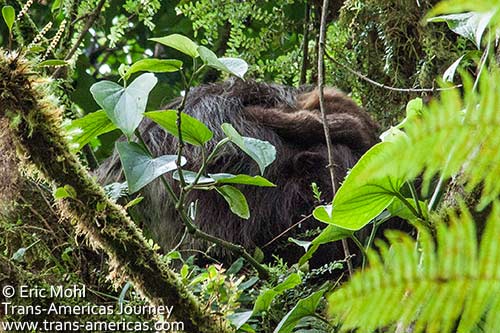 A sloth and a baby (we think) seen in a gorge off a trail in Monteverde Cloud Forest Biological Reserve in Costa Rica.

Like all parks and nature reserves in Costa Rica, admission is steep–US$17 per person and that does not include a guide (not required) or transportation from Santa Elena to Monteverde. Tour operators in town quoted us anywhere from US$36 to US$55 per person for transport, admission, and a guide. One good thing is that your US$17 admission is valid for the whole day so if you want to visit the park early, when the animals are most active, then return later in the day you can do that. 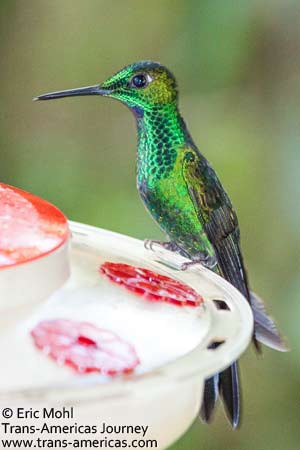 In addition to a few miles of trails, Monteverde Cloud Forest Biological Reserve also has a large hummingbird habitat with lots of very, very popular feeders.

We spent about three hours in the morning in Monteverde walking most of the well-maintained trails with a guide through clouds (of course) and over a dramatic bridge installed at just about canopy height. It wasn’t until the last half hour that animals appeared and we (and everyone else in the park at that time) log-jammed to set up scopes and train cameras on resplendent quetzal and a two-toed sloth basically next to each other in a gorge off the trail. 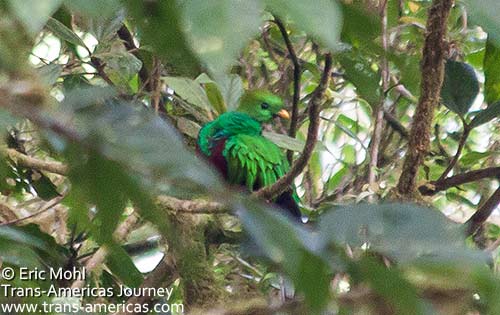 Your admission to Monteverde Cloud Forest Biological Reserve also gets you in to their hummingbird habitat where the brilliant little birds dart alarmingly close to you as they travel back and forth between their favorite feeders. 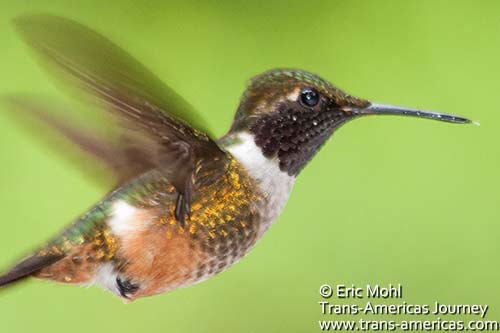 The brilliant colors of hummingbirds are caused by refracted light, not pigment. Their feathers actually have no color at all. 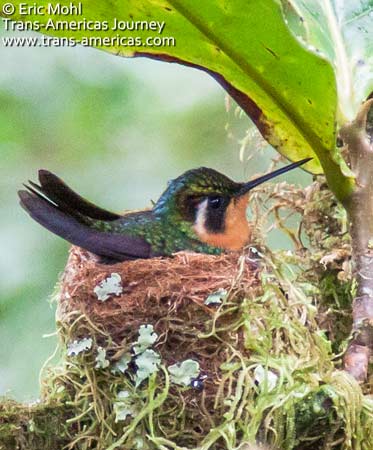 We came eye to eye with this hummingbird in its nest while crossing a bridge near the canopy in Monteverde Cloud Forest Biological Reserve in Costa Rica. 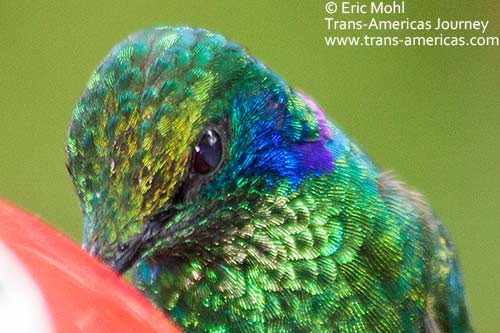 The brilliant colors of hummingbirds are caused by refracted light, not pigment. Their feathers actually have no color at all.

Something else they don’t tell you about Monteverde

It’s cold and windy in and around Monteverde and Santa Elena. The average annual temperature is 65 degrees. It’s also damp all year-long with peak rain coming in October. The driest month (that term being relative in a cloud forest) is March. We can’t tell you how many tourists we saw wandering around Santa Elena and the reserve shivering in the clothes they packed for the beach.

One activity that seems to hold some promise is the option of horseback riding from Santa Elena to La Fortuna, the town at the gateway to Arenal Volcano National Park. The trip takes you through villages and protected land, including the rarely visited Children’s Eternal Rainforest (Bosque Eterno de los Niños in Spanish), the largest private reserve in Costa Rica. However, since it’s a one-way trip we couldn’t do it because it would have meant abandoning our truck in Santa Elena.

Sadly, Monteverde and Santa Elena seem to have been sacrificed to the perpetually hungry gods of tourism. Our advice is to skip it and visit the cloud forest around San Gerardo de Dota instead. You’ll feel like you have the place (and its quetzals and maybe even tapirs) to yourself.