The weather in Paracas, Peru always seems to be sunny even when nearby Lima is blanketed in gloomy fog. Reliable rays, and access to some gorgeous natural areas, are why this coastal town is a favorite getaway for Limeños (what people who live in Lima are called) as well as a destination for foreign tourists. Use our beach town travel guide to get the most out of a trip to Paracas including what to do, where to sleep (one of the most unusual hotels in Peru is located here), and when to go. 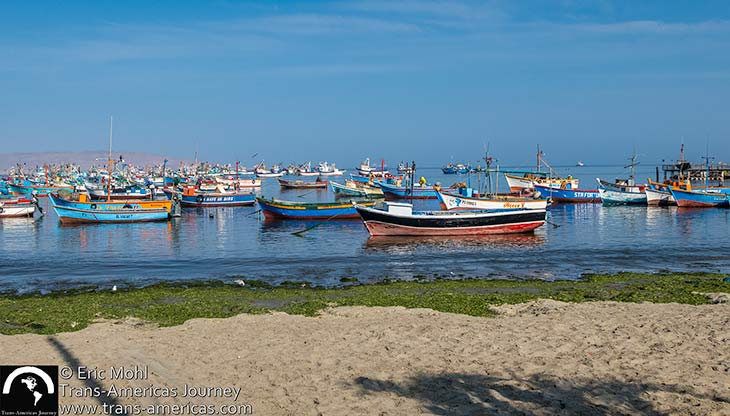 Fishing boats in the port in Paracas, Peru.

What to do in and around Paracas, Peru

The word Paracas means “dust storm” in the Quechua language and the combination of strong winds (especially in the afternoon) and plenty of sand mean that the air is usually full of grit. Our truck was covered in sand and dust the entire time we were there. 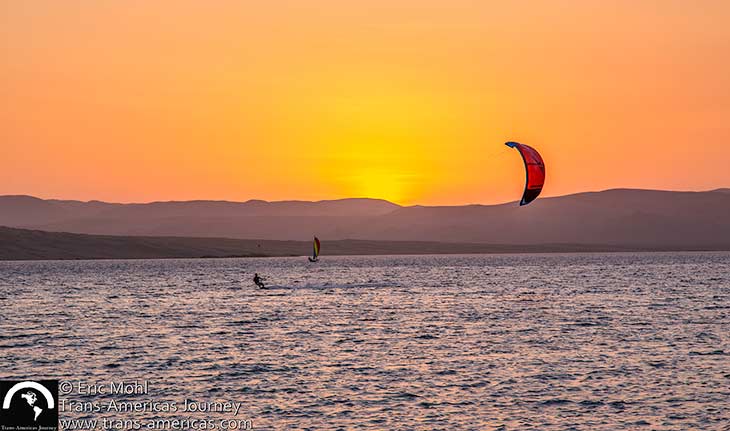 Windy conditions in Paracas make it a mecca for kite surfers.

On the bright side, all that wind means that Paracas, about 160 miles (260 km) from Lima (allow 3-4 hours depending on traffic in the city), is a paradise for kite surfers who flock here in increasing numbers. There are also opportunities to go sandboarding down nearby dunes, tour companies offer dune buggy excursions, and sea kayaking and SUPing are also possible. 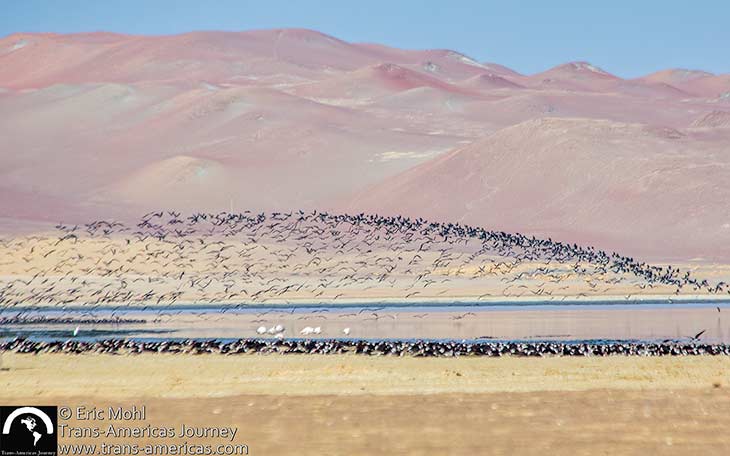 While Paracas is not a pretty town, the protected natural areas around it are stunning. For example, the Reserva Nacional de Paracas (Paracas National Reserve in English), which protects 827,800 acres (335,000 hectares) of land and sea, is spectacular with dunes, beaches, bays, and birds galore. Get more travel information about this dramatic region, which was featured in the movie Don’t Look Up, in our post about exploring the Paracas National Reserve. 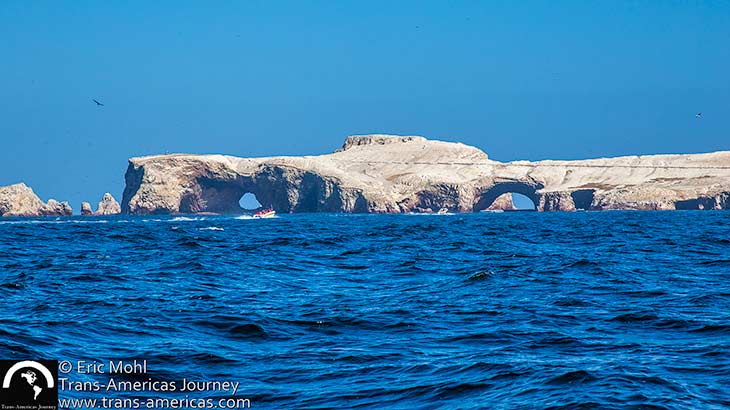 Part of the group of islands that make us Islas Ballestas near Paracas. 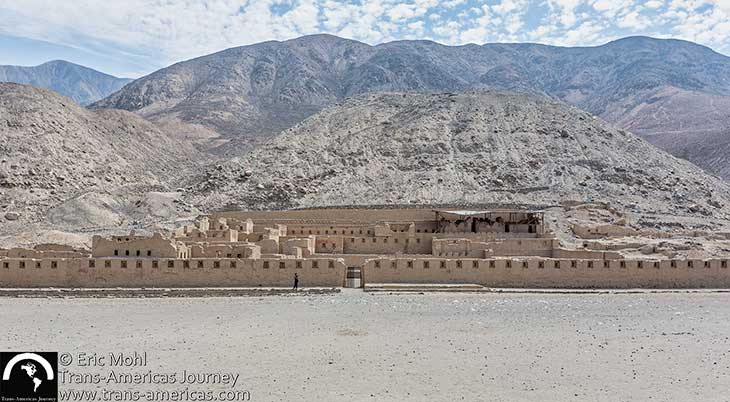 Tambo Colorado is an Incan archaeological site that can be visited as a day trip from Paracas. The site dates back to the 15th century and was called Pukatampu, Puka Tampu (red resting place), Pukallaqta (red place), or Pukawasi (red house) in the Quechua language. Tambo Colorado is a modern name in reference to the bright pigment (colorado means red or colored in Spanish) found by archaeologists. 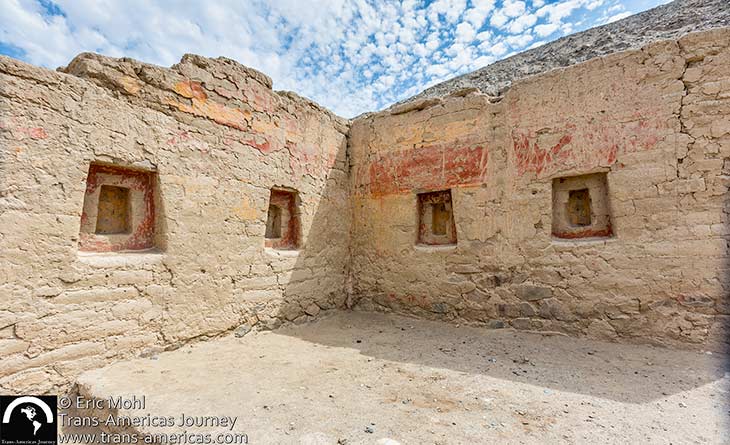 The extremely dry climate in the area did an excellent job of preserving a remarkable amount of original paint at the site which may have originally been painted in horizontal stripes in yellow, red, and white. Because of its position between the coast and the highlands, experts believe the site may have been used as an administrative center by the Inca.

Where to eat in Paracas, Peru

Like most coastal towns, seafood is a major player on most menus in Paracas. You can splurge and get good seafood including restaurants offering fresh catch whole fish priced by weight. There are also lots of open-air restaurants luring in tourists on the waterfront promenade with lower prices and, well, you get what you pay for. 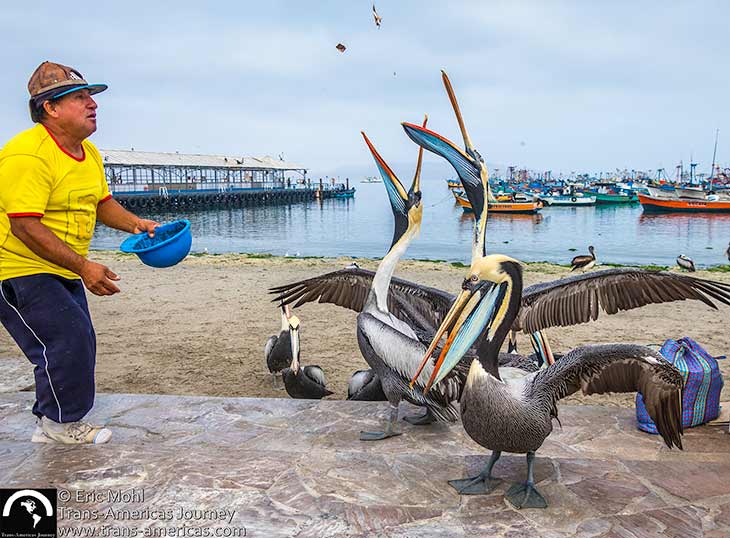 Pelicans get a quick snack on the malecon in Paracas.

We can report that we found decent food (ceviches, fish and seafood dishes, soups, pizzas, and pastas) and good Peruvian craft beer (including Sierra Andina beer) in bottles and on tap at Karamba Resto Bar on the waterfront walkway.

The best food we had in Paracas was at Il Covo restaurant.

We were also delighted with Il Covo. This Italian restaurant is owned by an Italian family and there are two real wood-burning ovens for making legit pizzas and bread. The dinner-only menu (at the time of writing their hours were 6 pm to 11 pm), includes pasta, meat dishes, seafood dishes, risottos, carpaccio, and salads. Our pasta with tomatoes, mozzarella, and basil was simple, authentic, and delicious. A tuna dish with sesame seeds and poppy seeds was flavorful and the fish was perfectly pink and warm inside. It’s not cheap, but the food did not disappoint, unlike virtually every other meal we had in town at the budget places we were frequenting.

Where to sleep in Paracas, Peru

Welcome to the first hotel in Peru that uses RVs for rooms. 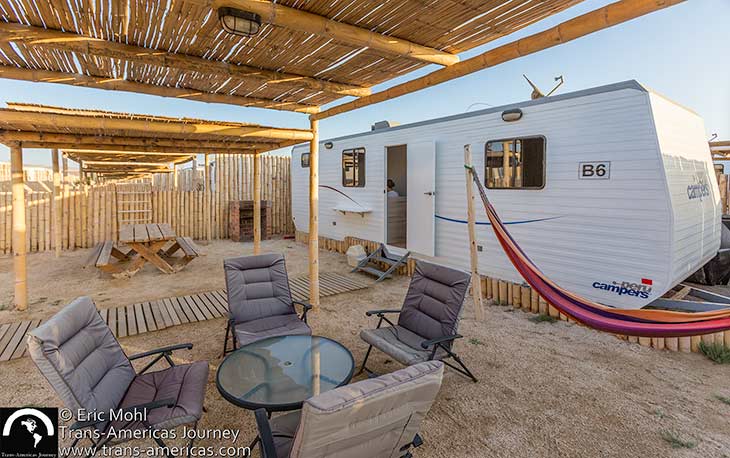 You can get your own RV instead of a hotel room at the beachfront Bamboo Paracas Resort.

At Bamboo Paracas Resort you’ll find custom-built RVs permanently parked on the beach. Each has electricity, a plumbed toilet and shower, a full kitchen, and a sandy front yard with your own grill and picnic tables. There’s also a pool, a restaurant, a bar, and stand-up paddleboards plus kitesurfing and windsurfing equipment and lessons if you want to take advantage of the area’s legendary coastal winds. 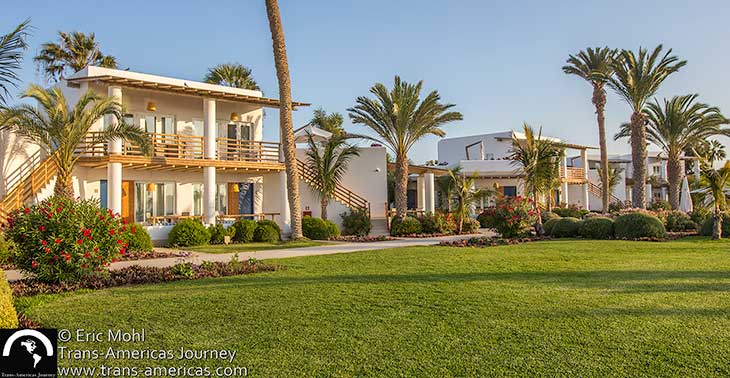 Hotel Paracas, a Luxury Collection Resort has all the resort trimmings including two pools (one for adults and one for families), a spa, a fitness room, a kids’ club, a buttoned-up “km 0” concept restaurant, a casual seafood-focused eatery on the resort’s private dock (which attracts guest chefs from around the country), an expansive breakfast buffet, and an on-site tour agency. Its 120 rooms and suites are in a collection of two-story buildings. Each has a furnished patio and some have ocean views (the rest face the hotel’s ship-shape garden). Make time for a soak in the ample and well-designed jetted bathtub in your room. 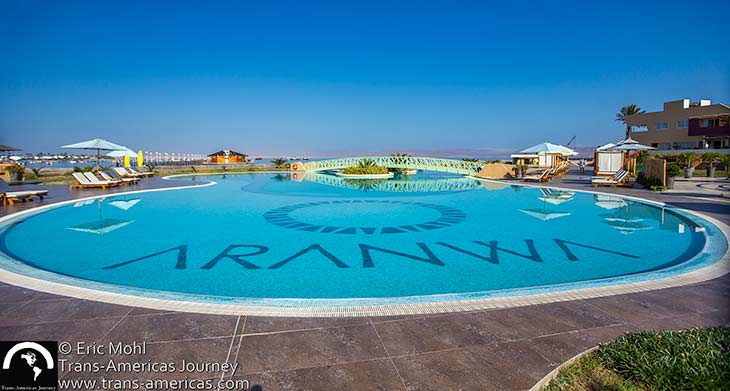 The pool at the Aranwa Paracas Resort & Spa.

We also stayed at the Aranwa Paracas Resort & Spa which looked and felt rundown and in need of a new manager when we were there–as if the place had welcomed one too many cut-rate tour bus groups.

On our second visit to Paracas, we stayed at Hospedaje Racs where 75 soles (about US$18) got us a very clean but small matrimonial room with a private bathroom. An outdoor communal sitting area, one parking space, and Wi-Fi round out this basic but perfectly acceptable budget travel option.

When to visit Paracas

As we mentioned, Lima locals and foreign visitors love Paracas and the town can be packed in the summer months (December through March) when prices are also jacked up. 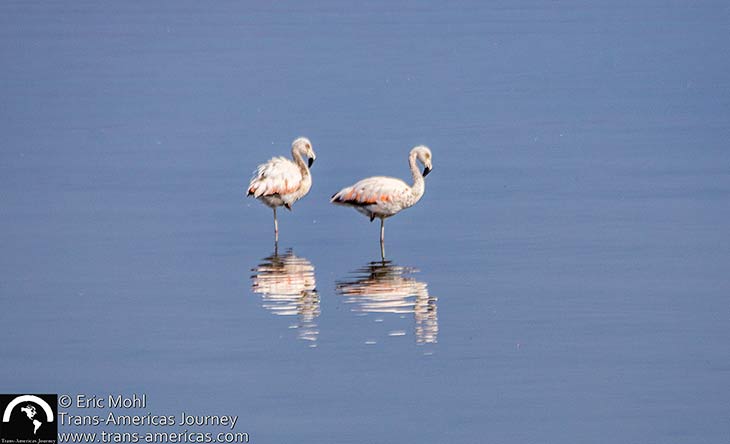 So, avoid the summer months and visit in April, May, and June instead when the crowds are gone and prices at hotels, restaurants, and tour companies go back own. Though summer is over, the weather during these months remains mild.

We were in Paracas in the steamy hot and very packed high summer months and also in the month of April when high temperatures were in the mid-60s to low 70s Fahrenheit (15 to 21 Celcius), the humidity was much lower, and nighttime temperatures were perfect for sleeping.