The name is awesome: Wine for Water. The idea is pretty awesome too–make money serving world-class wines made in Paso Robles, California (or at least made from grapes grown in Paso Robles) in a chic new downtown wine bar (rather dryly named the Paso Wine Center) and give all profits to Wine for Water. The charity then turns that wine money into water by using it to drill wells and install tough-as-nails pumps that supply fresh, clean water to some of the most water-starved people on the planet. 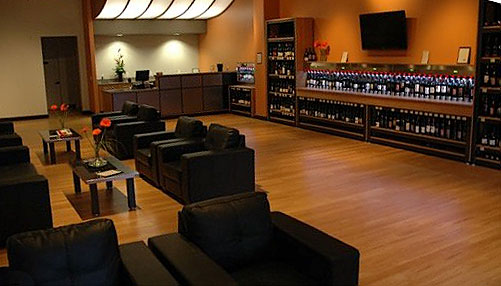 Inside the Paso Wine Center.

Meet the man behind Wine for Water

The whole shebang is the brain child of an alarmingly tall man named Ryan Boersma who’s built like a rock climber (because that’s what he is) and has the heart of a true millennial philanthropist. See a problem. Feel a problem. Fix a problem.

Ryan saw the clean water problem (one billion people don’t have clean drinking water right this very minute) during trips to India, Kazakhstan and Guatemala. As bad at the water situation is there, its even worse in Ethiopia so that’s where Ryan started solving the problem, using his own money to install the first Wine for Water well in early 2009. Each well costs about $5,000, will serve the entire community and will last for years.

While Wine for Water is certainly not the only charity focused on the issue of access to clean water, it is one of the most innovative for a number of reasons that add up to more water and less waste. First, Ryan realized that he can raise more money by opening the Paso Wine Center as a business, then donating all profits to Wine for Water vs. just trying to get direct tax-deductible donations to Wine for Water (which are still very much appreciated, by the way).

Second, Ryan maximizes the effectiveness of every penny by partnering with an existing clean water action group in Africa which gives him access to pricey infrastructure stuff like vehicles so he doesn’t have to buy them himself. Third, all profits after operating costs (like staff salaries and rent for the Paso Wine Center) go straight to Wine for Water. ALL PROFITS. 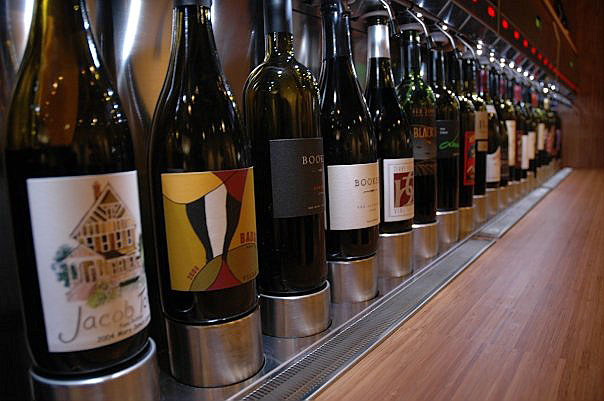 Just part of the enomatic wine preservation system at the Paso Wine Center.

The Paso Wine Center has been open just six weeks and is slowly but surely attracting customers with its loft-like feel, inviting leather chairs and couches and bank of fancy enomatic wine-dispensing machines made in Italy that look like something out of The Jetsons’ kitchen.

The enomatic system sucks the air out of an opened wine bottle, thus extending it’s shelf life–up to three weeks–after it’s opened. Ryan’s enomatic center dispenses nearly 50 different wines (about a hundred more are available by the bottle), with a refreshing focus on young labels and young/upstarty wine makers (one is called Chronic).

Ryan’s goal, beyond keeping those leather sofas full and that enomatic system pumping, is for Wine for Water to install more than 100 wells in Ethiopia over the next 18 months, so start sipping!

If you’re in Paso Robles on August 22 (and you should be because that’s the same weekend the annual and awesome Olive Festival plus free concerts in the park), stop by the Downtown Park Ballroom (1232 Park Street) from 4-6:30 for a special fund raiser for Wine for Water. Forty (tax deductible) bucks gets you in the door where you’ll enjoy tastings of area wines from Booker, Saxum, L’Aventure, Torrin, Jada, and others plus hors’devours and a really warm and fuzzy feeling inside (from helping such a worthy cause, not from the wine).