Pululahua Crater, about 30 minutes from Quito and very close to Mitad del Mundo, is one of only two inhabited volcanic craters in the world. Here’s how to explore this very unusual volcano and its village. 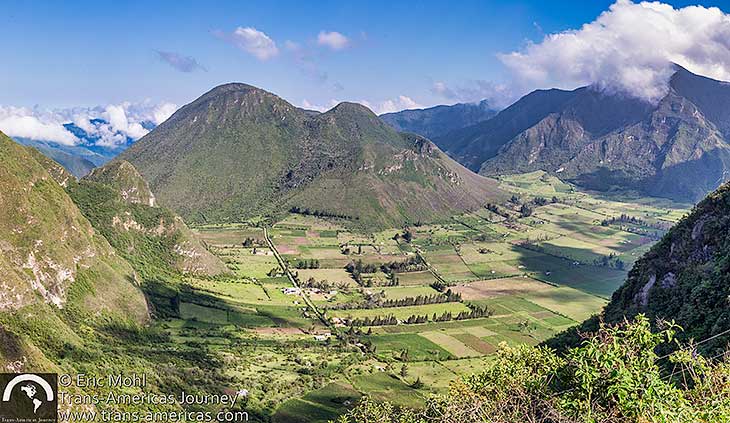 There are only two inhabited volcanic craters in the world and the Pululahua Crater in Ecuador is one of them.

The Pululahua Volcano (sometimes spelled Pululagua) is inactive. Its last eruption was more than 2,500 years ago. But its past activity caused the cone to collapse, creating a 3 mile (5 km) wide crater full of very fertile volcanic soil. Some believe the Incans may have been the first to move into the crater which is a more or less a round and concave shape with a monolith sticking up in its center (like a bundt pan). Today, the crater is home to a handful of farms and small communities of people who tend them. 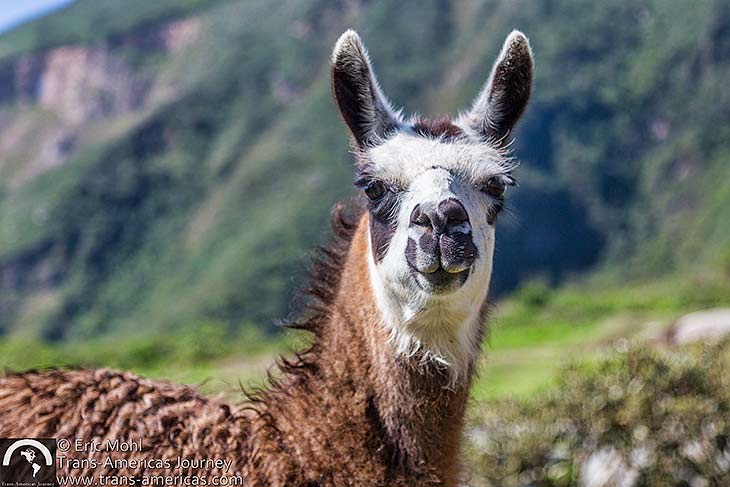 In 1966 the Pululahua Geobotanical Reserve was created to protect the biodiversity in the area which includes a cloud forest environment full of orchids. The climate is often foggy and the name Pululahua means Cloud of Water in the  Quechua language. That fog helps crater crops thrive in the virtually rain-free environment. But the fog also obscures views so try to arrive in the morning before the fog has formed.

See what a town inside a crater looks like in our drone video, below.

To visit the crater you can rent a horse or walk down a steep and gravelly trail that travels about 1 mile (1.5 km) from the rim down into the crater. Allow at least 3 hours for the roundtrip hike including time to explore the green and peaceful crater itself.

Where to sleep at Pululahua Crater 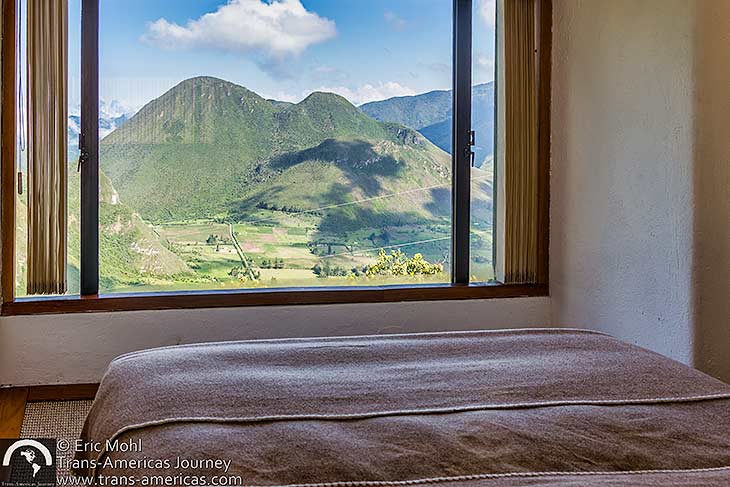 Rooms with a view at El Crater Hotel on the rim.

There are a couple of simple guesthouses in the crater itself. On the rim of the crater, you’ll find El Crater Hotel with eight suites, four rooms, and a spa. The suites, with views of the crater or views of Mitad del Mundo, have walls of windows, excellent beds, wood floors, leather and wood furniture, dimmable lighting, and lovely touches like wool and cotton blankets made in Quito. A terrific full breakfast, including fruit, juice, croissants, great coffee, and eggs, is included.