During April of 2022, we traversed much of Patagonia (again). We started the month in Puerto Natales, Chile in the very south of the South American continent. By the end of the month, we’d crossed back into Argentina where we drove parts of the fabled Ruta 40 north following the Andes to the small city of San Carlos de Bariloche in the northern part of Argentinean Patagonia just in time to get covered in snow. In total, we drove 1,942 miles (3,125 km) during our South American road trip in Chile and Argentina in April of 2022. Here are some highlights. 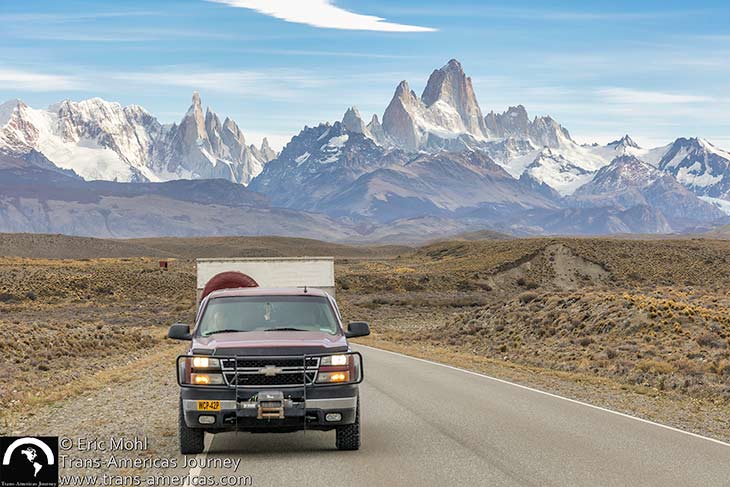 Leaving El Chalten, Argentina with Mount Fitzroy in the background.

South American Road Trip in Chile & Argentina in April of 2022

We began the month of April 2022 in Puerto Natales, Chile where we continued to explore the magnificent Torres del Paine National Park. As fall quickly turned toward winter, it was time to start moving north again. Since the majority of Chile’s land borders were still closed because of the pandemic, we had to drive 335 miles (540 km) to reach the lone land border crossing that was open between southern Chile and southern Argentina so that we could reach El Calafate, Argentina. 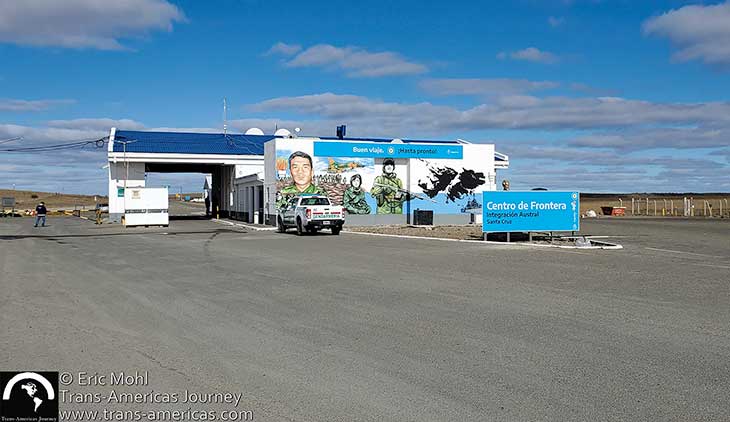 We’d crossed the Paso Integración Austral – Monte Aymond land border previously when we crossed from Argentina into Chile to reach the “End of the World” back in December 2019. This crossing, from Chile into Argentina this time, was the 81st border crossing of our Trans-Americas Journey. From the Argentine town of El Calafate, we drove north via more sections of Ruta 40 to the town of El Chalten. 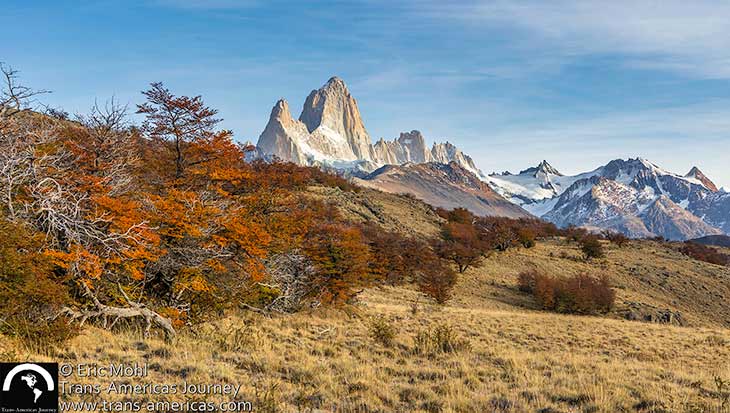 One of the reasons we returned to El Chalten, Argentina was to see these spectacular landscapes draped in changing fall colors.

We were returning to El Chalten, known as the Trekking Capital of Argentina, for two very good reasons: to see the fall colors in Glaciers National Park and to check out the brand new Explora El Chalten, which is the latest addition to the family of lodges from the Explora group which creates our absolute favorite luxury all-inclusive adventure lodges. Both the colors and the lodge were spectacular. 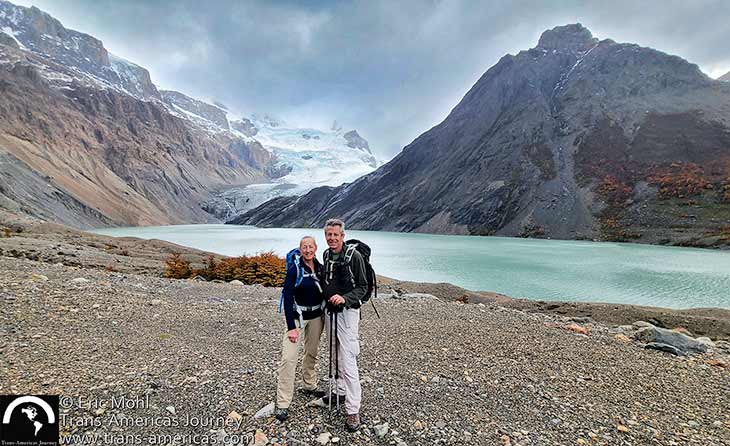 While in El Chalten we hiked through areas of Glaciers National Park that we didn’t explore during our first visit. The centerpiece of this park is an imposing granite block known as Mount Fitzroy–though we prefer its indigenous name which is El Chalten (which means the smoking one in the local indigenous language because it is so frequently shrouded in clouds). There were many highlights in El Chalten (which we’ll tell you all about in upcoming details posts), but a standout was a 16.5-mile (25 km) hike which was the longest day hike we’ve done in years. Soon the amazing fall colors were fading and winter, which comes early this far south in Patagonia, was quickly approaching so we made an 880 mile (1,460 km) beeline north to San Carlos de Bariloche over three days of driving through vast pampa grasslands that rolled on and on and on, occasionally punctuated by a group of guanaco or a glimpse of the Andes. 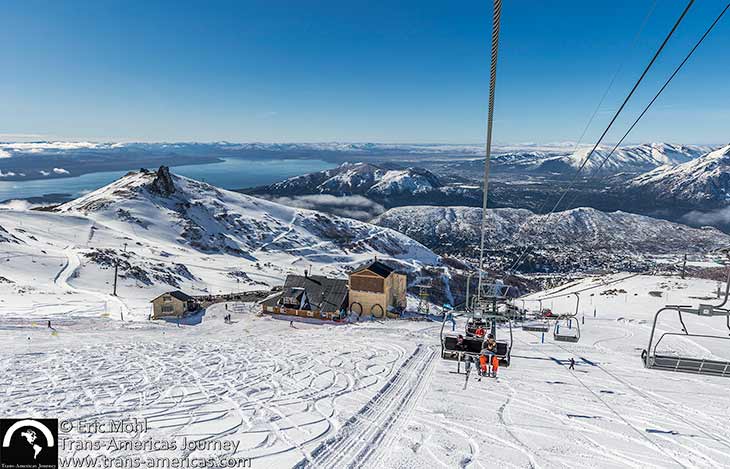 By late April we’d arrived in San Carlos de Bariloche, probably the largest tourist destination in Argentine Patagonia and the only year-round destination thanks to its size, infrastructure, and access to beautiful national parks and ski mountains. During our entire trip north through Patagonia we noted the lack of snow in all but the highest parts of the Andes even though winter was clearly on our heels. Soon after we arrived in Bariloche, however, it rained and snowed for four days and when the clouds lifted we could see that our surroundings had finally been transformed into a winter wonderland. This prompted the largest ski area in Argentina, Cerro Cathedral located above Bariloche, to open for the season and we were there to ride the gondola up the mountain on opening day.

Our complete road trip driving route in Chile driving in April 2022 can be seen in our map, below:

See what we saw out there on the road in Chile and Argentina in March of 2022 in our dashcam drive-lapse video, below. It was, as always, shot by our Brinno camera which is attached to our dashboard at all times.