We started the month of April 2017 in the coastal city of Iquique in northern Chile. From there we headed north through the Andes and the Atacama Desert before crossing into Peru where we ended the month in Ica. In total, our road trip traveled 2,203 miles (3,545 km) in April 2017 and you can see the same spectacular scenery that we saw through the windshield of our truck through our drive-lapse video at the end of this post. 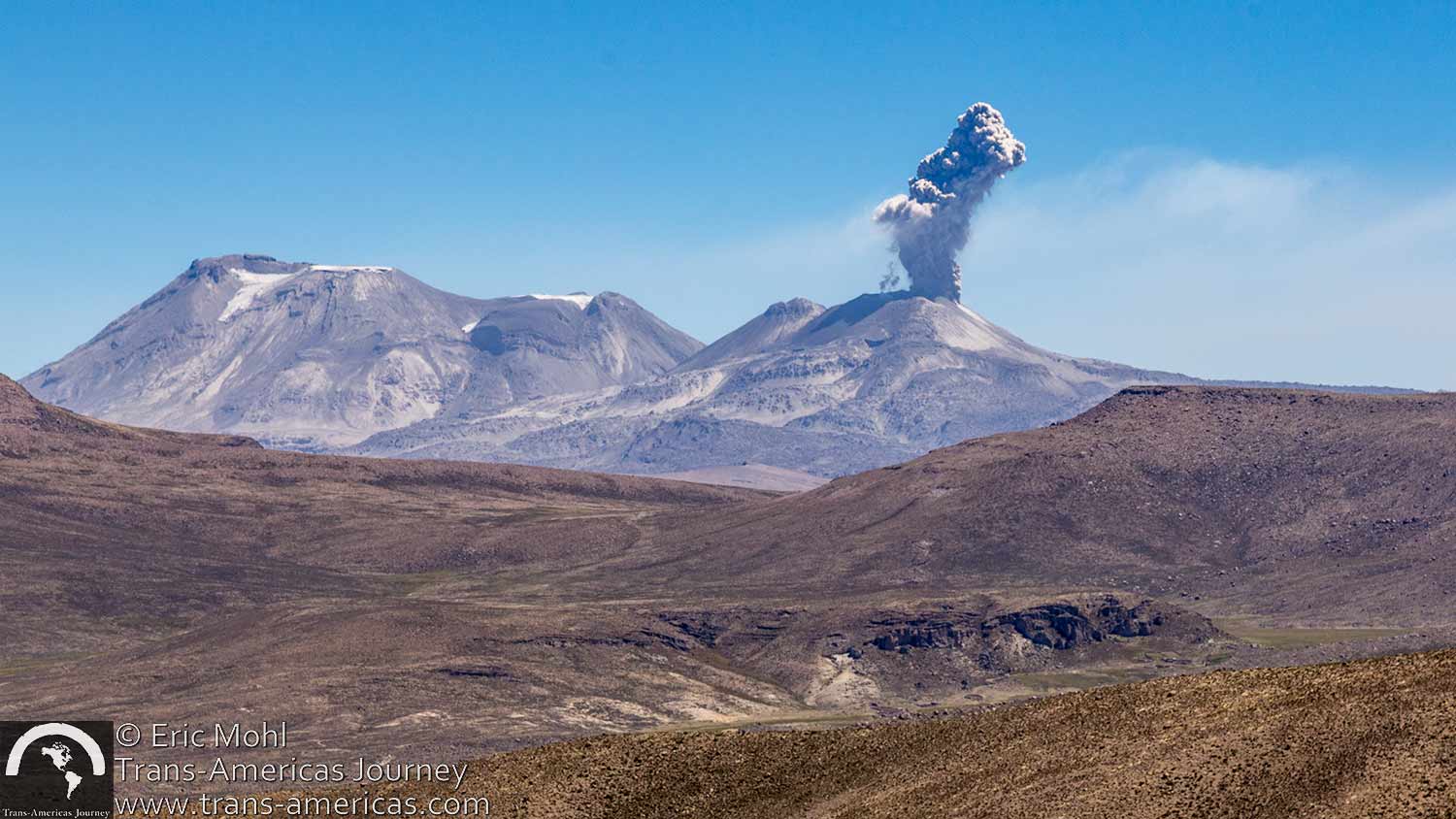 Sabancaya Volcano erupting near the Colca Canyon in Peru.

From the coastal city of Iquique, Chile we headed inland into the Atacama Desert and the Andes mountains where we visited some historic saltpeter mining towns, lakes with flamingos, salars (salt flats), hot springs, canyons, and geoglyphs including the Gigante de Atacama (Atacama Giant) which represents a deity that was important for the local inhabitants between 1000 AD and 1400 AD and has been called the largest prehistoric anthropomorphic figure in the world with a height of 390 feet (119 meters).  Check it out at 8:35 in our drive-lapse video at the bottom of this post. 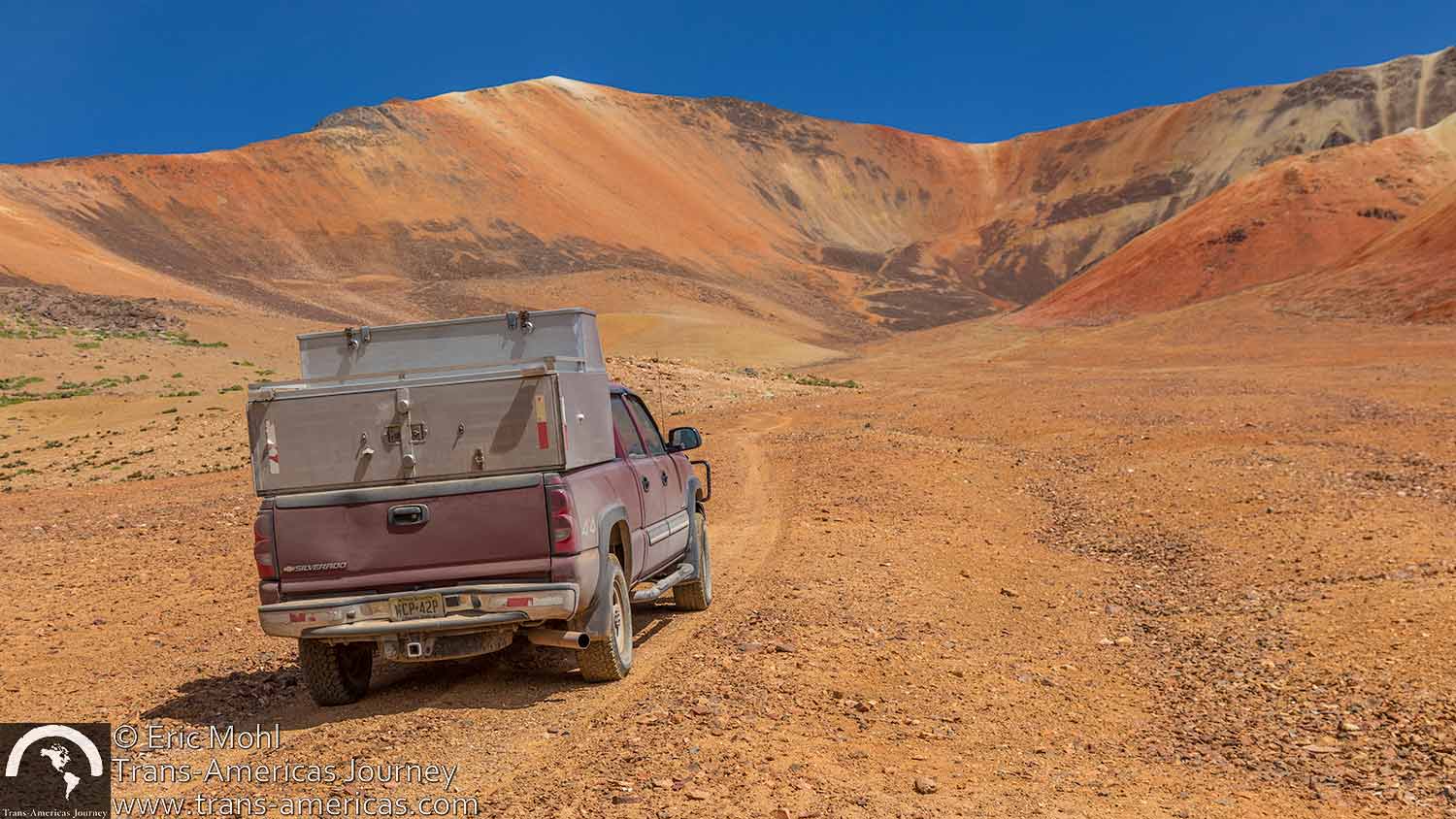 Our truck in the Mars Valley near Putre, Chile.

We continued to Putre, a tiny town high in the Andes in the northeast corner of Chile near the Peru and Bolivian borders. From there we explored Lauca National Park and drove to nearly 16,000 feet (4,876 meters) on the flanks of a volcano. Check out the unique scenery of  Mars Valley in Lauca National Park at 12:15 in our drive-lapse video at the bottom of this post.

Next up was Arica, a city on the Pacific in Chile near the Peruvian border. From there we crossed back into Peru and headed to the country’s second-largest city, Arequipa. From Arequipa, we visited the spectacular Colca Canyon, along the way reaching the highest point we’ve hit so far on a paved highway: 16,109 feet (4,910 meters). We also got an eye-full of the erupting Sabancaya Volcano and spent days hiking in the Colca Canyon. Check out its ash plume at 22:08 in our drive-lapse video at the bottom of this post.

After returning to Arequipa we continued north to Ica, the heart of Peru’s wine and pisco producing region, where we ended the month.

Our complete South American road trip driving route map in Chile and Peru during March 2017 is below.

And you can see what we saw out there on the road in Chile and Peru in April of 2017 in our drive-lapse video, below. It was, as always, shot by our Brinno camera.