Where We’ve Been: September 2017 Road Trip Driving Route in Bolivia

After weeks in the cold high-altitude Altiplano, often over 13,000 feet (4,000 meters), our Bolivian road trip focused on exploring central Bolivia in September of 2017 where we enjoyed a comparatively mild climate at moderate elevations between 5,000 and 9,000 feet (1,500  and 2,800 meters). In total, we drove 2,022 miles (3,254 km) in Bolivia in September of 2017. Along the way we traveled to a former Bolivian capital city (Sucre) and ended in the current capital city (La Paz) with time spent exploring Samipata, Amboro National Park, Santa Cruz, Cochabamba, Torotoro National Park and Sajama National Park plus the Tiwanaku archaeological site. You can see the same spectacular scenery that we saw through the windshield of our truck in our drive-lapse video at the end of this post. 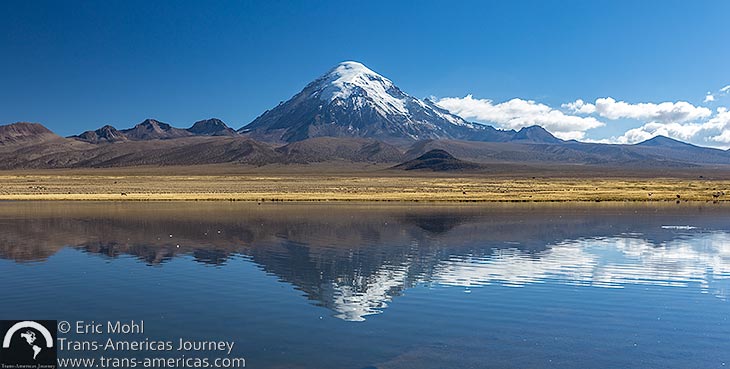 We began the month in the beautiful colonial city of Sucre which was Bolivia’s first capital and is now a UNESCO World Heritage site. From Sucre we explored the nearby Cordillera de Los Frailes with its pre-Columbian cave paintings and dinosaur footprints.

From Sucre we drove the old (read: unpaved) Cochabamba to Santa Cruz “highway” where road construction in preparation for paving is making the route even more of a mess. We finally arrived at the pleasant town of Samaipata where we hiked to the Nido del Condor (Condor’s Nest) to watch at least a dozen condors glide in the strong winds they love.

We also visited Vallegrande and explored the Che Trail where we learned a lot about  revolutionary Ernesto “Che” Guevara who was killed by the Bolivian military (with CIA assistance) in the nearby town of La Higuera before his body was displayed and then secretly buried in Vallegrande. See more in our Che Guevara photo essay. 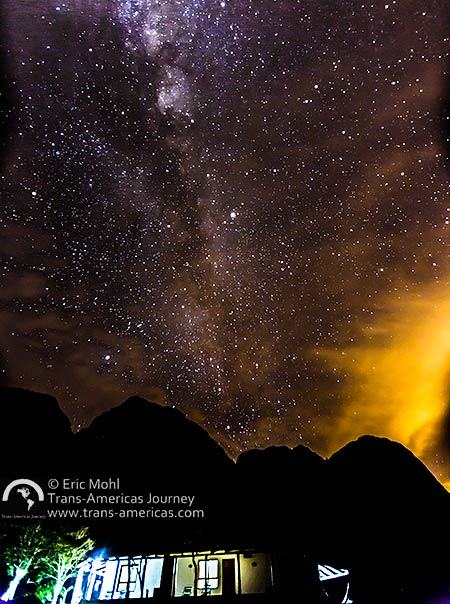 The stars at night over Refugio Los Volcanes in Bolivia.

Next up was Santa Cruz de la Sierra, Bolivia’s largest city, where we stayed at a hotel called Inboccalupo which is probably our most unexpected boutique hotel experience of the year. From Santa Cruz we visited the remote Refugio Los Volcanes on the edge of Amboro National Park.

Then it was a long drive to Cochabamba, which sits in a giant valley of the same name, before heading to the little-visited Incan ruins of Incallajta and the nearby colonial town of Totora. Then we visited the spectacular Torotoro National Park with its breathtaking yet easily accessible canyon, dinosaur footprints, rock walls covered in marine fossils, and beautiful rock formations. 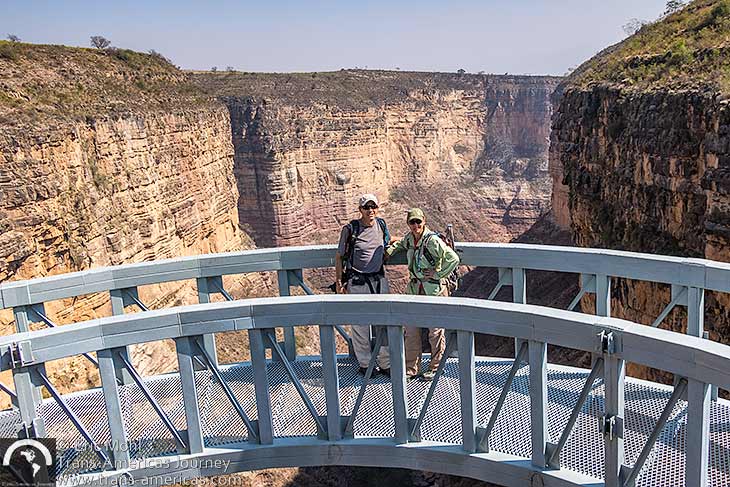 Us in Torotoro National Park in Bolivia.

After leaving Torotoro National Park we passed through Cochabamba again on our way back up to the high-altitude Altiplano. Our first stop was Curahuara de Carangas with its richly painted colonial church, generously known as the “Sistine Chapel of the Andes”. Our next stop was Sajama National Park, home to Nevado Sajama which is the highest peak in Bolivia at 21,463 feet (6,542 meters).

Sajama National Park also contains hot springs and geysers, lakes with flamingos, and more colonial churches. Nearby, along the Rio Lauca, we visited some unique chullpas (pre-Columbian burial towers) on which you can still see some painting (and human bones inside).

The end of the month found us at the pre-Incan archaeological site of Tiwanaku, a UNESCO World Heritage site, before returning to La Paz, Bolivia’s capital.

Our complete road trip driving route map in Bolivia during September 2017 is below:

And don’t miss the chance to see what we saw out there on the road in Bolivia in September of 2017 in our drive-lapse video, below. It was, as always, shot by our Brinno camera which is attached to our dashboard.