San Blas, on the Nayarit coast between Mazatlan and Puerto Vallarta, sits on an almost-imperceptible high spot which is surrounded by a sprawling mangroves which can be explored by boat for bird watching and mosquito swatting. 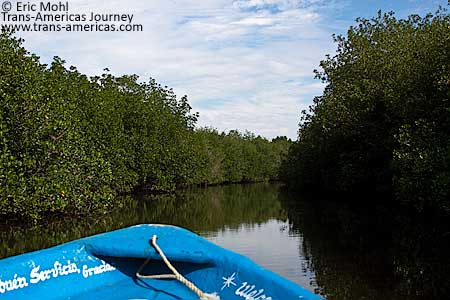 Our prow pushed silently through still water as we floated through the mangrove toward La Tovara Springs in San Blas, Mexico.

For around 360 pesos (about US$25) for up to four people, captains for hire who loiter in a median in the road as you enter town will take you on a three hour cruise up the Estuary San Cristobal through the federally protected mangroves and  waterways that lead to the La Tovara fresh water spring. Add about an hour and another 80 pesos (US$4.25) if you want to continue past the spring to a crocodile farm where the animals are bred and released. 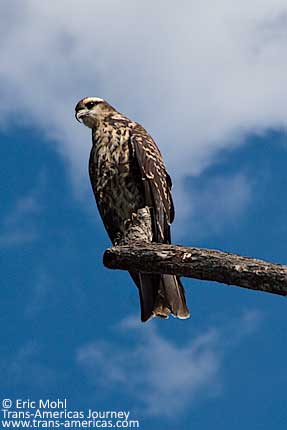 A juvenile osprey eyed us as we floated through the mangroves below.

After waiting around for over an hour hoping two other travelers would show up to share the cost of the boat, we finally gave up and convinced a captain to take just the two of us for 300 pesos. 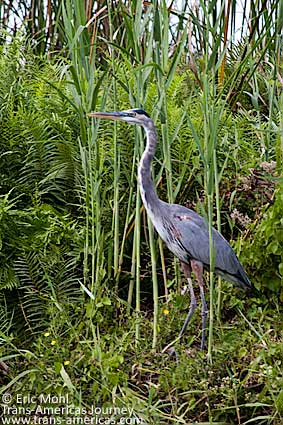 The moment we stepped into the small, open, brightly painted wooden boat and started to move we relaxed thanks to a shockingly quite and non-stinky motor, a languid pace and dozens of birds and crocodiles to look at. 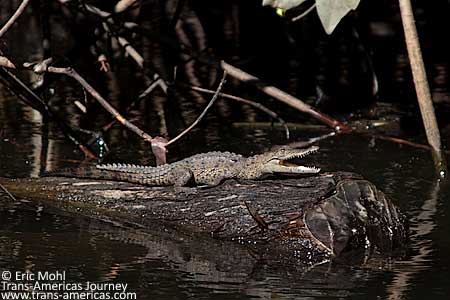 This small crocodile, one of many  we saw during our boat trip, didn’t budge from its sunny log as we floated by. 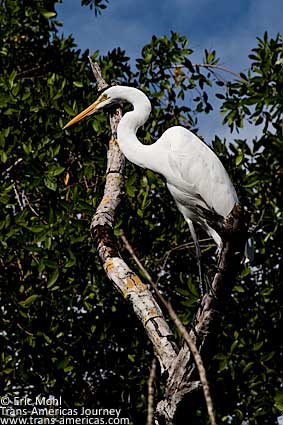 An egret stood motionless above the glassy water looking for the movement of lunch below the surface.

Our ultimate destination was the La Tovara fresh water spring where the boat docked and we got out to gawk at the amazingly clear water and its population of happy fish. This spring actually feeds the town of San Blas.

The crystal-clear water of the La Tovara Spring.

There’s a restaurant here with shady tables and you can even swim in a pool that’s been built up at the mouth of the spring. Be warned, however: at least one swimmer has been attached by a croc here and though there’s now a big weighted chain link fence separating the pool from the river itself we decided against taking a dip. 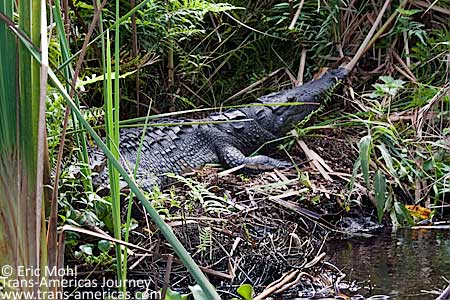 This bad boy was the largest crocodile we saw in the mangrove and he did not pay any attention to us as we passed.

You can get the trip for less if you walk or drive across a bridge or go even further out of town moving closer to the springs itself. However, if you ask us, the most serene and “mangrovey” sections of the trip occur in the first 20 minutes so cutting out that stretch to save a few pesos doesn’t make sense, even to us. 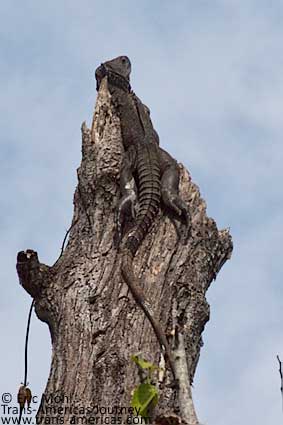 A black iguana warming up.

San Blas’ other (absolutely unsubstantiated) claim to fame is as the birthplace of banana bread. All over town bakeries swear they invented the stuff and you can hardly turn a corner without bumping into a chance to buy a slice or loaf of pan de platano.

We succumbed at a bakery called Juan Bananas. Why there? No idea, but the banana bread was very tasty and the label that came on it can’t be beat: it features a crude line drawing of a palm tree and a banana tree with a hammock strung between them in which a sated customer (one supposes) slumbers as gargantuan mosquitoes swarm about. We told you there were epic bugs here…