The Cerro Sechin archaeological site in northern Peru is home to some of the oldest monumental carved stones in the central Andes. We were amazed by how intact (and how gruesome) these pieces of ancient art were even more than 3,500 years after they were originally carved. 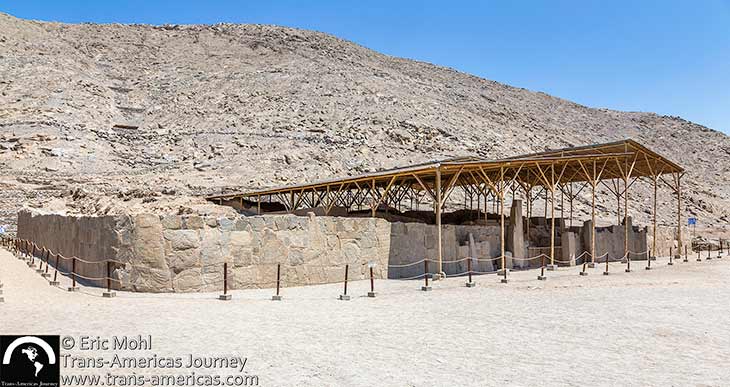 Roofing protects some of the ancient art at the Sechin archaeological site in Peru.

The Cerro Sechin archaeological site (which everyone refers to simply as Sechin) was built by the pre-Incan Casma/Sechin people who existed between 3600 BC and 200 BC. The site, which may have served as a capital and administrative area, was discovered by Peruvian archaeologists Julio Tello and Toribio Mejia Xessepe in 1937. 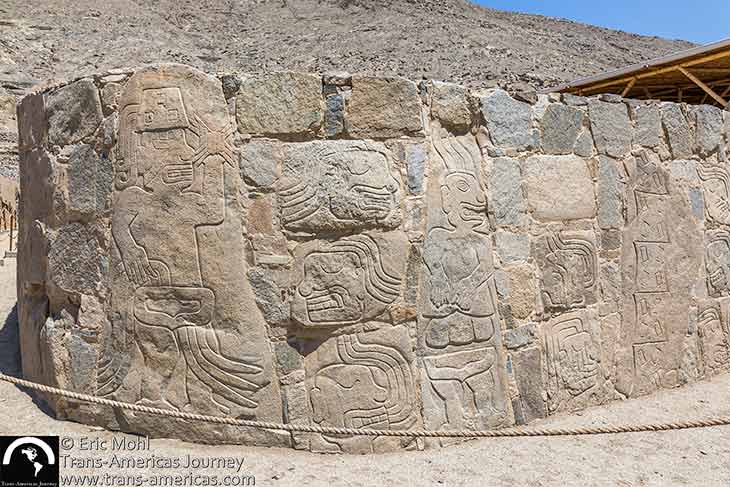 The Sechin archaeological site that visitors can explore dates back to 1600 BC and covers just 5 acres (2 hectares).  It’s part of the Sechin Alto complex which covers around 400 acres (160 hectares) and also includes Sechin Bajo where some areas date back to 3500 BC. 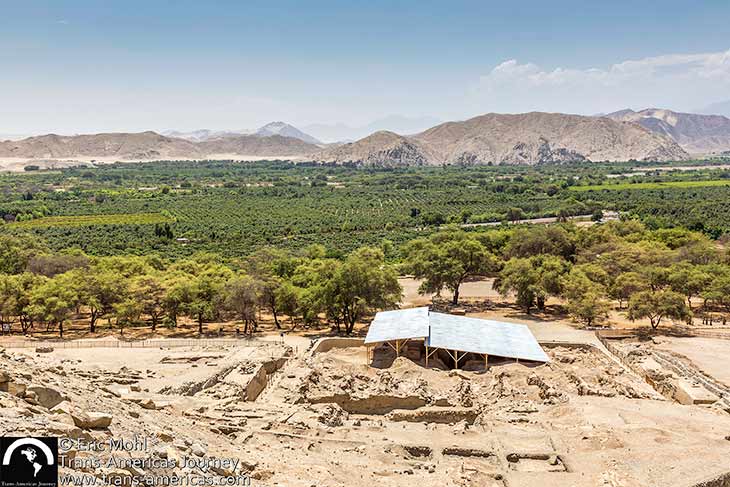 An overview of the site from a short trail that takes visitors above the excavated area.

At the Sechin site (5 soles or about US$1.30 including entry to a small museum), visitors can see eroded and roofless remains of clay and stone structures. Take the moderately steep but short half-moon trail that climbs up then back down a nearby hillside for an overview of the complex. 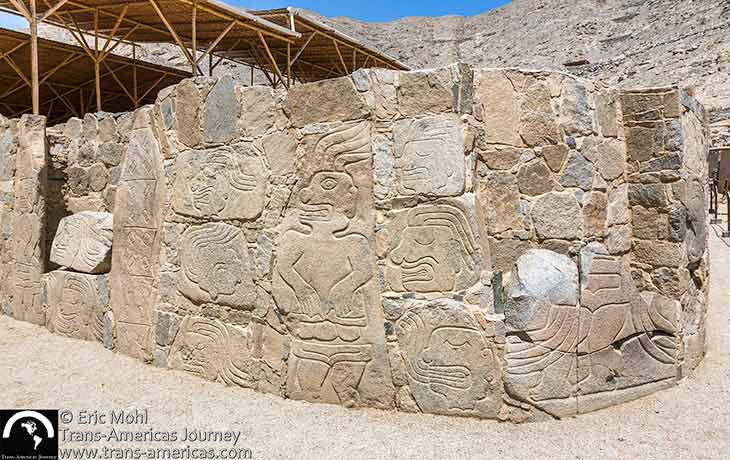 Experts have found about 300 carved stone panels at the Sechin archaeological site.

But it’s the 300 or so carved stone slabs that date back to 1600 BC that are the real reason to visit this archaeological site. Used to adorn exterior walls and interior spaces at the site, the bas-relief images on the slabs are in incredibly good shape with distinct detail, even after all these years. 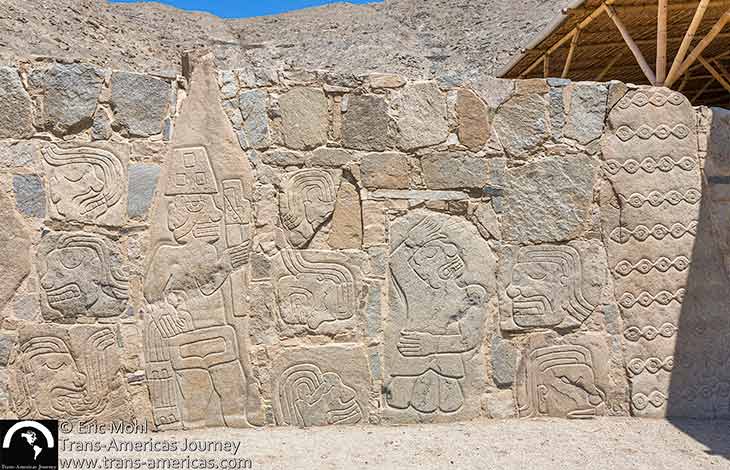 Decapitated heads, warriors, and other gruesome scenes are depicted in these carved stone slabs. 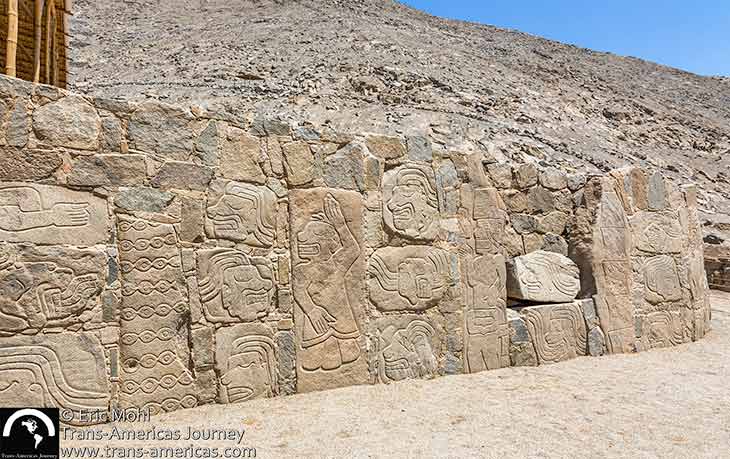 Much of this unique archaeological site is like an outdoor art gallery.

Some experts now believe that the carved stone slabs at Sechin may be the oldest known monumental sculptures in the central Andes. They’re certainly among the most dramatic.