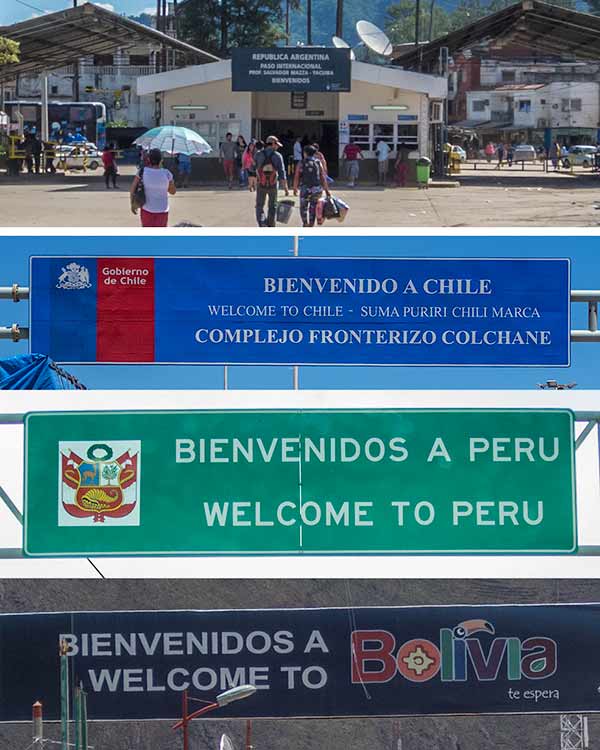 We also had five border crossings in 2017, bringing our total border crossings so far on our little road trip to 61. For more geeky road trip tallies, visit our Facts & Figures page. And check out our South American road trip driving route for all of 2017 in our map, below.

We began 2017 house sitting in Salta, Argentina. We spent the first two months of the year exploring the very North of Argentina and driving in some of the most remote and spectacular places we’ve been in our 10+ years of driving the Americas including Cafayate and the Puna de Argentina. In March we crossed the Andes into Northern Chile where we spent nearly two months exploring the unique landscapes and mountains around San Pedro de Atacama. From there we drove north along the coast to return to Peru. 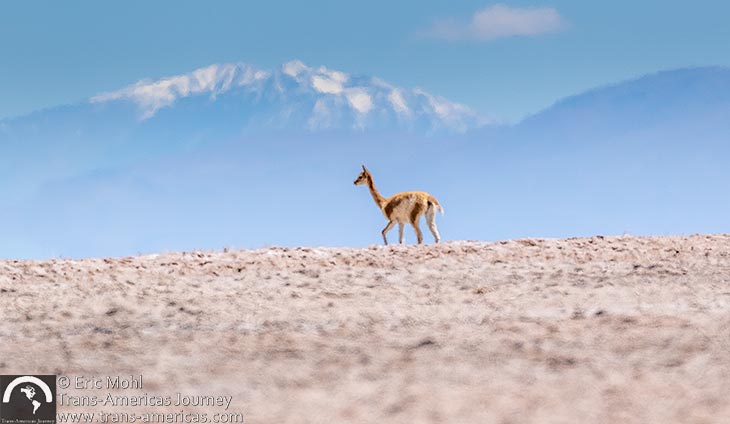 An elegant vicuña in the Puna de Argentina.

In April, re-entered Peru and, for the next three months, we continued to explore this fascinating country. We started in the city of Arequipa and hiked the Colca Canyon. From there we discovered Peru’s primary pisco and wine-producing area around Ica. Then we headed up to the Cordillera Blanca, the most breathtaking mountains we’ve visited since our time traveling around the Himalayas in the mid-1990s. After trekking, hiking, and exploring these beautiful mountains (including the iconic Santa Cruz trek), we once again headed south, passing through Lima (again), then Ayacucho, and on to Puno and Lake Titikaka which is the highest navigable lake in the world. 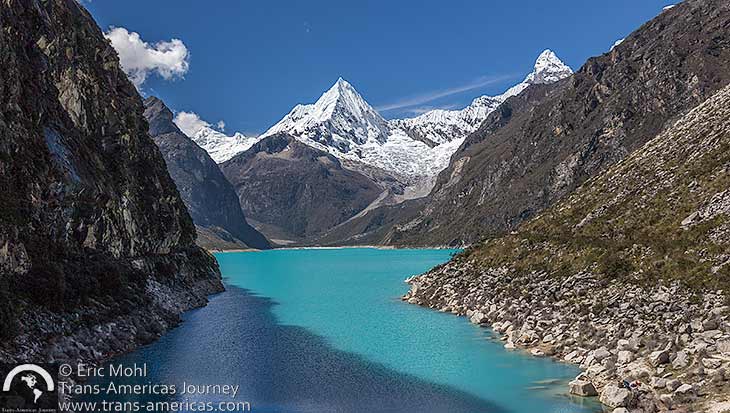 Laguna Paron in the spectacular Cordillera Blanca in Peru.

In July we entered Bolivia and spent the next three months getting to know this surprising country. We started in Copacabana on the shore of Lake Titikaka, then we explored the absolutely buzzing capital city of La Paz. At 11,975 feet (3,650 metes), La Paz is the highest capital city in the world. From there we headed south to the Uyuni Salt Flats, the largest in the world. From here we explored the rugged and remote southwest corner of Bolivia, another one of the most epic drives we’ve done. Then we explored what must be one of the least known wine regions in the world in the Tarija area of Bolivia. 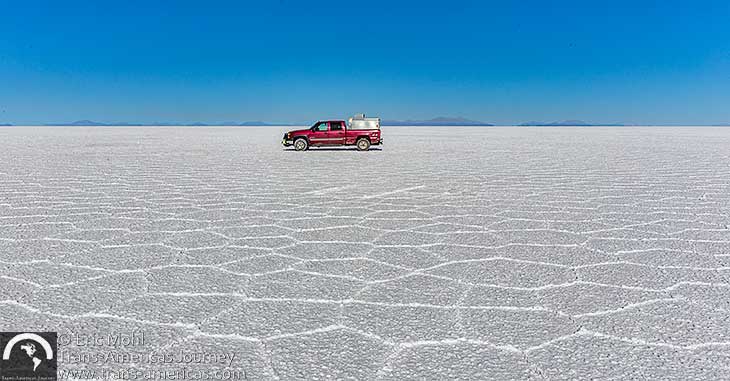 Our truck on the Uyuni Salt Flat in Bolivia.

From there it was up to Potosi, whose Cerro Rico mines contributed a good part of the wealth stolen from the Americas in the 16th and 17th centuries by the Spanish. Then we visited the historic capital of Sucre. After exploring the Santa Cruz and Cochabamba areas, our three-month stay was up. In October we crossed from Bolivia into Chile (where we did an epic drive from Colchane to Putre), then back into Peru where we spent the remainder of the year in an apartment in Lima catching up on work and developing a new website which we’ll be bringing to you shortly.