We’ve come to love and rely on a lot of tried and tested travel gear over the years–from Karen’s Kaikuna hoodie to Eric’s prescription Costa del Mar sunglasses. Now we present our short but sweet list of top travel gear of the year 2016 including a game-changing lens, a really cool cool bag, and hiking boots that were perfect straight out of the box. 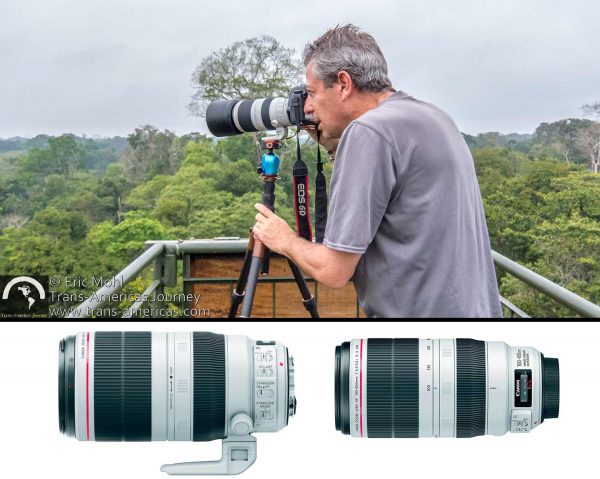 Just a few of the critters Eric has been able to photograph with his new favorite wildlife lens.

There’s no question that the most valued new piece of travel gear in 2016 was Eric’s Canon EF 100-400mm f/4.5-5.6L IS II USM lens. He got a tease with this lens in the Galapagos when another passenger on our M/V Origin cruise let him use his lens. The difference in the quality of the wildlife shots was stunning, so we scraped together our pennies (more than 200,000 of them) and got one. This lens has helped Eric get great shots all year-long and though it’s big and heavy and pricey it’s already proven its value time and again.

It’s hard to find a good travel tripod which combines durability and versatility in a compact and lightweight package. After years of looking, we found one. Don’t let the goofy 3 Legged Thing name fool you. These tripods really do rock (in more ways than one). See why in our full review of our 3 Legged Thing Evolution 3  Brian tripod. 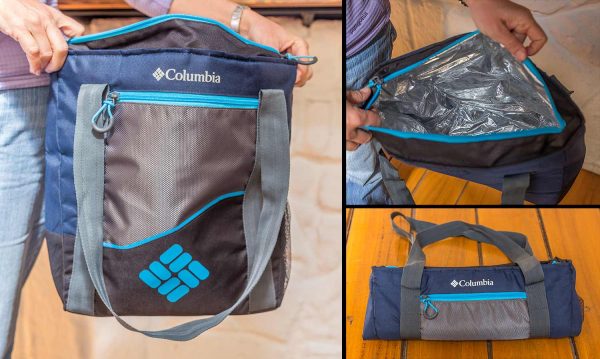 Sometimes we need to keep snacks and leftovers cold, for example, when we have a long day on the road with no chance of a lunch stop. Enter our Columbia insulated cold bag. It stays cold, doesn’t leak or sweat, holds more than you’d think, is easy to clean, dries out fast after use, and folds up small and compact when not in use. The only bummer is that the Velcro, which holds the bag snugly folded up when it’s empty, is located on the bottom, so if you fill the tote and then put it down on the ground the Velcro picks up grit. It looks like the specific model we have has been discontinued and only the bigger and beefier Columbia PFG Perfect Cast 45L Thermal Tote is available now. 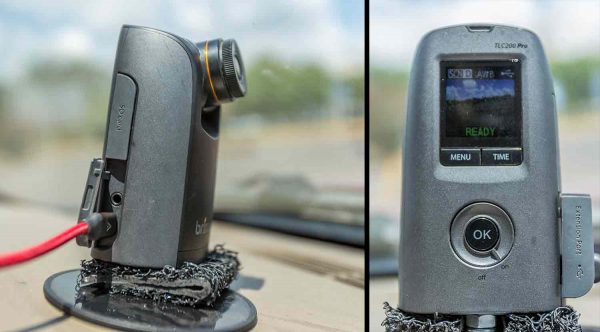 This time-lapse video camera is mounted on the dashboard of our truck.

Time-lapse video is great, unless you’re the one who has to shoot and edit it. For years Eric spent hours every month piecing together then speeding up images taken by a GoPro mounted to the dash of our truck so that we could show readers a month’s worth of driving in just a few minutes. It was such a time-consuming pain the neck that we stopped making the videos altogether and then stopped publishing our end-of-the-month driving posts. Then we heard about Brinno cameras which automatically take time-lapse footage. It was a bit tricky mounting the camera on our dashboard (you can see our workaround, above), but ever since Eric figured that out this camera has made making time-lapse video so easy that we started publishing our end of the month Where We’ve Been driving posts again, complete with Brinno footage. 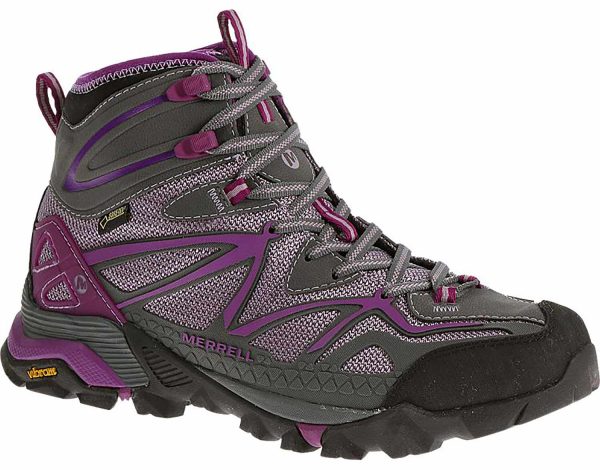 These boots went from box to trail.

There’s a cardinal rule about hiking boots. It goes like this: ALWAYS break them in before you wear them on a serious trail. Karen ignored that rule. She had a new pair of boots from a maker she’d worn before. They seemed like good boots. They felt fine on her feet when she tried them on. She settled. Then she wore them on one simple short hike and her feet were in agony. Luckily, there are some fairly well-stocked outdoor gear stores in Cuzco, Peru so we were able to find a pair of Merrell Capra Mid Sport Gore-Tex hiking boots at the same price we would have paid in the US. Karen loved them straight out of the box and they proved comfortable and rugged during the multi-day Andean treks we did in 2016.

Even the lightest packers need to bring a toothbrush. In 2016 a dentist in São Paulo, Brazil recommended that we try toothbrushes made by a Swiss company called Curaprox. She raved about how gentle yet efficient they were, so we splurged, paying about US$7 per toothbrush in Brazil. We were immediately hooked. So soft! So easy to use! So effective! So many great colors! We’ve now stocked up just in case we don’t find Curaprox in other countries. Also, don’t let anyone tell you that you can’t get good medical care when traveling. These toothbrushes have been around for years but this Brazilian dentist was the first to tell us about them. 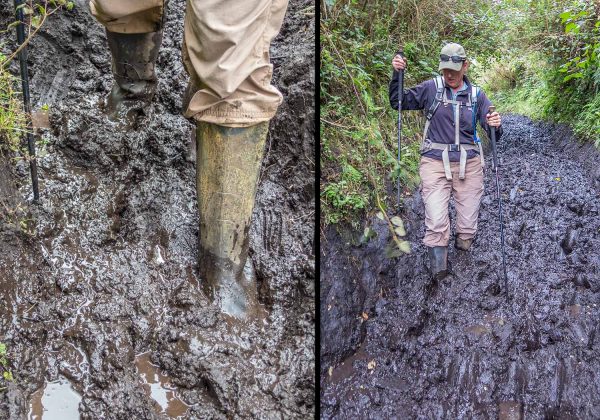 Sometimes the most humble piece of equipment ends up being key. This was the case with our ordinary rubber boots which got us through the muddy, muddy hike up to El Altar Volcano in Sangay National Park in Ecuador which would have made short work of regular hiking boots.