Located about midway between Tulum on the coast and Merida inland, Valladolid is perfectly situated to serve as a base for day trips to plentiful area attractions including the Mayan ruins of Ek’ Balam and the flamingos of the Biosphera de la Reserva Rio Lagartos. But you’re going to want to spend some time in the city as well. Here’s our Valladolid travel guide to prove it. 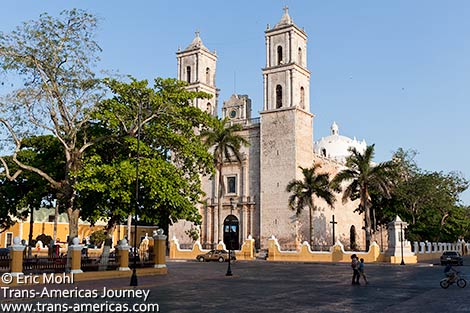 Valladolid is also perfectly situated to sizzle—smack in the hot zone of Yucatan State without the benefit of cooling ocean breezes. It was so hot when we were in Valladolid that the toilet water was steamy. It was two-cold-showers-a-day hot, only you had to be sure you got your showers in before 8 am or after 7 pm or the water coming out of the cold tap would be super heated by the sun.

The city’s naturally slow pace seems exacerbated by the heat. It is just too steamy to hurry anywhere. And despite its standing as the third largest city in the Yucatan, Valladolid still looks, acts, and feels a lot like a small town. 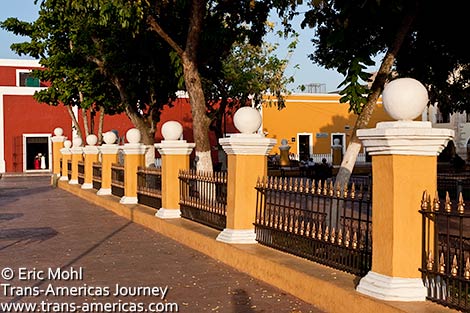 Valladolid also has its share of small-town pride and beautification efforts are extensive and effective. Walls and buildings are splashed with a gorgeous range of colors. The main plaza in front of the Catedral de san Gervasio has curved poured concrete two-seaters where couples sit and face each other in the (relative) cool of the evening. 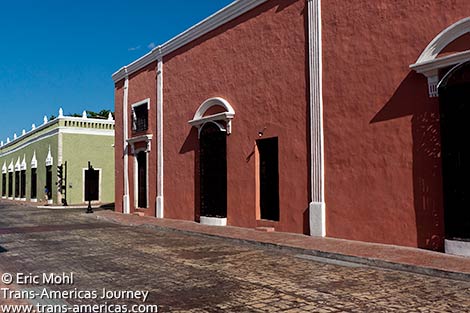 Where to eat in Valladolid, Mexico

Calzada de los Frailes street is capped by the San Bernardino de Siena Convent, a 16th century monastery in a lovely stone building on grounds that include a private cenote. Right next to the convent is Taberna de los Frailes restaurant. Opened by French chef/restaurateur/hotelier Patrick Charles Laurent and Doña Maruja Barbachano (the pair also runs Maruja café on the main plaza), the restaurant is breezy and welcoming.

The bar, lounge, and dining areas are all built in a garden over part of the same massive cenote that was found on the property of the neighboring monastery. Ask to see the well-like entrances into the cenote, but don’t get any ideas about taking a dip. The water level is 120 feet below ground level.

The Taberna de los Frailes menu is not the cheapest in town (90 pesos to 250 pesos, or about US$5 to US$14), but the ingredients (steak, tuna, veal) are top-notch and the preparations make a happy marriage of international techniques and Mayan and Mexican flavors. The shrimp tacos al pastor is a good example (200 pesos or about US$10.50). The tuna and salmon we ordered were both impeccable and the chocolate souffle was served in a soup bowl–massive! Even if you don’t eat here, stop in for a cold beverage after touring the convent. 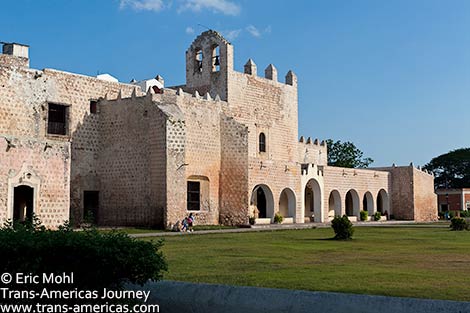 The Maruja Café and Wine Bar which looks (and smells) very European also offers the best-made, best-value souvenirs in town including regional chocolate and coffee, handicrafts, and witty t-shirts. And the downtown market is small but full of some of the cheapest food vendors we’ve seen anywhere in Mexico (big sandwiches for 12 pesos or about US$0,70, breakfast egg plates for 20 pesos or about US$1).

Where to sleep in Valladolid, Mexico

Right around the corner from the Maruja café, just a quarter block off the Parque Francisco Canton Rosado, is the Casa de los Venados hotel. Located in a renovated 400-year-old hacienda, this boutique hotel is packed to the rafters with the most colorful, most engaging Mexican arts and crafts the American owners, John and Dorianne Venator, could get their hands on (reservations are a must). This year a sushi café called Sushi Va opened up too. 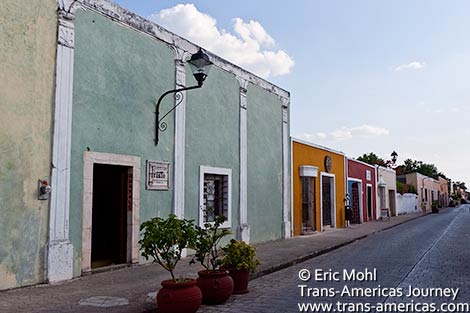 About a five-minute walk from the center of town is a particularly well-kept and tranquil street called Calzada de los Frailes. This street is home to the Coqui Coqui hotel. Operated by the famous perfumer, this hotel offers just two super-chic rooms around a private garden with a spa, a café, and a wonderfully retro-looking perfumeria.

A more affordable option in this charming neighborhood is the year-old Hotel Tunich Beh which has eight air-conditioned rooms (did we mention that Valladolid is hot?) around a small but serviceable pool plus Wi-Fi all for 450 pesos (about US$35) double occupancy. 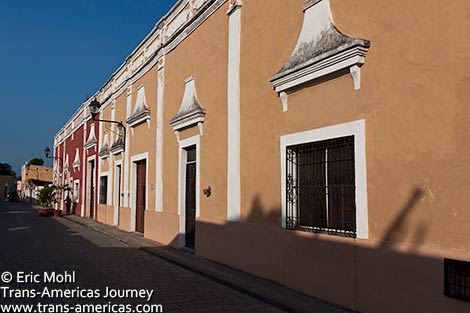 Coming soon: a new boutique hotel from the owners of Zamas in Tulum. They’re converting a house just a few doors down from Taberna restaurant into a brand new reason to visit Valladolid.