Yesterday we shut the computers down, put on our Paso Winos caps (figuratively speaking), and embarked on what we hope will be the first in an ongoing series of wine adventures in tasting rooms, vineyards, hotels, backyards, restaurants, bars, and barns throughout Paso Robles, California. The Paso Winos Tasting Team made its first stop at August Ridge Vineyards, a winery that was brand new to us but already a winery-to-watch to Karen’s parents who live in Paso and embody and inspire the Paso Robles Wine Country Lifestyle. 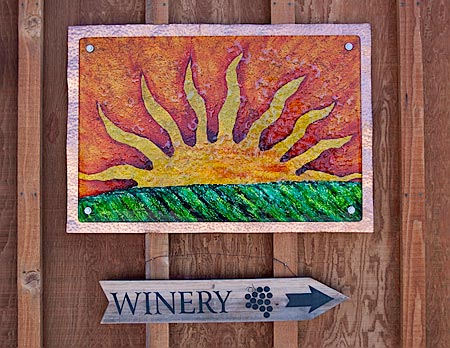 August Ridge Vineyard was opened by Jill and John Backer in 2001 and they released their first vintage (2005) in 2007. The mostly-red wines are, in their own words, “Cal-Ital” style and lean heavily on Sangiovese, Barbera and Nebiolo grapes. All were delicious and enjoyable even at such a young age. The 2007 barbera, a varietal that’s getting harder and harder to find around here, was luscious and proper like a beautiful, but married, Italian woman and the  2006 Sangiovese was all bottled smiles, though the 2005 Sangiovese may have a bit too much alcohol (15.5%) for some, including Jill the owner.

The lone white wine currently being offered at August Ridge (a Sauvignon Blanc is rumored to be in the works) introduced us to an Italian varietal we’d never heard of: Arneis. With a clean, almost austere mouth-feel and a refreshing crispness capped off with an almost lemon-juice acidity at the finish the August Ridge Arneis beats the capris off Pinot Grigio any day. 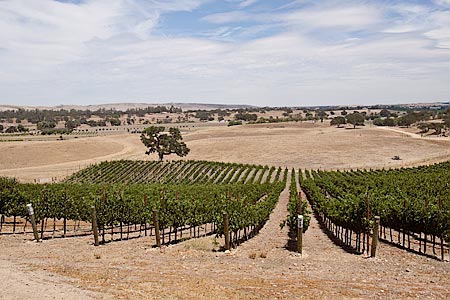 Free except for their two reserve wines for which a $5 fee covers both. Fee is waived upon purchase of a reserve bottle.

Yes and accepting new members–and with such small production numbers (fewer than 70 cases for some varietals) wine club members often get goodies that are never poured in the tasting room.

What we walked out with 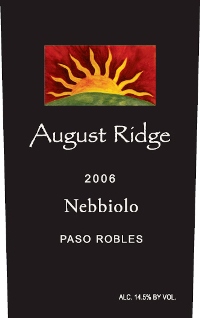