Poor Yosemite National Park. Beset by a deadly hantavirus outbreak. Ravaged by the Rim Fire (did you know that fire has its own Wiki page?). Knee-capped by the $%*#*&! US government shutdown. It’s been a tough few years for one of the most visited national parks in the United States. But this iconic park is back and we’ve got your Yosemite travel inspiration including the scenery, sequoias, and the why you shouldn’t blow off Tuolumne Meadows. And don’t miss our comprehensive post about hiking Half Dome too. 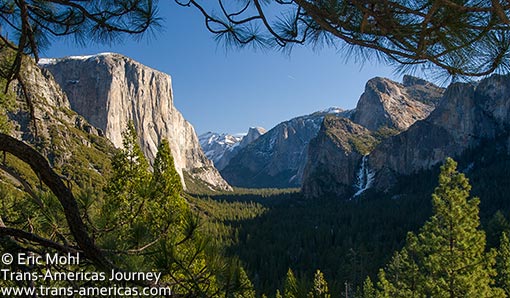 The iconic Yosemite Valley. This view is what greets you after you drive through a dramatic tunnel and approach the mouth of the valley.

The seasonal scenery of Yosemite

Yosemite National Park started as a protected area in 1864 and was made a National Park in 1890. In 1984 the park was inscribed as a UNESCO World Heritage site. It currently includes 1,200 square miles (517 square km) of valleys, cliff faces, rivers, waterfalls, and high mountain meadows. To call it divers is an understatement and it’s beautiful all year round. How do we know? Because we’ve visited this park may times in may seasons. Here are some side-by-side shots that prove show the seasonal scenery of Yosemite. 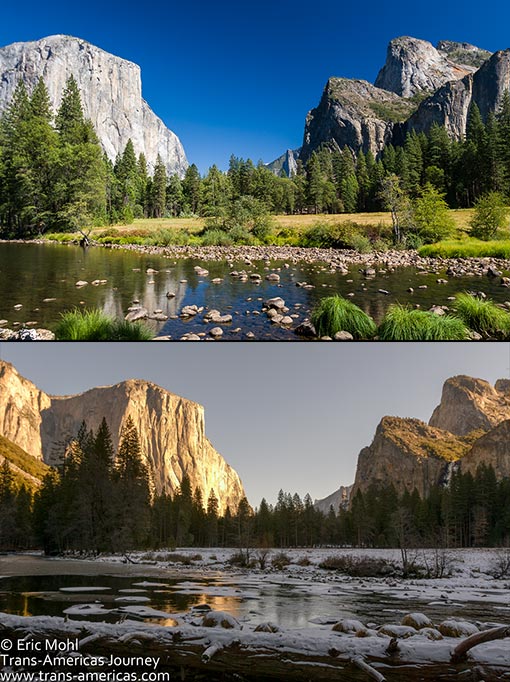 One view–Yosemite Valley with El Capitan on the left–in two seasons. 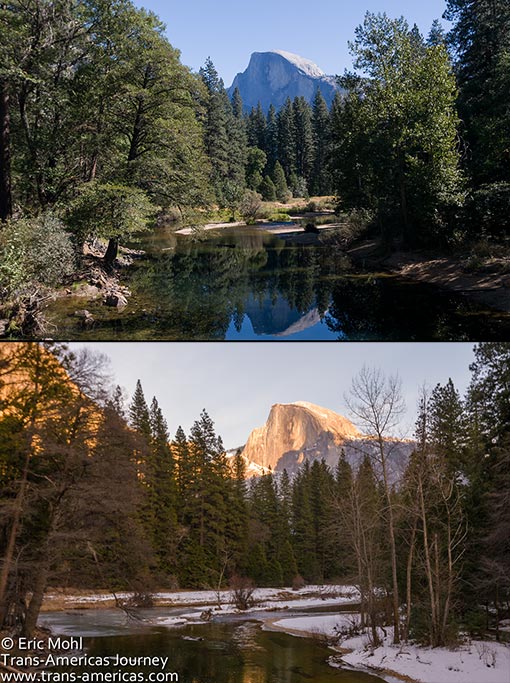 One view–Half Dome as seen from the Sentinel Bridge in Yosemite Valley–in two seasons.

Mariposa Grove and the stately sequoias of Yosemite

As if epic valleys and views weren’t enough, Yosemite is also home to hundreds of giant sequoias, aka redwood trees. These are the oldest trees on earth and two of the giants in the Mariposa Grove, in the southern part of Yosemite National Park, are on the list of the 30 largest examples of this species on the planet. 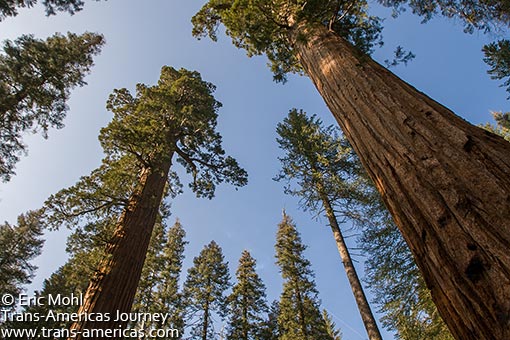 The hundreds of sequoias, aka redwoods, in the Mariposa Grove in Yosemite National Park are some of the oldest living things on earth.

Fire is an important part of the natural life-cycle of redwood trees and the giants are built to withstand fire with a natural fire retardant in their bark which can be two feet thick at the base of the tree. However, the very hot, very fast Rim Fire had naturalists worried enough to construct fire breaks around Mariposa Grove and even bring in sprinklers. 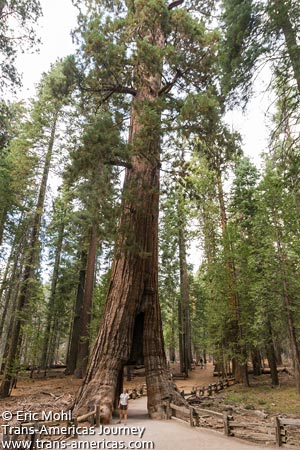 Karen walking through a tunnel cut through the trunk of one of the redwood trees in Yosemite National Park’s Mariposa Grove.

Tuolumne Meadows, in the eastern part of Yosemite National Park, is a different world and one that many visitors skip. We think they’re missing out, as these photos prove. 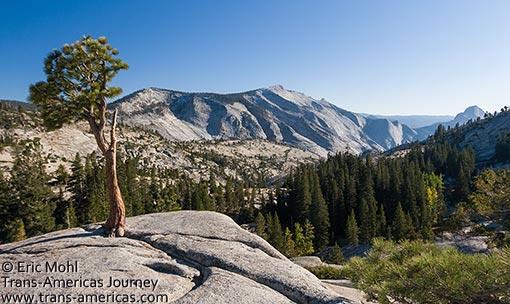 The view from Olmsted Point on Tioga Road looking across the Tenaya Valley at Clouds Rest Mountain and the top of Half Dome on the far right. 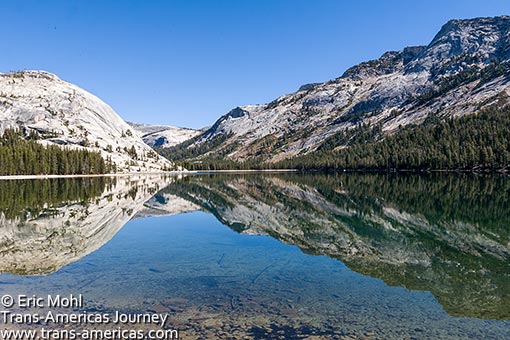 Panoramic shot of Lake May with Mount Hoffmann in the distance accessed via Tioga Road in Yosemite National Park. Want to see a larger version of this shot? 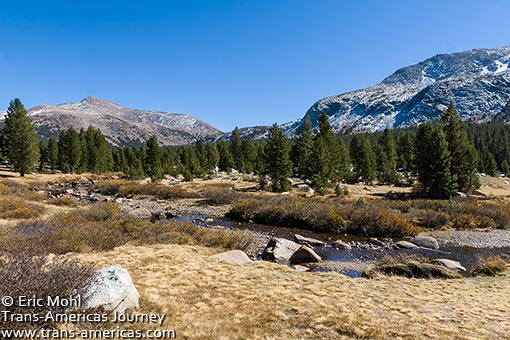 Tuolumne Meadows really should be part of your visit to Yosemite National Park. 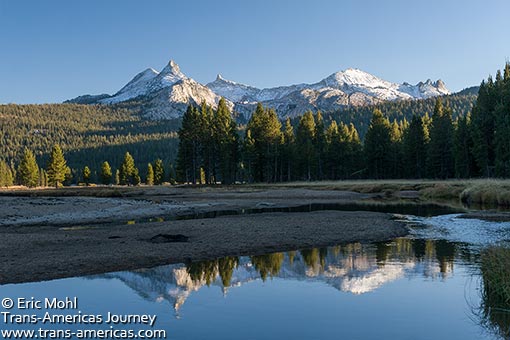 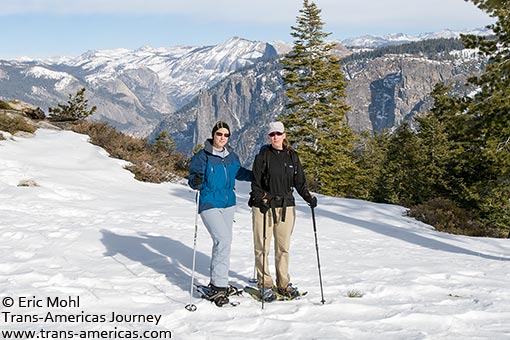 Karen (right) with her sister during a snowshoeing adventure in Yosemite National Park.