People often ask us what we miss about home. After all these years on the road we can honestly say that we don’t miss much besides friends, family, and bourbon. 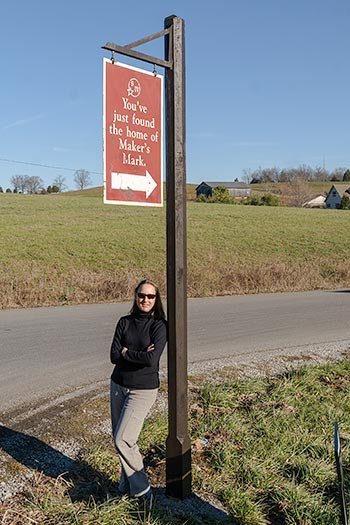 Karen contemplated moving into the Maker’s Mark distillery during the early days of our little road trip but they made her leave at 5 pm.

While our little road trip was still in the US, we made a visit to the Maker’s Mark distillery in Loretto, Kentucky but since then finding bourbon has been a challenge.During the guided Makers Mark distillery tour (US$7 per person) we walked through the whole bourbon making process, marveled at the scale of the operation (some of the vats were big enough to swim in, but we refrained), tasted bourbon, and even hand-dipped a bottle in the brand’s signature red wax top as a wedding gift for dear friends.

And that’s the heart of the matter: For us, bourbon instantly brings us back to fabulous nights out enjoying live music in New York City with our friends all around us and a glass of Maker’s in hand (you know who you are). One sip and we re-live good times with good people.

Sadly, bourbon hasn’t made its way into most Latin American liquor stores or bars. You can buy regular whiskey and many other spirits, but we’ve only ever seen bourbon for sale in Panama. We’ve contented ourselves with tequila and mezcal in Mexico and rum in Nicaragua, however, our hankering for bourbon continues. 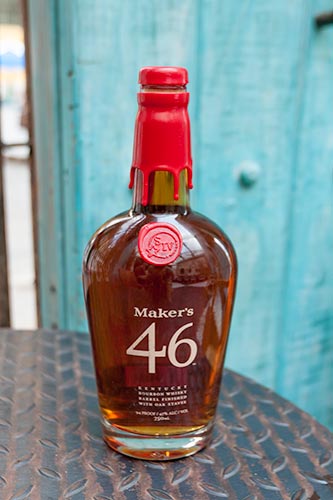 The bottle of Maker’s 46 that we brought to bourbon-free Colombia with us mere moments before it was devoured by us and new friends.

During a brief visit back to the US to see friends and family we got our fill of bourbon and even got our hands on a bottle of Maker’s 46, which is aged longer than the classic Maker’s Mark that we know and (obviously) love. Instead of cracking it open right away, we packed it up like the precious cargo that it was and brought it back to Colombia where, we said, we’d save it to share with friends.

We’d been frequenting a bar in Cartagena, Colombia called Demente and the owner, Nicolas, was always up for trying new adult beverages, especially stuff he isn’t able to get in Colombia. When we arrived back in the city we headed straight for Demente and started sipping Maker’s 46 with Nicolas, poured over Demente’s signature handmade ice cubes. 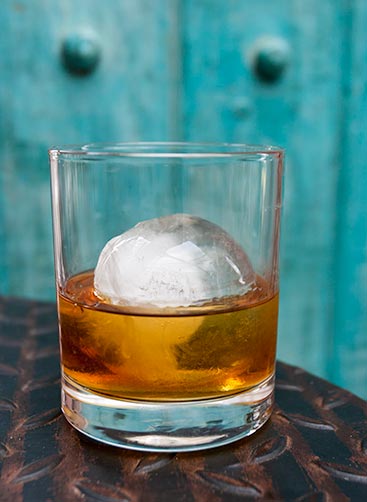 Lovely, lovely bourbon over the handmade ice cubes at Demente in Cartagena, Colombia.

Nicolas was soon hooked and the bottle was soon empty and we’d managed to create an evening that came close to satisfying our hankering for bourbon and for our friends back home. When one of those sorely missed friends made a trip down to Cartagena to meet us she did it with bourbon in her luggage too. The bourbon was different (this time it was Woodford Reserve) but the venue was the same and the three of us headed to Demente to sit and sip with Nicolas again.

The beauty of bourbon

To our delight, Nicolas had some Colombian chef friends with him at the bar including Chef Paula Silva, Leonor Espinosa (her restaurant was added to the list of 50 Best Restaurants in Latin America in 2014) and Chef Felipe Arizabaleta from Bogotá. It soon became clear that one bottle of bourbon was not going to be enough so Eric returned to our room at Casa Pombo and came back to Demente with our second bottle of bourbon 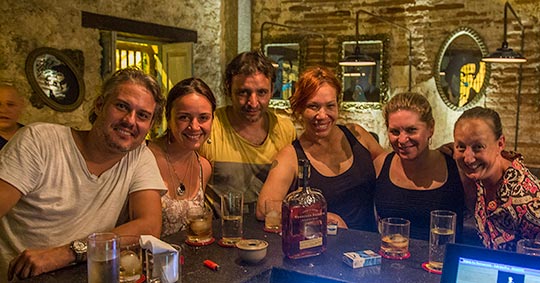 The beauty of bourbon…

Before the night was over both bottles were empty and so was the bar but we’d succeeded in reconnecting with an old friend while making brand new friends and from now on every precious sip of bourbon will bring back memories of that night. That’s the beauty of bourbon.