Chilean poet Pablo Neruda was many things: Nobel prize winner, ambassador, beloved literary icon, ladies’ man, and more. He was also a very, very house-proud person and took great care and pride in creating three homes in his native Chile. Following his death on September 23, 1973, these unconventional homes and their sometimes kooky contents were resorted, preserved, and opened to the public as the La Chascona, La Sebastiana, and Isla Negra Pablo Neruda house museums. Each intimate museum gives a distinct reflection of the public, private, and creative life of Pablo Neruda. 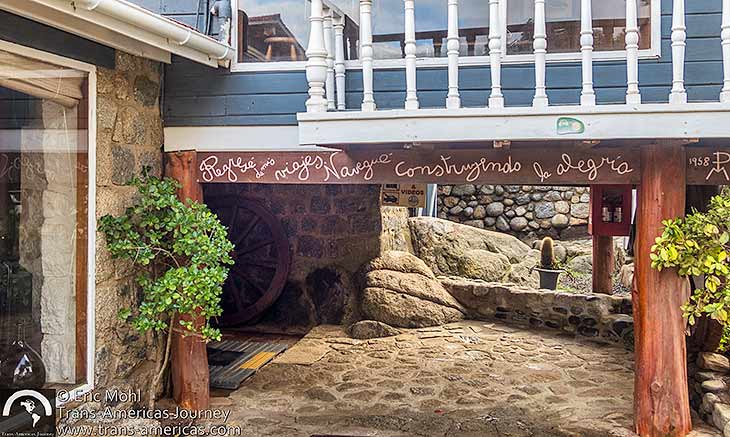 Built as a secret hideaway for the poet and his then-lover Matilde Urrutia, the La Chascona house in Santiago is a labyrinth of small cottages and rooms connected via pathways that meander through an inner courtyard. It’s all built on a hill that was once countryside but is now in the bustling Bellavista neighborhood. This house was named chascona, a Quechua word that means “messy hair,” as an ode to Urrutia’s unkempt locks. 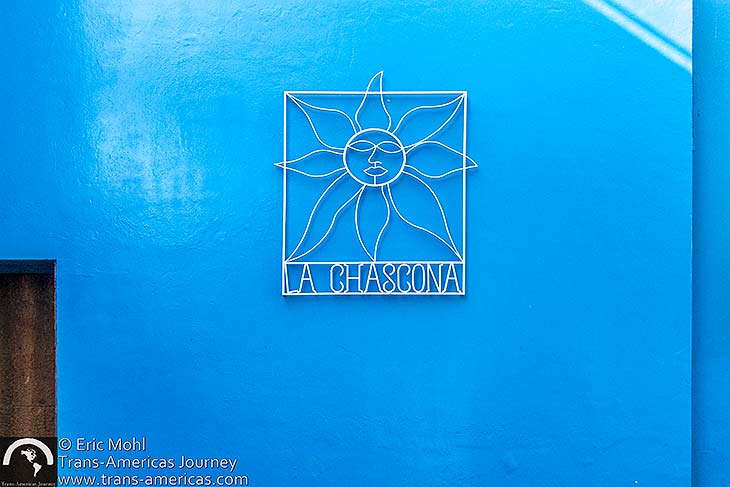 La Chascona was looted and flooded during the 1973 coup that marked the beginning of the Pinochet dictatorship in Chile. Neruda died about a week after the coup, but Urrutia insisted on holding the poet’s wake in the filthy, wet house. Urrutia restored La Chescona and she lived there until she died in 1985. 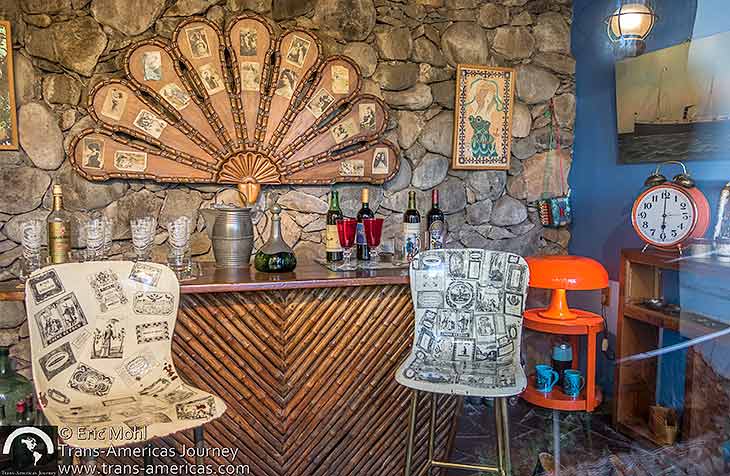 Every one of Pablo Neruda’s houses includes a small, eclectic bar (like this one at La Chascona) where he loved to entertain his friends.

Highlights: The rambling, organic feeling of the place and the glass-fronted patio bar. Also, the salt and pepper shakers on the dining table that say “marijuana” and “morphine”. You can buy a set for your own dining table in the on-site gift shop. And don’t miss the Diego Rivera portrait of Matilde.

Neruda’s friends found the shell of an unfinished house on one of the hills in the coastal city of Valparaiso and immediately thought of Neruda. He ultimately bought the place and made it his own, creating a tall stack of rooms. 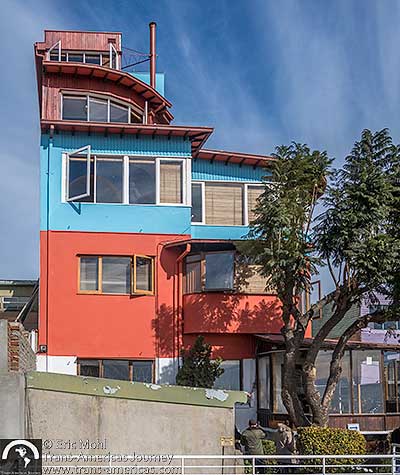 La Sebastiana in Valparaiso, Chile is a stack of small and quirky rooms.

Neruda called this home La Sebastiana as an ode to architect Sebastian Collado who started the project before selling to the author. Tiny rooms are reached via lots of narrow staircases on four distinct floors that all have great sea and city views. 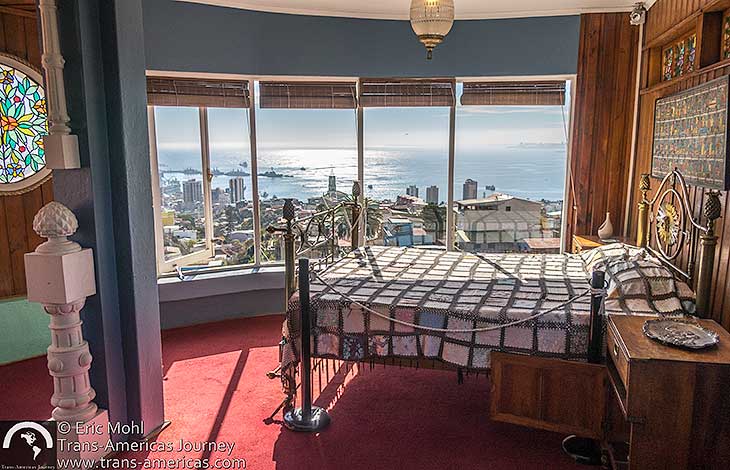 Neruda’s bedroom with a view in his La Sebastiana home in Valparaiso.

La Sebastiana seemed like the smallest of the three Neruda houses in Chile, yet the poet felt the place was too big and came with an arrangement to share the house with another couple. 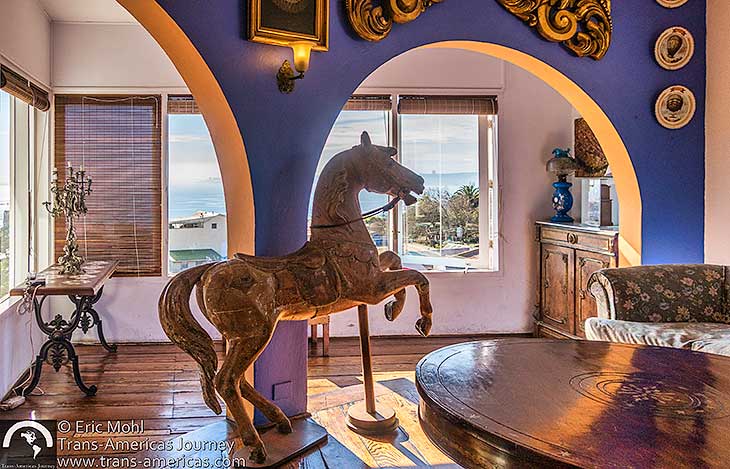 This carved wood carousel horse is one of the highlights of the La Sebastiana Neruda house museum in Valparaiso.

Highlights: The stonework inside and out which was created by Neruda’s friend, artist Maria Martner. The wooden carousel horse in the living room is cool too, as is the curved fireplace that Neruda designed. His tiny, ship-like office and library on the very top floor is also whimsical and wonderful.

Isla Negra – Neruda’s seaside favorite (and ours too) 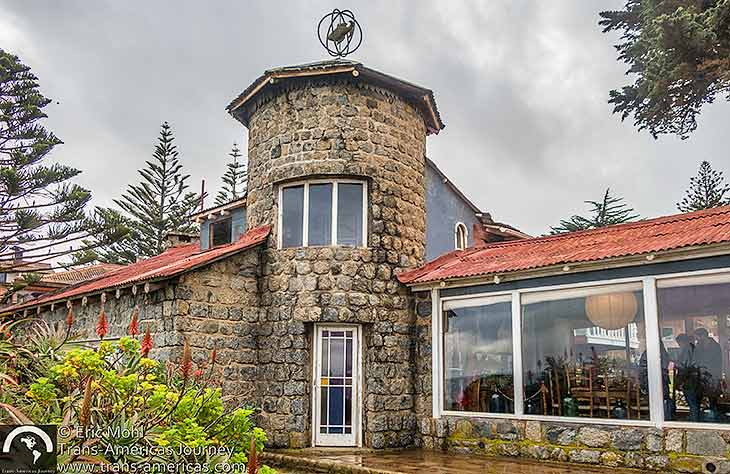 Under Neruda’s direction, what started as a simple stone shack by the sea in the town of Isla Negra became a series of interconnected buildings strung out like beads along as slight rise above a rocky beach (which has since been named for the poet). 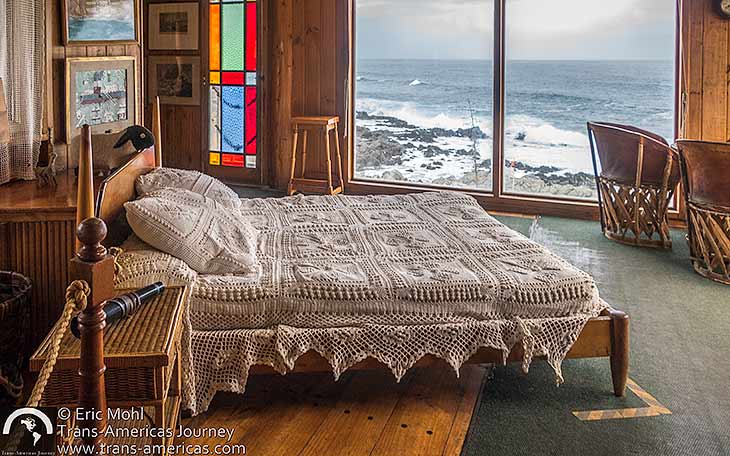 Neruda’s bedroom at Isla Negra was built to maximize the sea views from bed.

Each of the rooms at Isla Negra channels a ship or a rail car or a stable and all keep the sea front and center with great views and big windows. 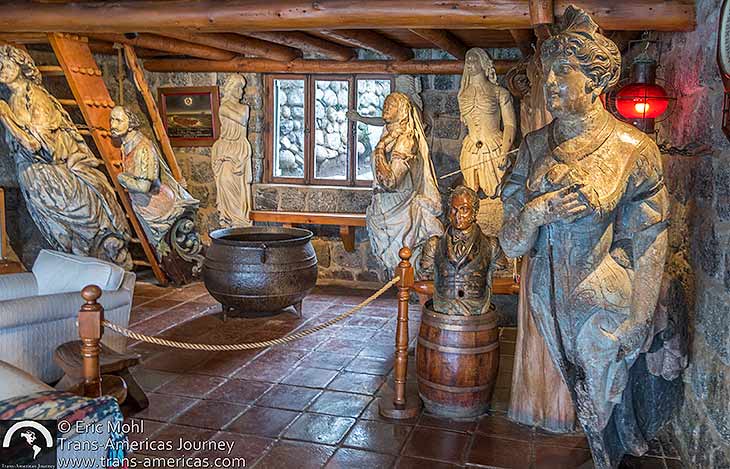 Highlights: The dramatic location and the handcrafted feeling of the place create a kind of wild hominess. The living room is crammed with a museum-worthy collection of ship figureheads and Urrutia and Neruda were reburied at Isla Negra and you can visit their simple plot overlooking the sea. 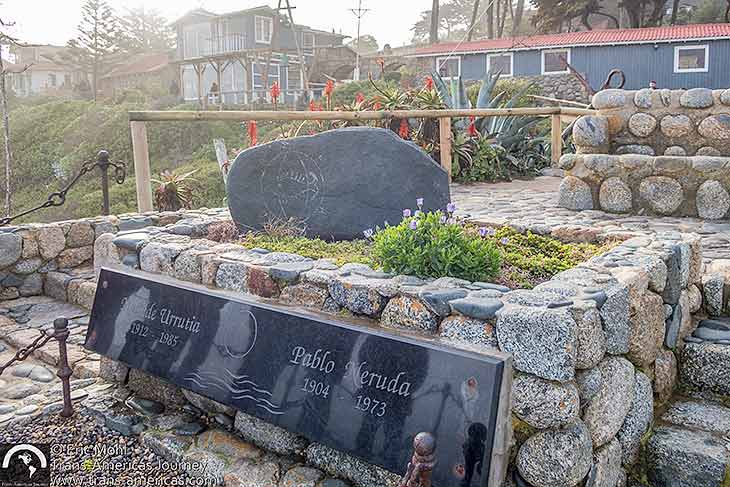 The final resting place of Pablo Neruda and Matilde Urrutia in front of his Isla Negra home in Chile.

Travel tips for visiting the Pablo Neruda museums in Chile 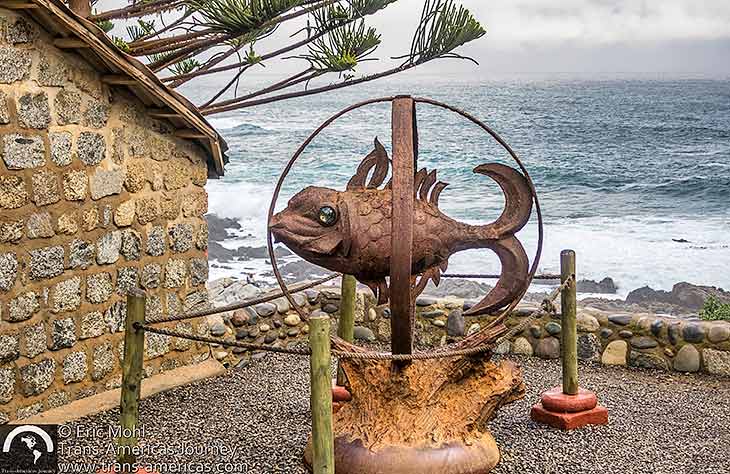 A sculpture of the logo for the Pablo Neruda Foundation at the poet’s Isla Negra home. 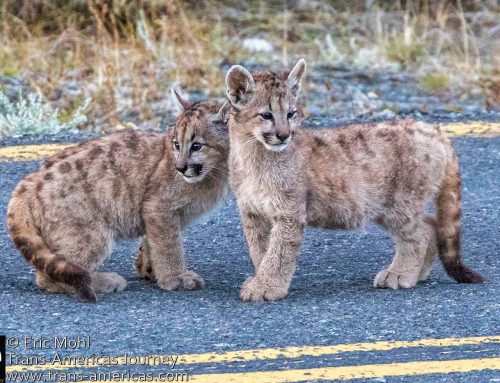 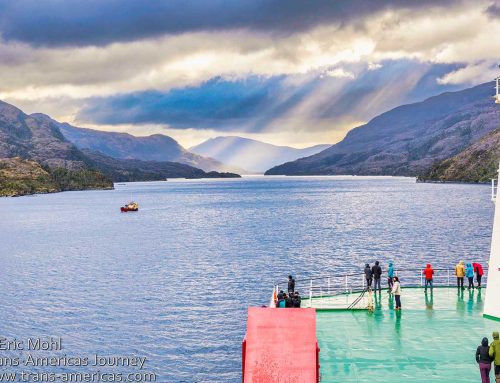 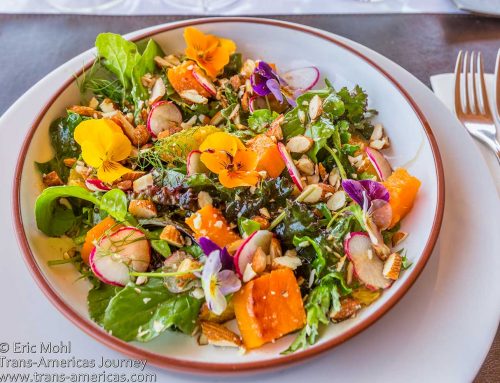 Best of the Trans-Americas Journey 2020: Best Food and Beverages in Argentina & Chile 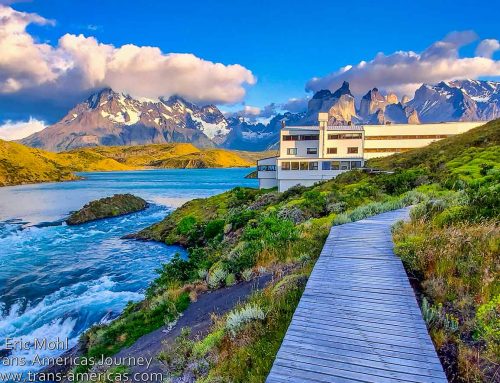 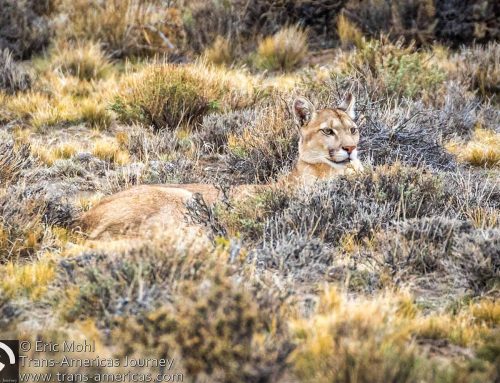 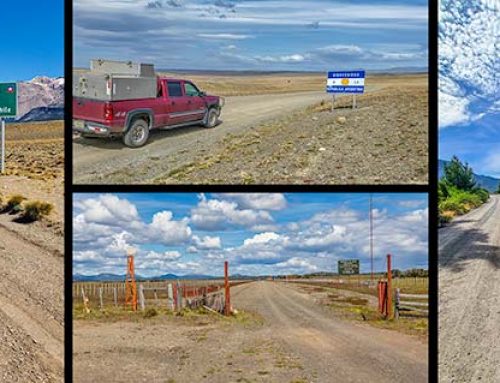