Ian Anderson, of Ian Anderson’s Caves Branch Adventure Company & Jungle Lodge, invented cave tubing in Belize, a simple and relaxing soft adventure that goes like this: get an inner tube, stick your butt in it, float into a cave that has a river or creek flowing through it, float back out. 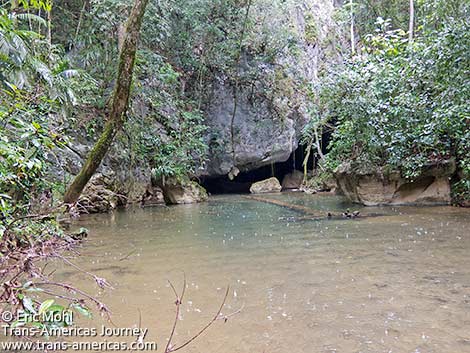 The mouth of River Cave and the beginning of our cave tubing adventure.

Ian’s classic cave tubing experience is only offered during high water, so we signed up for Ian’s River Cave Expedition  (US$85 including transport, guides, gear, and lunch) instead which includes cave tubing and walking and is offered year round.

Go inside the cave with us in our video, below.

The beginning of the trip was basic tubing as we sat in the cool, clear water and slowly paddled our way to the mouth of the cave. Once inside, the lights went out, our headlamps went on, and we continued to float inside the cave which is spooky since you can’t see what’s in the water. 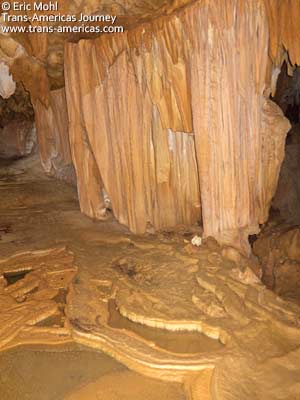 A giant chamber inside the cave draped in sparkling formations created by thousands (maybe millions) of years of flowing and dripping water.

Pretty soon the water got too shallow for floating, so we beached the tubes and took off on foot. 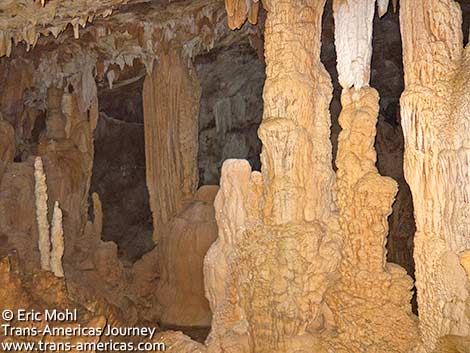 A giant chamber inside the cave full of stalagmites and stalactites created by thousands (possibly millions) of years of dripping water.

Once on our feet, the guides lead us into various chambers and up onto roomy ledges to check out areas that were used by the ancient Mayans as ceremonial sites during forays into caves (believed to be the underworld or xibalba) to speak with their gods. Because the Mayans were more than a little bit afraid of the underworld (some living Mayans still won’t go into a cave), anthropologists and archaeologists believe they had to have been in severe need of help from the gods in order to perform these subterranean rituals. The bigger the problem, they believe, the deeper they went. 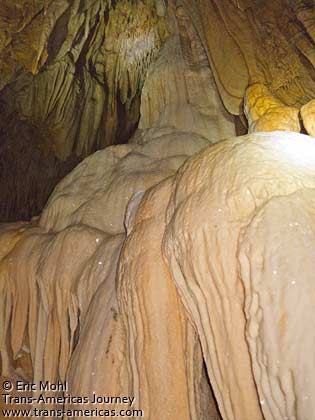 You’ve got to crawl to get inside this crystal cavern but it’s worth it to see wall-to-wall sparkling flow stones.

At the back of one of the largest “rooms” inside the cave lies a spectacular area which was like a tiny crystal cavern. It required some crawling and contorting to get into this area, but it was worth it to see the the massive sparkling flow stones created mineral-laden water running through the cave. 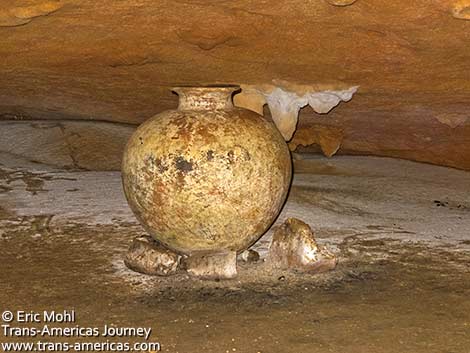 A pot on a fire site left behind by the Mayans when their ancient sacred ceremony was done. 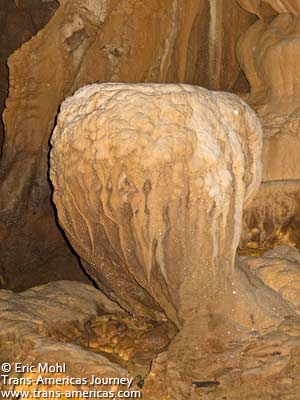 River Cave is full of weird drippy formations like this. 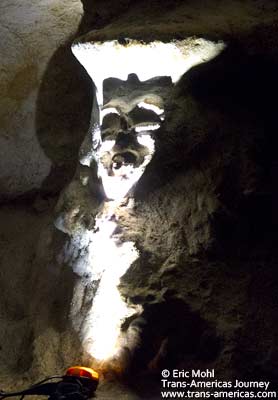 Natural and hand-carved formations may have been used by the Mayans to create shadow representations of their gods. Our guide used his flashlight to show us what this formation may have looked like when Mayans placed a torch under it. 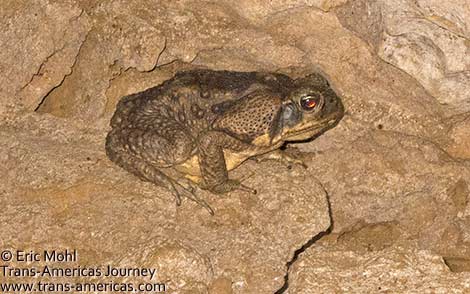 This enormous toad seemed to be doing just fine deep inside the cave, probably living on a diet of … 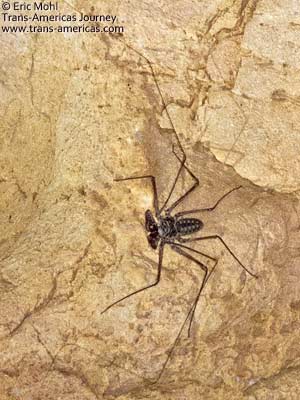 For more adrenaline, check out the two other caving adventures we had in Belize with Ian Anderson’s Caves Branch Adventure Company & Lodge including The Waterfall Cave Expedition and the aptly named Black Hole Drop.