We had more one night stands in Popayán than in any other city or town in Colombia. That’s because when you’re traveling to or from the Ecuador border (which we did five times), Popayán is perfectly positioned as a break journey for the night. People rave about the city’s Colonial architecture and the cuisine, so here’s what you need to know about the travel basics in Popayán. 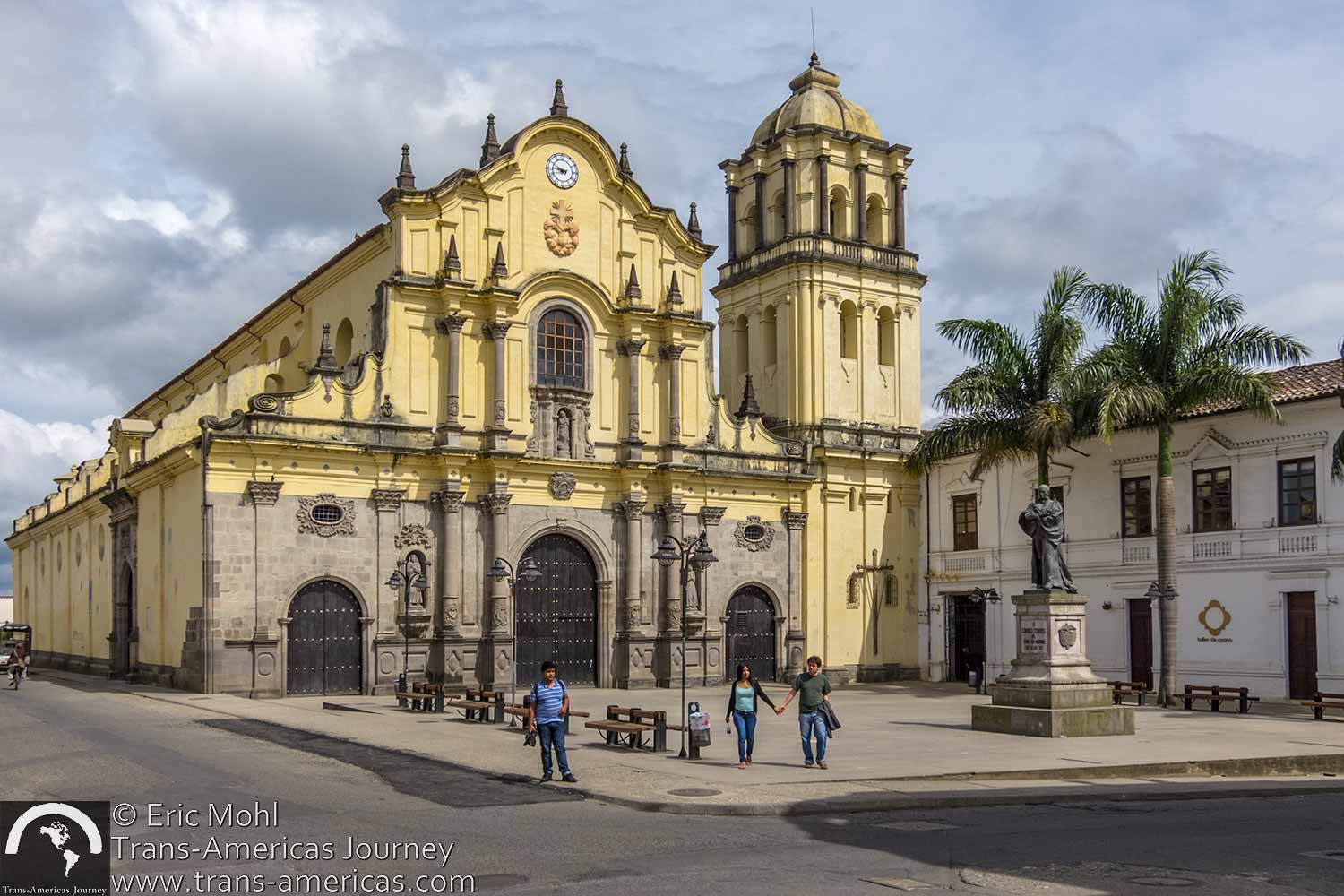 What to do in Popayán 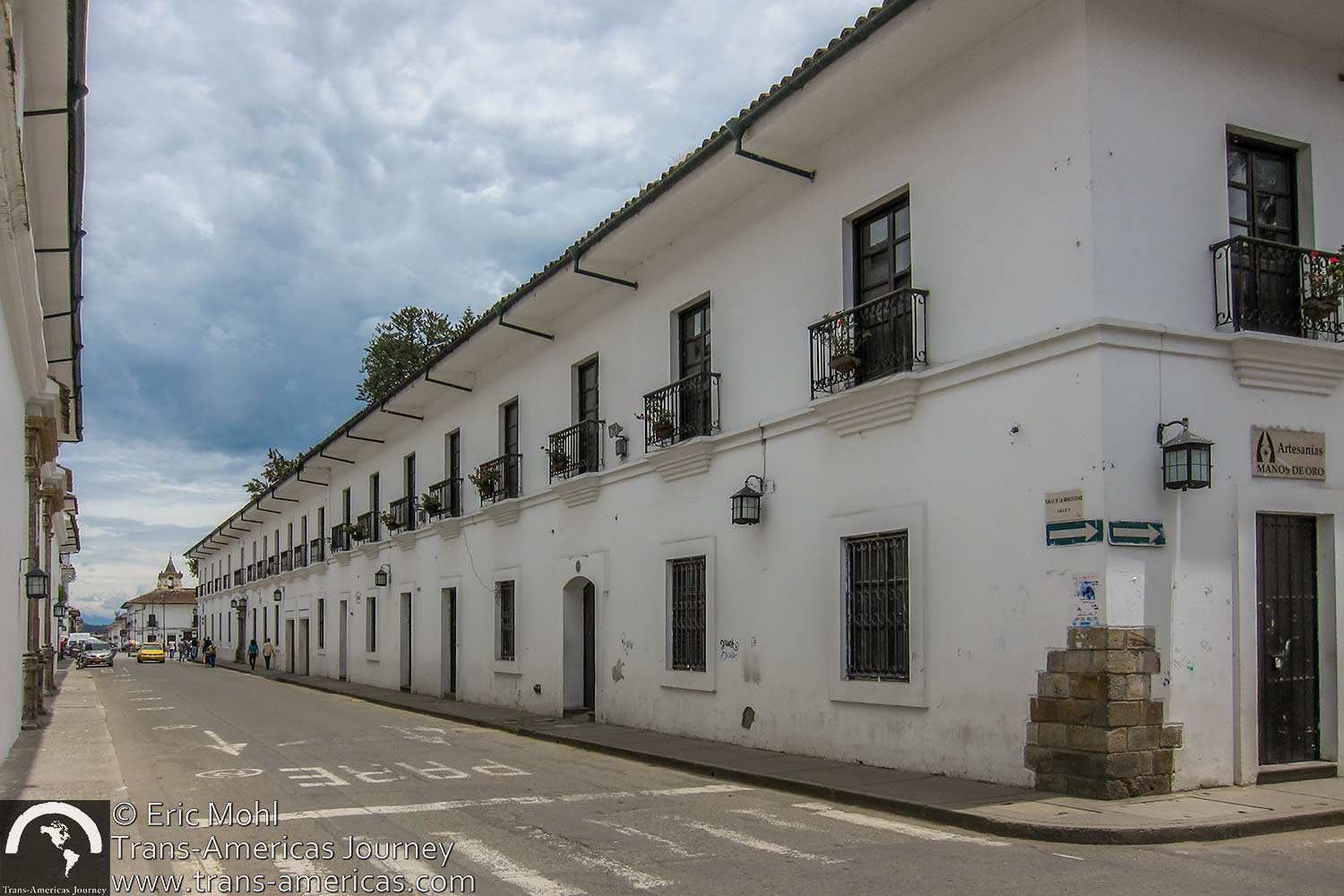 They don’t call Popayán “The White City” for nothing.

The Casa Museo Negret museum of modern art was being refurbished when we were last in Popayán, but it looked promising. And there’s also a religious art museum and a number of churches in town. 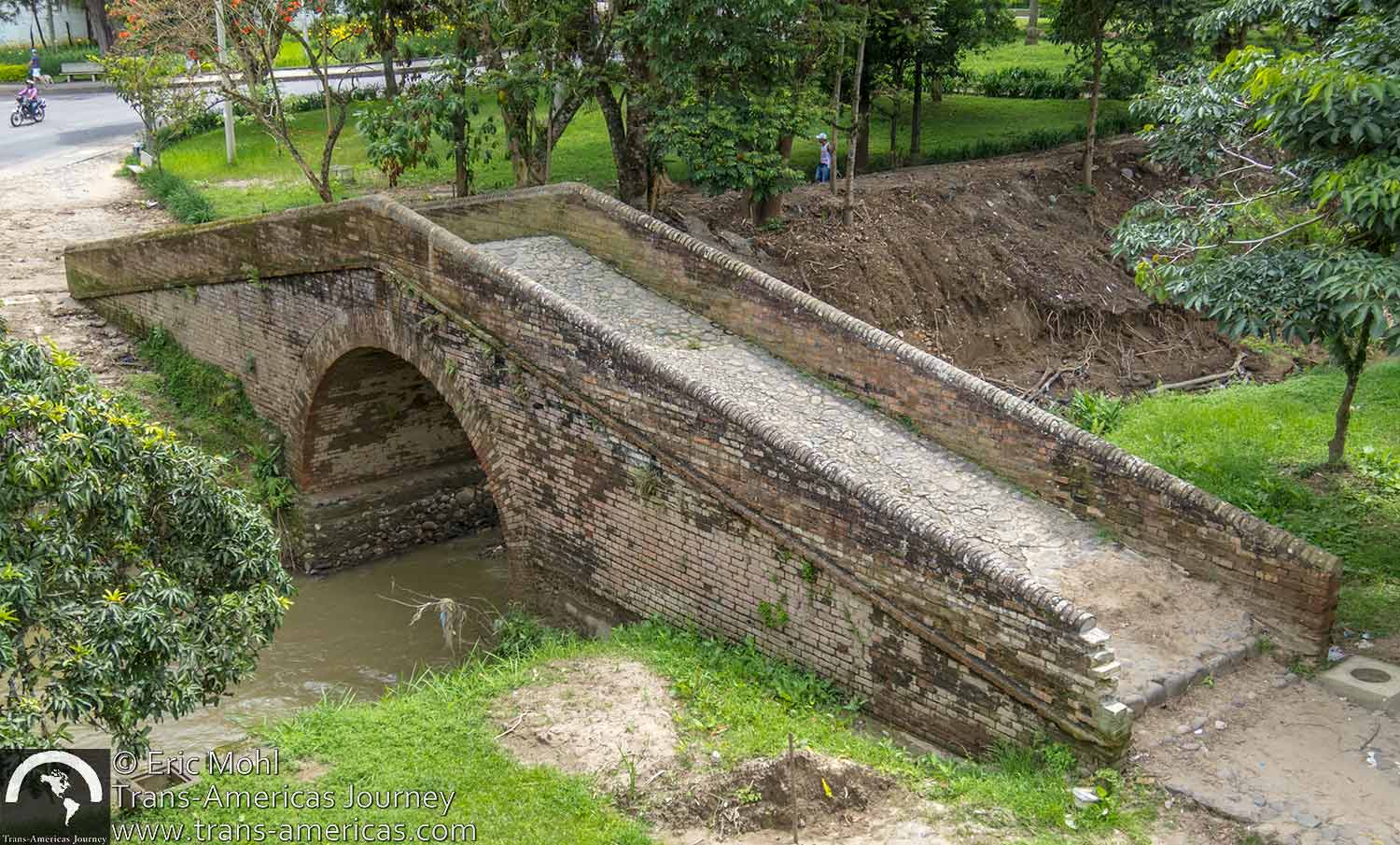 Puente de la Custodia, just one of the charming little bridges in Popayán.

If bridges are your thing you’ll love Popayán which has a few architecturally unique and historically important examples. Visiting them creates a pleasant walking tour.

The nearby Puracé Volcano is the only active volcano in Colombia that you can summit. Doable as a long day trip from Popayán, the volcano is 35 miles (55km) from Popayán and the hike up takes a few hours.

If you like festivals, plan to visit Popayán during Easter when the town puts on a massive Semana Santa celebration. There are annual food festivals as well during which you can sample the local delicacies which always eluded us. 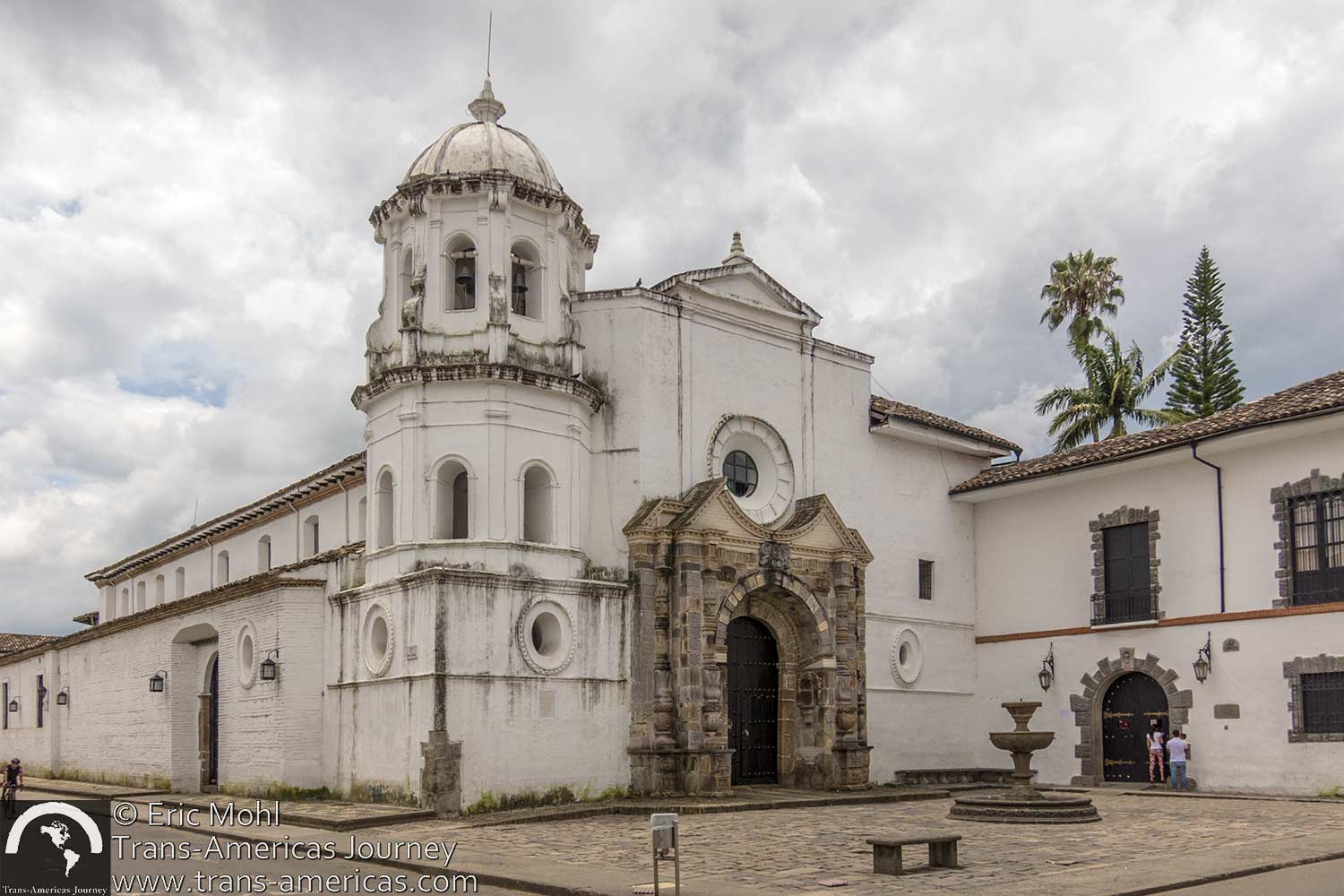 In 2005 Popayán was named a Creative City of Gastronomy by UNESCO but we usually struggled to find much to eat, especially when we arrived late in the evening as we were hoofing it to or from the border. On our first late-night arrival in Popayán almost everything was closed except carts on the square selling anemic and suspiciously tepid “burgers.” 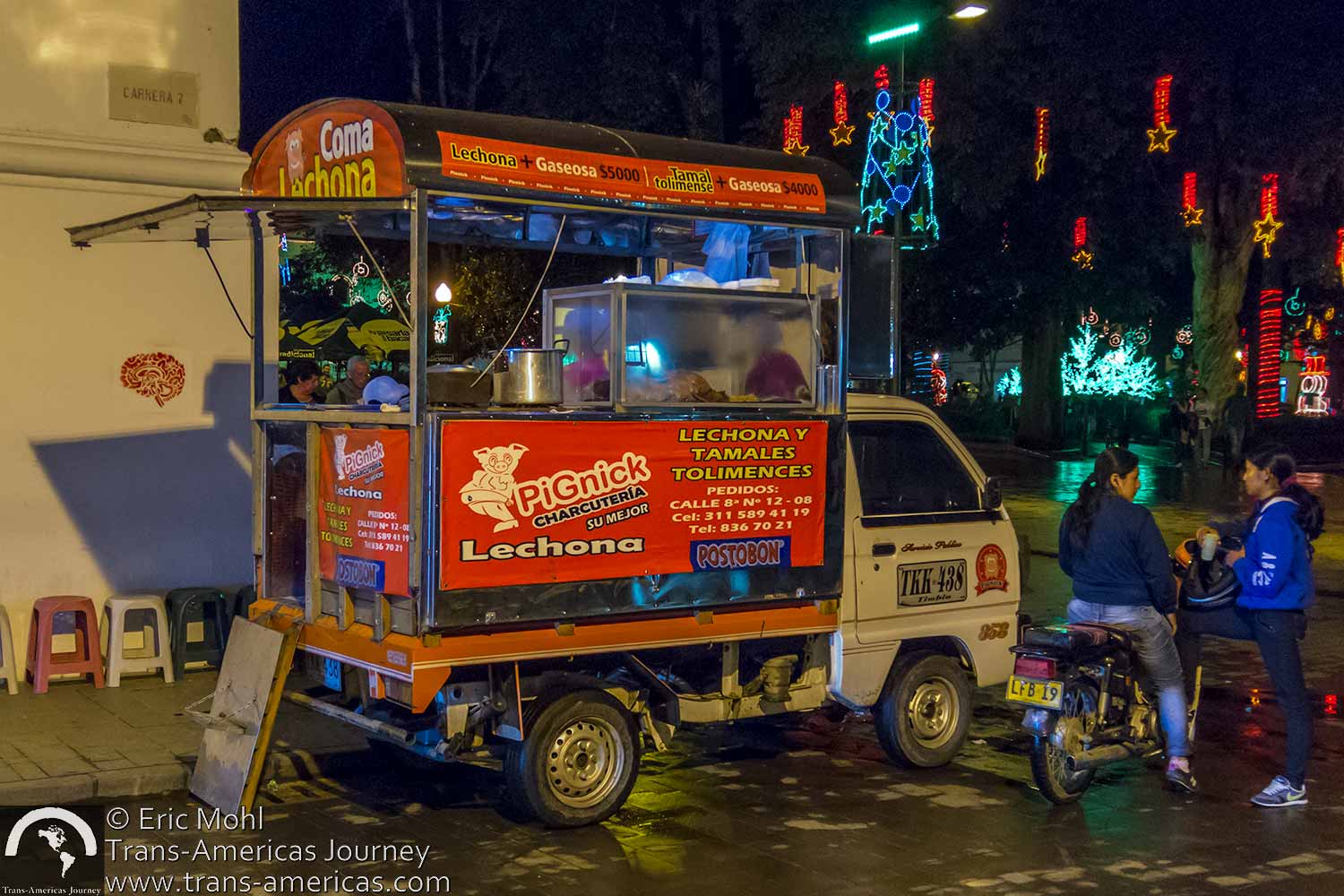 Sadly, we came across the “Pignick” cart selling lechona after we’d already eaten at El Churrasco which is located a few blocks off the square. Popayán is not cheap by Colombian standards, but at least the portions of meat and salad at El Churrasco (around COP 16,000 or about US$6) were big and tasty. Tip: order the junior half portion if you’re not starving.

On a subsequent visit we ate at Restaurante Italiano y Pizzeria which has better-than-average pizzas (29,000 COP or about US$10) and a set lunch menu for 7,500 COP (about US$2.60). We really wanted to try the traditional pipian empanadas (stuffed with a peanut-based filling) which are famous at a place called La Fresa, but it was never open when we were in town. 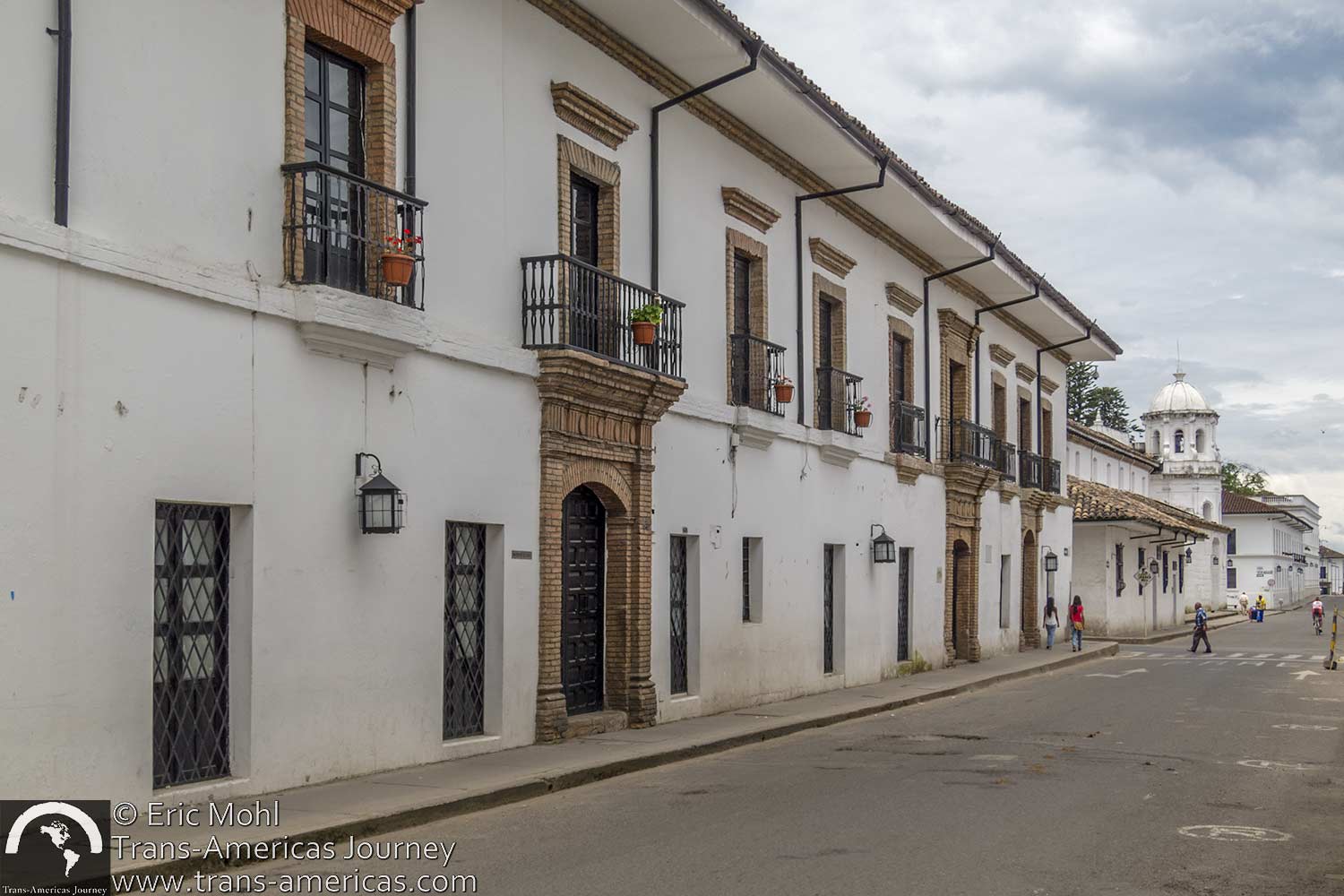 Some of the colonial architecture in Popayán, Colombia dates back to 1537.

We always stayed at Hotel Colonial (70,000 COP, or about US$24, for a private double room with bathroom, Wi-Fi, breakfast and parking in a nearby secure lot). As we’ve already noted, Popayán is pricey and this hotel is the best value we found with a safe and roomy parking area. There are some recommended hostels in town, but they don’t have parking.
Book Now