Though totally landlocked and located at just over 2,000 feet (700 meters), San Juan Girón (which everyone simply calls Girón) has a surprisingly sultry, Caribbean climate which washes over the town’s famous colonial architecture. 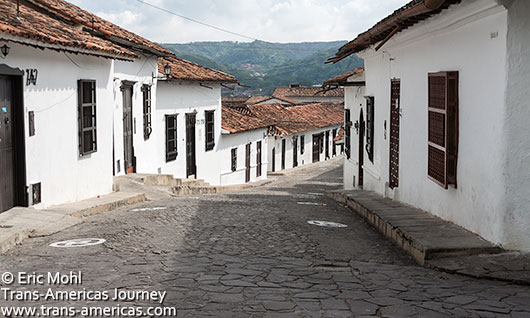 A typical street in the colonial heart of Girón, Colombia.

Modern Girón is hardly worth a second look. The small, tidy colonial heart of town, however, is a different story. It consists of less than 50 blocks but the center is an atmospheric charmer with cobblestone streets (they look fantastic but they’re a pain to drive or walk on) and well-preserved and methodically white-washed colonial buildings which have earned Girón a place on the very short list of Pueblos Patrimonios in Colombia and the nickname “The White City.” 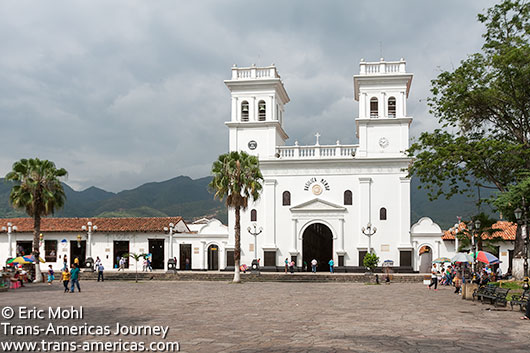 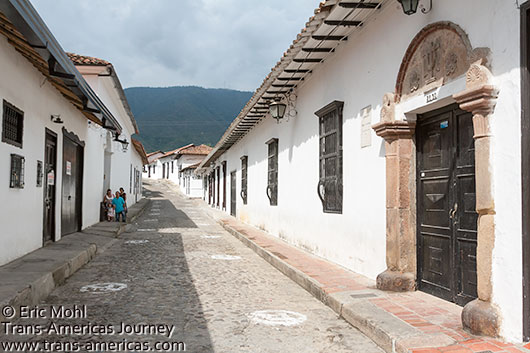 Colonial architecture and cobblestone streets in the historic heart of Girón.

A Caribbean game called bolo, which is like bowling but is played with a stone ball and just three pins, suddenly popped up around Girón as did tobacco fields which added to the Caribbean feeling of the place. 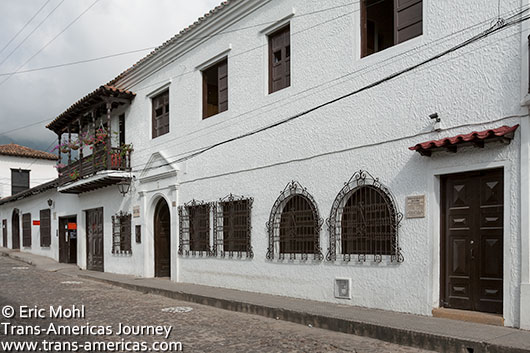 You’re beginning to see why they call Girón the “White City”.

Head for the promenade along the Rio de Oro to find makeshift fritanga restaurants where around US$10 will get you a plate piled high with fried pork, chorizo, blood sausage, potatoes, and more. It’s big enough to share. Morsels are pickup up with toothpicks and Colombians like to wash it all down with a mixture of beer and a local bright pink soda called Primero. We stuck to plain beer. 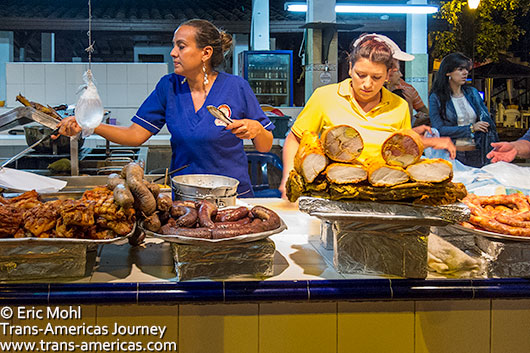 All the fixin’s for a proper fritanga at one of the outdoor stalls on the river in Girón.

Ironically, a top attraction is sweaty Girón is a small church with a revered image of the Virgin of the Snows inside. You’ll also want to find a shady bench in tranquil Parque Peralta, also known as Lovers Park. 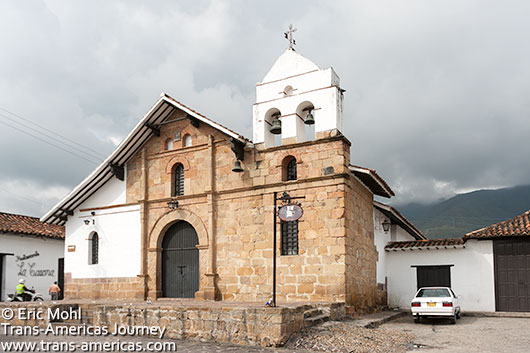 In sweaty Girón, the Virgin of the Snows lives in this church.

For a town this size, and one that’s usually visited as a day trip from nearby Bucamaranga (just a few miles away), we were pleased to find the six room Girón Chill Out Hotel Boutique which was offered more style and comfort than we’d expected. Rooms (from 210,000 COP or about US$70) include A/C and a full breakfast.
Book Now 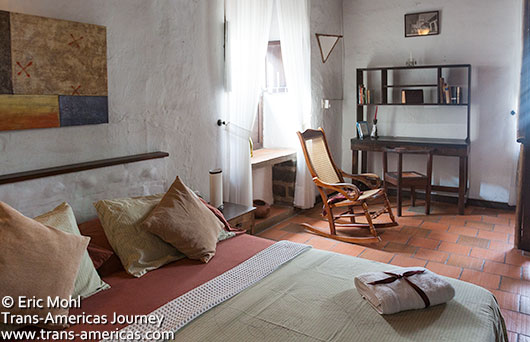 Our room at the Girón Chill Out Hotel Boutique had charm to spare and air conditioning. 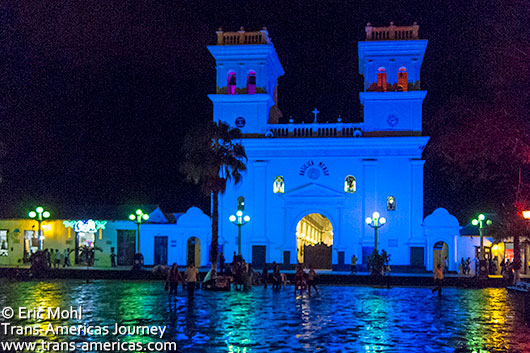 The Basilica Menor in Girón, Colombia gets the full light show treatment at night.