We first learned about tejo from Anthony Bourdain who played the game in an episode of one of his TV shows (who can keep track?). Despite being a beloved Colombian pastime, which literally involves explosives and beer, it proved surprisingly hard to find a bar that offered the game until we visited Salento. 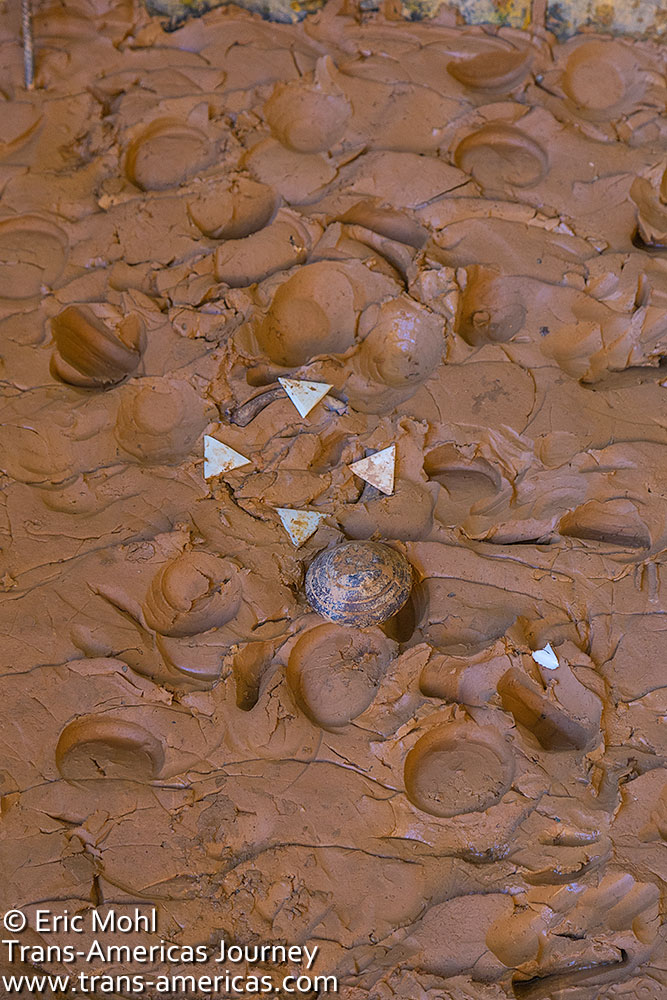 A clay covered tejo board laced with paper packets full of gunpowder.

What could go wrong?

Tejo is a simple game which involves a metal disc (called a tejo) which weighs around 1.5 lbs. (0.7kg). You toss the tejo underhand toward an angled board which is covered in wet clay. Your goal is to hit pieces of paper stuffed with gunpowder which have been arranged around a metal ring which is pressed into the clay.

You know you’re doing it right when the reaction between your tossed tejo, the gunpowder, and the metal ring causes an explosion. We finally played tejo in the otherwise tranquil mountain town of Salento where the Los Amigos bar has a massive open air tejo area set up in the back. Just pay 1,000 COP (about US$0.40) per person, grab a cold beer for 3,000 COP (about US$1.00), choose one of the half dozen or so tejo set ups and start tossing. 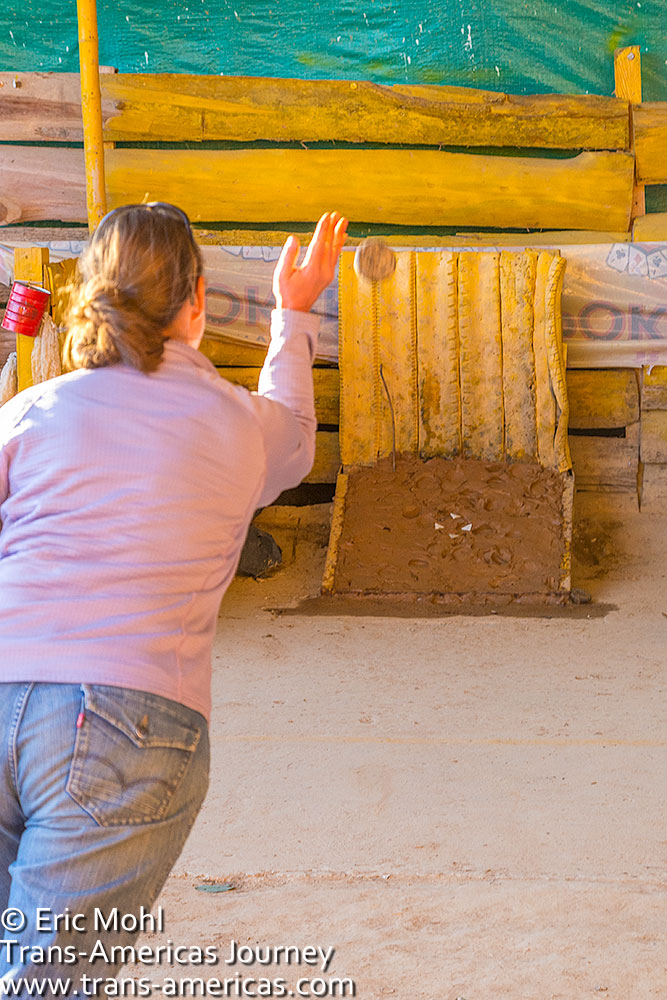 How to score tejo